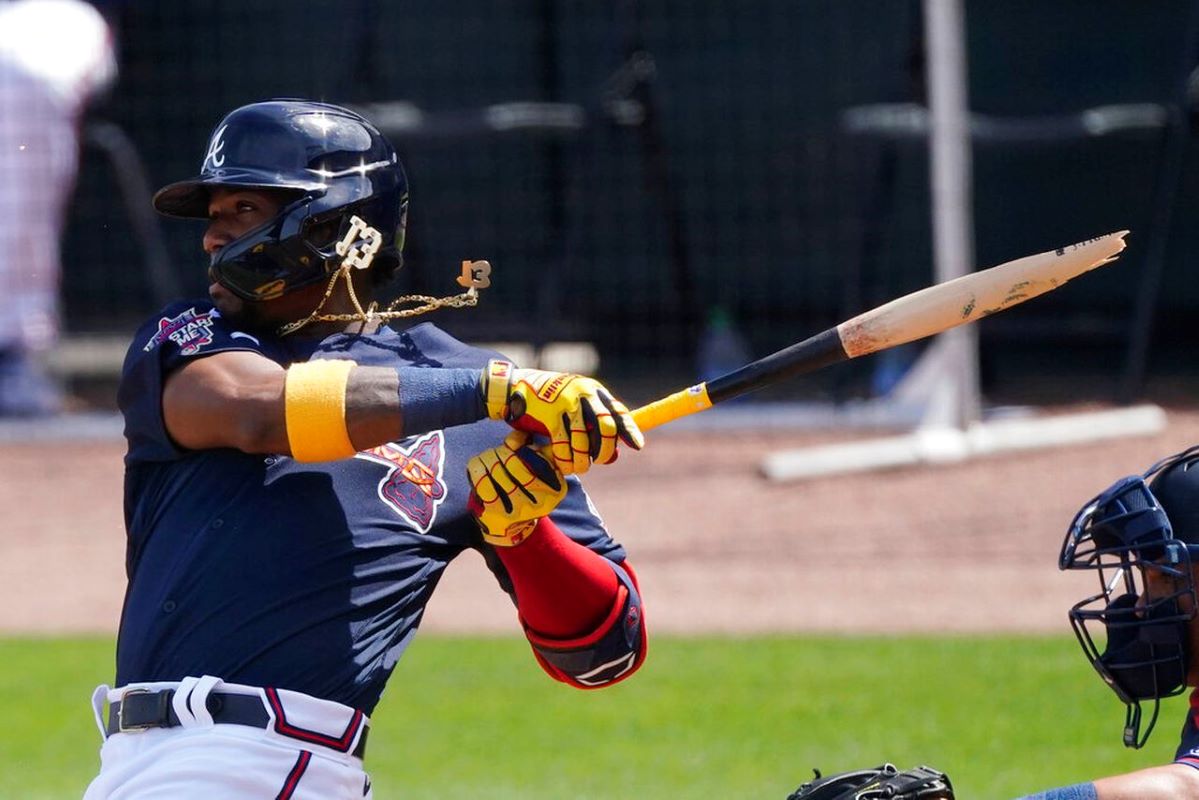 Help this fellow. He took over for an unreachable giant and the best he can do is “preside over a soporific!” No matter the sport, football, basketball or baseball, Sleepy Joe Davis can deliver no better than a lethargic call. He makes me shut the sound, otherwise I will fall asleep. Network quality? Pease. If Fox management can’t figure out that it erred promoting this unqualified fellow to a lofty job, it ought to be a bit more introspective. Baseball has its own challenges, low ratings. But how about more spirited voices?

“You can’t beat fun at the old ballpark,” said Harry Caray. Fun—not dissertation about a cutter, spitter, or fill-in-the-blank–seam curve. By contrast, today many mic men treat the pastime as a pitcher-catcher seminar, a panacea for insomnia. Remy knew better, sharing Vin Scully’s view that announcers mouthing a slew of vacant numbers rival “a drunk using a lamppost for support, not illumination.”

Curt’s comments speak volumes. They are some strong words from a wonderful baseball broadcast historian.

From a New York sportscaster on Joe Davis and MLB broadcasters today: 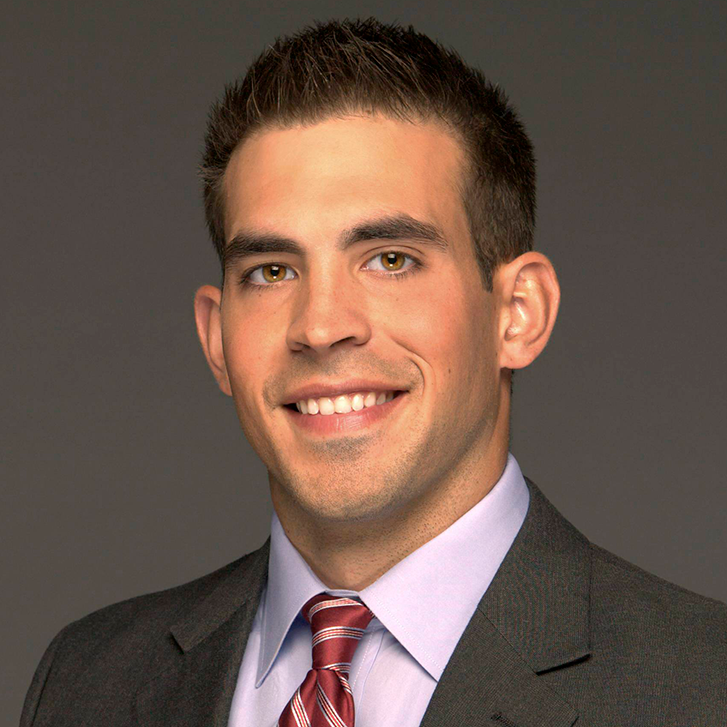 “Problem is, he’s so catatonic, the more exciting the game, the more he’s exposed. And when paired with the equally pulseless John Smoltz, Mama Mia!…Many of these network baseball announcers are all the same. Vasgerian, Orsillo, Davis. That monotone, cliche, announcer-ish sound. Can’t tell one from the next. Brian Anderson, while also a bit docile, at least has a more unique voice and a little more personality and juice. But when he shifts to basketball, like Davis, it doesn’t work. Not for me anyway.”

“Smoltz is the overanalyzer. He follows the pass of McCarver, who tried to teach us Baseball 101, every week, every game, every World Series.

“Read your (Halberstam’s) measured rant on Sterling. I’ve often wondered how he worked his way onto Yankees air on WABC. I don’t think he was particularly liked in Atlanta, Hawks and Braves. “Early on, he was quite the bombastic sports talk host in NYC on WMCA. But he does seem like a very pleasant bloke.”

Haley is correct. In his years in Atlanta, he never gained popularity. For that matter there was a write-in campaign to have him fired. He eventually was let go and wound up In New York,

I must lead a dull life. On YouTube, I found the radio version of the 1970 MLB All Star Game with Jim Simpson and Sandy Koufax. From what I can recall of the time, people were critical of the duo. Fifty years later, I would give them pretty good grades compared to the lifeless broadcasters who do it today. Simpson was smooth and comforting. Koufax, who admitted later that he wasn’t cut out for broadcasting, didn’t talk much but when he did, he shared something material. The two were in Cincinnati that night when Pete Rose plowed into AL catcher Ray Fosse to win the game for the NL in extra innings. Fosse passed last month.

David Baker ran the Pro Football Hall of Fame for the past eight years. He announced his retirement last month. Jim Porter will replace him. Let’s hope Porter will change the process by which the Pete Rozelle media award is selected. If Porter has a list of ten changes he plans, I hope this is one of  them. I spoke to Baker about the Rozelle several times. He was a good listener but impervious to any progressive suggestions, in particular finding a way to honor two glaringly missing NFL voices who boosted the popularity of NFL telecasts, Howard Cosell and Brent Musburger. The fact that neither of the two has been given the Rozelle is sinful. The award has been been given yearly since 1989.

Baker had me talk with former TV executive George Veras who now works for the Hall. I did and he vehemently but inexplicably defended the Hall’s sub-rosa process to select the winners. The inconsistencies and omissions are incriminating. Only one local play-by-play announcer got the award in the more than thirty years, the late Van Miller of the Buffalo Bills. Cosell made primetime an NFL fixture and Musburger developed The NFL Today into appointment viewing. Other than that, they didn’t do anything.

Unlike baseball’s Frick, where the nominees and voters are released, Basketball’s Hall and the Pro Football Hall share nothing about who the voters are and whether there’s even an award committee. If the late Rozelle knew that his name is being used in an undemocratic way, he would want his name expunged from the Hall’s award. The ex-commissioner grew his career through the public relationship ranks. He would want things done square and fair.

Jason Jackson, 49, the new radio announcer for the Miami Heat has never called NBA games and it shows. In recent years, he’d been the club’s TV sideliner, functioning in a less than humble way, while absorbing the limelight. The first thing he should do is practice calling games off old tapes to learn the basic fundamentals. He’s not connecting the dots and is tough to follow.

Joe Choppy would be an upgrade to Jackson who screams, yells and calls a few players by only their first names. Jimmy has a last name. It’s Butler. Work on being less ambiguous, elliptical and cryptic so listeners will know what in the world is going on. Every trip down the floor has a subject and a verb. The Heat Radio Extravaganza, or whatever Jason calls the broadcasts, is no more than a three hour rollercoaster of confusion.

On the other hand, Dave Koehn (pronounced Kane) the new Milwaukee Bucks radio voice has the goods and experience. He’d been the Voice of the University of Virginia football and basketball for thirteen seasons. Coming from the college game, he’ll have to get accustomed to the rhythmic nuances and rule differentials of calling NBA and college games. Yet Dave has what it takes to do very well. I wish both of them luck.

Anyone hear from him? Once quite prominent: NBA on Turner, Orioles, Padres, Wizards, Westwood One and Nets. At some point, a decade or two ago, he was out of work. Then I saw that he applied for the Georgia Tech football and basketball job. I don’t believe he’s ever surfaced on-air anywhere. By now, he’s in his mid 70s. In 1968, he was on an episode of Hawaii Five-O.

I do wonder about Proctor, who was popular with the Orioles and Padres. I don’t share the opinion of Davis, but I do share the opinion of the problem. Pat Hughes does those wonderful Baseball Voices CD’s, and he includes in his Bob Costas salute an interview that he did with Curt Gowdy, who recalled Paul Christman as an analyst. He said Christman often would go several minutes without speaking and the producer would want him to talk. Christman wouldn’t because he didn’t feel he had anything to say. Now we have analysts coming in on TV after every play… Read more »

Dave’s power of suggestion compelled me to find the 1970 MLB All-Star game broadcast he referred to. I think Jim Simpson did a very good job calling the game and Koufax chimed in with sound commentary. I compared this to ESPN’s recent World Series broadcasts which were less satisfying in my view. What I found fascinating looking back were the events in the 1970 game itself – the NL manager Gil Hodges inserting a pitcher, Claude Osteen, to pinch run for Willie McCovey who tied the game with a hit in the 9th inning and then stayed in the game… Read more »