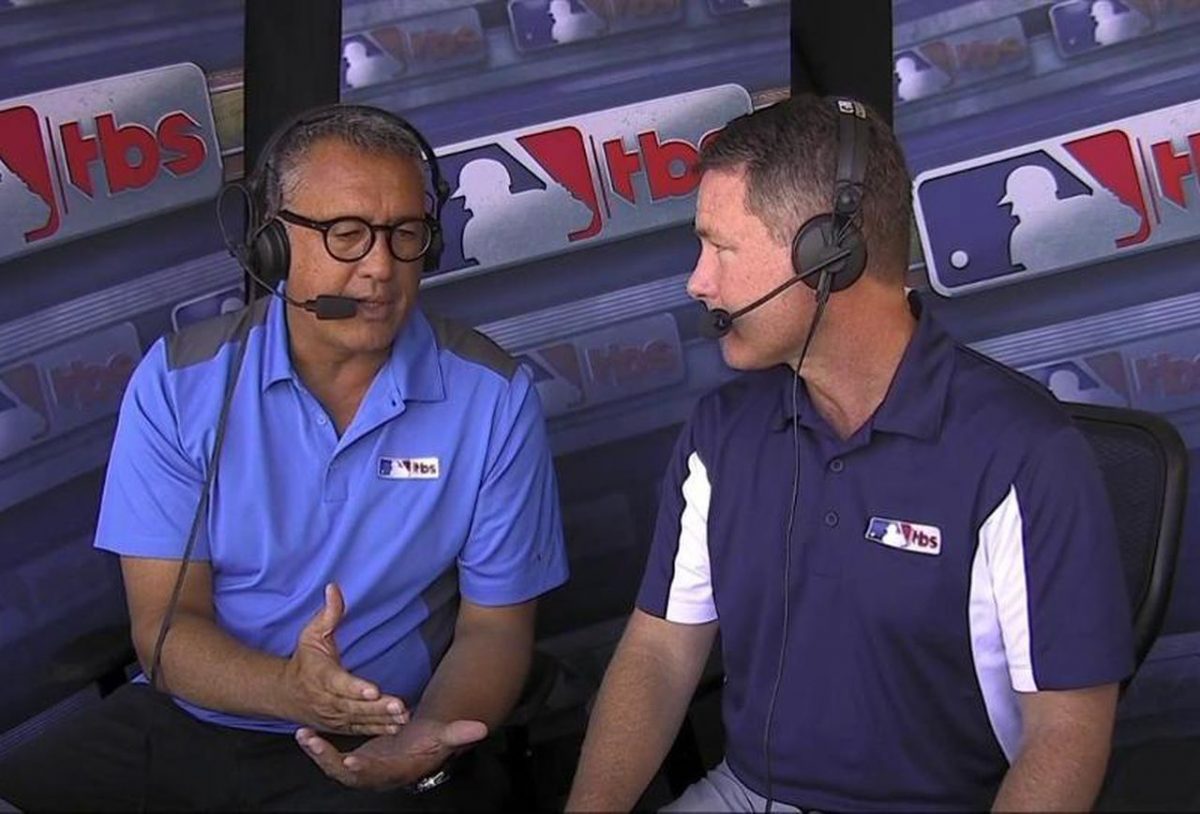 My mother, God bless her, she’s 95, always told me that if I have nothing good to say about someone to keep my mouth shut. I don’t always abide by these wise words. But I will today. No names will be invoked disparagingly.

What happened to the gripping baseball play-by-play announcer? There are those today who are smooth but terse and dull.

As Vin Scully said, “Baseball is the most difficult sport to do because it’s slow moving. It’s a lumbering sport. The other sports move quickly. If you’re not prepared or don’t know the game, you’re easily exposed.”

Baseball broadcasting minimalists, those who are mere network set-up voices, don’t rate high in my book. The best baseball broadcasters, and the ones we remember most are the storytellers. They share anecdotes, historical references and help viewers contemplate strategy. They’re colorful personalities, pros who blend elements necessary to both inform and entertain.

Let’s talk about the networks’ best baseball announcers through the years. Place Vin Scully on his own island. Then Bob Costas, Dizzy Dean, Joe Garagiola, Curt Gowdy, Al Michaels and Jon Miller, in no particular order. All wonderful. Dean, a network voice of baseball in the 1950s butchered the language so badly, he was entertaining. America of that decade loved him.

This post season the trio of Costas, Joe Girardi and Jim Kaat were the best I heard. I couldn’t shut the set. Bob was right on top of the action, shared his views and brought out the best of the other two. It took me back a couple decades when early fall was all about baseball.

A couple other good ones today in my humble view are Brian Anderson on Turner and Boog Sciambi on ESPN. Both are smooth and knowledgeable. Boog is different and unpredictable, sometimes quirky and goofy. He makes a smooth transition from ESPN TV to radio each week.

Anderson is the perfect play-by-play voice for Turner. He can step in and do a first rate job on NBA, golf, college basketball and baseball. He’s comfortable and at ease doing all. Brian does the Brewers on television and picked up the game’s nuances doing minor league ball in Texas. He comes across like a nice, easygoing fellow with whom you’d like to have dinner and learn about his baseball experiences.

Not doing network baseball currently, yet still on the national airwaves and excellent calling the sport are Dick Stockton, Dave O’Brien and Sean McDonough.

Joe Davis is moving up the charts. Anyone who can take Scully’s Dodger seat and still be there three years later unscathed has to have talent. Joe does. And what I heard of Ernie Johnson this week, I liked. With each rep, Ernie gets better and better. He spins tales and captures the emotion without being melodramatic. He grew up with baseball. His dad Ernie Sr. pitched for the Braves and was a longtime announcer for the team.

Harry Caray, Phil Rizzuto and Hawk Harrelson, where have you gone? Unfortunately, many local voices today have the personalities of wet rags. Yes mom, no names today.

The four in San Francisco are fabulous. Jon Miller, Mike Krukow, Duane Kuiper and Dave Flemming do both TV and radio. You can argue with me. But a pretty good case can be made for this quartet as baseball’s best local foursome!

Yesteryear’s giants would struggle to be hired in 2019 because of today’s misguided network standards, even the greatest, Scully, Mel Allen, Red Barber, Gowdy,and Garagiola. Would a network hire Bob Prince? How about the poetic Ernie Harwell? He’s be viewed as anachronistic.

Announcers are muzzled today by analytics, unending replays, graphics and promotional announcements. Baseball on television is losing its broadcast personalities and raconteurs. It’s sad. A Jon Miller, around ten years ago, is gone. Yikes.

While Joe Buck is somewhat of a setup man, he’s knowledgeable and leads his analyst through suggestions, questions and by initiating a discussion of strategic options. Joe grew up watching the Cardinals and learning under dad Jack. While he can sound emotionally detached, he loves baseball and worked the minor league trenches before getting to the big leagues.

Turner announced its broadcast team for the NLCS. St. Louis and Washington begins tonight at 8p ET.  Brian Anderson  will handle the play-by-play call and will be joined by Ron Darling and Jeff Francoeur who has a folksy style but contributes less substance than Fox’ John Smoltz or partner Darling. The network intimated that Ernie Johnson will focus on the NBA whose season is about to tip-off. So Johnson is done with baseball for the year.

Buck and Smoltz work the ALCS and World Series for Fox.

On ESPN Radio, Boog Sciambi and Jessica Mendoza call the National League Championship Series. Game #1 on Friday has Washington at St. Louis. Dan Shulman and analyst Chris Singleton have the ALCS. That’s the Astros and Yankees which begins tomorrow night. Shulman will also have the Series on radio.

What will do a better rating tomorrow night, baseball or college football?

ESPN announced that it plans to air 3000 college basketball games this season. Before ESPN was born in 1979 and sired ESPN2, ESPNU, ESPN Classic, ESPN News, Plus and 3, the country saw about twenty games a year. In addition there are  ACC, SEC, Big Ten and Pac 12 Networks. Yes, college conferences now have eponymous networks of their own. Who would have believed the emergence of those vertical networks a generation ago? And now with all the streaming, you need a dozen sets of eyeballs.

Three thousand from ESPN alone. Wait till we hear how many games Fox, CBSSN and the conference networks will air.

Every Division I conference will be represented on ESPN, as teams from each conference will be featured on one of ESPN’s network. Five games are set to air on ABC this season . All the fun starts with Kansas vs. Duke and Michigan State vs. Kentucky on Tuesday, Nov. 5, beginning at 7 p.m. ET

Lots of morsels! Dan Hoard is a friend and onetime colleague of Ken Levine, the comedy writer/sometime baseball broadcaster, and in a Simpsons episode that Levine wrote with his longtime co-writer David Isaacs, the sports announcer is named … Dan Hoard. On Joe Davis: he has said that he does more storytelling on Dodger broadcasts than he otherwise might have because that is the style Dodger fans have grown to expect. And I’ve heard enough of him to be able to say, we Dodger fans have a winner. Happily, Dodger fans know it: they get that they could never fill… Read more »