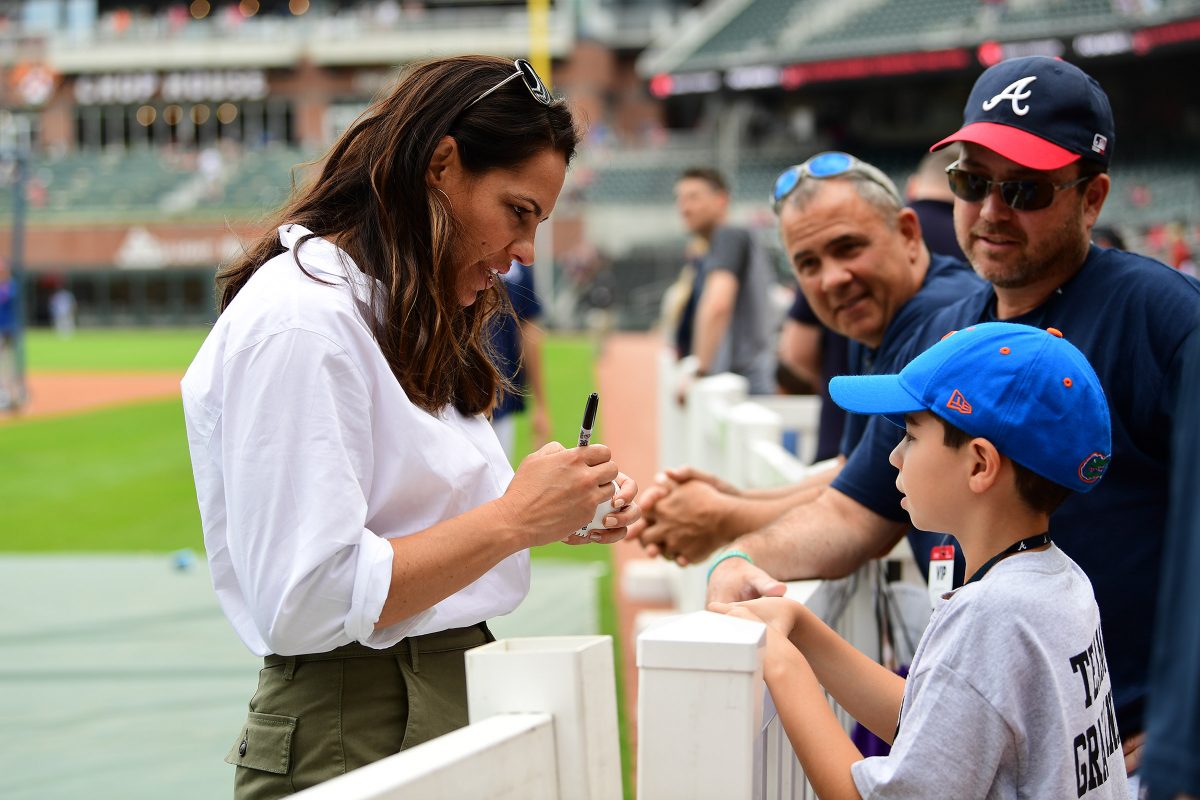 From an interview with the greatest sports announcer of broadcasting’s first century (1921-2021) – Vin Scully:

“Baseball is the most difficult sport to do because it’s slow moving. The other sports move quickly. Golf is a relay team broadcast.

With baseball, the listener or viewer knows as much as you. It is a slow lumbering sport.

You have to be prepared with something extra to add beyond some of the basics. If you’re not prepared or don’t know the game, you’re easily exposed.”

To begin with, other than game coverage per se, be it through realtime data online, radio, television or its tentacles, MLB’s post season visibility paled. When the season ended last weekend, the matchups were difficult to find and were a mystery to many. In some instances, it required a deep-dive on Google. This said, when I found the A’s-Rays game, it was nice to see a large and enthusiastic crowd in Oakland.

On the bright side, there’s Boog Sciambi, a baseball nut, a student of broadcasting and while close to 50, appeals to a pop-culture age, yet presents the game traditionally and cheerfully. To hone his skills early on, he did a summer league team, the Boise Hawks. The fact of the matter is that he should be ESPN’s lead television voice and get top billing on Sunday nights. Boog currently does games on Wednesdays. He brings an unpredictability, irreverence and candidness  to the booth that’s welcoming. And he knows the game! He’s working the the Dodgers-Washington series on radio.

Matt never did it for me. He’s a pro but presides over a soporific. A story, a yarn, some human interest stuff. Not a lot there. Let your guard down please!

Here’s a fellow who’s constantly criticized for his steroid use and cover up. Understood. This said, I appraise analysts based on what I learn from them, the warmth of their personalities and their love for what they do. By this measure, Rodriguez gets the job done. He’s upbeat, enlightens the viewer’s experience and provides insight into the game.

She’s well prepared, interviews players and coaches and brings the informational goods to the broadcast. But once she’s exhausted her notes, I get the feeling she’s out of material and labors to contribute.

Not a shining moment for ESPN. Berman took a major beating on Twitter for his call on ESPN Radio. If I quoted what I read on social media, this site would be X rated. Fans carped in measured characters, complaining that it was impossible to follow the St. Louis-Atlanta games that he called.

Red Barber pioneered the radio rhythm in the 1930s. Prepare the audience for what’s about to occur, then describe in present tense what is occurring and the response to the action. For example, “Sanchez gets ready to pitch. He delivers. Turner swings and misses.”

For a fellow who made a career of copping Barber’s ‘back, back, back’ call when showing a highlight, Berman is incapable of employing Red’s fundamental teachings.

Without expectation or definition of relevance, the crowd suddenly roared. Haphazardly, Berman would bellow an impromptu sermon while the poor audience was left in the dark. And abruptly, there was a man on second base.

Radio should’t be a dumping ground, certainly not in the playoffs. The man has had a wonderful career working the Bristol studio. He has talent and by many an observer has been the face of ESPN for almost 40 years. But please Chris, don’t insist on doing these games. It’s a terrible disservice to the fans.

Yesterday, when Berman had a paid-tier football assignment in the studio, Adam Amin stepped in. Now this Valparaiso man, class of ’09, was good, really good. I’ve heard his impressive football and basketball work but baseball requires another skill set. The fact is that he did his prep and learned in the trenches. In his formative years, he called games for the Gary South Shore RailCats. His call with partner Rick Sutcliffe of Atlanta’s implausible comeback in yesterday’s ninth was one for the books. It was descriptive, insightful and accordingly, dramatically stamped. Amin was refreshing. He’s a keeper.

Now the toughie. This one hurts.

First, Kenny Albert is dedicated, hard working, humble, a gem of a person and one of the most liked fellows in the business. He’s also quite an accomplished broadcaster. If each of his jobs would count separately, the record unemployment rate in this country would drop further. Kenny does Rangers radio, albeit he misses many games due to other assignments. He is a back up announcer on Knicks telecasts, does Stanley Cup hockey for NBC as a number two behind Doc Emrick, does boxing, the NFL and baseball for Fox. Am I missing anything? No, he doesn’t sell newspapers in front of Madison Square Garden.

As hard as dad Marv worked in his prime, the younger Albert is making his father appear like a slacker. This weekend, the younger Albert did what others would never do, two baseball playoff games, Astros-Rays, one on Friday and another on Saturday night. He then slept quickly and did football for Fox yesterday. Quite a feat!

This all said, let’s get down to Ken’s work quality. He’s an excellent hockey man. It’s his best sports. When Mike Emrick retires, the lead NBC gig should go to him. He’s also a fine football announcer. He has an amazing knack for remembering numbers and factoids and when to use them in a broadcast. He does use numbers frequently.

But baseball? Kenny never worked the minor leagues. He never learned the basics in the trenches. Unlike Amin and Sciambi, he didn’t sit on buses talking with managers and coaches, picking up anecdotal or empirical information. It’s a basic requirement for a good baseball announcer. Either that or you played the game.

The great man, the broadcaster of the century, Vin Scully who did sports other than baseball, shared this in an interview last year when asked about the toughest sport to broadcast:  “You have to be prepared with something extra to add beyond some of the basics. If you’re not prepared or don’t know the game, you’re easily exposed.”

Kenny doesn’t know the intricacies of the  game. He can spew stats and factoids smoothly but can’t identify a pitch. On Saturday night, I watched virtually the entire game. Not once, to my memory, did he identify a pitch, even broadly, fast ball versus breaking ball. Nothing sophisticated like a two-seamer. Neither could he engage with his colleagues in what to expect strategically. He’s not a storyteller in a sport that’s all about tales and anecdotes. Kenny’s smooth but his lack of knowledge is badly exposed.

Let’s deal with the imperative of reality. He should stick to the other sports, particularly hockey where he excels.

Fox has choices. Joe Davis is on the Yankees-Twins series and Joe Buck is still on football. For starters, Thom Brennaman calls the Reds on television. He’s a baseball man. Dick Stockton has done baseball for years!

Caught a couple of local broadcasts.

Milwaukee announcer made Brewers wildcard trip to DC. Doesn’t travel much these days. He just finished his 49th season as a Milwaukee radio announcer. Still cranking it out at 85, using a well-schooled rhythm, Uke spices his excellent call with patented humor, great depth and entertaining one-liners.

Caught them in the car on SiriusXM calling Rays’ win over the A’s in the wildcard. These fellows work symbiotically. They both paint beautiful pictures, are laid back, very well informed, understand the game, anticipate like baseball men on the field and delight listeners with the occasional and apt anecdote.

When I tweeted out praise, I was overwhelmed by the number of Rays fans who chimed in with their individual endorsements of these gentlemen. In a market where the team doesn’t draw, Wills and Freed are very well liked.

The previous second-place mark was 3.20 million, set by the Yankees’ only other playoff appearance on the network (Yankees-Indians Game 2 in 2017).

I found Berman entertaining and fun.