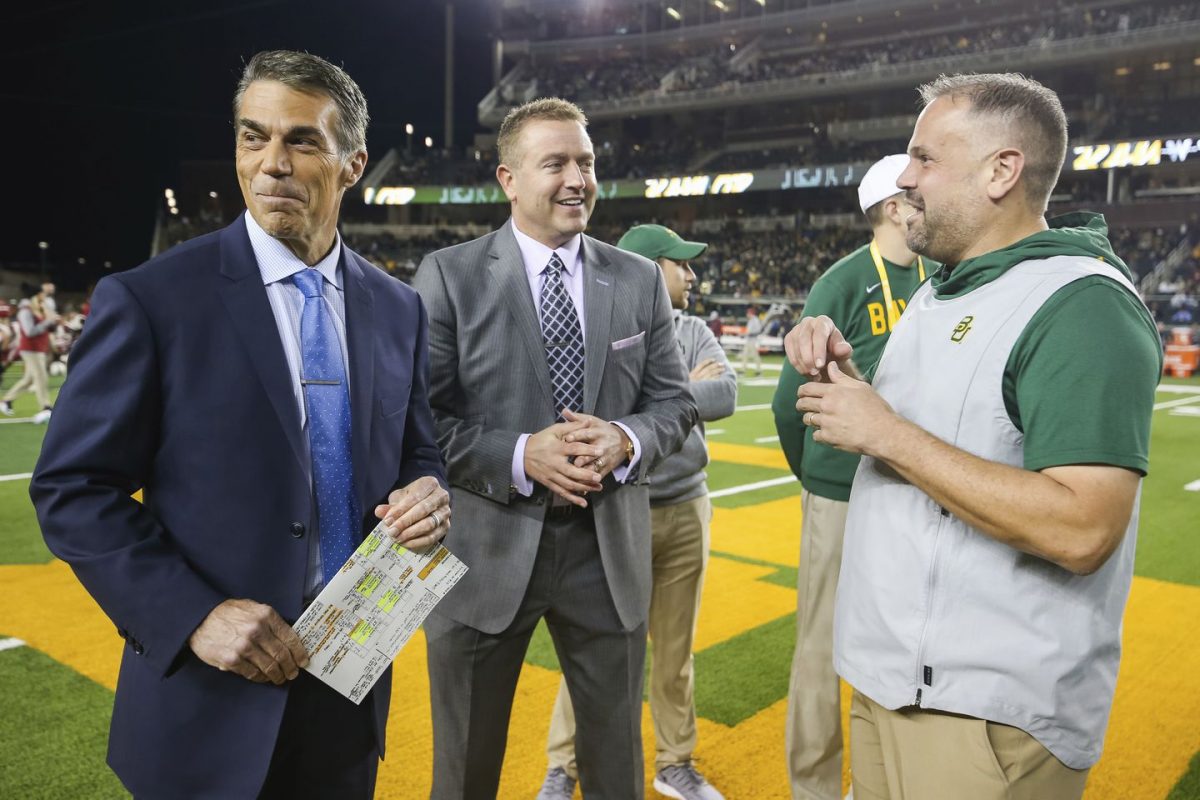 Chri Fowler, all the way left, and Kirk Herbstreit, just to his left. The two might be assigned the MNF booth if the college football season is cancelled or pared.

Michael McCarthy of Front Office Sports reported recently that ESPN will likely assign Chris Fowler and Kirk Herbstreit to MNF if the college football season is cancelled. If so:

For those who missed it on Monday, Bob Costas and Tom Verducci elegantly hosted MLB Network’s one-hour special on Jack Buck, a St. Louis icon and longtime baseball and football network announcer. Other than for a couple of disjointed seasons, Jack presided in the Cardinal booth form 1954 until close to his death in 2002. He was likely beloved more than any city father or local hero of his time. Jack painted a picture and punctuated big moments with his heart. Whatever the moment required, he captured it with what it took, a vocal ax or scalpel. Jack wore his emotions on his sleeves and St. Louisans knew that he shared their passions and desires.

From an historical perspective, think of what Buck accomplished in St. Louis. He was an understudy to Harry Caray when he was first hired. Caray ruled the roost in St. Louis then. He was bombastic and charismatic.

When Caray was fired after the 1969 season, Buck was elevated to number one. Before long, he earned an exalted embrace that grew through the decades. From a rear-view mirror today, Buck is remembered by most as St. Louis’ most popular baseball man ever.

Succeeding a local broadcast icon and surpassing him in popularity which Jack did, doesn’t happen often. It’s quite a challenge for that matter. Milo Hamilton was blown out of Pittsburgh when he took Bob Prince’s seat.

Historically, the first fellow I think of Is Vin Scully sitting in the Dodger chair dominated prior to him by Red Barber. Yet it took Vin years before he earned his deserved stripes. The baseball world began extolling his virtues when the team settled in Los Angeles in 1958. The other might be Caray himself who became a Chicago icon in the 80s, following Jack Brickhouse with the Cubs.

You might argue that the Caray-Buck duo was baseball’s best ever. But that argument can run deep. Others might say Bob Prince and Jim Woods in Pittsburgh, Scully and Jerry Doggett in Los Angeles or Russ Hodges and Lon Simmons in San Francisco. There are quite a few other historically popular two-man teams too.

Buck, as you well know, did lots of football. In 1964, the Cardinals baseball team clinched the pennant on the final day of the regular season which could have ended up in a three way tie (Philly, Cincy and Redbirds). There’s a recording of the game on YouTube. Harry Caray did the play-by-play. Jack Buck was in Los Angeles doing a Bears-Rams game for CBS. The Cards beat the Mets, won the pennant and beat the Yankees in the World Series.

In Jack’s autobiography, That’s a Winner, he writes: “I’ve always considered Ted Husing, an announcer a long time ago, one of the best football broadcasters ever and I would put Ray Scott, Ken Coleman and Dick Enberg in that class. They are the best as far as I’m concerned.”

Husing was America’s first sports announcer and in the 1930s created the spotter’s board for football, a version of which is still used today. For voices of Jack Buck’s era, from Scully to Jack Brickhouse and others, Husing was a legend who had few peers. He had competitors but Ted is considered the progenitor, the voice who developed sportscasting. In his autobiography, Brickhouse makes it clear that aspiring broadcasters must listen to Husing’s football as part of their preparation.

COMING UP NEXT WEEK A TWO-PART Q&A SERIES WITH JOE BUCK. HE TALKS HIS CAREER, POLITICAL CORRECTNESS, HIS DAD JACK AND THE PRESENTATION OF FOOTBALL AND BASEBALL ON NETWORK TELEVISION! 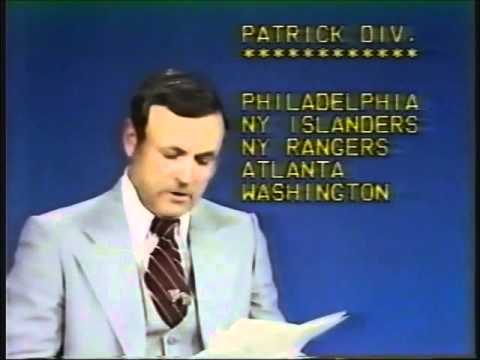 Had a chance to catch up with Bruce Martyn, a fixture in Detroit who’s retired in Florida and turned 91 yesterday. Martyn did the Red Wings on radio for some thirty years, initially working with Bud Lynch in the 1960s. A hero? Think Lynch. He lost an arm in World War II landing on the European continent, partaking in the D-Day mission in 1944.

Martyn started in the mid 1960s and retired in the mid 90s. His two idols growing up in Michigan were Harry Heilmann on Tigers broadcasts and Foster Hewitt on the Maple Leafs. Martyn won the Hewitt Award from the Hockey hall of Fame in 1991. Bruce’s call mimicked Hewitt’s, “He shoots, he scores!”

In Martyn’s days, some announcers had real jobs to help put meals on their tables. Martyn was a manufacturer’s rep in Detroit and went out on sales calls regularly. “Yeah, I’d be sitting in lobbies and would see other professional athletes doing the same thing.” It was unlike today. Many players then also had to work year-round to make ends meet.

Martyn also covered other sports, the Pistons for a while and Michigan State football for three seasons. He retired at age, 65. “I got tired of getting up in a hotel room in a different city every day.”

I really look forward to the Q&A with Joe Buck. His book was indeed a great read, and I think anyone who listens to him and has an opinion of him NEEDS to read it to understand better who he is and how he does what he does. I thought the show on Joe’s father was great, and I thought I detected Bob Costas getting misty-eyed at the end. The discussion of ESPN’s Monday Night crew, and the long run of the Sunday night crew, reminds me that, ultimately, everyone who televises prime-time football comes back to one crew: The… Read more »