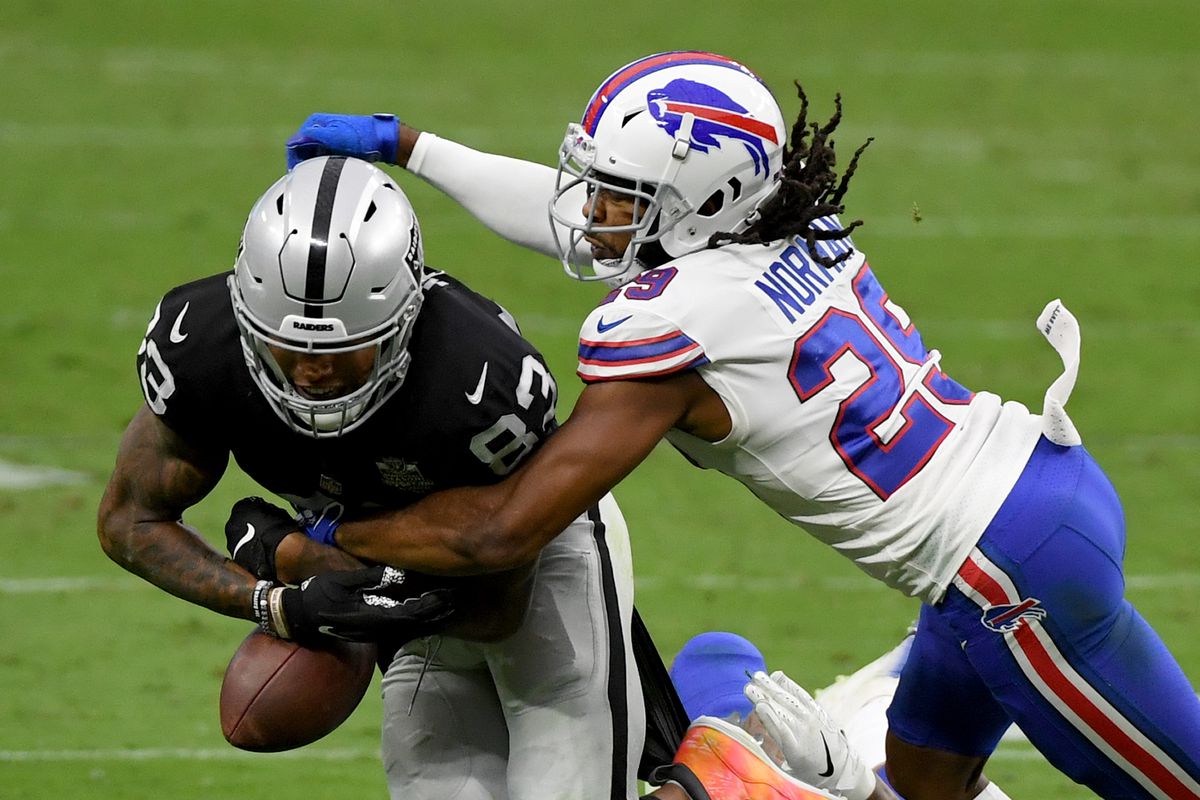 Delighted that CBS will use Tom McCarthy and Jay Feely on tonight’s Tuesday Night Football. The network could easily have shipped its top crew, Jim Nantz and Tony Romo, for this prime time showing. Kevin Harlan and Trent Green are due too. The duo haven’t worked in two weeks because the games they were assigned were both postponed by the pandemic.

Tom (left) and Jay don’t work in the booth every week. Feely reports from the sidelines and is promoted to the booth when needed. McCarthy is hired for only a few games every year. He’s one of the television voices of the Phillies and does some football and basketball on national radio. McCarthy is solid and brings personality too. Don’t get nervous, Tom and Jay. There will only be some ten million people listening to you. The telecast was originally only to go to 10% of the country.

In network radio’s glory years in the 1930s, Bill Stern and Ted Husing were considered America’s biggest sports broadcast voices. Their names were bigger then than Nantz’ and Romo’s are today, combined. But Stern got addicted to drugs. His play-by-play career essentially ended when he opened the ABC telecast of the 1956 Sugar Bowl, stumbling, stammering and barely being able to identify the two opponents. Ray Scott took over in the booth and made an immediate name for himself. He would go on to become one of the key voices of the NFL on television in the 60s and 70s. Can tonight’s broadcast become an epochal moment for McCarthy to show his wares? He’s staring at a glorious opportunity.

Because it’s a national game, AJ Ross is being brought in as a field reporter.

Some media members are already exploring the possibility of an NFL Tuesday night series. Let’s not get ahead of ourselves.

Steve Albert, 70, is now retired. He’s the youngest of the famed Albert brothers. There’s Marv of course, the most known of the three. He’s 79. The middle of the boys is Al, 74, who played hockey in college. He later did some NHL on radio and loads of NBA on both TV and radio. He’s also remembered for doing lots of boxing for USA Network. Al too is retired.

Steve broke into the business, doing the Cleveland Crusaders of the old World Hockey Association. He did boxing, the Mets, Nets, Jets and Islanders in the New York area. That’s right, five different sports. He later did the Warriors, Hornets and Suns.

I was ecstatic to land the job of radio play-by-play for the Cleveland Crusaders of the WHA. It was particularly thrilling because I had graduated only months before from nearby Kent State where I had broadcast hockey.

For their first ever game, the Crusaders had Joe Tait on the call while I did an audition tape at the opposite end of the old Cleveland Arena. I should mention that the press boxes were in the end zones, so it was an extra challenge calling hockey from that vantage point, particularly when players were coming towards you and you couldn’t see their numbers. You had to memorize their faces. Thank goodness most weren’t wearing helmets and face guards back then.

Anyway, the next morning after opening night, they had me meet team owner Nick Mileti. I walked into this long, dark office in the arena and couldn’t see anybody or anything. Suddenly, this big leather office chair swings around at the far end of the room. It was like something out of an old black and white film noir movie.

Mileti is sitting in the chair.  He says…”kid, I’ll give ya 9500 bucks to announce the games.” I said, “Mr. Mileti, I’ll take it.” It may have been the fastest negotiation, if you want to call it that, in sports broadcasting history.

I’m reminded of Bob Elson telling Milo Hamilton that if you go pell-mell for the first 8 innings, where do you go in an exciting 9th? When I hear Gus, I’m reminded of Robin Williams’s routine about wanting Andrés Cantor, the great soccer announcer who yells, “GOOOOAAAAALLLLL,” to do golf, just to liven things up.

And it’s fun to think of Messrs. Scully and Prince working together, and the Gunner saying something you might expect Vin to say!