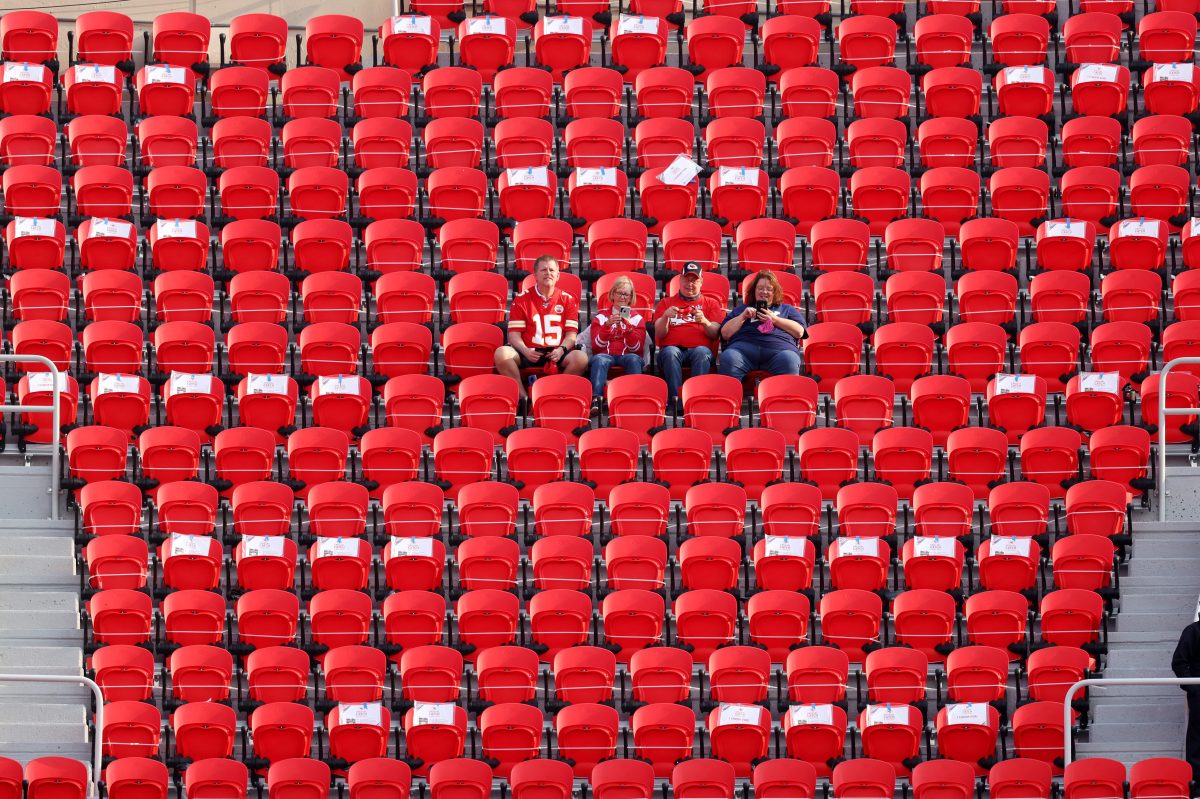 Can ESPN Radio end up with the rights to the NCAA Tournament? Westwood One, the network that has carried the games for decades is in a legal battle with the governing body of college athletics. The NCAA cancelled Westwood’s rights after it failed to pay its bill for 2020. The network claims it owes nothing because the tourney was not played. The NCAA sued and Westwood countersued.

ESPN would be a perfect place for the tournament but the rights fess come at a hefty price. Given the economics of radio today, the dollars can be risky. Furthermore, any rights awarded to a newcomer at this hour can get legally ugly, unless there was some guarantee by the NCAA of indemnification. The NCAA announced this week that the entire tournament will be played in one site, likely Indianapolis which was scheduled to host the Final Four.

This is worth watching. At this late hour, November, the NCAA and Westwood could reach a settlement at a lower rights fee. Producing, distributing and selling sponsorships for a newcomer would require tons of time.

It appears that in the immediate future and perhaps even after the pandemic passes, some of the recent Covid practices might very well continue. One of them is having play-by-play announcers call games from their home studios instead of traveling to events.

ESPN for instance only travels its college football announcers to select games. CBS has its talent on site at all times. Fox PR won’t disclose which games it does remotely and which it does live. But it is some sort of mix.

How will voices react? The older ones might find it as an opportunity to hang in longer an not have to cope with enervating road trips. Other veterans might not want to adjust to something they’ve never done before. They might say, this is not what I want or signed up for.

Young broadcasters who aspire to join teams and travel with players and coaches might find the separation a turn-off. These budding voices spent their early youth hoping to travel and hobnob with big college or pro teams. They might pursue other career paths instead.

Not being at the ballpark, limits announcers. They may be able to pull off the broadcasts but there’s lots you miss off the field, like anecdotes, insights and  depths and nuggets shared by coaches. On the field, there’s a limit of what you can see off a couple monitors.

Teams might go this direction but it’s unlikely that networks covering big games will have their talent stay at home. All network TV NFL games are still being called from the site. MLB, not so. During the regular season. Fox and ESPN didn’t send their baseball broadcasters to all regular season games.

Home studios can very well be a substitute for pre, halftime and post game shows without any loss of quality. Ditto draft shows and the like. I’m just not sold on doing games that way.

CBS’ Bill Macatee does not have the household name of Jim Nantz. Yet for the last 30 years, he has served the network regularly in various capacities. Bill covered the NFL for 16 season and did some college basketball too. It’s his versatility that’s impressive, events like skiing, figure skating, gymnastics and track and field. Still, Bill is best known for his years covering the PGA and LPGA.

Until last year, he was the backup host on CBS’ golf coverage, filling in when Jim Nantz missed an occasional tournament. But that role was turned over to Andrew Catalon.

Anyhow, Macatee arrived quietly and is now leaving quietly. He turns 65 today and is leaving the network after all these years. Tim Brando who sings his praises tells me, “Bill is understated and a prince of a guy. He’s never sought attention.” Macatee told Brando that he’s making the transition to get into private equity fulltime.

Macatee also worked for NBC where he was a pre-game host on baseball in the 80s, in addition to the Tennis Channel and USA Network.

The Portland Trail Blazers have hired a new television announcer, Jordan Kent. He follows NBA veteran voice, Kevin Calabro. Kent’s been a part of the broadcasts for several years as a pre, post and halftime host. When Calabro left during the period between the stoppage of play and the resumption in the Bubble, Kent was appointed on an interim basis. He called Blazers’ games remotely during their run in the Bubble. To that point, he had no play-by-play experience.

His dad Ernie Kent was a longtime college coach, most visibly with Oregon and Washington. Jordan actually played three years in the NFL. He was born in Saudi Arabia where his dad coached basketball. He’s the second black man hired as a TV voice in recent weeks. Mark Jones was signed by the Kings.

You might have earlier seen that Orlando didn’t renew its radio team. The TV team of David Steele and Jeff Turner will preside over a simulcast. Charlotte has not announced a replacement for John Focke who was fired for a perceived racial tweet

Nothing definitive has come down yet on whether NBA voices will travel this season or call games remotely. The season begins in a little more than a month, December 22nd. Checked in with a couple of the announcers and was told that there’s nothing definitive yet. One veteran NBA broadcaster told me that he suspects that they won’t travel.

Marshall University suffered a terrible tragedy fifty years ago this past Saturday, November 14, 1970. The West Virginia based team was returning from a loss at East Carolina when the chartered flight crashed upon landing in Huntington. There were 75 deaths; players, coaches, administrators and boosters.

Gene Morehouse was Marshall’s play-by-play announcer and sports information director. His son Keith was nine at the time of the crash. He too pursued a career in sports broadcasting and has worked as a television anchor in West Virginia.

This past weekend, Marshall paid tribute to the 39 students who perished in the tragedy by honoring them with diplomas, dated with their anticipated graduation dates.

After the death of Kobe Bryant, his daughter and others in January’s helicopter crash, we developed an historical list of sports tragedies affecting individual athletes and teams:

While the Kobe tragedy dominates discussions, let’s remember victims of other sports accidents

Kirk Herbstreit knows the game and is always well prepared.

But he insists on talking after every play and often the comments are of little consequence. For example, on Saturday night, covering Michigan-Wisconsin, Kirk told the audience that the Wolverines have to know that when they catch passes they’ll be lots of white jerseys around them and they’ll have to be able to get around them. Really? If he would economize his commentary, much more would resonate.

I first saw Macatee as NBC’s pre-game host. In a way, he’s like Jerry Doggett, who only spent 31 years beside Vin Scully on Dodger broadcasts–did his job, didn’t seek attention, and at the end of the day you realized how good he was.

As for Herbstreit, I’m reminded of Red Barber’s comment in The Broadcasters that, as good as Eric Sevareid was, he was only on for two minutes at the end of Cronkite’s newscast. John Madden may have been the only analyst I’ve encountered who constantly talked but always had something to say.