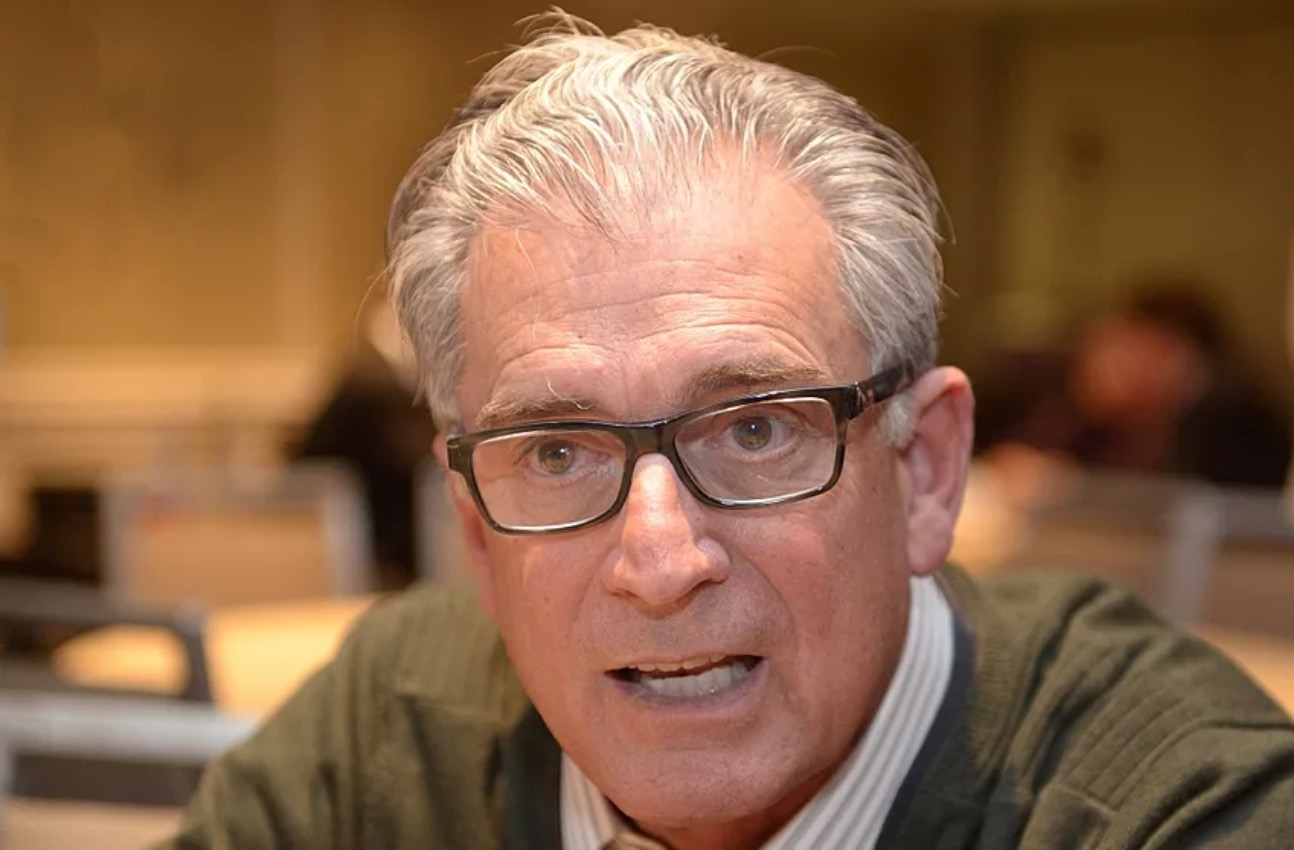 Fox' rules analyst Mike Pereira was right on the Giants' fumble late in yesterday's game against the Cowboys.

SiriusXM will own the exclusive rights to the Masters beginning in April. Westwood One is out. Through its forerunner CBS, Westwood has owned the Masters radio rights for some seven decades. In recent years, Westwood produced its coverage and syndicated it through stations nationwide. SiriusXM would then pay Westwood a fee to also run the production.

Now it appears that SiriusXM will own the rights directly. Westwood is apparently out. The radio network is also in a legal tussle with the NCAA over the rights to March Madness. The NCAA has cancelled the network’s rights.  Not pretty times for Westwood. The economy, among other things, is taking its toll.

Fox’ Mike Pereira stole the show yesterday. The rules analyst was right on top of things when the Giants-Cowboys game came down to a fumble recovery. The man knows the rulebook. When there were conflicting calls by two officials both watching the heap unravel, Joe Buck and Troy Aikman deferred to Pereira.

The first indication by one official was Giants’ ball and a split second later, a second ref pointed  Cowboys ball. Pereira, the former Supervisor of NFL Officials, was right on it. He explained that because the first of the conflicting calls pointed in the Giants’ direction, there can be no other call. Dallas could have challenged but it didn’t. Apparently, there was no conclusive evidence anyhow to overturn the call.

Talking of split seconds, when the referee announced that the ball belonged to the Giants, there was a palpable delay until Fox’ audio engineer ran fabricated audio applause of the empty stadium exulting. Sounded pretty contrived and unnatural.

Dan Orlovsky was unlistenable on the Orange Bowl Saturday night. Orlovsky must be trying to find his style, so for now he ends sentences with a throaty flood of hysteria. I love play-by-play voice Bob Wischusen but Orlovsky blighted my enjoyment of the telecast.

As the great Red Barber and Vin Scully would advise, ‘be yourself.’ Instead, Dan sounded like anyone but himself. There was some Bill Raftery, John Madden and a little Tony Romo in him. There was little of himself. Going back to Orange Bowl telecasts of the past, Dan wouldn’t be put in the lofty company of analysts like Todd Blackledge, Gary Danielson, Cris Collinsworth, Bob Trumpy and Merlin Olsen, to name a handful.

Don’t misunderstand me. Dan knows the game and is smart. He needs to end the annoying melodramatics and to economize on his commentary. He should know not to mimic others on a major stage like ESPN. Not every play needs an alarming exclamation point or an unnecessary sense of urgency.

Shouldn’t we know whether the announcers are on site or calling games at home or in a studio? ESPN is pretty good about letting viewers know. When the voices work from their homes, they’ll appear on camera once in a while. Fox Sports, for whatever reason won’t release that information immediately. What is it trying to hide? A myopic decision. We would be more understanding when voices are a split second off because they’re not there. CBS will also disclose the information if the question about a specific game is posed.

Saturday Dan Shulman called the Texas win over Kansas at the Allen Fieldhouse. With a wide-shot of the fabled facility, Dan welcomed back the audience after a break. I paraphrase, ”Wish we can be there to watch basketball. It’s one of the great venues. But under these circumstances, this is Dan Shulman in Toronto and Jay Bilas in Charlotte happy to see basketball wherever it’s played.” Glad Dan was transparent.

After the pandemic, there will be no excuses not to travel talent. Penny wise and dollar foolish.

Got a note last week from Ed Berliner, a talented sports talk show who previously hosted programs in Miami. Watching a Rose Bowl celebration program, he saw Matt Leinart, the ex USC quarterback, rave about Keith Jackson, noting the great games he called. On a highlight clip of the 1972 Rose Bowl between Stanford and Michigan, the graphic listed Jackson as the voice. Berliner knew immediately that it wasn’t Keith. He double-checked and confirmed it.

In Berliner’s words, “It was the equally legendary, Curt Gowdy.” Well, what would Leinart know? He wasn’t born until 1983. NBC had the game in 1972. NBC had everything in those days, the World Series, the big bowls and the Super Bowl in alternate years. Moreover, Jackson didn’t become the lead voice of ABC’s college football until a couple years later. Chris Schenkel presided over the college gridiron then for ABC.

Later this month on MLB Network, Bob Costas and Tom Verducci will host another in the series of “The Sounds of Baseball.” This time it will be the legendary Curt Gowdy. In the summer and fall, the two men collaborated beautifully to highlight and honor the careers of broadcasters including Vin Scully, Jack Buck, Bob Uecker, Harry Caray and Joe Garagiola. Gowdy won the Ford Frick Award in 1984. Gowdy has also won the Pete Rozelle Award from the Pro Football Hall of Fame and the eponymous Curt Gowdy Award from the Naismith Basketball Hall.

Gowdy broke into the Big Leagues under Mel Allen and the Yankees in 1949. He later spent 15 years as the lead voice of the Red Sox and beginning in 1966 was anointed by NBC as its  top MLB announcer.

One hundred years ago was when it all started. Radio was born in 1921. In radio’s early years, boxing, college football and baseball got the spotlight. In New York though, the three MLB teams didn’t want their games aired. They felt it would hurt attendance. That changed in 1939 when Brooklyn hired Red Barber. Chicago’s teams were already on-air in the 1920s.

Charley Casserly of the NFL Network – grew up with an old school dad. He attended Bergen Catholic in New Jersey. His dad told Charley to go to work to pay the $300 yearly high school tuition. As General Manager of the Redskins in 1992, he drafted Desmond Howard fourth overall. Howard never flourished in the NFL. Casserly later said that he thought the decision would cost him his job. Howard is now an analyst with ESPN. He spent eleven years in the NFL with six different teams.

The NY Post reports that through the first three games of the season the Nets TV ratings are almost double the Knicks. Writer Marc Berman says that it might be the first time in history that the Nets have out-rated the Knicks.

Kevin Harlan (CBS) on Ryan Fitzpatrick the peripatetic and ageless quarterback who’s been with eight teams. Harlan: “He’s been in the NFL for 16 years and has never been in a playoff game.” With Miami, he won’t make it this year. Season came to a lachrymose end for the Fins. Ryan was an economics student at Harvard.

Boomer Esiason (CBS) on Rams’ quarterback, John Wolford who took his first NFL snap yesterday against the Cardinals. After he immediately threw a pick six, Boomer said, “To be successful as an NFL quarterback, you have to have a short memory!” Esiason did a terrific job overall with Jim Nantz yesterday, filling in for Tony Romo. The ex-Cowboys QB was out due to Covid protocol.

(CBS) Rich Gannon on the pulsating Tennessee- Houston finish was superb. He took viewers through the end of the game like he was coaching both teams.

As 2021 unfolds, I hope that we see fewer political columns from Yahoo Sports. Focus on sports please.

I say this as a political animal: I read sports services for sports. I certainly don’t object to reporting on athletes involved in politics. About the analyst and being yourself: Vin said that to Our Young Man, as I refer to Joe Davis, and Davis has listened. That said, he grew up in Michigan and one time he said, “Strike three called! Just stood there like the house by the side of the road and watched it go by.” And I thought, a little tribute to Vin’s predecessor in the Dodger booth is nice now and then, too. Everybody in… Read more »

Oh, and apropos of Mike Pereira, my mentioning Nelson, and the pending Curt Gowdy tribute. The 1954 Cotton Bowl where the player jumped off the bench and tackled the opposing player? Lindsey was doing the TV and the night before had discussed just such a play with Red Grange. Curt was doing it on radio and had actually seen the same play a couple of years ago at a game, so both play-by-play men knew the rule.