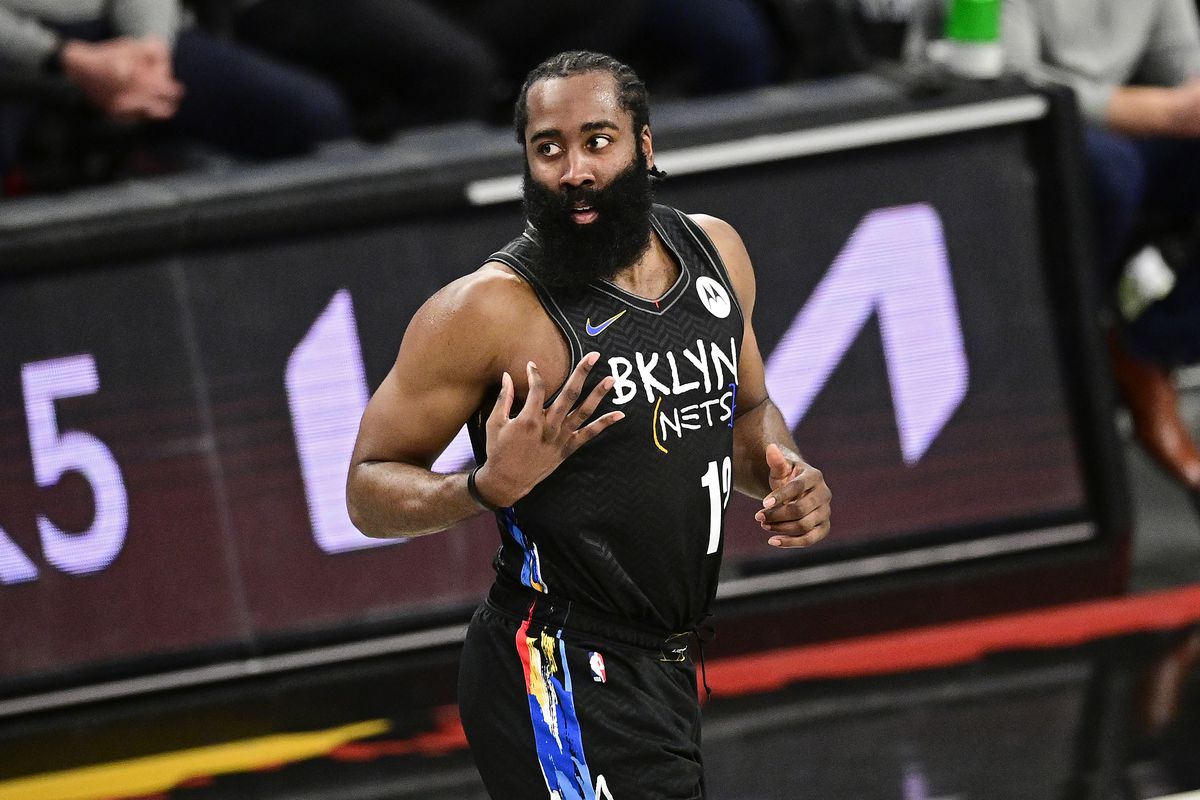 Heartwarming story sent along by longtime buddy, Andy Furman. The grandsons of broadcast legends and Hall of Famers, Harry Caray and Joe Garagiola are trying to make their marks as baseball announcers, working Class AA ball. Chris Garagiola is calling the games of the Pensacola Blue Wahoos in the Florida panhandle. Josh Caray is the play-by-play man for the Rocket City Trash Pandas in Madison, Alabama. They were pictured together when the two teams played one another in a AA-South game.

It’s interesting to note that that the two grandpas, progenitors of their respective sportscasting families worked together doing the Cards’ broadcasts in the 1950s. It was conventional knowledge that the two men didn’t get along well at all. Joe later went on to work for NBC where he called the Game of the Week and the World Series. Later in his broadcast career, Joe was the analyst when the Peacocks had Vin Scully doing MLB play-by-play. Vin and Joe were behind the mic for the famous World Series home run in of Kirk Gibson in 1988. Joe smartly gave Scully the runway he needed to punctuate his wonderful call of the historic homerun.

Chris is the son of Joe Garagiola Jr. who helped put together the Diamondbacks’ founders. Joe senior died in 2016 at age 90. He had also followed Mel Allen at Yankees Stadium in 1965. There he feuded with Red Barber. Joe publicly said Barber was sanctimonious. For his part, Barber said Joe was stepping on him during his play-by-play.

Josh is the son of Skip Caray, the longtime Voice of the Atlanta Braves. He is a half brother of Chip Caray who currently works the telecasts of the Braves. Josh has also done Stony Brook University football and basketball.

Referencing the Minor League game the two budding voices worked, the author of the Garagiola-Caray story, Bill Vilona, writes, “Somewhere in the heavens, you knew their grandfathers were smiling.”

The names rhyme and they share the same birthday, Merle Harmon was born June 21, 1926 and passed in 2009. Turner and CBS Sports’ Kevin Harlan was born on June 21, 1960. Kevin and his voice are still strong.

Harmon worked for ABC Sports and did the Kansas City A’s, Milwaukee Brewers, Texas Rangers and New York Jets. Owner Charles Finley fired Harmon in Kansas City because he wouldn’t read promotional announcements for “Poison Pen Night,” aimed at a local columnist, Ernie Mehl, who didn’t support Finley’s request of the city fathers for a new stadium. The A’s bolted for Oakland after the 1967 season. With Finley gone, the city approved a new park for the freshly christened Kansas City Royals. KC was without baseball in 1968. The Royals and Seattle Pilots (now the Brewers) joined the American League in 1969.

Jordan Kent is out in Portland after just one plus season. Kent is the son of Ernie Kent, former Oregon and Washington State basketball coach. Word is that Kevin Calabro (left) is set to return to the mic, replacing Kent. Calabro was the team’s play-by-play announcer from 2016-20, leaving on his own volition during the scourge of the pandemic. The robust voiced Calabro was the worked tha Seattle Supersonics broadcasts for decades, choosing not to move with the team to Oklahoma City. Earlier this month, the Blazers announced that it had agreed to terms with a new rightsholder, Root Sports. The pact covers the next four seasons. For the past 14 seasons, Portland’s games were on NBC Sports Northwest.

Remembering Chuck Thompson who was born 100 years ago, 1921

If you missed the story on the wonderful announcer, Chuck Thompson, the story is linked below. We got some nice responses:

What a voice! I used to catch Chuck Thompson on 1090 WBAL at night from time to time as I lived in North Jersey.

The sound and demeanor of a true gentleman. He sang the game.

I turned against him while listening during one night game when, I think, they were playing the Yankees. Gus Triandos, that powerful Orioles catcher, hammered a home run, to which Chuck announced, “Way to go, Big Gus.”

Having listened to Yankees and Mets baseball all my young life, I had never heard an announcer sound so much like a fan — or a manager or coach. Sure, you knew Mel, Phil, Jerry, Lindsey, Kiner and Murphy — and maybe even Ol’ Redhead — knew their audiences and broadcast accordingly, but I had never heard one lay a verbal pat on the back of a home team player so blatantly.

I got over it. Thompson was one of those golden-era announcers you’d tune into — and FOR. Who cared who was playing?

Chuck Thompson – what a wonderful guy and a great broadcaster – with a smile in his voice.  Chuck sounded like he was 30 when he was 75. I got to know him through Bill O’Donnell who was a wonderful mentor to me.  Bill told me a story of Chuck’s generosity.

When the O’s went to the 1969 World Series, NBC asked Chuck to do the games on TV with Curt Gowdy. Chuck said I have already done a world series (1966). Have Bill do it which he did. Chuck was also doing the Colts at that time. How unselfish!

Do they listen to one another?

When James Harden returned to the Nets lineup for game #5 against Milwaukee, he wasn’t productive scoring wise and didn’t visibly engage much. But his very presence on the court was somewhat imposing. Charles Barkley was critical of him at halftime, implying that The Beard wasn’t even trying. When TNT returned to the floor, game analyst Grant Hill said that Harden is “giving it his all.” Yes, that was the game in which Kevin Durant erupted for 49 points. Hill is excellent as a lone analyst. When he works college broadcasts with Bill Raftery, he gets a bit gun-shy.

Writer Mac Engle of the Fort Worth Star-Telegram had some visceral comments about the management of the Dallas Mavericks. He wrote:

“What is going on with the Dallas Mavericks makes Jerry Jones look like the greatest architect of any sports team that has ever existed.

“The Mavs now have a fiasco so ugly that we are approaching Jerry Jones firing Jimmy Johnson territory. This Mavs mess looks like the time when the Texas Rangers decided ousting Nolan Ryan was good for the team.”

Turning a scheduling conflict into a unique experience

The Wizards longtime radio announcer Dave Johnson was asked to talk via Zoom to the production class of Josh Yasharoff at the University of Maryland. One problem. It conflicted with a Wizards game. So they came up with a unique solution. He did his talk at halftime and the session was aired across the Wizards network.

One of Yasharoff’s students, asked Johnson a question on air about fans finally being allowed back in the arena. Johnson adjusted his computer to give the class a better look at the scattered crowd.

CBS and the Armed Forces

CBS Sports has signed an extension agreement with Army through 2028, covering the Black Knights home games. The games generally run on the cable side, CBS Sports network. CBS Sports also has the rights to the annual Army-Navy game which too goes through the 2028 season.

Late last year, the Seattle Kraken hired the first fulltime Black play-by-play announcer. Everett Fitzhugh will be the new franchise’s radio voice. JT Brown, also Black, will be team’s TV analyst. His play-by-play partner will be John Forslund who was the TV Voice of the Hurricanes until the team’s owner offered him a pittance for his services. At least the owner, Tom Dundon is consistent. He did the same thing to the radio hockey standout, Chuck Kaiton. Forslund, who works NBC’s NHL telecasts, will likely wind up with Turner next season. ESPN and Turner have NHL rights beginning next season.

From our friends at Sports Media Watch:

“Saturday’s Bucks-Nets NBA second round playoff Game 7 averaged 6.91 million viewers on TNT, marking the league’s eighth-largest early round playoff audience since 2012 — and the third-largest on cable.

“Milwaukee’s overtime win ranks as the most-watched game of the postseason thus far and the second-most watched of the season overall.”

I can’t imagine that ESPN and the NBA are rooting for a Phoenix vs. either Atlanta or Milwaukee Finals. The possible matchups hardly suggest a ratings bonanza.

Chuck Thompson, a broadcast institution with the Baltimore Orioles and Colts, was born 100 years ago

Great stuff as always, and that also means Skip Caray has two sons out there doing play-by-play. The father of Marv, Al, and Steve Albert could have given some advice!