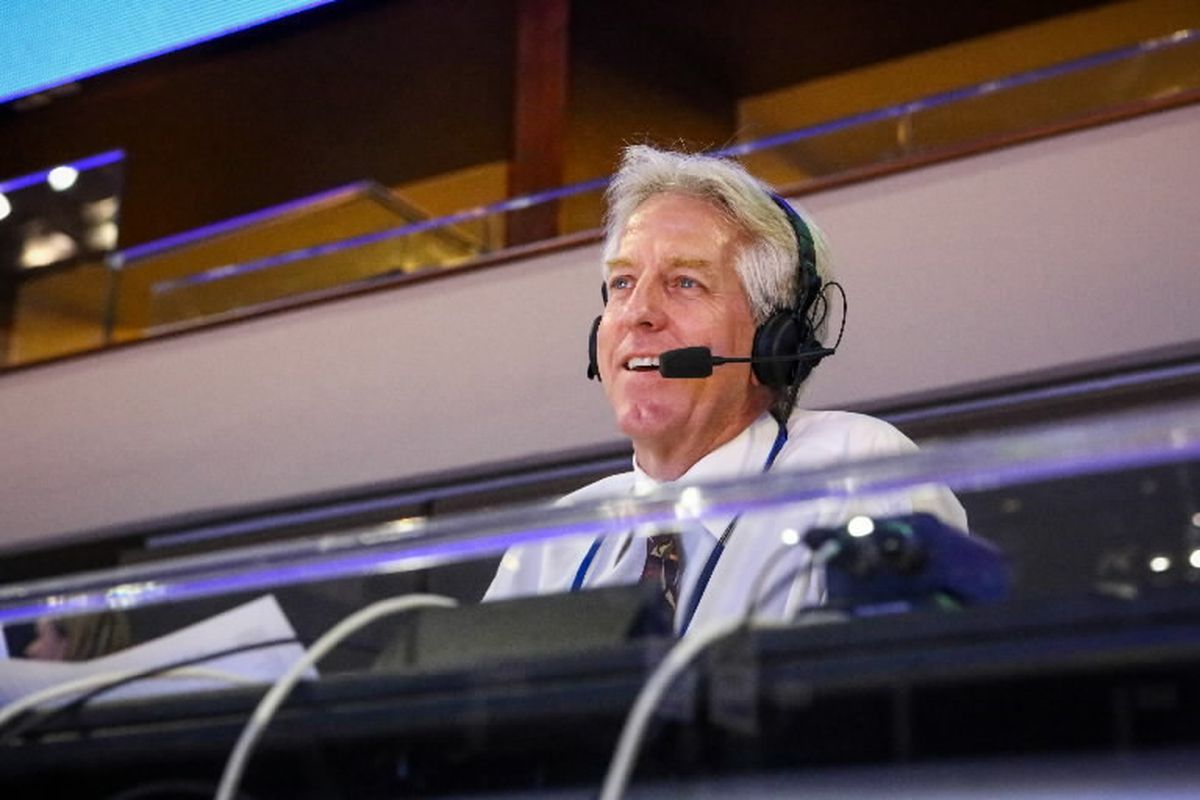 Dennis Neumann, play-by-play radio voice of the Orlando Magic for the past 22 years won't be back next season. Neither will his analyst Richie Adubato, 82, and Joey Colon, the teams's Hispanic voice. For cost cutting reasons, the Magic are going to a simulcast.

It’s been a punishing few months in more ways than one.

On one end, there’s the critical need for all of us to embrace the efforts to achieve social justice. On the other, there are the got ya’ accusers of political correctness.

Talented careers have crashed hard in a matter of misguided seconds.

The latest is Tony Bruno, one of the funniest guys on sports talk and the first personality on ESPN Radio in the early 90s. On SiriusXM, he opened up last week about his feelings on NBA telecasts. Bruno said that they’re filled with political messaging which basketball fans might want to avoid when indulging in a diversion like sports. While he is not the only one who feels that way, Bruno expressed other thoughts too that were considered hurtful. He was quickly judged to have taken it too far and his show was dropped like a brick by SiriusXM.

Last year, ESPN boss Jimmy Pitaro told his employees not to talk sports and politics. Like church and state, he felt that the two don’t mix. Now, it seems, broadcasters, networks and teams are all-in, as long as voices and talkies follow the corporate political line.

I think of the greatest, Vin Scully, a lot. I often ask myself how he would go about things on-air in these confusing times. Vin’s everyone’s role model.

In his 67 years on-air, Scully was extremely sensitive, never hurt anyone’s feelings, on-air or off. One night many years ago in a very noisy stadium, the manager in the dugout was trying to catch the attention of the plate umpire to argue about one thing or another. He emptied his lungs and gestured with his hands, but got no response.

Scully captioned the scene as only he could: “It’s like the guy in the balcony winking at the showgirl.” A wonderful way to capture the moment. We’ll never know, but I wonder whether he would go that road today.

The master has witnessed the world turn 180 degrees. When he started in the 50s, America was under the scourge of McCarthyism. Hollywood was the target of blacklisting. Actors and others were accused of being Communists. Today’s cancel culture emanates from the other side of the political spectrum.

While calling a Yankee game in Seattle, Phil Rizzuto told the audience that the hotel in which the team was staying was circularly constructed with circularly configured rooms. Rizzuto: “Holy Cow! If Cora (his wife) was here, I’d be chasing her around the room all night!” How would the PC police treat the comment today?  I don’t know. But a generation ago, listeners chuckled.

Since the death of George Floyd in Minneapolis, two NBA announcers have lost their jobs, Grant Napear in Sacramento and John Focke in Charlotte. We can argue the merits of the firing over a beer, but so be it.

Now, because of the financial damage caused by Covid-19, the Orlando Magic have announced that the contracts of the three gentleman affiliated with their radio broadcasts won’t be renewed. They are Dennis Neumann, 61, who’s been the Magic’s radio voice for 22 seasons, former NBA coach Richie Adubato, 82, the radio analyst for 15 seasons and Joey Colon, who spent 22 seasons as Orlando’s Hispanic voice.

It wasn’t for a lack of performance. The club is going to a simulcast. As a result, television voices, David Steele and Jeff Turner will preside over radio and TV. Steele, 67, is a Magic original. He started as the team’s radio announcer when the franchise was born in 1989. What’s sad is that there’s hardly been a groundswell of complaints since the Magic made the announcement a few days ago.

Radio listeners won’t get the word picture that Steele is certainly capable of painting. His television producer will likely insist that he do no more than caption the action and talk in only measured phrases.

Oh, don’t get me wrong. Radio is a service for fans, particularly those out west when their teams are playing in an eastern city and the game comes back home in drive time. Radio was helpful too just recently when the games in Orlando were played at odd times and fans were at work.

So now, revenue-deprived teams have apparently been given approval by the league to resort to a simulcast, something the league discouraged twenty years ago, But the almighty dollar always wins.

So, will Charlotte replace the fired Focke or will it go to a simulcast. A number of years ago, the Hornets wanted to drop radio altogether but the league said no. We’ll see what happens. From a broader perspective, one wonders whether the announcers will travel to road games or are teams happy with broadcasts called off a monitor at home.

Memorializing a trio of the recent deceased:

Over the weekend, an NCAA mainstay, Tom Jernstedt, passed at age 75. He worked quietly behind the scenes to grow the Final Four into a billion dollar juggernaut. I remember meeting Tom at an NCAA event years ago and he shared how CBS got the NCAA rights from NBC in 1982. NBC came to Shawnee Mission to renew its incumbency and NCAA boss, the late Walter Byers, observed that the NBC team led by the late Arthur Watson was quibbling among themselves at the negotiating table. It soured him on NBC. The rest is history. Almost 40 years later, CBS and now partner Turner are still the lead ponies.

John Thompson passed last week and I was disappointed not to see more about this very special longtime coach and later broadcaster who contributed so much to the game.

Behind his steel exterior, this bear of a man, had a keen eye for broadcasting and a big heart.

He called the NCAA Tournament on national radio including the Final Four. Unlike most, he didn’t overtalk. When he had something to say, he said it. When he did express a view, listeners’ ears perked up. He didn’t try to explain each play through Xs and Os on radio. It accomplishes little on radio and takes needed time away from the play-by-player. Instead, Thompson addressed waves of minutes, strategical or momentum changes easily explained on radio.

Thompson was a man of action. In 1989, he walked off the court and turned the coaching duties over to his assistant. He did so to protest the NCAA’s Proposition 48 which required a minimum SAT score for freshmen. He felt that it was biased against disadvantaged students. He was a doer!

This same giant of a man who fought for the rights of players of color, protected broadcaster Billy Packer who was slammed for a racially insensitive comment.

Longtime CBS TV analyst Billy Packer shared this with me about Thompson:

“When I worked with Gary Bender, we had a game at Georgetown and I had my son Mark with me. So we came at our pre-arranged time to practice. Gary, Mark and I walk in. We stand in the corner. After a few minutes, John glares over to us, ‘Billy, who’s that young man with you?’ I tell him it’s my son, Mark. John blares out, ‘My son doesn’t come with me unless he’s invited.’ It was an embarrassing moment. But I learned something that stuck with me forever. The gym is a coach’s office. If you’re not invited to someone’s office, don’t go. John’s line stuck with me.

“In 1996, after a move by Allen Iverson, I said on-air, You’re talking about a tough monkey here. My dad was a coach and he used the expression as an absolute compliment. Word got out and the media followed me like a collection of the paparazzi. John Thompson and I talked after the game- and he told Iverson in front of me – ‘You don’t have to worry about Billy.’ Then Thompson said to me, ‘I’ll handle the media.’ He and Iverson defended me.”

Thompson did get a good bit of attention, but what you said here didn’t, and that’s a shame. There was talk at one point of him becoming the head coach at UNLV and he said if he did that, he wouldn’t have anywhere to go on vacation!