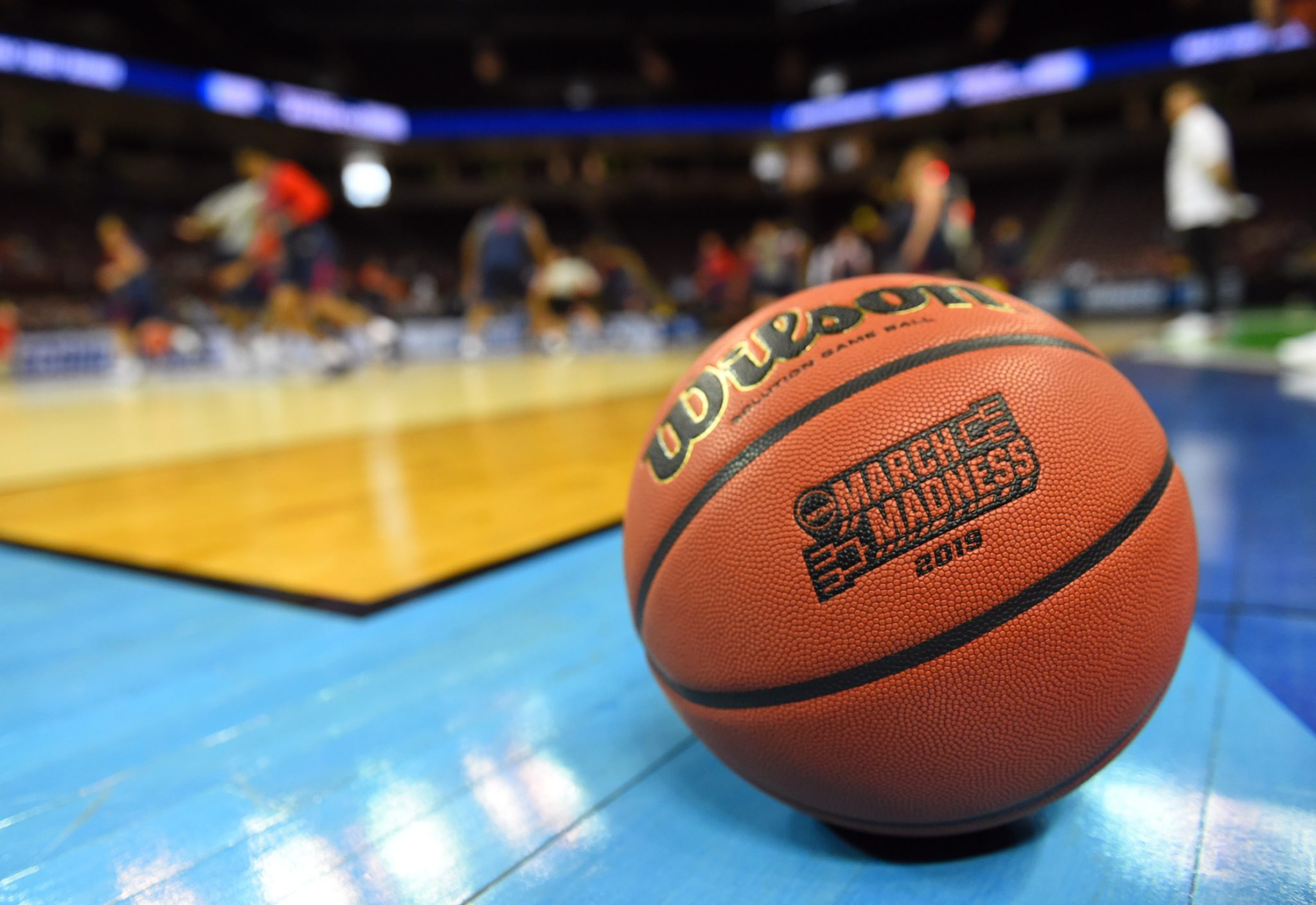 A couple weekends ago Bill Raftery called a Saturday afternoon game for Fox and a Sunday ballgame for CBS. You don’t see that often, not involving the same sport for competing networks.

With so many of these basketball games being done remotely (penny wise and pound foolish), I’m waiting for one of the announce teams to be assigned a tripleheader and asked to call three games in one day from their basements. Then, perhaps ESPN, won’t pay the announcers per game, rather per day. More synergies, a corporate euphemism for savings.

Who knows what’s next? Before long, with such an emphasis on video, announcers could be dropped altogether. Enhanced video supported by crowd noise, graphics and second screens might suffice. Don’t rule it out. It could start with mid-major DI games. Well, at least you wouldn’t have to deal with color commentators who ramble for two straight hours. Think Dan Dakich. The guy knows his stuff, really knows his stuff. But I mean, please. He goes on and on and on. His play-by-play partners would like to hit him over the head but they can’t because they’re working from their owns homes, calling the game remotely. 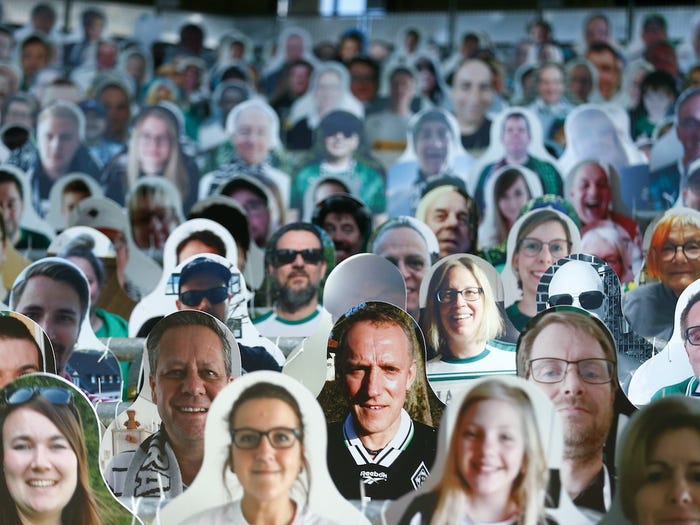 Raftery and Kevin Harlan teamed last weekend on the Michigan at Wisconsin matchup. Two wonderful pros. But it was impossible for either one not to step over one another. As I said, penny wise and pound foolish. I’ll say it until I’m blue in the face. At the end of the day, it’s the consumer, the viewer who’s getting a raw deal.

Raftery had a good line. His quips always produce chuckles. When CBS director Bob Fishman did a slow scan of the lower seats filled with cardboard cutouts of the known and unknown, the wry humored Bill joked, “I think I owe that guy in the third row some money.”

John Sadak, a longtime Minor League announcer, has been hired by the Cincinnati Reds to do the team’s telecasts. He succeeds Thom Brennaman. Sadak has been somewhat visible nationally, calling college football and basketball for CBS Sports Network. Brennaman, you’ll recall, made a homophobic remark during a commercial break in a game last year. He was suspended and later fired. Recently, Thom took a job in Puerto Rico where he’ll stay fresh.

The rush to judgment today by representatives of both ends of the political spectrum is unfair. Social media has become judge, jury and executioner. I thought America is about second chances. Thom’s a solid announcer and I would hope a Major League team will hire him down the road. What he said was terribly insensitive. But it’s not like Brennaman showed no contrition, made no heartfelt apologies or didn’t publicly and privately acknowledge that what he said was outrageously wrong.  But a lifetime sentence, I should hope not!

The world has changed for the better.

In the old days, it was strongly suggested to announcers that they anglicize their names to put on a good American face. The great Mel Israel changed his name to Mel Allen. Marv Albert was Marvin Aufrichting before dad Max shortened it. Society is a little more open and people less rigid.

Canadian play-by-player Harnarayan Singh (right with NHL commissioner, Gary Bettman) who is of Indian descent, wears a turban on-air. Good for him and good for progress!

In his autobiography, Oh My!, Dick Enberg writes about breaking into the business in Saginaw, Michigan. He says that it was suggested to him by a Jew at the station that he change his name because Enberg was too Jewish sounding. “As I look back,” Enberg writes in his book, “There’s real sadness in that insecurity but I was very young and did pause to give it some thought.”

Barry Jackson of the Miami Herald who doesn’t miss a beat reported that the Marlins are making changes with their radio broadcasts. In recent years, the duo of Dave Van Horne and Glenn Geffner have been in the booth and shared the innings. The senior Van Horne was assigned significantly more innings and deservedly so.

The team has apparently determined that the broadcasts need more zing and energy.

Jackson writes that the duo is being split up and that the format is being changed. There will be only one play-by-play announcer per game. Van Horne who turns 82 in August will cover roughly one third of the schedule alone and Geffner, 52, will voice two-thirds of the schedule. When one works, the other will be off.

Each announcer will be joined by a traditional analyst. Jackson mentioned that three studio analysts who work for Fox Sports Florida are being considered, JP Arencibia, Gaby Sanchez and Kelly Saco. Kelly wouldn’t be the first woman baseball broadcaster. Others include veteran Suzyn Waldman who does Yankees radio and Melanie Newman who’s with the Orioles. So every game will have one traditional play-by-player and an analyst. The play-by-player will call the entire game.

The team is saddled by having a lightbulb of a station as its flagship, WINZ. At night, its signal covers only part of heavily populated Broward County.

Van Horne, whose stentorian tone hasn’t weakened an iota, brings an old-school, rather staid, yet rhythmic call to the microphone. Dave is a comfortable listen and a Ford Frick winner who began his MLB career with the Montreal Expos. This will be his 52nd year in the Big Leagues. Denny Matthews was a rookie broadcaster when the Kansas City Royals opened for business in 1969. So he too starts his 52nd season whenever it is that MLB says play ball.

Interestingly the two, Van Horne and Matthews, began with an expansion franchise. Matthews holds the record in the American League for the number of years with one team. No one is likely to ever beat Vin Scully’s Dodgers record of 67 years with one team.

Geffner who was hired by the Marlins in 2008 after he was let go by the Red Sox has his shortcomings. While he’s committed to hard work , some say that he doesn’t articulate his words and often sounds like he’s mumbling. Geffner also has a tendency to spew so many numbers in one breath, that listeners couldn’t possibly digest what he’s saying unless all their names were Albert Einstein.

Relegating Van Horne to just 50 games or so might be the Marlins way of easing him out. Strikingly, putting the inferior Geffner ahead of him is a curious move by the ballclub. So be it. The winds of change blow year-round.

Random nuggets and comments, from here and there:

An old advertising client of mine Gary Labella sent me this video narrated by the America’s sportscaster, Al Michaels, It’s a history of Jews in sports:

Alex Faust, a hockey broadcaster who calls the Los Angeles Kings games, does a nice job calling basketball too. He does so for Fox. Casey Jacobsen who’s worked with him does a nice job as an analyst, without getting too complicated for viewers. Casey played at Stanford and briefly in the NBA.

Ray Lane is among the top ten most popular sportscasters in Detroit history. He turned 90 last week, February 9th. His daughter, Deanne was a longtime television anchor in St. Louis.  Lane did several sports in Detroit including teaming with Ernie Harwell on Tigers radio, 1967-72. He was also a longtime local television sports anchor. I would think that the all-time list of most popular sportscasters in the Motor City would include, off the top of my head and in no particular order, Harwell, Lane, George Blaha, Paul Carey, George Kell, Bob Ufer, Van Patrick, Bernie Smilovitz, Ty Tyson, Budd Lynch, Bruce Martyn and Ken Kal. If I’m missing someone glaring my apologies.

Have to feel great for standout play-by-player, Gene Deckerhoff who called the Super Bowl as the longtime voice of the Tampa bay Bucs. It was a season of restrictions for Gene as it’s been for so many others. Deckerhoff who also voices Florida State didn’t travel to any road games.  Yet he was wonderful calling the Super Bowl in his home stadium. Deckerhoff’s work is precious.

Dave Randorf, 53, is the new TV voice of the NHL’s Lightning. He joins the club from Rogers Sportsnet in Canada where he spent the past six years calling games nationally. Earlier in his career, Randorf did pre an post programming for the Vancouver Canucks.

Josh Lewin transitions from one sport to the other seamlessly. He’s good on his hoops’ calls, covering UCLA. I think of him first for baseball where he sprinkles in anecdotes so easily. Josh has tons of talent.

Mike Fratello remains a gun for hire. I heard him on a Clippers telecast the other night. I then saw him on the NBA TV set. Fratello will be 74 later this month. He’s got tons of energy.

Marv Albert told the New York Post that he was ‘winding down’ his career. Marv will be 80 in June. Does he think that we were expecting him to go to 95? Albert is very unlikely to return as the lead voice of Turner’s NBA coverage next year. This is the last season of his current deal. He’ll always first be remembered nationally for his years calling the great Michael Jordan teams of the 90s.

Meanwhile, Al McCoy is showing no signs of losing his sharpness, calling Suns games at 87. It’s his 49th season. Listened to him this week. If he lost a step, I had trouble finding it. And now, because of Covid, he sits upstairs, not in his usual seat, center court, on the floor.

Karl Ravech, ESPN’s baseball man, is doing more college basketball game than ever. Now his son is getting into the act. Sam Ravech did yesterday’s Wake-Clemson game for ESPN’s ACC Network.

Only in America: Earlier this month, while Rob Stone was hosting studio programming around college basketball coverage, he was seen hosting a bowling show on FS1. Unless there are two Rob Stones, I would assume that the bowling show was on tape. Maybe there’s a little Clark Kent and Superman in Rob but I doubt it. He’s good but not that good.

If television is a major indicator, interest in NASCAR is plummeting. From Sports Media Watch: “Last Sunday’s NASCAR Daytona 500 averaged a 2.8 rating and 4.83 million viewers on FOX, easily the lowest in the history of the race. Ratings fell 36% and viewership 34% from the previous low set last year, when most of the race was run on a Monday afternoon (4.4, 7.33M)

Good for Mr. Singh! And I suspect Thom Brennaman will be back before TOO long, given that he has indeed shown contrition. The same post today mentions Marv Albert. Remember that he had his own problems and returned. It would be nice if Dave Van Horne said he wanted to cut back. That would be understandable–most announcers with that long a career do so (I think Ernie Harwell worked a full schedule with the Tigers when he was 84–he may hold the record). It would be a shame if the Marlins made the decision for him, especially when he apparently… Read more »