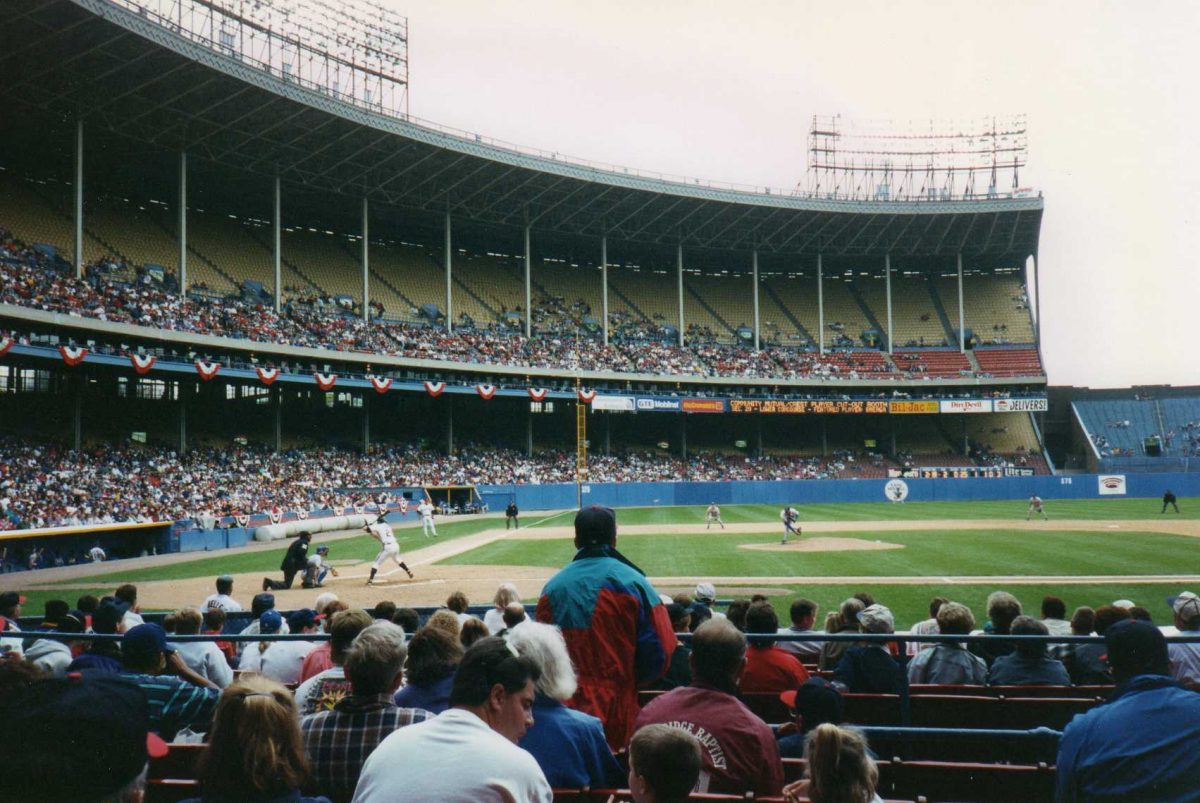 Municipal Stadium, Cleveland. It was dubbed by more than just a few as 'The mistake by the Lake.'

Is NBC’s Mike Tirico up to the task? Can the gifted generalist replace two giants, Al Michaels and Bob Costas?

Denny’s partners in KC are veteran Steve Physioc and Steve Stewart. The three got into the possibility of the Indians changing their nickname. One of them pointed out that before they became the Indians in the early 20th century, they were the Spiders for a short period of time. It gave Matthews an opportunity to talk about the Royals late pitcher Dan Quisenberry who would name the many spiders he’d find at decrepit old Municipal Stadium in Cleveland (the Indians home through 1993), and apparently there were no shortage of them. Matthews and his colleagues covered the Tribe’s history including standouts Bob Feller and Bob Lemon whom Denny got to know when the ex-pitching ace managed the Royals. When the players came into the clubhouse after a long night out, Denny said you couldn’t fool Lemon. Old Bob had been there a few times himself, Matthews said.

Denny told the story of the time that the Royals had a set at Cleveland’s Municipal Stadium when the city suffered a deluge of hard rain for three straight days and nights. When the head groundskeeper came out to inspect the damage, he found that a tire, yes a tire from a car or truck, had emerged from beneath the waterlogged grass.

I checked into this. The ballpark which opened in the 1930s was actually built on a landfill full of old used cars and tires on the banks of Lake Erie. As the Indians popular announcer Tom Hamilton told others simply, “The place was a dump.”

(Reminds me, tangentially, of the old New York WNEW’s Gene Klavan, whose on-air jabs at his sponsors regenerated millions in revenue from those same sponsors; or Miami’s Neil Rogers, who turned the station’s back-office empty suits into on-air straw characters, targets of constant derision. Many pretenders have followed that path; few of them to succeed artistically)

When White joined up with Rizzuto, it was more of an Abbott and Costello routine. Phil’s play-by-play suffered when the shenanigans took over. “Play-by-play” devolved into simply “byplay.” White developed into a decent broadcaster, unlike Fran Healy, he of the ever-clumsy syntax. (Some airmen thrive on strictly scripted work.)

What a great roundup! The stories that Denny Matthews was telling are a reminder of why baseball is such a perfect radio/audio sport. There’s room to talk. It appears that Cosell was incapable of being happy. But WHEN he criticized Whitaker might be part of the story. I’ve read that Cosell expected Roone Arledge to bring him over to the news division. Whitaker did features for the news division, I believe, and I’d imagine that bothered Cosell no end. And of course Halby remembers the story of Rizzuto leaving a road game early, as he was known to do, and… Read more »