In 1951, Bobby Thomson or Ralph Branca, was either the protagonist or antagonist, depending on your baseball loyalties. Their fame gave both celebratory status of sorts through much of their lives, particularly in New York.

Bobby Thomson’s game winning home run off Ralph Branca in 1951 at the Polo Grounds in game#3 of the National League playoffs: Russ Hodges (Giants radio), Red Barber (Dodgers radio), Gordon McLendon (Liberty Network), Ernie Harwell (Giants, local TV) and Harry Caray (St. Louis broadcast). In those days, rights didn’t have the restrictive architecture that they have today. Hodges said, “They (St. Louis’ KMOX) wanted to carry the game and asked if we could set Harry up. There was so little room, we ended up putting Caray in the same booth with us and putting a blanket between his microphone and ours.”

Four of the five men who called the ‘Shot heard ’round the world’ are Frick winners. Only McLendon isn’t.

In 1988, the Kirk Gibson homer run was called by Vin Scully (NBC TV), Jack Buck (CBS Radio), Bill King (Oakland Radio) and Don Drysdale (Dodgers Radio). Joe Garagiola, who had done play-by-play for years for NBC in his folksy style was the NBC analyst. Bob Costas greatly respects Garagiola for his ability to take a step back. “He came in and out smoothly, always leaving Scully the time he needed to do play-by-play. Joe’s measured comments and his analytical qualities were quite evident during the Gibson at bat,” Bob said. “I applauded Joe and told him so.”

Drysdale, of course is in the Hall of Fame, for his prowess as a pitcher. The others involved in the Gibson call are all Hall of Famers, Scully, Buck, King and Garagiola. 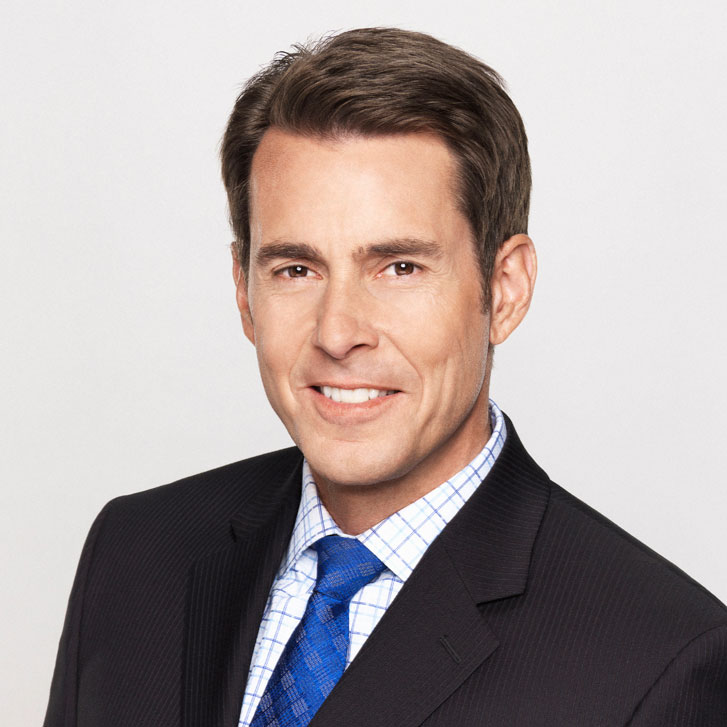 Talking of Costas, he and Tom Verducci (l) will present a treat next week when MLB Network showcases the greatest calls and moments voiced by iconic Major League Baseball play-by-play broadcasters. The original series is dubbed The Sounds Of Baseball.  Each appreciation program will focus on one broadcaster, with Vin Scully featured first this Monday, June 8 at 8pm EDT. The great Rhubarb in the Coliseum, which I believe, is Scully’s best available radio call is so rich, colorful and breathtaking that it’s hard to believe all these years later that a man just 31 at the time can pull off what he did that June night in 1959. The Sounds of Baseball is must viewing!

Locally, ratings for sports talk radio are getting walloped. No games, limited ratings. Stations that have taken significant hits include WFAN in New York, The Score in Chicago, KNBR in San Francisco, WJFK in DC, KKFN in Denver and many more.

The NFL is anticipating a great reduction of the number of fans at their games this season due of course to Covid-19. In more ways than one, the financial losses will run deep across the league’s landscape. In addition to a major hit in ticket revenue, sponsors and advertisers won’t pay the big bucks for signs that fans won’t see.  The NFL is as such considering allowing field signage similar to what you see on televised soccer, on NHL dasher-boards or the NBA’s scorer’s table. If this is approved, sponsors will get valuable television visibility for their signs.

First year in the pros

NSMA’s regular forums on Zoom are gaining traction. Earlier this week, three first year, top-league broadcasters took stage virtually. They were all impressive. Noah Eagle shared the story of how he got the Clippers radio job freshly graduated from college and just 22. Greg Papa was only 22 too when he called Indiana Pacers games, beginning in the 1984-85 season. Both are Syracuse University alumni. Noah is the son of CBS’ Ian Eagle.

With the recommendation of Syracuse University faculty member Olivia Stomski, Eagle got a call from Nick Davis at Fox Sports West and the process began. First, Davis told Noah that they were looking to replace Ralph Lawler who had just retired and whose association with the club dated back to the 80s in San Diego. The word replace might have been a bit daunting to the personable Noah. No one replaces a legend, certainly not immediately. And Lawler was just that, one of the five icons who called sports in Southern California along with Vin Scully, Chick Hearn, Dick Enberg and Bob Miller.

Yet Eagle went after the gig with aplomb. Listening to him on the panel the other day, he was just that, confident, friendly and ahead of his years. There are few who replace legends and become equally beloved as their predecessor. Interestingly, Greg Papa was one, when he eventually followed the emotionally immersed and gifted Bill King in Oakland with the Raiders. Noah is ticketed for a fine career. He’s young, talented and will grow in stature.

As it turned out, the Clippers were filling two positions. They moved Brian Sieman to television. He had paid his dues on Clippers radio and deserved a shot on television. He was a bit high octane for my liking, yet he seems to be respected for his work in Southern Calfornia. 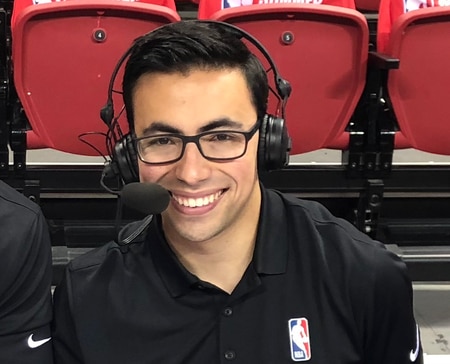 Noah (l) flew west from Syracuse and interviewed under Davis and the team’s top executive Gillian Zucker. He then headed back to Syracuse and didn’t hear from anyone for an agonizing week or ten days. Eventually, the phone rang and he was told that Steve Ballmer, the owner and former Microsoft boss, would interview him. So he turned around and traveled to Seattle. Ballmer asked some pointed questions and Eagle says he answered them honestly, instead of paying verbal homage to an owner who might have expected scripted answers.

Doing the NBA on radio requires a rhythm that takes time to develop. As the season progressed, Noah was feeling more comfortable. The truth is that NBA games on radio are easier to do than college basketball because the pro game itself isn’t choppy or sloppy. College ball can be. Once the broadcaster adjusts to the pro flow, it’s easier sailing.

Melanie Newman whose resume includes Miss Petite USA has lots of the south in her roots. She attended Troy State (Alabama) and Kennesaw State (Georgia), yet her accent isn’t redolent of the south. Maybe because she’s hopped around getting baseball experience up north, in Frisco, Texas and Liberty University. She has a great command of the language and has earned a spot in the Orioles broadcast rotation, if they ever play.

Another new Orioles’ voice this year is Geoff Arnold. He took an interesting road. After graduating Dickinson College in 2010, he first pursued a career as an umpire. He wasn’t the first. Brent Musburger did so too before writing and broadcasting.

Arnold says that the umpiring experience helped him gain more insights into the game. Eventually, he turned to broadcasting, joining the Frisco RoughRiders and then the Wilmington Blue Rocks. Now he’s in the Big Leagues.

I remember reading that Brent umpired behind a rookie catcher named Tim McCarver, and they were supposed to work together on CBS’s MLB telecasts. Brent also said he led the league in ejections that year. Maybe his idol was really Bruce Froemming? On Gibson, it’s interesting that NBC pushed out Garagiola after that series, and one of the comments had to do with him not saying enough and Vin dominating the proceedings. In Ken Korach’s marvelous book on Bill King, he has the transcription of King’s call of the Gibson homer. Right before it, King said, “Eck still hasn’t thrown… Read more »