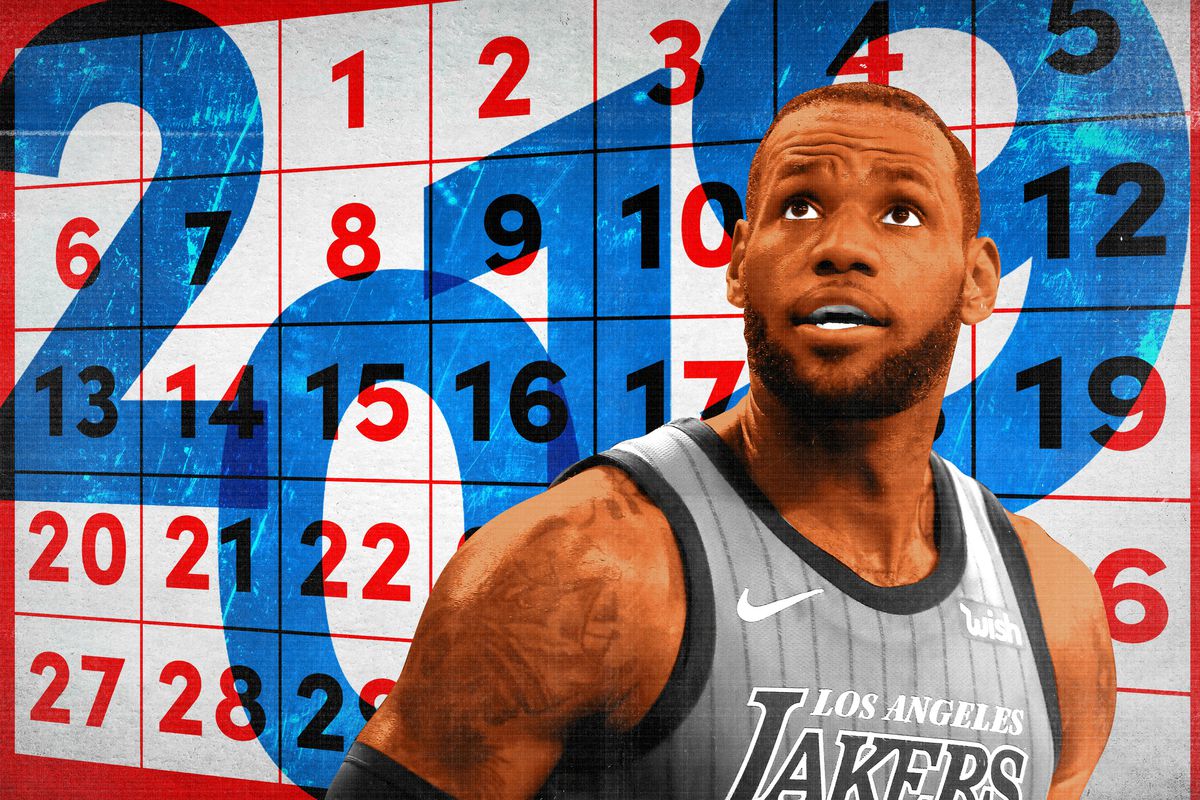 Jim Barnett, an eleven year NBA journeyman, did color on Golden State Warriors telecasts for 34 seasons. He’s 75 now and has been moved or shall I say relegated to radio.

The club positioned the Barnett move in emollient fashion but the color role on radio is extraneous. For Barnett, one piece of unsolicited advice, shush. This isn’t television. During the playoffs when he was paired with play-by-play announcer Tim Roye on radio, Jim went on and on. If people do listen to an NBA game on radio, it’s for information not the esoteric. Barnett’s new role requires restraint. Listeners on radio can’t see what commentators are referencing. So the imperative on radio is to report the time and score and present the play-by-play musically and rhythmically. That’s tough enough. For the listener, anything more is often distracting and represents unctuous, unneeded calories.

So with Barnett off camera, Kelenna Azubuike, is the analyst. He was a pre-gamer until now  on Warriors Pregame and Postgame Live. Bob Fitzgerald will do play-by-play. Fitzgerald pales to the fellow he succeeded, Greg Papa.

Radio coverage of the NBA is imperiled. The medium is an endangered species, threatened by extinction. NBA radio will likely will be gone as we consume it today by the time my grandson reaches adulthood. Don’t worry. He’s only 16 months young. It’s happening in hockey already and will occur over the next score of years in the NBA.

There’s little sponsor interest in NBA radio. Just ask the teams’ sales heads. The audience numbers are declining. Given these accelerating developments, teams have correspondingly moved radio commentators to the nosebleeds, where calling a game is a struggle. The hockey situation has grown dire. The Kings and Devils have moved their audio to the digital space. Others take the television audio and run it on radio. They include Dallas, Buffalo and Carolina.

In the days when radio meant something, broadcasters worked alone. Should I name a handful? How about these luminaries? Bill King, Marty Glickman, Chick Hearn, Marv Albert, Johnny Most and Joe Tait. That’s for starters. The broadcasts were great then. There was nothing missing. They were music to the ears.

In fact, on the night of May 8th 1970, when the Knicks won their first NBA title, Albert did the game on radio, alone. ABC Television’s coverage with Chris Schenkel was run in New York on delay, at midnight. Marv had no partner. When the game ended, he had to return the broadcast back to the studio where the station ran music. Albert then ran down to the locker room to record snippets with the winners. Once he was set, the station sent it back to MSG for the post game show.  Different world then. America was fighting a war in Vietnam and the country was as divided as it is now.

The radio story in the NBA belongs to the magical Al McCoy, 86, still so remarkably sharp, doing every Suns’ broadcast, home and away. Al says it’s preparation, focus and rest.

There was no bigger play-by-play name in Utah than Hot Rod Hundley. He was absolutely beloved. Like Chick Hearn, he did a simulcast. When the simulcast was split to separate productions, radio and television, Hot Rod went with radio. Pushed up to the nosebleeds to call games, Hot Rod retired a few years later. He passed in 2015. God bless his soul. As a well deserved honor, the team redecorated the press room in Salt Lake. It’s stamped the Hot Rod Hundley Media Center.

Hot Rod told me that when the Heat went into business in 1988, managing partner Lewis Schaffel wanted to hire him. The two had worked together when the Jazz were still in New Orleans. You ask, the flamboyant Hot Rod in staid Salt Lake? Yep, and he was an icon there. To my knowledge, Hot Rod and former Celtic, Michael Smith are the only ex-players who did NBA radio play-by-play.

Unsure how this came down and whether Bulls’ management had its fingerprints on the decision. But this is Neil Funk’s last year on Bulls television. He cut back his schedule last year. This season will be his last doing the NBA. Unlike baseball, many NBA voices work just one team their entire careers. Funk by my count called the Nets, Sixers, the Kings in Kansas City and the Bulls.

Neil is a delightful fellow. He turns 73 next month. He’ll be missed around press rooms where he was always a fixture prior to games. Funk was a better fit on television than on radio. The Bulls should hire the team’s radio broadcaster, Chuck Swirsky as Neil’s replacement. He’s Mr. Chicago Sports, is a solid play-by-play voice and has a big heart. They still talk about Chuck in Toronto where his television call was never dull.

Back to Neil for a moment. Ex Wizards’ general manager, Ernie Grunfeld told me years ago that when Funk did the Kings games in Kansas City, he had to schlep the equipment with him, city to city, wherever the team went. This was in pre-charter days. And who knows? Kansas City didn’t always have nonstop flights. Funk earned his keep. Neil has been calling games since 1976. His son Will is a sales executive with Turner Sports.

Networks – lucky save for Marv and another iteration for ESPN’s pre and post game shows:

Marv Albert was saved by the executive shuffle at Turner earlier this year. When AT&T bought the company, David Levy left. Levy and sports head Lenny Daniels were about to demote Marv to a secondary role during the final two years of his contract. Marv’s deal ends after next season when he’ll be a three point shot away from his 80th birthday. CNN head Jeff Zucker, the new sheriff in town, under whose aegis Turner Sports falls, has been too busy clearing the billowing smoke coming from Erin Burnett’s ears when she hears the name Donald Trump. In other words, Zucker had other priorities and Marv was spared. Good for Marv. So far so good. It’s still early. The social media gremlins who keep tabs on Marv’s performance have been quiet.

With Michelle Beadle dropped by ESPN, the network is shifting around its personnel and giving larger roles to Rachel Nichols and Maria Taylor. The indefatigable Stephen A. Smith is now a major face of ESPN’s NBA coverage. Jalen Rose, Jay Williams and Paul Pierce will continue in tweaked assignments.

The Cleveland Cavaliers were forced to make moves late in the off-season after the sudden and untimely death of television play-by-player, Fred McLeod on September 9th. John Mitchell was promoted from the radio ranks. The Cavs went an unconventional route to find Mitchell’s radio replacement. They brought in a 56 year old who’s worked in local Cleveland radio, Tim Alcorn. It’s his first NBA job.

There were other changes announced in the off-season and were covered in our story last August 12th. The Clippers, Blazers, Wizards and Pelicans were all involved. See details here: NBA’s Clippers, Pelicans, Wizards and Trailblazers make talent changes for coming season

Noah Eagle who got the Clippers radio job at age 22 is the son of Ian. So one team goes to a 56 year old and another goes to someone 34 years his junior. Neither had NBA experience prior to the season. Noah’s experience is doing college games while a student at Syracuse. I listened to him last night. He has a good voice, one that doesn’t reflect his callow resume. He wasn’t bad at all and has a good future ahead of him. It will take Noah time to learn how to balance the energy required calling a pro game on radio, the rhythm needed, how to deal with the sheer number of games and the demanding travel. He’ll get there. He’s only a few weeks in and doing just fine.

So let’s think about this. When the Clippers play the Suns, the two respective radio play-by-play announcers will be 64 years apart in age. We can start a rumor that Al is Noah’s maternal great-grandpa. What do you think?

For a final thought, let’s juxtapose political correctness then and now:

Curt Gowdy, one of the very top all-time sports network greats, did the 1975 World Series on NBC, an unforgettable seven game Fall Classic. It was the Reds and Red Sox. Game one was played in Boston. Sherm Feller, the distinct and gravelly voiced public address announcer at Fenway Park told the patrons that the first pitch would be thrown out by William Simon, U.S. Secretary of Treasury, representing the president of the United States. At that point, the crowd began to boo. After the ball was thrown and after the ceremonial picture-taking was completed, Gowdy said nonchalantly that the prices of gas in New England were the highest in the country and that political officials are often booed in a public venue. An innocuous comment. Right?

There was no backlash. First, not only was social media not born yet, neither was cable television. Ford was not a popular president, in part for pardoning Richard Nixon after he resigned as president in 1974. When Ford ran in 1976 as the incumbent, he lost to Jimmy Carter.

Flash forward to Donald Trump’s visit to World Series game #5 in DC last month. The president was jeered to some degree. From what I remember, Joe Buck didn’t say a thing on Fox.

Political correctness is so pervasive today that announcers keep their muzzles handy, fearing a backlash.

Had Gowdy said today what he did in 1975 at Fenway, he’d have been berated on social media.

And, if he were working for ESPN, he might have been suspended. It’s 2019!

Wonderful commentary. The Gowdy comment was probably toned down for the time. And yes, if he said it on ESPN today he would be suspended. Great stuff Halby.

I’ll second that, and add that Gowdy and Kubek got a lot of flak from umpire Larry Barnett for their comments about his call on the Armbrister play, and that he got death threats. Since then, the story has spread that that helped lead to Gowdy’s ouster from the Game of the Week. But Carl Lindemann of NBC Sports had told Curt Smith that Chrysler already had ordered him off of the broadcasts so that Joe Garagiola would be the undisputed #1 which made the fact that it was a great series involving Gowdy’s old team so poignant.

A Casey Stengel like line about Noah Eagle that he has a “good future ahead of him.” If his future was “behind him” that would be a something.

I think Curt Gowdy once said the same thing, so we are all in good company!