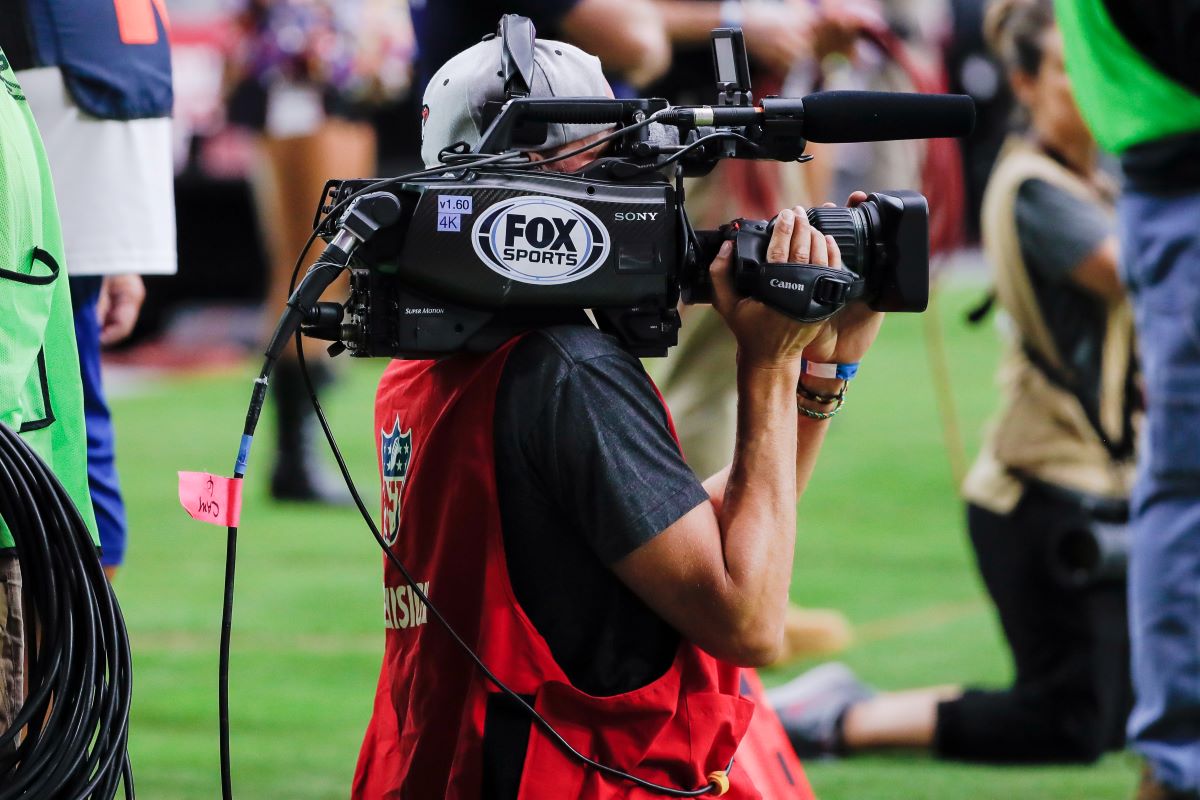 Someone has to pay for the NFL rights fees

Got word today from a network executive that NFL ad rates can possibly go up as much as 10% this season. The networks are enjoying strong sports revenue, particularly from the insurance and FANG categories. One executive called it “robust.” Auto is coming back but the travel, leisure and movie businesses are understandably lagging.

What’s changed in the last decade is that ABC, CBS, Fox, and NBC now generate considerable revenue from fees they collect from local affiliates. Years ago, it was virtually nil. Now it’s a growing share of over-the-air networks’ overall revenue. Just as cable has historically had two streams of revenue, advertising and cable distribution fees, over-the-air networks now have income form both advertisers and local affiliates who pay them for local retransmission. As an example, the NBC affiliate in Atlanta, pays the network for the national programming it runs. These affiliate dollars seem to be going up and they help defray the exorbitant fees being paid by the networks for the NFL. Now, the affiliates will have to reach deeper into their pockets to run the games.

Bottom line is this. Both network and local advertisers will have to absorb strong rate increases going forward should they continue to enjoy visibility in sports like the NFL. For national advertisers in particular, who continue to face a splintered media landscape, there aren’t many options to reach the masses. It’s why network TV sports continues to thrive.

More on the networks

Sounds like the leagues are lining up quickly at the doors of the networks to initiate or extend their television rights deals. The NFL’s new deals with four networks are costly to say the least and they’ll drain bottom lines in the years ahead. Lest these dollars dry up, the leagues have opened discussions on renewals. The NBA’s deal for instance ends in 2025 with ESPN and Turner. The NBA is hoping the new agreements will leap from their current $25 billion to $75 billion. Meanwhile, the NY Post is reporting that ESPN and MLB will announce a renewal soon at $100 million fewer than the Bristolites are paying now. ESPN won’t run as extensive a schedule under the new rights being discussed.

Nice having friends and family in high places.

That happens often in the broadcast world. Ryan Ruocco who somehow gets NBA assignments at ESPN is the son of recently retired NFL executive Peter Ruocco who was the league’s Senior Vice President, Labor Relations. Ruocco worked for the NFL for 35 years. That’s a long time cranking out tons of numbers.

John Sterling’s speech sounds affected on Yankees’ radio. He over-annunciates some words, speaking with utmost clarity, pronouncing each syllable fully. Then there are other times, his speech is redolent of his days as a kid on the Manhattan streets. One that comes to mind is, “That was an erra” (instead of error) or “Both pitchis (instead of pitchers) showing good control,”  The late Bob Sheppard, the longtime Voice of Yankee Stadium should have had a sit down with him.

One thing that John truly does impeccably well is read tens of commercial drop-ins in every broadcast without ever fluffing one of them. Doing so flawlessly over 162 games is almost impossible. While he’s criticized for a lack of accuracy on his game calls, John’s commercial work is terrific. Sterling will be 83 on July 4th.

For John Sadak, landing in Cincinnati as the Reds new TV play-by-player, is a dream come true. Other than doing Minor League ball where no one gets rich, Sadak was essentially a freelancer. He called lots of football and basketball games on national radio and television. The last 15 months or so were a challenge. No elephants, no circus. No games, no work. No work, no money. At 42, he’s living a dream. You won’t hear any complaints from him about remote broadcasting. He’s just happy to be in the Big Leagues. 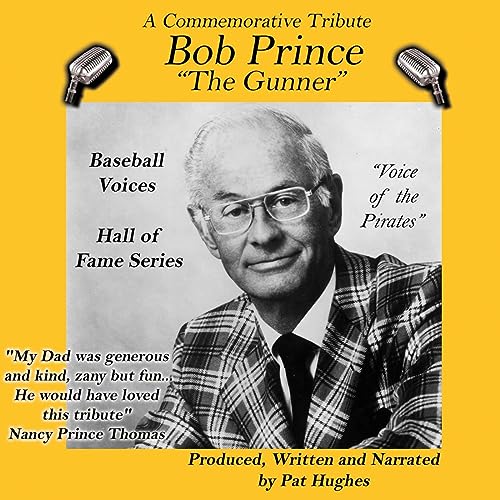 Dave Van Horne, calling last night’s Miami-Baltimore game gave the origin of the popular expression, “All we need is a bloop and a blast.” It was ‘The Gunner,’ Bob Prince, who developed the expression and used it for years on Pirates broadcasts. Dave said that when the Bucs left Forbes Field for Three River Stadium which had an artificial turf, Prince would describe the bases loaded as the “the rug is full of bugs.” Prince also referenced Roberto Clemente as Bobby Clemente.

When the baseball Giants moved west, Russ Hodges came along from New York and he was joined by Lon Simmons. The duo worked together for some 13 years and they were beloved. One July 19th when ace hurler, Juan Marichal was gunning for a no-hitter late in the game, Hodges was slated to complete the broadcast as the team’s number one announcer. But the good-hearted Hodges turned to Simmons and said, you ride with it – it’s your birthday. But the no-hitter didn’t eventuate. Marichal pitched only one no-hitter in his long and illustrious career. It was on June 15, 1963 against the old Houston Colt 45s.

I’ve noticed that baseball announcers doing games remotely are struggling to keep tabs of balls and strikes. It’s either because of intermittent  access to the score bug on the TV screens off which they’re calling the game or just the fact that they’re not in the stadium. We’ll see how quickly they’ll be back on the road if at all.

The legacy of Keith Jackson

According to Jim Spence, the number two executive at ABC Sports under the legendary Roone Arledge, the legacy of Keith Jackson might have been altered had he been retained as the play-by-play voice of Monday Night Football. The series kicked off in 1970 with Keith chronicling the game and Howard Cosell and Don Meredith providing commentary of all sorts. Arledge brought in Frank Gifford as play-by-player beginning with year #2. Arledge was firm with his decision, albeit that Spence and others tried to dissuade their boss. Remember that Gifford had no play-b-play experience and labored early once given the lofty assignment.

In retrospect, Spence says that Jackson, who soon thereafter was assigned as the network’s lead college football announcer would in time become an icon connected with the Saturday sport. Spence adds that had Jackson continued on the NFL, the mix of HOF announcers covering pro football might not have allowed him to stand out against names like Al Michaels, Dick Enberg and others.

Joe Buck will be the first sportscaster to earn a spot in the rotation of temporary Jeopardy! hosts following the death of Alex Trebek. Buck’s scheduled to be on from Aug 1-13. Will the revolving door ever end? The talented Buck, concise and spot on calling both baseball and football, will have an opportunity to do something he does little of calling games, and that’s use his dry sense of humor and exude some of his off the mic warmth. Should be an interesting watch.

On Saturday, May 1, Warren Buffett, 90, will preside over the annual Berkshire Hathaway shareholders meeting. It will be streamed by Yahoo. Last year’s meeting drew 2.5 million live streams and a total audience of 28.4 million across Yahoo, connected-TV apps and social media. The average watch time was 19.2 minutes, which Yahoo says “is robust by overall digital video standards.”

In one of the most difficult of times for our wonderful country, when the entire world for that matter was plagued by a frightening pandemic, Buffett reassured us. This too will pass, the wise billionaire suggested. And with the equity markets at the time dropping like a brick, the dean of investing showed a graph that demonstrated the market’s historical resiliency . Warren was a seer. The markets have come back and so has the economy.

By the way, Warren is a big Nebraska football and Creighton basketball fan.