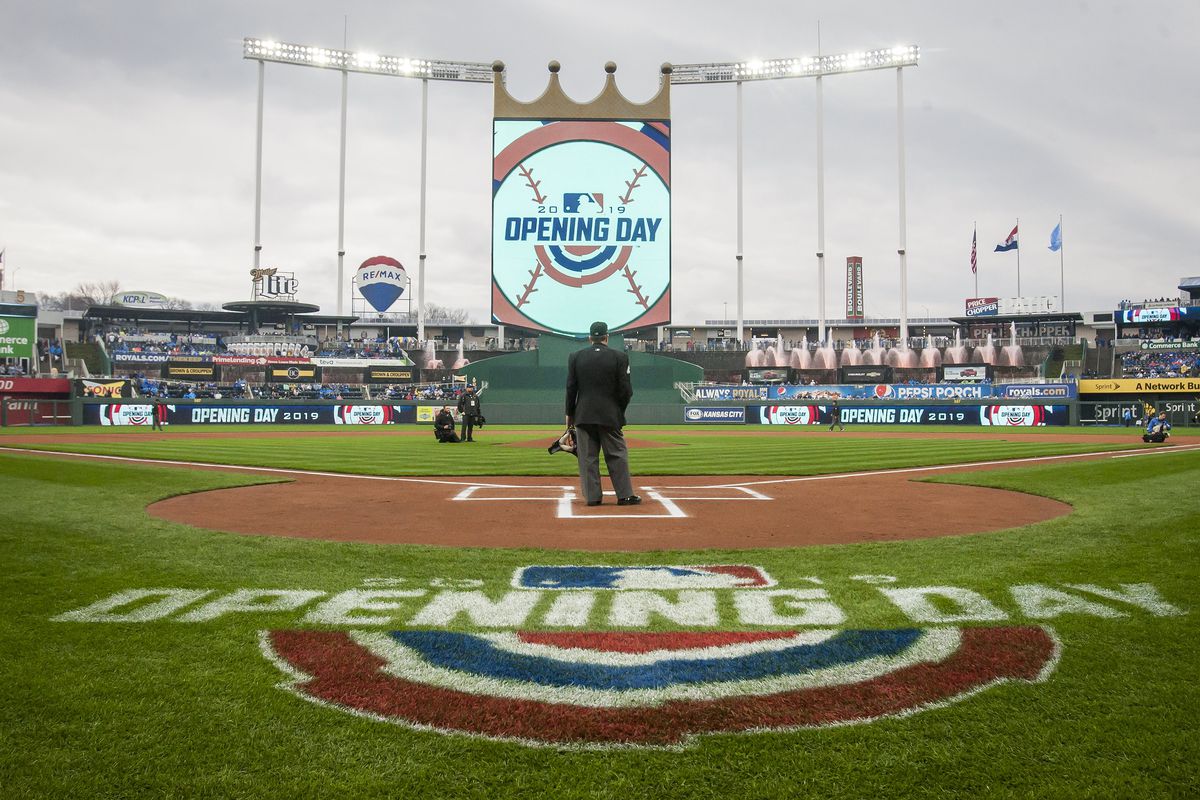 Like other sports, when and if the baseball season will start is anyone's guess

The NFL will likely announce its schedule on Thursday, May 7th. How much it will be altered, if at all, no one really knows.

Talent, baseball announcers in particular, have families to feed, as do millions of Americans. It appears that those working for Entercom are subject to across the board cuts that could be in the neighborhood of 20%.

Many voices work directly for the ball club. Others work for radio stations that run the games. Telecasters are often employed by regional cable networks. The Yankees’ radio team of John Sterling and Suzyn Waldman might be those cut as are other employees of the company. The two announcers work for Entercom.

Each contract has its own set of guidelines. What’s likely to come under question is whether employers can invoke force majeure clauses, often included in talent contracts. Force majeure is simply known as an Act of God. Will the pandemic event qualify as force majeure? Sounds like lawyers will be busy arguing over this as it pertains to many contracts, sports and others.

On a broad scale, one well established agent sounded a little more optimistic, but cautious. He shared this, “Other than a few freelance people who get paid per event, everyone has been paid in full so far, and nobody has been remotely even asked to take any cuts. That might change. But no sign yet.”

Had a chance to check in with a longtime sports broadcast executive who told me that revenue challenges are daunting. So many businesses are shut down that even spikes in ratings are impossible to monetize. Advertisers are just not investing in media now.

Many people around the country remember the late Al Kaline as a Hall of Fame, Tigers outfielder. He also spent 25 years as the team’s analyst on television (1976-2001). His boothmate most of those years was George Kell. Both were inducted into the Halll of Fame, Kaline in 1980 and Kell in 1983.

Bob Costas was interviewed by an Albany, New York radio station last week. He was asked whether the basketball team of his alma mater Syracuse would have a better season in ’20-’21 than the one just completed. He told the hosts that his first thought is whether they’ll be a college basketball season next fall, or more so whether campuses will even open.

Former ESPNer Jon Miller, who presided over Sunday Night Football for the network for 21 seasons shared a couple of wonderful tidbits with me this week.

The great Ernie Harwell told him that in his opinion the Orioles’ Chuck Thompson had the best voice of baseball announcers (at least then). Indeed, Chuck’s tone was mellifluous. Miller, who might have the best pure baseball voice today of anyone, grew up in Northern California. Like many others, he adored Bill King. “When I was a kid, I would listen to Bill do a basketball game. He was so accurate that I could keep score at home and record every point and rebound!”

Monte Moore was instrumental getting Miller into the Big Leagues. Monte was the longtime voice of the A’s, beginning in the team’s Kansas City days and then onto Oakland. With owner Charles Finley’s approval, Moore hired Miller in 1974 to join him in Oakland. Miller was all of 22 at the time.

Miller still calls San Francisco Giants games on both radio and television. In normal times, he would do some 145 games a year.

Moore out-survived an endless list of A’s announcers who Finley hired and fired in rapid succession. They included four Hall of Famers, Harry Caray, Bob Elson, Al Helfer and Miller. Monte also worked with Jimmy Piersall, Red Rush, Bob Waller, Jim Woods and others. Moore turns 90 on July 26th. Ken Korach is the lead radio voice of the A’s. He begins his 25th season with the A’s if and when the 2020 campaign launches.

With sports sidelined, my stream of consciousness turned for a moment to the breweries. How did beer companies like Anheuser Busch survive the Prohibition period? The Volstead Act was in effect (1919-1933).

I found a couple answers:

Breweries made everything from ceramics and ice cream to barely alcoholic “near beer,” (those under the  alcoholic percentage limitations) which used the same machinery as brewing beer.

“Prohibition knocked the stuffing out of the beer, wine and liquor industry in America but many survived in different ways. Jack Daniels survived because it was purchased by a gangster who used the “medicinal use” exception to make millions of gallons and then sell it to bootleggers.”

Chuck Cooperstein, veteran radio voice of the Dallas Mavericks told an interviewer that he hopes the NBA will permanently open the season later in the calendar year. That would of course mean, the season would linger into July.

Stories from the trenches:

The first is about Bob Elson who called White Sox games from 1930 through 1970, interrupted only by his military service during World War II. Elson is a Baseball Hall of Fame, Ford Frick winner.

Bob Elson was an excellent Gin Rummy player..seldom lost ..but whenever he did..he would whip out a $100 bill and ask if the person had change. Who had change of a $100 bill in 1963? Then when the person would say he did not have change, Elson said he would pay that person at a later date, except he never did pay anyone!

Elson walks into the Indianapolis Indians offices and challenges Max Schumacher, the Indians General Manager to a game of Gin Rummy. Max wins $8.32 which in 1963 meant something. Elson whips out the $100 bill and says to Max, ‘Do you have change?’ Max says, ‘Excuse me one minute.’ Max walks over to the vault, gets the $91.68 and gives it to Elson! First and only time that Elson paid up! Elson was not well liked. In fact ,when the White Sox won the pennant in 1959, NBC did not chose him to announce the World Series. He was devastated.

Howard also tweeted this note which I thought was wonderful:

“Legendary Pirates broadcaster Bob Prince was offered the San Diego Padres job in 1969 (when the team was born). He said, ‘No.’ Why? ‘You have the ocean to the west; Mexico to the south; the mountains to the east and Vin Scully to the north!'”

Tim Ryan was one of the most versatile network broadcasters ever. He did just about everything and anything and did them well; NFL, Stanley Cup Finals, NCAA Basketball Tournament, boxing, tennis, skiing and Olympic sports.

He shared this story:

In 1972 when I was doing boxing for Mutual Radio, the network bought the radio rights to a heavyweight championship fight in Europe (I forget who was in it). The network hired former heavyweight champ Floyd Paterson to do the call with me from the Mutual headquarters in Washington on a monitor from a closed-circuit TV feed.

The  Mutual boss invited John Ehrlichman, (counsel in Richard Nixon’s White House who was  later jailed for involvement in the Watergate scandal).

He arrived at the studio directly from testifying that day at the Congressional Watergate hearings at which he was ultimately convicted! The Mutual boss, apparently a friend of Ehrlichman, was jovially introducing him  to his guest and naturally to Paterson and me. A photographer named Bermuda Schwartz, a New Yorker whom I knew, snapped a photo of Ehrlichman and me!

Gratefully, I convinced Bermuda not to sell that photo, but to send me a print. I have it on my desk in a rogues gallery that includes me with Trump and and another, with my former friend Bill Cosby.

All wonderful! I read Tim Ryan’s book, and I have wondered if there is anybody he did NOT meet. He’s had quite a life. Trivia: Presuming we have some baseball this season, and then he continues next season, Korach will be the longest tenured broadcaster in A’s history. This would be his 25th season, tying him with King, and one more than Moore. I had never known about Prince being offered the Padres job. When Curt Smith interviewed him for his marvelous book, I remember Prince said something about having lived in LA and wondering how he would have gone… Read more »