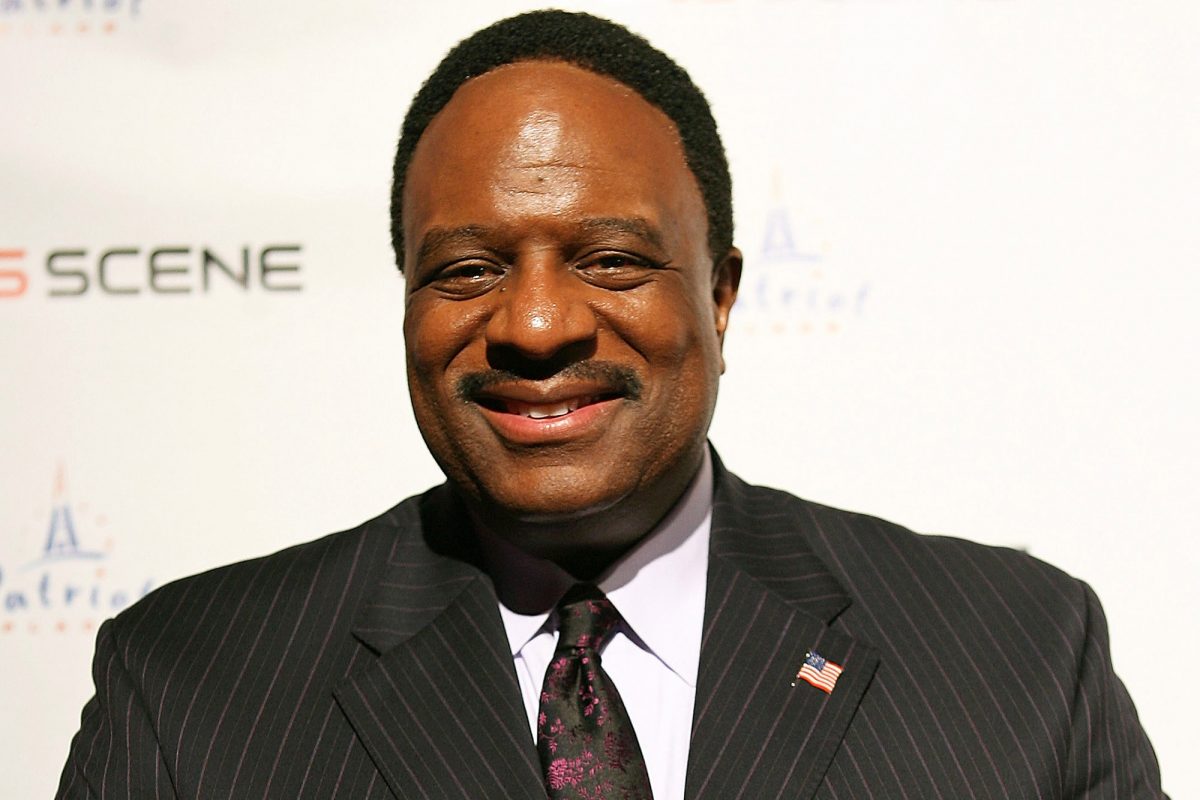 James Brown has been a top NFL studio host since 1994, first for Fox and since 2006 for CBS. Nate Burleson is getting more visibility lately.

A lot has been said about the NFL network telecasts and planned talent changes. Four of the five stole the show, getting a plethora of attention. Interestingly, CBS, the network that started the spending spree in 2017, signing Tony Romo in 2017. He’s now making $1 million a game. That’s right, a million a game. Other than that the depth chart, CBS should remain intact. There were some rumblings about Charles Davis’ spot on the depth chart. He’s currently number #2 behind Tony Romo, alongside Ian Eagle.

James Brown, 71, who by now can be tagged as legendary for his decades in the studio at both Fox and CBS is not quite as visible to viewers as he had been. The assertive and talented Nate Burleson appears to have a sense of command on the NFL Today. Brown is talented, brings a warmth to the set and is a comfortable host. CBS might be preparing for his retirement. You won’t meet a nicer man.

Fox’ studio needs to freshen up. Terry Bradshaw, 74, has turned into a carnival barker. He adds little to explaining the game to viewers, ditto Howie Long, 62, but he’s a bit slicker. Jimmy Johnson, 79 this summer, has cut down his travel from the Keys in Florida to California each weekend. Host Curt Menefee, 56, is solid. Tough job keeping the peace among that bunch and distributing the air-time in equaled measures with limited time.

NBC’s pre and post shows are informative but things are in the process of changing with Mike Tirico succeeding Al Michaels on Sunday nights. Tony Dungy is 66 and greatly respected around the league. Drew Brees will likely remain in the studio and I suspect that Maria Taylor will have a cameo role. Maria is still trying to pick herself off the mat after her skirmish with Rachel Nichols at ESPN.

ESPN, using Steve Young and the steady Suzy Kolber, will remain a good lead-in to Joe Buck and and Troy Aikman on Monday nights. How Amazon Prime builds its lead-in and follow up programming is to be determined. Hiring Kirk Herbstreit before Al Michaels was peculiar so no predictions there. Al will figure it out. He always does. And there’s still no word on Hannah Storm and Andrea Kremer who partnered on the Thursday games the last couple years. Hannah is a good studio host and excellent interviewer. Kremer is a superb writer and an overall good reporter.

Jim Nantz took over for Brent Musburger on the Final Four in 1991. He’s done everyone since. For humble Jim this is is his 31st straight. What puts Jim up there in rarified broadcast air is his warmth, his immediate references to history and an amazing recall of relative stories shared, recently or years ago. There’s never necessary dead air when Jim is running the show. He knows when to let the game come to viewers and when to stir it up a bit. In some way, much like Vin Scully, Al Michaels and the late Dick Enberg, he knowns when to use an anecdote and how to slip it in quickly. Doing it seamlessly is the trick.

Last year, I asked the Sunshine State’s beloved Gene Deckerhoff, 76, Voice of Florida State football and basketball and the Tampa Bay Bucs which of the two packages he’d give up first if he had to give up one of them. He answered cleverly. “I can’t play Solomon.” He’s done the Seminole basketball games since 1974 and football since 1979. That’s a long stretch. of years.

Gene’s retiring from FSU and will retain the Bucs. He did both their Super Bowl wins since starting with the club in1989. When I asked Gene for tips for budding broadcasters, he suggested that they serve on their school’s debate team and study a foreign language. Unique thoughts and good ones. Gene also told me that his football role-model was the late Rick Weaver, for many years the Voice of the Dolphins. We’ll miss Deckerhoff on FSU and we’ll continue to appreciate his uncontrived self on the Bucs.

Pistons’ telecaster, George Blaha, is out for the rest of the season, undergoing a heart procedure. He insists he’ll be back next season. He’ll be 77 next week. At what point does traveling and doing games become a hazard to your health? The Pistons’ radio man Mark Champion is exceptional. He was even better on the NFL first with the Bucs.

Sad to see that John Clayton has passed at 67. For years, he was an ESPN mainstay covering the NFL. John was always giving of his his time to those who approached him in the press box.

Sorry to hear that Rich Waltz wasn’t renewed by the Los Angeles Angels. He was was dismissed by the Marlins, let go by Derek Jeter. He then did games nationally here and there. Rich thought he found a home last season with the Angels but wasn’t retained permanently. Too bad.

Kevin Brown, a New York boy, took the fulltime television job with the Orioles. He does stuff for ESPN too. Until now he’d been doing the Orioles part-time.

About the pre-game shows: Brent Musburger was pepped up but still calmer than certain others these days. From the beginning on Fox, Bradshaw was the key player, but Brown and then Menefee kept things under control. The same on CBS with Greg Gumbel, Nantz, and now Brown. You need a solid citizen as the referee on those shows. Deckerhoff’s advice reminds me of when, at age 8, I wrote to my idol for advice on becoming a sportscaster. Vin, then only 24 years into his Dodger run, said I should be an English major with, if possible a radio minor.… Read more »