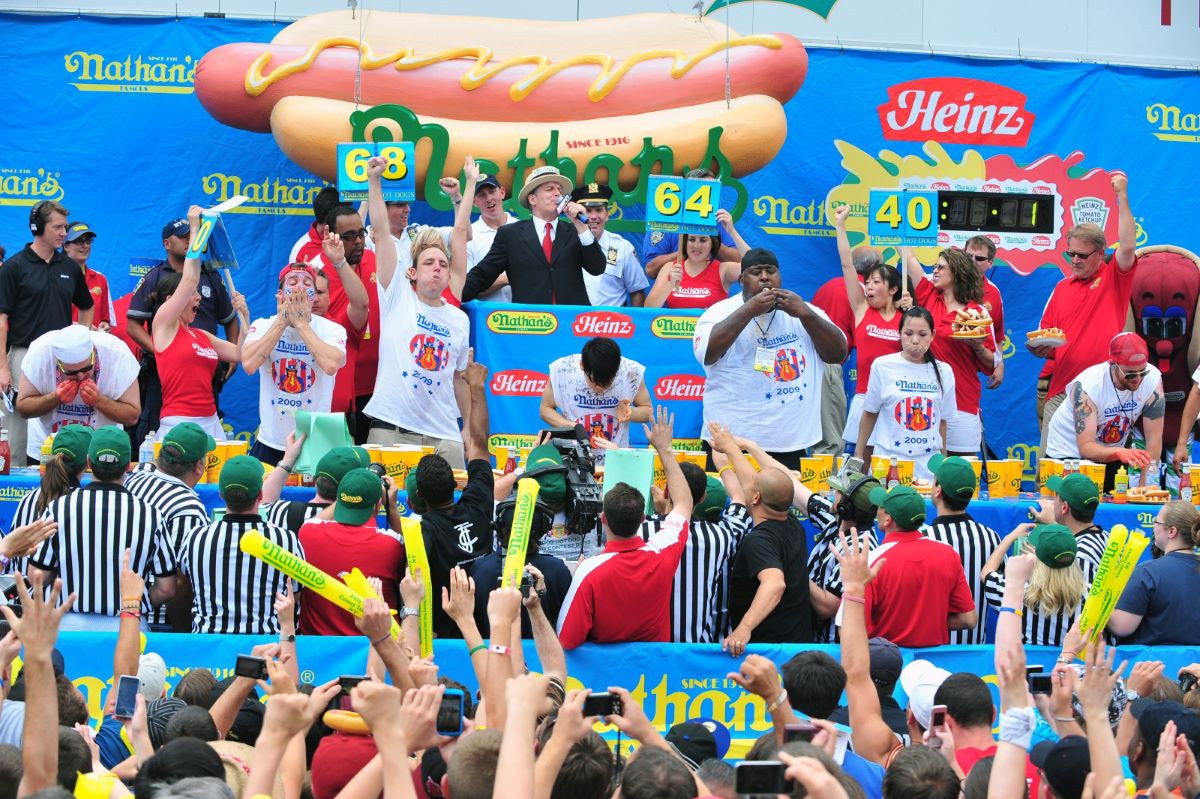 Is overindulging on hotdogs a sport? I guess ESPN thinks so. When I accidentally turned it on, July 4th, I made a run for the nearest sickness bag. Yikes! Is that what we’re encouraging our society to do?

If so, let’s extend the gross practice a bit? What can we expect next, the Corona beer-drinking contest? Keep downing bottles of beer until you puke. Then, we’ll turn to a state where smoking marijuana is legal. We’ll then organize a drag contest. The first to hallucinate wins?

With Zach Strief back on the New Orleans Saints’ playing field as an assistant coach and Mike Hoss replacing him as the team’s play-by-play announcer, it leaves three ex-players behind the radio play-by-play mic. Hoss has very limited play-by-play experience.

A receiver, Steve Raible was an original member of the Seattle franchise and was on the field for the club for six seasons. The following year, 1982, Raible went right to the radio booth and served as an analyst with the late Pete Gross. Steve also worked for years as a Seattle TV sports anchor on KIRO-TV. In 2004, Raible turned to play-play, So it’s six years as a player, 22 as an analyst and 17 as a play-by-play voice. So Steve is a Seattle institution, having been with the franchise for all 45 years of its existence. Fundamentally, as a play-by-player he’s the best of the three current former NFLers in the play-by-play space.

Dave Logan in Denver uses an off-counter approach on his Broncos broadcasts. His commentator is Rick Lewis, a broadcaster not a former NFL player or coach. So ex-player Logan is the play-by-player and a career broadcaster Lewis does color. Rick did play in the California pro-league. Truth be told, Logan sees more than just the limited view of most radio game callers, who keep their eyes on the quarterback, running backs and receivers when calling a game. Logan played football and knows the intricacies of the game. He provides more technical insight than Lewis and expectedly so. But Logan doesn’t inflect his voice very well. His call is somewhat flat but sprinkled with some of his own analysis. He grows on listeners with time.

In Miami, former Dolphin  receiver, Jimmy Cefalo brought little if any radio play-by-play experience into the booth. Cefalo was Miami’s Channel 10’s sports director for 13 seasons. He’s called Dolphins games since 2005. Analyst Joe Rose is no more than an unabashed rooter. Rose hosts a Miami radio show that runs in morning drive. Cefalo interestingly also hosts a morning show on a competitive station in Miami at the same time.

What I learned looking for something else

When the Atlanta Hawks advanced to the Eastern Conference Finals, it triggered the thought of Bob Pettit, one of the best big men who played in the NBA. He retired from the St. Louis Hawks in 1965 after a sparkling NBA career. I hadn’t known that Pettit dabbled in broadcasting

Historically, the rise in popularity of college basketball can be rooted to two epochal telecasts. On January 20th 1968, a Saturday night, the University of Houston led by Elvin Hayes went up against UCLA led by then Lew Alcindor.

The Bruins had a 47-game winning streak heading into this ‘made for TV game’ at the Astrodome. There was great anticipation. It was labeled the Game of the Century and it drew an attendance of 52,693. The Cougars won, ending UCLA’s winning streak. The rights to the game were purchased by TVS, run by Eddie Einhorn, a TV visionary who paid a mere $27,000 for the rights (about $209,000 today). TVS syndicated the telecast and it was run by 120 stations. Einhorn would later own a piece of the White Sox and Bulls. I was 16 at the time and living in Brooklyn. So many fans in our neighborhood looked forward to the heralded matchup. The legacy networks ABC, CBS and NBC had no interest in disrupting primetime television which dominated TV then.

Yet the telecast’s success did catch the attention of the network bosses. NBC followed by buying the rights to the 1969 Final Four and held it through 1981. The Final Four to that point had never been on any of the legacy networks before.

So back to Pettit. In the Houston Astrodome, Pettit was the analyst and Dick Enberg did the play-by-play with natural and poetic vigor that defined his style through his career. By the mid 70s, Enberg became the play-by-play voice of NBC Sports. Pettit did well during his retirement in banking and financial consulting in his home state of Louisiana. Pettit is 88 now and still living in the New Orleans area.

The other historical telecast that propelled further interest in the college game was the 1979 championship pitting Larry Bird against Magic Johnson, Indiana State and Michigan State. It was done by arguably the best basketball network trio, Enberg, Al McGuire and Billy Packer.

Pierre McGuire, longtime NHL NBC broadcaster, who manned the area alongside the ice  which is now famously called, Between the Glass, will not broadcast hockey next season. He’s going back to the front office, joining the Ottawa Senators where he’ll be Sr. Vice President Player Development. The contract of Ottawa GM Pierre Dorion ends after the 2021-22 season. There are some speculating that Pierre might be a GM in waiting. McGuire has worked in the NHL as a scout and assistant coach. 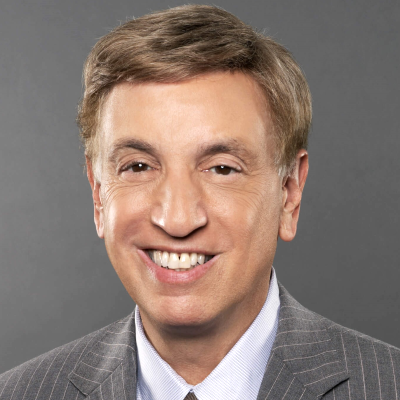 Marty Glickman was the first announcer to give basketball its broadcast language and geography, using an assortment of adjectives.

When the NBA was born in 1946 teams or stations appointed announcers who were new to pro basketball. Many sought recordings of Glickman’s work for tips, guidance and orientation. Marty himself started by doing college games in 1939 before leaving for military duty in 1942. People old enough today to remember both Glickman and Marv Albert still say the Glickman was the best ever. Unsolicited, 90 year young columnist Jerry Izenberg said so himself on these pages. Glickman was the first Voice of the Knicks.

It might have started already with younger viewers of today’s generation. They might not remember Marv in his prime in the 90s. They likely believe that his successor Mike Breen is the best. So there you have it. How soon we forget.

Al McCoy, 88, is in his 49th season, the longest tenured for a single team broadcaster in the NBA. Al hasn’t made a decision yet about coming back for a 50th season.

The longest tenured team announcer ever – by sport: Number of years in parenthesis

Back to active NBA announcers, George Blaha, 76 of the Pistons finished his 45th season; Gary Gerould, 81 of the Kings completed his 36th season. From what I gather, neither Blaha nor Gerould are prepared to retire. Teams at their discretions often have ways to convince old-timers to hang up the mic. It’s life in the big leagues.

CBS’ Jim Nantz worked Utah Jazz games when he was a TV anchor in Salt Lake City. So he openly admits that he roots for the Jazz.

The other day I was tuned in to a Dodgers-Marlins game with Tim Neverett and Rick Monday. Neverett does play-by-play of the whole game when Charley Steiner isn’t working. The duo was working remotely, calling a game played in Miami from a luxury box at Dodger Stadium. Suddenly the four monitors they use to call games remotely were on the brink and both Neverett and Monday had to extemporize for a minute or so. So Monday said to Tim, “If we don’t get the video back, you can call the little league game that they’re playing down on the field where we are, here at Dodger Stadium.”

The other night, Neverett had a little trouble with a homer, and I was pretty sure the camerawork was a little off.