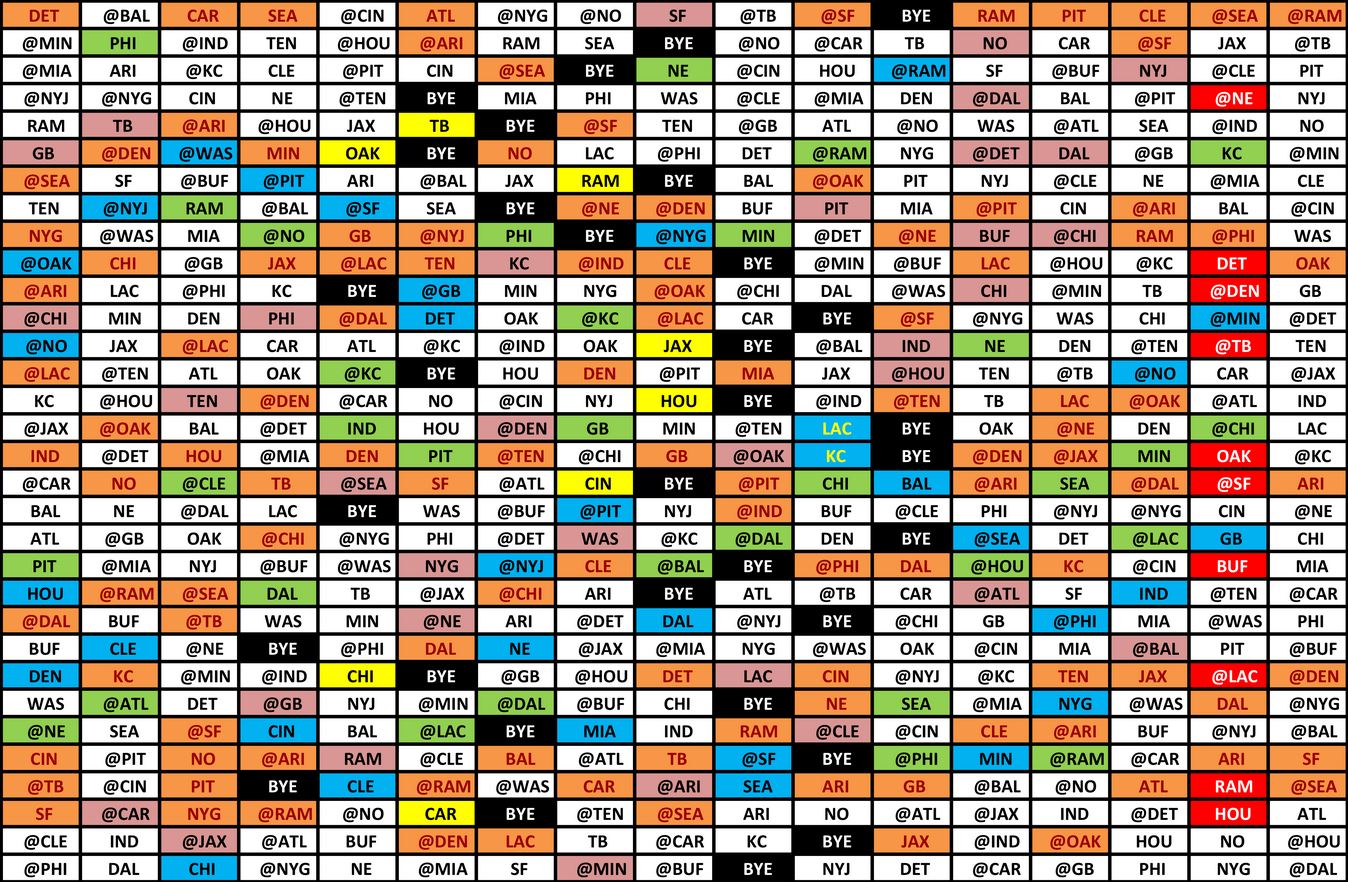 If the NCAA can announce the March Madness brackets live, why can’t the NFL do it for its long anticipated schedule. The NFL Network has done so for at least a decade. So the schedule, once announced in no more than than a press release, has become an event, just as the NFL Draft has.

In the past, the league made its regular season schedule public in April. But with the NFL’s fall dates facing uncertainty, it moved the announcement of the schedule to today, May 7th. The NFL Draft held virtually in April was a big hit on TV. So, now the draft and the schedule are two separate television events, each with sufficient ramp up time.

The NFL Network says that the schedule special will include analysis of every team’s slate, divisional breakdowns, and other presumed top matchups. The program will include remote interviews from homes of league coaches and general managers.

Coverage will begin at 8pm on NFL Network and the NFL app. At this point, the league says it will start its season on time. If there are to be any changes due to the virus, they’ll be announced later.

Team opponents were announced months ago and they’re available here

Things I found out while looking up other information:

Bob Blackburn was the original Voice of the Seattle Supersonics beginning when the club entered the NBA in 1967. Yes, that magnificent city in the Pacific Northwest was the Sonics home until they moved to Oklahoma City in 2008. Blackburn was forced out in 1992. Call it a forced retirement. But he hardly retired. Bob became a professional auctioneer, doing 300 events. Blackburn also led worldwide vacation tours, taking people through 85 countries. He then became a spokesman for a retirement community.

The fellow who took over for him calling Sonics games was the personable Kevin Calabro. But Kevin decided not to leave Seattle for OKC. He’s now behind the TV mic for the Portland Trailblazers. Blackburn passed in 2010 at age 85.

Bob Murphy did Mets broadcasts in New York beginning with the birth of the franchise in 1962. He was first heard in the big city doing a college basketball game for the old Liberty Network. Murphy, an Oklahoma native, called Mets games from 1962-2003. You might argue that he was the most popular Mets’ voice ever.

There was another sportscaster named Bob Murphy. This Bob Murphy was associated with Stanford for decades, including the program’s football and basketball broadcasts from 1946-2007. He died in 2017. His obituary on Palo Alto Online said, “He brought a folksy style that was unique in creating a sense of community.”

The Stanford Murphy was a mentor of sorts to Dave Flemming, himself an alum of the school and currently a voice of the San Francisco Giants and ESPN football and basketball. Upon Murphy’s passing, Flemming said, “I would not be doing what I’m doing today without his encouragement and help getting started, and I will never forget that.”

And if you’re not already confused, there’s a third Bob Murphy. The Brooklyn born golfer is 77. He won 21 tournaments as a pro. (See comment below from Michael Green)

Other tidbits and nuggets

The Ford C. Frick Award this year was scheduled to be presented to Hawk Harrelson, longtime baseball voice, best known for his years with the White Sox. Due to Covid-19, the entire Hall of Fame celebratory weekend was cancelled. Harrelson, the players and other awardees will have to wait until 2021 to get their coveted recognition.

Have times changed since the NBA began in 1946! Listen to this. The league’s first commissioner (the title was president back then), Maurice Podoloff sent out bullet point decrees to the league franchises in those fledgling years.

Podoloff’s bullet points were found stored in the Hall of Fame. Two of them read as follows:

These sight-deprived men have not allowed their inability to see to deter their will to broadcast sports, Enrique Oliu, Bryce Weiler, Matt Wallace and Ed Lucas. This week I heard from a sightless gentleman named Luther King. He’s based in Nashville and does high school basketball online. He asked that I listen to his recording. I figured that like the others, he does commentary. It turns out that he does play-by-play.

I asked, King, 34, how he knows what’s going on because he obviously can’t see. He says that someone tells him in his ear. So I got to do some thinking. When Red Barber and others did baseball recreations decades ago, the only info they were given was off a ticker, Ball one, Strike one and so on. He then had to put some flesh on the raw info. That’s exactly what Luther King does. Similarly, guys like Bill King in San Francsco (Warriors) and Jim McKechnie in Syracuse (Nats) recreated road broadcasts by either ticker or getting phone updates from road venues.

King says he wants to become the first blind play-by-play announcer. He has a distinct raspy voice that reminded me of the late Larry Munson, the inimitable Voice of Georgia.

Warren Buffett of Berkshire Hathaway fame is a fan of Nebraska football and Creighton basketball. Warren will be 90 on August 30th. Last Saturday, he spoke for nearly four straight hours at Berkshire’s annual shareholders meeting in Omaha. The Woodstock for Capitalists was held virtually this year. Buffett is still as sharp as a tack but his BRK stock is lagging the broad S&P badly the last couple years.

Longtime swimming commentator Donna a De Varona is an Olympic gold medal winner and was a visible ABC commentator. She got started on TV at 17. Donna says:

“My decades in the business began in 1964 when I called ABC network-swimming producer Chuck Howard and told him the only way I could deal with retiring was if I could work on swimming telecasts. A few weeks later, with no training and a work permit in hand, I joined Jim McKay for ABC’s live coverage of the Men’s National Swimming Championships.

At 17, I was making history as the youngest and one of the first women to enter the sports broadcasting field. What no one knew was that I had no contract. I did not have an agent either, and as a freelance analyst my pay was barely above union minimum and hundreds of dollars less than my male counterparts. I was on call for all of ABC’s swimming events from 1965 through 1976, including the Olympics. No woman had covered Olympic events before.”

In the early to mid-70s, the Reds had three men calling their games on either television or radio who were best known for football. Charlie Jones forever a member of NBC’s NFL coverage, Al Michaels, Mr. NFL Primerime and Tom Hedrick who did KC Chiefs’ games on radio and was a member of the CBS Radio Network team that called the first Super Bowl in 1967.

It’s interesting to see Al Michaels mentioned as being more associated with football because now, of course, he is. Once upon a time baseball was his favorite sport–he even said, who cares who hits the tackling dummy on Wednesday?–and he actually did MLB from 1971-89 and again in 1994-95 with the misbegotten Baseball Network. I’d note that late in their careers, both Dick Enberg and Bob Costas went back to baseball. The golfing Bob Murphy also broadcast! He did CBS golf for a while in the 1980s and early 1990s. I always thought the late 1970s CBS golf crew of… Read more »