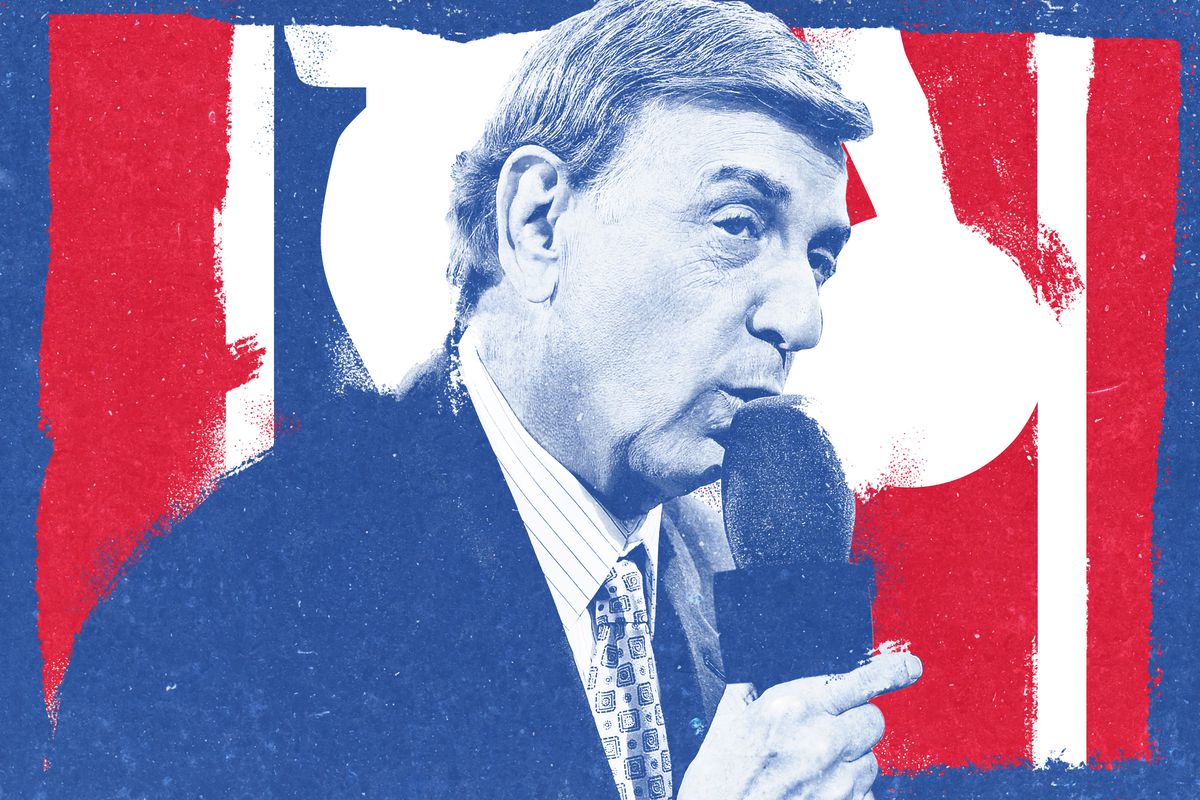 With camps opening at the end of the month and no announcements to the contrary, it appears that Marv Albert will retain his role as Turner’s lead voice of the NBA. Albert’s contract with the network expires at the end of the 2020-21 season but his top Turner billing has been under review.

Marv’s flair and love for the NBA hasn’t waned, nor has his detailed game preparation. He remains an icon to many, particularly those in the New York area where he’s been a play-by-play fixture since the 1960s. Nationally, he’s identified with chronicling the Jordan championships for NBC in the 1990s.

For now, Marv fans should feel encouraged, at least for this coming season. No news is good news.

Last season, doubts spread about Albert’s future when he was bashed on social media for making palpable mistakes on his play calling. His weakened and occasionally inaudible voice has also become an issue. Much of this would be remedied if TNT lowered its ambient arena crowd noise.

Before Turner’s ownership and management changes, the New York Post suggested that Albert’s demotion was fait accompli. Former head David Levy, who built Turner into a sports powerhouse had apparently signed off on the move. But Levy then left as part of Turner’s sale to AT&T.

The Post’s Andrew Marchand reported last fall that the smooth sounding Brian Anderson was the top candidate to succeed Albert. Anderson is Turner’s consummate pro whose sound is less provincial. He calls MLB, golf and the NBA with aplomb and presides over the microphone warmly and cheerfully. He is also one of the CBS-Turner group assigned to the NCAA basketball broadcasts.

Turner Sports is run day-to-day by Lenny Daniels and the division is under the aegis of Jeff Zucker who also oversees CNN.

Zucker started at NBC and worked closely with the network’s legendary sports head, Dick Ebersol. A longtime industry executive suggested to me, “There’s a relationship there,” meaning between Zucker and Albert. When Zucker began at NBC, he was a member of the research team preparing content for the 1988 Olympics

Should Albert not be retained, other potential candidates for the top spot are the sonorous Kevin Harlan and the experienced Ian Eagle who’s well liked by the NBA brass. Harlan has been #2 to Albert on Turner’s NBA broadcasts and Eagle has had occasional NBA playoff assignments on the network. He also voices Brooklyn Nets telecasts. Both men do considerable work on CBS’ NFL and college basketball broadcasts.

In talking with other top broadcasters, the feeling about Albert is mixed.

Some say, they’d like to see Marv leave somewhere near the top of his game and not be remembered for his later years of decline. Others are fine with his continued lofty presence as the network’s top basketball announcer. The accomplished ex-commissioner, David Stern, told me some six months ago that when he hears Marv’s voice on a game, he feels that it belongs behind the NBA microphone and that Albert’s part of the league’s tapestry. Peter Vecsey quipped on these pages last spring that if Marv lost a step, he can’t find it.

The broader question is sensitive. Should longtime popular announcers whose on-air quality has slipped be allowed to continue?

Frankly, leaving the decision exclusively to an announcer’s prerogative is shortsighted. Voices will often say that their friends, wives or better halves will tell them when it’s time to hang up the cleats. If that’s the determining factor, they’ll never hear the truth. And if they do hear or feel negative vibes, many are reluctant to give up the limelight and public adulation. Others don’t want to surrender their hefty expense accounts either. Few, if any, sit in the back of the bus and a few even have occasional charter privileges. That’s chartering a plane, not a bus.

Nationally, CBS’ Verne Lundquist recognized his strengths and weaknesses and gave up CBS’ football and basketball. He continues his golf commentary. There are others who insisted on sticking around as their sharpness dulled. Doing so didn’t strengthen their images at the time. Curt Gowdy and Pat Summerall were two who come to mind.

And how about the big bucks? Top network announcers make many tens of thousands of dollars per game. Yearly salaries reach the millions; Albert is likely one. They’re being paid to deliver a flawless call on the biggest of stages.

Locally, it’s more of a matter of a connection with the team’s community of fans. Some of the very popular get unofficial lifetime contracts. See Al McCoy in Phoenix, the Yankees’ John Sterling (he says he was promised a job for life by the late George Steinbrenner) and the deceased Chick Hearn and Bill King.

McCoy is the most amazing of the active group. At 86 and remarkably current, Al says he does his prep and gets the necessary rest to focus sufficiently. Al Michaels, 75 in November, is still as sharp as a tack. I would think that one reason is that he paces himself. He does the NFL and that’s essentially it. He’s not fighting his way through an enervating NBA or NHL schedule.

One thing play-by-play folks sometimes forget is that they don’t own the chair on which they sit. It belongs to the team or the network.

Albert turned 78 last June 12th. To date, no network play-by-play announcer has retained a lead role into their eighties.

Dick Groat, 89 this November, will not return as the radio color commentator for Pitt basketball. He has served in that role for the past 40 seasons, working all those year alongside Bill Hillgrove who’s been Pitt’s lead play-by-play voice for 51 years. Hillgrove is also the Voice of the Pittsburgh Steelers.

Groat is best known for his fine years in the Pirates infield. Not mentioned often is the fact that he was also an All-American hoopster at Duke.

The former Bucs’  shortstop  was forced into retirement by the Pitt administration late last season and was offered an opportunity to be honored at the team’s last home game. Groat refused, insisting that he didn’t want to deflect any attention away from the players on Senior Night. The Groat move got lots of mixed response. There were those who felt he should have been able to call his own retirement. There were others who felt that his time had come and that his commentary lost its sharpness.

With Groat’s exit, McCoy is the oldest known game broadcaster in the country.

I don’t know what this says, but it says something. When I posted Chris Fowler’s August 23d birthday on Twitter, there was hardly a response, maybe a handful of likes. A day before, on August 22nd when I saluted Paul Maguire on his 81st birthday, the best wishes were plentiful and warm. Maguire was a bit of a character, an excellent network analyst and a quipster. He worked on ESPN’s Sunday Night Football and NBC’s Sunday broadcasts. Fowler does play-by-play in a set-up and non-intrusive fashion. He does a fine job but few know that he’s even there. An indistinguishable pro.

Talk of job security. Dave Logan, Voice of the Denver Broncos, is 65. He recently agreed  to a ten year contract extension. Logan also does a daily talk show on the team’s flagship KOA. Logan is now good job-wise until age 75. He spent much of his wide-receiver career with the Cleveland Browns. Other ex-players wearing play-by-play headset radio microphones are Jimmy Cefalo on the Dolphins, Zach Strief on the Saints and Steve Raible on the Seahawks.

Great stuff as always! From what I’ve heard, Marv’s still got it. I think of Marty Glickman saying that he realized as he got older that his reflexes would be less sharp, and he tried to say more in fewer words, but it’s important to remember that Glickman was doing radio (Jets football). Because Albert does TV, he doesn’t need to keep QUITE on top of the play as much as he would have on radio. I’m reminded of listening to him do Rangers hockey on the radio; I find it hard to imagine anyone who could have been quicker.… Read more »