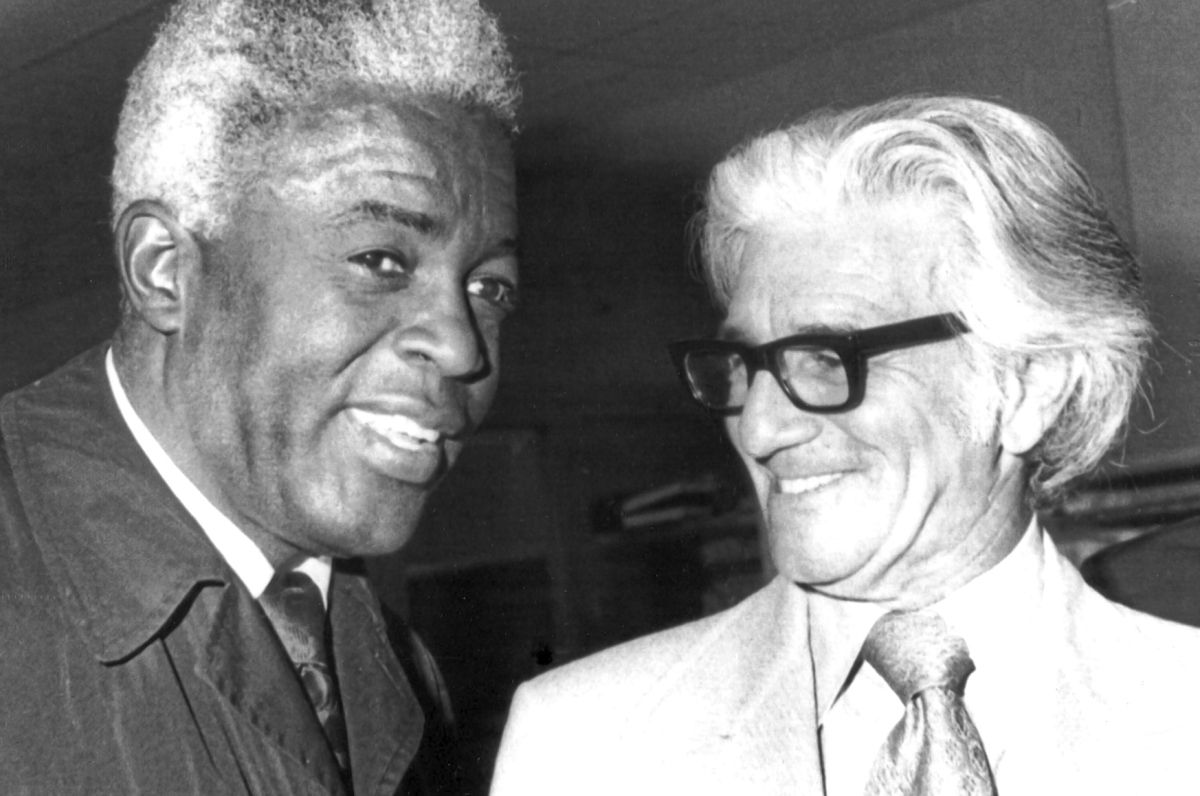 Growing up in New York, I had an opportunity to enjoy the work of some of America’s great sports columnists. It afforded me an opportunity to gain an appreciation for their wonderful gift for writing, their ability to magically turn a word! A few of these giants were in the twilights of their careers when newspaper ink first smudged my hands. Others were actively writing deeper into my adult life and a few are still producing columns today.

My dozen columnists are in alphabetical order:

He always wore a genuine smile and carried himself in a gentlemanly manner. Hey, he represented the holy newspaper that ran news, the one that’s fit to print, at least then. Dave was a voice of reason and a paragon of consistency. Reliable and dependable, he also wrote or co-wrote 21 books.

He often prefaced his column, ‘Nobody asked me but.’ Cannon would then proceed to deliver his stream of consciousness filled with snippets and occasional aphorisms, whether sports or anything else. “Boxing is the red light district of sports.”

Covered sports’ big events particularly the Olympics from 1932 to ’72. Daley died in his boots, walking to work one day after 48 years with the NYT. It is said that he typed 10,000 columns and produced 20 million words. He wrote of then Cassius Clay: “Loudmouthed braggart of irritating proportion.” On Smith and Carlos of ’68 Mexico City fame: “Brought their other world smack into the Olympic games where it did not belong…They were divisive.” Today the ‘cancel culture’ would be screaming for his head.

In his day, he was busier than a mosquito at a nudist colony, 13 books by last count. If his face is scratched with lines, it maps his long life of tracking down stories. On Ali as told to Bryan Curtis in the Ringer: “He gave us a reason to become what we wanted to become, the righter of all wrongs.”

He’s often on the bandwagon but his views can occasionally surprise readers. His words drip with feistiness, elation or anger. Mike’s columns can be salty or sugary. They invariably brim with energy and inflame passions.

Golfer Tom Watson on Dan Jenkins: “In this age of political correctness, we need more like him to set our common sense straight.” Mush continues to expose the unjust, inane and myopic. Through his four decades on the media beat, only his beard has turned gray. His views remain fresh. 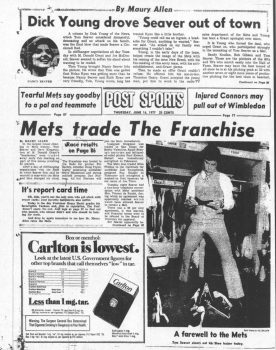 The Vin Scully of the printed word. Many who’ve followed and have regularly hit the keys would identify Smith as a role model. The great ones do it nonchalantly. “Writing is easy,” he said. “You just open a vein and bleed.” On Muhammad Ali: “Squealing over the possibility that the military may call him up, Cassius makes himself as sorry a spectacle as those unwashed punks who picket and demonstrate against the war”

Rarely sour or dour, rather upbeat and sentimental. His glass is half full, not half empty, Disarming and lighthearted, rarely controversial.

The older of the brothers was equally comfortable writing a religious piece as sorting out the cacophony of a locker room. The subject didn’t matter. The text of his columns was driven by a worldly perspective, one that was contained and not necessarily fueled by passion.

Tougher than a doorknob, ex-marine and most influential NBA columnist of all-time, in NY or anywhere else! As he said about basketball, “After inhaling the beat, I became addicted.” So did readers. His hoop du jour column was the most widely read column on NBA buses and planes and anywhere basketball fans hung out. Peter never held back.

Most powerful scribe in New York history. Not afraid to confront anyone. Howard Cosell was an unending target or as he called him, Howie. Drove Tom Seaver to Cincinnati in the mid 1970s taking management’s side. Broke down thorny issues into plain English, redolent of those who fill New York’s subways. When longtime Daily News beat reporter, Joe Trimble groped for his lead following Don Larsen’s perfect game, Young whispered in his ear, ‘The imperfect man pitched the perfect game.’

Vic Ziegel (New York Post and Daily News) (1937-2010) Great wit, a sometimes contrarian, smart-alecky, lovable, and a rascal who had New York in his blood.

Howard Cosell was network TV’s first sports columnist although no such title existed then or exists now. So historically he was network sports TV’s first personality. His broad national platform, haughtiness and liberal views drew the ire of the old-school columnists, particularly Young. Cosell’s rise to prominence came when sports on network television started to erupt and when colored sets made their way into American homes.

Cosell was polarizing. His support of Muhammad Ali contributed greatly to his early rise and visibility. Howard’s commentary grabbed the attention of a divided country.

Ali considered himself a conscientious objector and refused to join the military. Some thought of him as courageous and others considered him a draft dodger. Cosell supported him all the way to the fighter’s Supreme Court victory and reported on it joyfully.

As such, Cosell was either popular or notorious. When Cassius Clay became Muhammad Ali in 1964, Howard was the first, or among the first, to reference him by his changed name.

A complicated man, Cosell gave birth to controversy on network television. There was no one like him before. Pretenders have followed.

William A. Cook wrote a biography on Hall of Fame pitcher Waite Hoyt, a member of the 1927 Yankees (Murderers’ Row). When his playing days ended, he aspired to broadcast and sought the assistance of Red Barber who provided a helping hand and ear.

From the 1940s to the mid 1960s, Hoyt was the Voice of the Cincinnati Reds and an unabashed old-schooler who was stubbornly superstitious. On June 14th 1965, Reds’ hurler Jim Maloney pitched ten innings of no-hit ball. But in the top of the 11th and still no score he gave up his first hit to the first batter in the frame, Johnny Lewis. It really hurt, a home run! The Mets won the game 1-0, despite the fact that Maloney threw 10 no hit innings.

At some point in the late innings, word reached Hoyt in the Reds’ broadcast booth that the Mets television announcers, Lindsey Nelson, Ralph Kiner and Bob Murphy, openly told the audience that Maloney was bidding for a no-hitter. So Hoyt asked his partner, Claude Sullivan to take over the Reds broadcast.

According to author Cook, Waite then “stormed down to the Mets’ broadcast booth and admonished the trio of Mets broadcasters for their indiscretion.” Kiner told Hoyt that if they weren’t fully transparent, it would be unfair to their sponsors.

Cook writes that, “it was that evening when Hoyt realized the game was changing in ways he never thought was possible.” Hoyt retired as a broadcaster at the end of that 1965 season.

Interesting story about Hoyt, and I’ve always loved Red Barber referring to how Mel Allen believed in the superstition and when Red announced that Bill Bevens had allowed no hits in Game 4 of the 1947 World Series, “The breath in his throat gurgled like a country boy trying to swallow a chinaberry seed.” It’s also interesting that Red thought Hoyt was the best broadcaster among the ex-players though he also had great regard for Kiner. Red Smith was an unusual example of someone getting more liberal as he got older–he moved away from the kinds of comments quoted here.… Read more »

While Cosell gets all of the glory as “TV’s first sports columnist, I would add Jack Whitaker to that list as well and his pieces were much better.