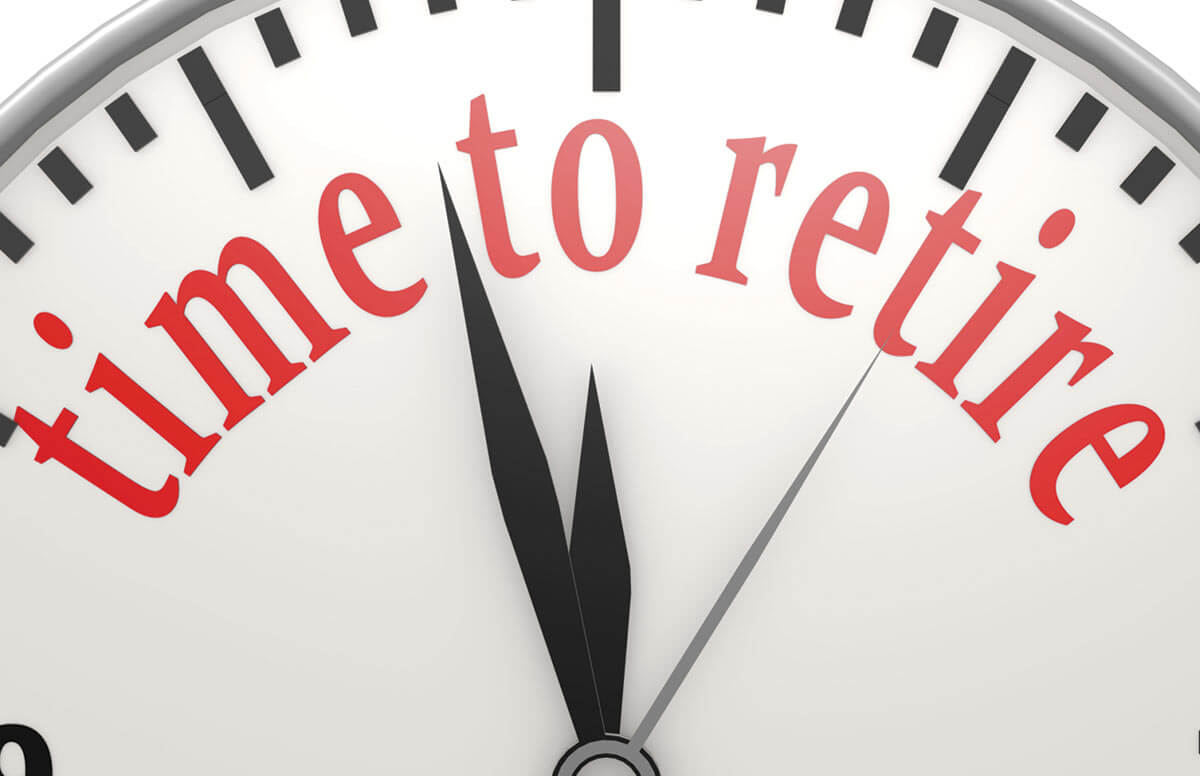 No one, not the toughest of fighters, wins the impossible battle against the clock. The winds of aging among longtime broadcasters have picked up, particularly in recent years.

Those who’ve retired or are no longer heard or seen as much anymore:

Cutting back: -at least for now:

Bob Costas (NBC – still doing baseball for MLB Network), Bob Uecker (Brewers), Hawk Harrelson (White Sox), Denny Matthews (Royals), Mike Shannon (Cardinals) and Marty Brennaman (Reds). Marty was asked this week whether he’ll return next season and he said that his decision will be made after the season.

Dave Van Horne (Marlins – 80 next year), John Sterling (80, Yankees), Dick Groat (87, Pitt basketball). Van Horne is a fine broadcaster and a Frick Award winner who is now in his 50th year in the Majors. He was the original voice of the Montreal Expos. In Florida, the franchise has suffered. The Marlins are rarely a subject of conversation. When Dave first arrived, the brilliant Neil Rogers. hosted a no-holds barred talk show. Neil, who loved baseball and more so hockey, would rarely if ever temper his opinions. Early in Van Horne’s first season, he acknowledged that Dave has a booming voice (how true!) but called him, ‘Dave Van Boring’ which turned into ‘Dave Van Yawn.’ Van Horne was admired in Montreal where he had a great grip on the mic through thick and thin.

Kenny Singleton (71 Yankees) had said earlier that he would retire at the end of this season, It sounds like he’s changed his mind and will be back in 2019.

Last time I looked, there were some 100 million Amazon Prime members who pay about $99 a year for the privilege. The globe’s largest online retailer will stream coverage of Thursday night NFL games, making them available to Prime members worldwide. Women are generally more comfortable shopping online and are on the Amazon site more than men. I guess it’s for this reason that Hannah Storm and Andrea Kremer have been given the assignment to call a season full of these Thursday games. Viewers will have the opportunity to tune into Hannah and Andrea or get the audio of the NFL Network pair of Joe Buck and Troy Aikman, British commentators or a Spanish version. While Storm and Kremer are knowledgeable, bright and experienced broadcasters, I’m not sure that either has tons of play-by-play experience, if any. New world!

While at it, Amazon might want to consider adding more audio options; 1) the radio play-by-play 2) color commentator only and 3) public address only.

Hannah’s husband is NBC’s Dan Hicks and Kremer was this year’s recipient of the Pete Rozelle Media Award given annually by the Pro Football Hall of Fame.

I watched a chunk of the game, having to borrow my wife Donna’s PC to do so. She subscribes to Prime, I don’t.

When I asked the esteemed Al Michaels several weeks ago to best describe the role of a play-by-play announcer on television, he aptly replied, “I look at the broadcast as music. The game is the melody and announcers are the lyrics.”

Yes, it’s about the game. Storm handled play-by-play and she was so well prepared that she kept talking over plays, pouring in anecdotes at the expense of the action; down and distance, penalties and more. Plays would evolve without real-time captioning. Hannah is smart and quick on the learning curve. As Al says, “The game is the melody and the announcers the lyrics.” She’ll figure it out.

Kremer handled color, a platform that afforded her an opportunity to share the depth of her knowledge, unlike her years on the sidelines where she has to cram insightful comments into three sentences. She too though talked excessively, at the expense of  plays from scrimmage.

What the Amazon brass might want to do is have Storm and Kremer split the play-by-play. Each should get one half.  Play-by-play is not among their trained core competencies. Split it and let’s see who’s better.

What I found on the internet while looking up unrelated information:

Vin Scully and Alex Hawkins were assigned to call the 1977 NFC championship game between the Dallas Cowboys and Minnesota Vikings. Late in the game, the mercurial Hawkins quipped, as Roger Staubach was shown running off the field, “You know, Vin, that Roger Staubach runs like a sissy.” Scully responded by remarking, “You know, Hawk, they tell me you didn’t always wear your helmet when you played!” CBS Sports fired Hawkins the day after the game.

Chis Baker writing in the Atlanta Constitution – in 1991

Weiss guy: Coach Bob Weiss of the Atlanta Hawks was discussing the Hawks’ defensive woes with a caller on a radio talk show when the man tried to cheer up Weiss.

“I didn’t mean to get your dandruff up,” the caller said.

Replied Weiss, who is bald: “With my hairline I don’t need to worry about dandruff.”

Red Barber and Mel Allen were the first two Ford Frick winners. They were honored simultaneously in 1978. Both weren’t quite as sharp late in their careers as they were early on. (Who is?) In fact, Mel was all of 51 when he was let go by the Yankees in 1964. He only did piecemeal play-by-play thereafter and not lots of it. Barber was 58 when he was fired by the Yankees in 1966. Barber’s protégé, Vin Scully, worked until he was 88 (and he was sharp as a tack until sign-off day in 2016). Allen died at 83 in 1996 and Barber at 88 in 1992. I found audio of the 1942 World Series Yanks-Cards on YouTube which the two pioneers did together. Both men were young, hale and fresh. You’ll enjoy.

Yes, the war was raging in both the Pacific and European theaters. Allen would later serve in the military in a communications capacity never leaving these shores and Barber would use his popular on-air pulpit to promote a needed blood drive. If you tune to the beginning of the ’42 series, you’ll hear Barber interview the great Hank Greenberg who arrived in the broadcast booth in his Army uniform, coming up to St. Louis from military training in Fort Worth, Texas.

The Royals’ Matthews, now in his 50th season with the Royals, told me that in 1968, he met Hall of Fame Orioles broadcaster Chuck Thompson through Buddy Blattner. Denny and Blattner would be the first voices of the Royals in 1969. Thompson was also the Voice of the Baltimore Colts. There were three conflicts during the NFL pre-season so Thompson asked Matthews and John Sterling, then a Baltimore talk show host, to fill in.

Denny told me, “I remember doing a game with John in Birmingham, (Colts-Bears). We split the play-by-play. I had played football in school. What I remember is that when I did my half, John didn’t say much. When John did his half, I was able to contribute some color. We did three pre-season games together that summer.” The Colts weren’t a bad team to cover that pre season. Don Shula’s club advanced to the Joe Namath Super Bowl, won by the Jets on January 12, 1969 in Miami.

Talking of Sterling, I find that he tires late in broadcasts. Heck, he’s 80 years old and does every inning.

It’s figuratively criminal that Chuck Kaiton, arguably hockey’s best radio play-by-play announcer is sitting out this NHL season – at least to this point. He had 39 years invested with the Carolina Hurricanes. The team is going to a television/radio simulcast which will be voiced by John Forslund who heretofore had been heard only on TV.

In the interim, Chuck is doing  podcasts with Pete D’Arruda who Kaiton says is ‘America’s wealth coach.’ The show is available at livehappyshow.com. Kaiton’s first guest is Scotty Bowman, who as an NHL coach won nine Stanley Cups. Nice way to start! Good to see Chuck keep busy. Yet he should be calling games where radio is appreciated. He’s the Picasso of hockey radio.

The LA Kings will be off traditional radio this season. All games will be available only on a streamcast. Nick Nickson, who had done radio last season on KABC will continue to call the games.

My stream of consciousness

Harry Caray, working a Cards game in 1962: As players spontaneously avoided getting whacked by a line drive headed for the dugout, Harry spewed, “They scatter like ten pins in a bowling alley.”

Reading what Eli Gold, the Voice of the Tide, said on these pages last week, “I want to go right from the booth to the cemetery,” Indianapolis Indians voice Howard Kellman sent me a note reminding me that “I almost did!” Prior to a game a couple years ago, Kellman suffered a heart attack in the booth prior to the first pitch and was taken by ambulance directly to a hospital. Howard is doing fine now. Kellman has been the team’s voice since 1974.

Eli told me that he really looks up to Kevin Harlan. Hard to hear an unkind word about Kevin. He has a good heart. Gold says Kevin is becoming legendary. At this point, when Marv Albert hangs up the cleats, Harlan is absolutely ready to become Turner’s Voice of the NBA. He’s loved by fans and has an uplifting command of the microphone. Like Marv, he brings an unsurpassed level of energy to each broadcast.

During the High Holiday last Wednesday, I remembered what Marty Glickman once shared with me. He would never work on Yom Kippur because one, not to disrespect his dad and two, as someone who suffered well-documented discrimination at the 1936 Berlin Olympics, he felt that working publicly on the holiest day of the Jewish year would disgrace his religion.

Talking of Marty, I interviewed Brad Nessler yesterday for an upcoming profile and he told me of the time he was calling Falcons games on Atlanta radio. One season the Falcons brought in a guest analyst each week. On a Sunday against the Giants, Marty was Brad’s color commentator. A young broadcaster then, Brad recollected how Marty helped him critique his own work; what he did well on play-by-play and where he could improve. Nessler says he still has a picture of Marty and him in the booth that day and it’s proudly displayed in his home office.

When was the last time Howie Long said anything of substance on Fox’s studio show? I can’t remember. It’s like he plays not to lose. Working the post-game show on NFL Network last night, he spewed some stats and reviewed some footage. Not a bad way to make a buck, a lot of bucks. God bless him.

This is an incredible piece. Thank you for sharing this! Interesting thing about the 1942 World Series, and you will remember reading it in Red’s books: that was when his vocal cords cracked. He barely made it through the series. Scully was just as sharp, and I got a kick out of it when he said in the interview for this site that he can’t instantly recall things any more … right after the introduction discussed how he remembered every detail of a crazy play. I do think he made more boo-boos on the air in his later years, but… Read more »