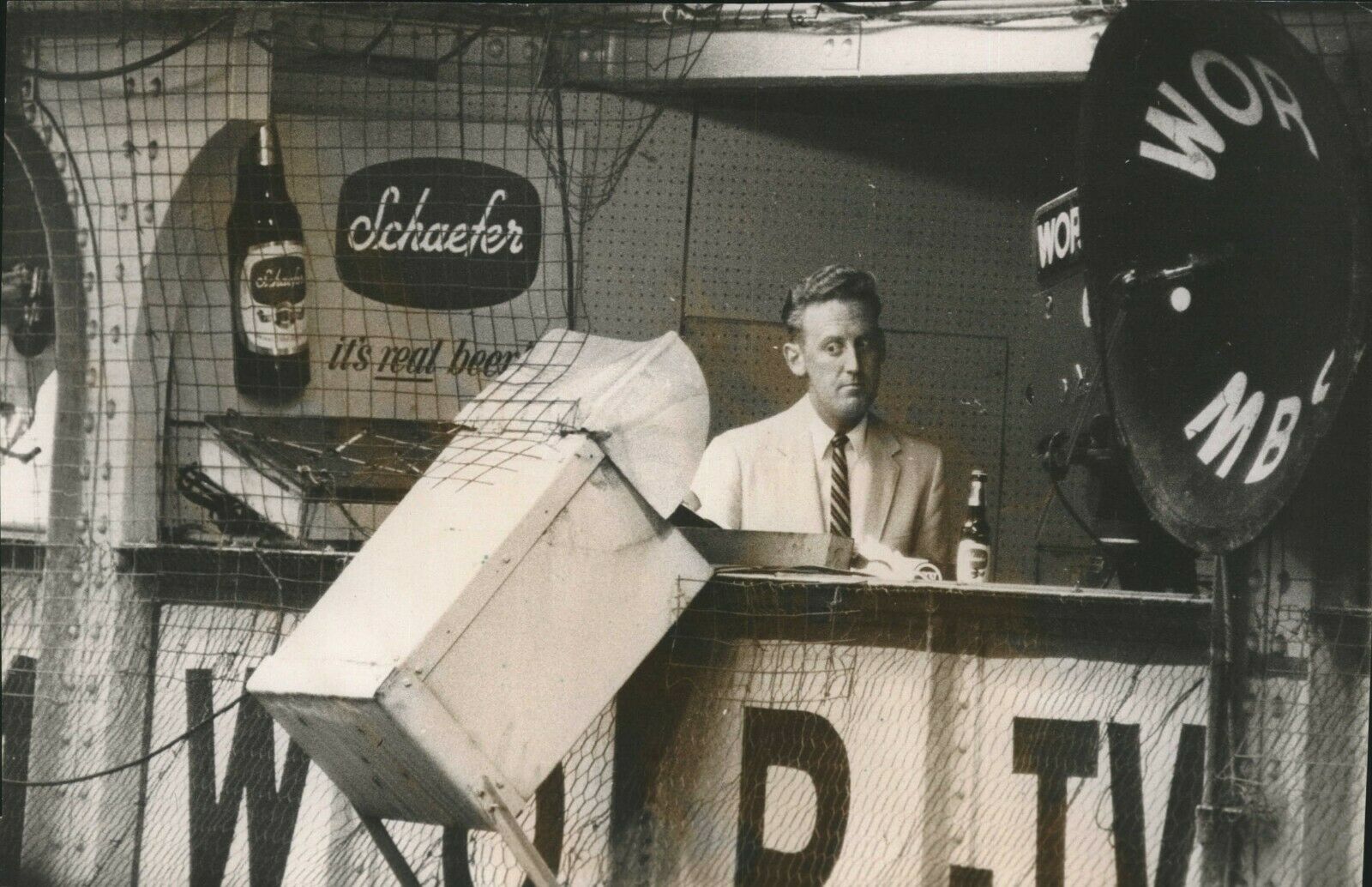 Dodgers games in Brooklyn were on WOR-TV, Channel 9. When Vin started in 1950, the country's TV penetration was just 9%

A TMZ story surfaced last week about a letter of agreement covering the employment terms of Vin Scully’s first three years with the Dodgers, 1950-52. The letter is being auctioned off to the highest bidder by SCP Auctions of California. As of September 15th, there were eight bids, the highest of which was $7,797. The SCP site says that bidding ends on September 28th. Generally, there’s an acceleration of the number of bids as the clock winds town on the final day.

One of the articles I found on the subject misrepresented the letter as a general (blindly submitted) application by Scully for the Brooklyn job. Legally it might have been formatted as such. Functionally though, one would imagine that terms had already been agreed to verbally and that Scully proceeded to spell out the details in a legal document that was formally initialed and signed by both Vin and Brooklyn head, Branch Rickey.

I wonder how in the world this letter was made available for sale. I can’t imagine it came from the Dodgers. I certainly don’t think Scully would be putting it up for auction. He always made a very healthy living. Was it a lawyer who drew up the document, kept a copy and it wound up with heirs? Curious!

On that topic, it’s interesting to note that earlier this month, memorabilia from legendary late Knicks’ coach, Red Holzman, also hit the marketplace for bidding. Are these valuables put up for sale by the family of the deceased ? Late in life, Phil Rizzuto put his memorabilia up for sale. Some wondered then whether the Scooter needed the cash. He never made big money as a player or as a broadcaster.

Back to Scully, TMZ’s story was headlined in typical tabloid fashion.

Please. Look at the facts.

In Brooklyn, Scully succeeded Ernie Harwell who left the Dodgers for the Giants because of friction between him and the Dodgers’ top announcer, Red Barber. The letter of agreement stipulates that Vin would work under the guidance of Barber and Connie Desmond, the team’s two other broadcasters at the time. Vin would later say that Red was a father figure and Connie an older brother of sorts. Desmond was actually 17 days older than Red. Both were born in 1908. Scully was almost twenty years younger, born in November, 1927. Red was dogmatic, pedantic and the stern boss. Desmond was more easy-going.

Scully’s letter of agreement might have been signed by Rickey but midway through Vin’s first season, Walter O’Malley took control of the team and in short order let go of Rickey.

Barber had a nice relationship with Rickey but feuded with O’Malley. By the end of the 1953 season, Barber was not renewed. O’Malley famously explained his decision to elevate Scully to his aides. He asked them to envision a length of pipe filled with peas. He then said, “You put in Vin Scully at $7,500 and at the other end, out drops Barber at $ 50,000.”

Scully, of course, became a sensation when the team moved to Southern California in 1958. By the early to mid 1960s, his salary was reported by Sports Illustrated to be in the mid $50,000s.

We mentioned last week that Joel Klatt was somewhat unique in that he’s an expert analyst on both golf and college football. There are a couple others worth noting. Eddie Olczyk works as an analyst on both NHL and thoroughbred horse racing for NBC and colleague Randy Moss (not the player) is a panelist on NBC’s hosting desk at the Triple Crown. Moss also does special reports for the NFL Network.

Fellows who double-dip, working college games Saturdays and NFL on most Sundays:

Admim Amin does Sunday NFL play-by-play for ESPN Radio and college for ESPN TV. Bill Hillgrove, 79 in November, does both Steelers and Pitt radio. Gene Deckerhoff, 74, works both Florida State and the Bucs. J. B. Long has Rams radio on Sundays and Pac 12 Network broadcasts on Saturdays. Then there’s Bob Wischusen. He’s on a campus somewhere Saturdays for ESPN and on Jets radio Sundays.

David Baron, veteran sports media critic for the Houston Chronicle points out that Andre Ware does the same, college and NFL. This past Saturday, he worked the Miami (Ohio)- Cincinnati game on ESPNU and Sunday, Houston Texans radio. Reader Jon Horton reminds us that the talented Dan Hoard is another one of these busy men, calling games Saturday and Sunday. He presides on radio over U of Cincinnati Bearcats and Bengals broadcasts.

I was thumbing through the state winners selected by members of the National Sports Media Association (NSMA). I noted that there were four Virginia winners who left the state to call Major League Baseball. The four who did minor league ball in Virginia before graduating to the Big Leagues are Marty Brennaman (Reds), Frank Messer (Orioles, Yankees and White Sox), Dave Van Horne (Expos and Marlins) and Bob Rathbun (Tigers). Additionally, Warner Fusselle was a Virginia NSMA winner. He did MiLB’s Richmond Braves’ games and the old Virginia Squires of the ABA (remember Dr. J. It’s where he started.) While Fusselle never did a Major League club, yer his voice would be familiar to many for narrating This Week in Baseball.

The popular Cubs radio voice, Pat Hughes, has produced some 15 CDs of longtime baseball announcers, each of which includes their audio play-by-play highlights. Good stuff. For more information, click here. Pat’s last CD tells the story of Jon Miller, the longtime Voice of ESPN’s Sunday Night Baseball and still a San Francisco Giants announcer. That particular CD includes highlights of Miller’s bigger baseball calls and his work on other sports including football.

Former college voices and their length of service:

In parenthesis are the number of years:

*Iowa had more than one broadcast production.  Zabel was on WHO in Des Moines, President Ronald Reagan‘s old station and Brooks was on in Cedar Rapids.

This is great. I saw the contract and remembered the line Harold Parrott (I think it was) attributed to O’Malley. $7,500 would have been his salary at the time, according to the letter. But Vin also said he started out on a one-month option in 1950 and if he’d been bad, they could have lost him in the Everglades. Someone also figured out that in spring training, the Dodgers played the Philadelphia A’s, whose manager was Connie Mack. Vin would presumably have met him or seen him. Mack entered baseball in 1886. Vin retired after 2016. Two men, 130 years.… Read more »