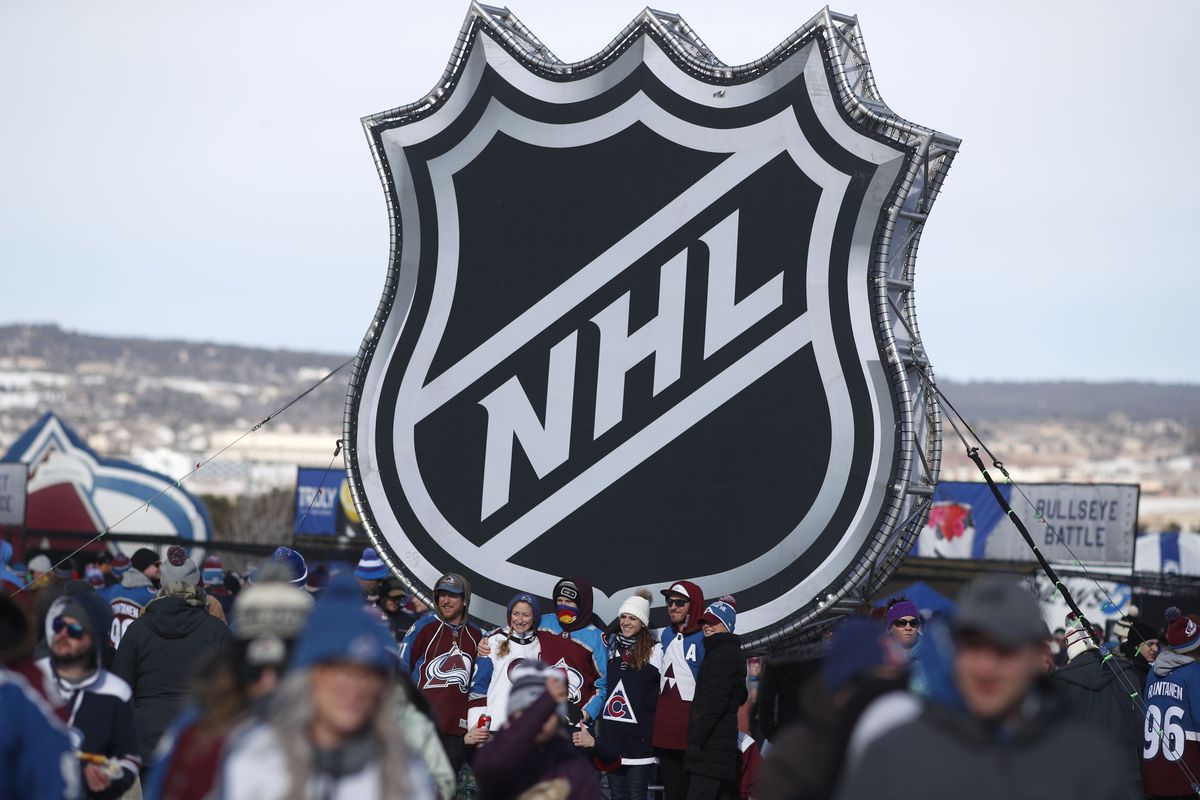 Turner, NBC and the NHL

So Turner gets what some are referring to as the NHL’s #B package. It’s a seven-year deal. Through the course of the league’s new broadcast contract, ESPN gets four Stanley Cup Finals and Turner gets three.

Some facts and thoughts:

If NBC is disappointed by the NHL’s decision, it wouldn’t surprise me. The network did an outstanding job building a bond with the league and its fans. Now, the men and women who worked their tails off producing over a thousand games, were left at the altar.

There’s always a personal setback or two when the winds of change take effect. NBC’s executive producer, Sam Flood, played college hockey and put his heart into the telecasts.

NBC had this statement when all was said and done. “Our partnership with the NHL will end at the conclusion of the upcoming Stanley Cup Playoffs and Stanley Cup Final, which we will present with the same excitement and professionalism that fans have come to expect since the 2005-06 season. We thank the league, its players, coaches and fans for their friendship, cooperation, and viewership, and we wish the league continued success. We also thank all of our colleagues at NBC Sports who through a passion for the game and their tireless efforts helped the league achieve unprecedented growth over the last 16 years.”

The truth is that hockey is no ratings bonanza. From our friends at Sports Media Watch:

I’m no ratings expert but moving from NBC to Turner, not an over-the-air network, isn’t likely to improve ratings. Funny, Turner (now WarnerMedia) is Atlanta based where the NHL failed with franchises twice.

The NBA which will now have to share Turner with college basketball and the NHL can’t be ecstatic about the network adding the NHL. The NBA didn’t respond to a request for comment on the development.

Baseball has always been a game best presented through storytelling. Frankly, Fox, for all its innovation, the conciseness of Joe Buck and the pitching tutorials of John Smoltz puts little emphasis on profiling players. What makes them tick, their backgrounds, their hobbies and their baseball lineages of interest?

ESPN’s Tim Kurkjian’s commentary goes beyond addressing the mechanics of the game. He entertainingly shares players’ behavioral interactions. Tim told a story about how Willie Mays was startled when Bob Gibson arrived at the front door of the Giant great’s home. Willie couldn’t recognize the standout hurler despite having faced him hundreds of times. Turns out, Willie had no idea that the late Gibson wore glasses off the field and it threw him off.

The Bristolites will now occasionally post graphics, listing players’ traits, those that might make particular guys stick out. When Braves’ pitcher Charlie Morton came into a recent game, ESPN’s announcers  elaborated on a graphic noting that Morton loves carpentry and how he personally built the table for his home kitchen. Good stuff! Doing so helps fans identify with players.

Per Sports Business Journal, ESPN’s Sunday Night Baseball is up 23% from 1.39 million viewers after viewers in 2019. It’s also up 26% from the opening stretch in 2020. You’ll recall that Covid postponed last year’s start to July.

Nice to see this done in an ultra-liberal city like San Francisco. While many radio and television baseball broadcasts skip running the national anthem, the Giants radiocasts record the anthem that was played and/or performed minutes earlier and run it back before the first pitch. Good stuff. Last time I listened, the Yankees’ radiocasts had a sponsor for the anthem but didn’t play it.

Broadcaster Jac Collinsworth, Cris’ son, will be part of NBC’s Kentucky Derby broadcast crew this weekend. The younger Collinsworth also did basketball play-by-play for NBCSN which goes off the air at the end of the year. Jac’s paternal grandfather, Abe Collinsworth, played for Adolph Rupp‘s national title team at Kentucky in 1958.

Thirty years ago, in 1991, Fernando Valenzuela was released by the Dodgers. A year earlier he threw a no-hitter against the Cardinals at Dodger Stadium. Remember Vin Scully‘s call on radio after the final out? He stamped the historic moment as only he could, “If you have a sombrero, toss it to the sky.” After 11 seasons as a Dodger, he trudged along with four other clubs before retiring in 1997. The man who produced “Fernandomania” in the 1980s has been a Dodger Hispanic broadcaster since 2003.

Time to stop complaining. Through the years, there were two announcers that I’m aware of, who had the use of only one arm. In Detroit, the legendary Bud Lynch did Red Wings games on radio. He was badly injured during World War II. Then there was Gene Stuart, who did color on Rangers radio broadcasts in the 70s with Marv Albert.

Then these two fellows, one alive and one who passed, could see through only one eye. The late “Big Whistle” as Albert called him on Rangerscasts, Bill Chadwick. He was a longtime NHL referee before turning to broadcasting. And as many of you might know, Dick Vitale of ESPN fame has vision through only one eye.

Checked in with old friend Joe D’Ambrosio. He called UConn football and basketball forever. When the UConn rights switched stations a couple years ago, he was locked in at WTIC. He told me, “I still had time on my WTIC deal. (I continued doing) AM Sports and co hosted our regular AM talk show through Dec 31st when I took a buyout.” D’Ambrosio and Wayne Norman (still there) were a beloved duo in UConn’s hoops heyday. We’ll see where Joe’s next chapter takes him. He was a fixture at WTIC, 28 years.

Making the best of difficult decisions. Bob Licht was the radio voice of the original Charlotte Hornets who moved to New Orleans. Bob moved with the team to Louisiana but at some point his contract wasn’t renewed. He is now selling cars at Lakeside Toyota in the New Orleans area. Salespeople do well, if they can sell. Although I did play-by-play for many years at a couple major stops, I put the meals on my table doing ad sales through a good chunk of my career. It enabled me to grow into broadcast management, including running Westwood One Sports. I trust Bob’s doing well and wish him continued success. If you can sell, you’ll always make a living.

The Notre Dame season kicks off on NBC at 2:30 p.m. ET on Saturday, Sep. 11. Drew Brees, is the new color commentator. He’ll work with Mike Tirico and Kathryn Tappen on the sidelines. When Tirico fills Al Michaels‘ big chair in 2022, the Notre Dame play-by-play gig will open. Look for Paul Burmeister to be a top candidate to get the ND job. Paul currently does the Fighting Irish on radio and works a variety of telecasts for NBC.

I wish I understood why Fox doesn’t push the players’ stories more. I thought of something Joe Davis said. He said that on Dodger broadcasts, he talks more about the players’ backgrounds than he otherwise might, but that is what Vin Scully did, and Dodger fans expect it. We do indeed. But it’s a long-standing problem. Al Michaels, who was a marvelous baseball announcer (it was his favorite sport, he said at one time; then he was no longer doing baseball and …), said that he’d watch games on his satellite dish and got fed up with all of the… Read more »