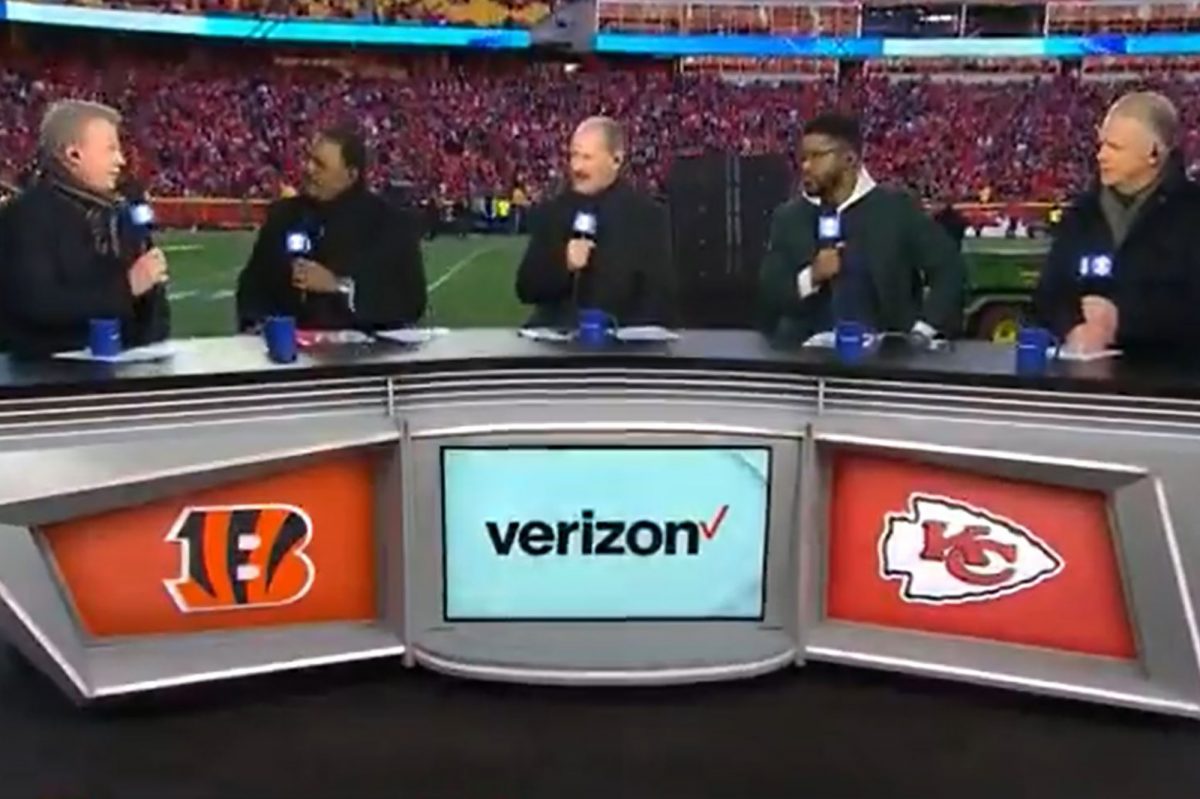 Just as the name Washington Football Team was catching on, the NFL’s DC club was finally christened. The one time Redskins are now the Commanders.

When I heard about it this morning, my thought did what it usually does, it strayed. After a cursory look, I rediscovered the 2019 San Antonio Commanders of the quickly defunct erAlliance of American Football. Other than that I didn’t find a team, pro or college, nicknamed Commanders.

The broadcaster, The Ol’ Commander was the legendary sports voice, Bob Elson. He was the true pioneer who hired the great Jack Brickhouse in Chicago. Brickhouse later surpassed Elson in visibility and popularity. See how my nutty brain travels?

Elson did the White Sox games on radio in Chicago for decades. One of the promotional teasers that the Commander would engage in with his boothmate was to guess the precise attendance of the baseball games they covered. The voice whose guess was closest to the exact number won the almost everyday internal contest. Elson, a Ford Frick Hall of Famer, was a character to say the least.

The new Washington Commanders have struggled at the gate in recent years. Do you think the new appellation will help? In their day, a ticket to the old Redskins was tough to nail down. Winning is always the best solution.

In the 1950s, Arch McDonald (left) was the Voice of Washington’s Redskins.

A little background. In 1939, the three New York baseball teams broke their bans on radio, Red Barber was brought in from Cincinnati to Brooklyn to do the Dodgers play-by-play and McDonald was tapped to do a combined Yankees and baseball Giants package. Arch left after just one season and Mel Allen was appointed the lead announcer of the Giants/Yankees broadcasts.

Allen actually replaced a fellow named Garnett Marks six weeks into the ’39 season. Marks’ role was to essentially read commercial copy. The broadcasts were sponsored by Ivory Soap. For whatever reason, Garnett referenced Ivory as ovary. Not once, but twice. In those primitive years, copy wasn’t taped. Commercial copy was read live. Marks’ misread was an ignominious moment, The second time, ended his career .

In the 50s, in addition to Redskins broadcasts, McDonald did the Senators with Bob Wolff. The two didn’t get along very well. Bob was a quick thinking New Yorker and Arch never lost his Arkansas drawl. Bob said that Arch would wander off to the water cooler between pitches during his assigned innings. And if the audience missed the pitch, so be it!

Arch McDonald died in his boots in 1960 at age 59. He had a heart attack on the train back to DC after calling a Skins game at Yankee Stadium against the Giants.

Talking of McDonald in the booth, Jiggs McDonald, 83, returns to do his first NHL game in three years. He was the original voice of the Los Angeles Kings in 1967, then doing a TV/radio simulcast. Jiggs moved to Atlanta from there and is probably best known for his later years with the Islanders, 1980-95. Tonight, he fills in for Brendan Burke who’s on an NHL assignment for Turner. According to column contributor Jake Baskin, the oldest broadcaster to ever do an NHL game was the legendary Canadian, Bob Cole who was forced out at age 85. Cole seemed to do Hockey Night in Canada forever.

I occasionally listen to sports radio when I’m in the car. I don’t really seek it out. The fellows I hear most are Jim Rome, Dan Patrick, Colin Cowherd and Chris Russo. They each have distinct styles. Too many young play-by-players today all sound the same, they’re homogenous and and follow the same blueprint. Nothing creative

With sports-talk, there’s a distinction. Russo speaks his mind lovably and laughably. Most importantly, he’s also a good man and well prepared. Listeners get to known him because he wears his emotions on his sleeves. You can argue that  Russo and Mike Francesa on WFAN were the most popular local sports talk duo ever in New York.

Rome, with the help of his business manager Kraig Kitchin, built an empire early in national talk, Jim built his own nomenclature, ‘clones, smack and more.’ Kitchin helped make Romo rich by having him read personalized commercials and endorsements. As for Cowherd, he’s strikingly smart and never talks haltingly. There have been questions about his veracity that begin with, “As I said…” But in truth, he never said, what he said, he said.

Patrick and his show are different. His greatest quality is that he always sounds likes he’s smiling. It gives his program a light friendly breeze. Dan gets great guests but his ego is irrepressible. He’s a name dropper. Who cares who his Hollywood buddies are? Stick in your lane!

You’ll be hearing a lot of these talkie-cats between now and the Super Bowl.

The overbearing and pounding musical halftime act in Kansas City last Sunday silenced the studio crew who made their trip from New York worthless. With fees for equipment and travel, it turned into a financial and production disaster for CBS. You’d think that the usually buttoned up NFL and CBS, would plan for the booming speakers and that CBS’ crew should be situated considerably apart from the band.

Sometimes it’s the extraneous and the superfluous that destroy the best laid plans. At halftime in Kansas City, country singer Walker Hayes unknowingly killed television for millions at halftime as he belted away with his strong timbre.

You have to love Boomer Esiason. He’s an unafraid New York boy, from Long Island. Norman, his real name, can be quietly  feisty. Don’t pick on him. He’s a pretty good counter-puncher. It  became pretty clear at the very start of halftime that the situation was irreparable. James Brown spoke lightly about the whole todo, Nate Burleson started dancing in his chair and Esiason made it clear that the whole thing turned into a farce.

CBS assembled its halftime bunch in the American heartland to do the pre-game, halftime and post game shows. They should have stayed at home where the studio quintet excels. CBS might be the best of the bunch. Of the worst, are the Foxies, Howie Long who fills Fox’ air with inanities and Terry Bradshaw who sounds childish.

I can remember Brent, Phyllis, Irv, and The Greek being at game sites and even then thinking, as a pre-teen, what can they do there that they can’t do just as easily in the studio? I’d draw a distinction there with trying to do play-by-play from a studio or your home. I do detect most play-by-play broadcasters of today trying to sound alike, or seeming to, and think back to the 1970s and 1980s and hear, say, Dick Enberg and Al Michaels. I’d hear Vin’s influence, but they had distinctive styles. When I heard DeWayne Staats and Thom Brennaman for… Read more »