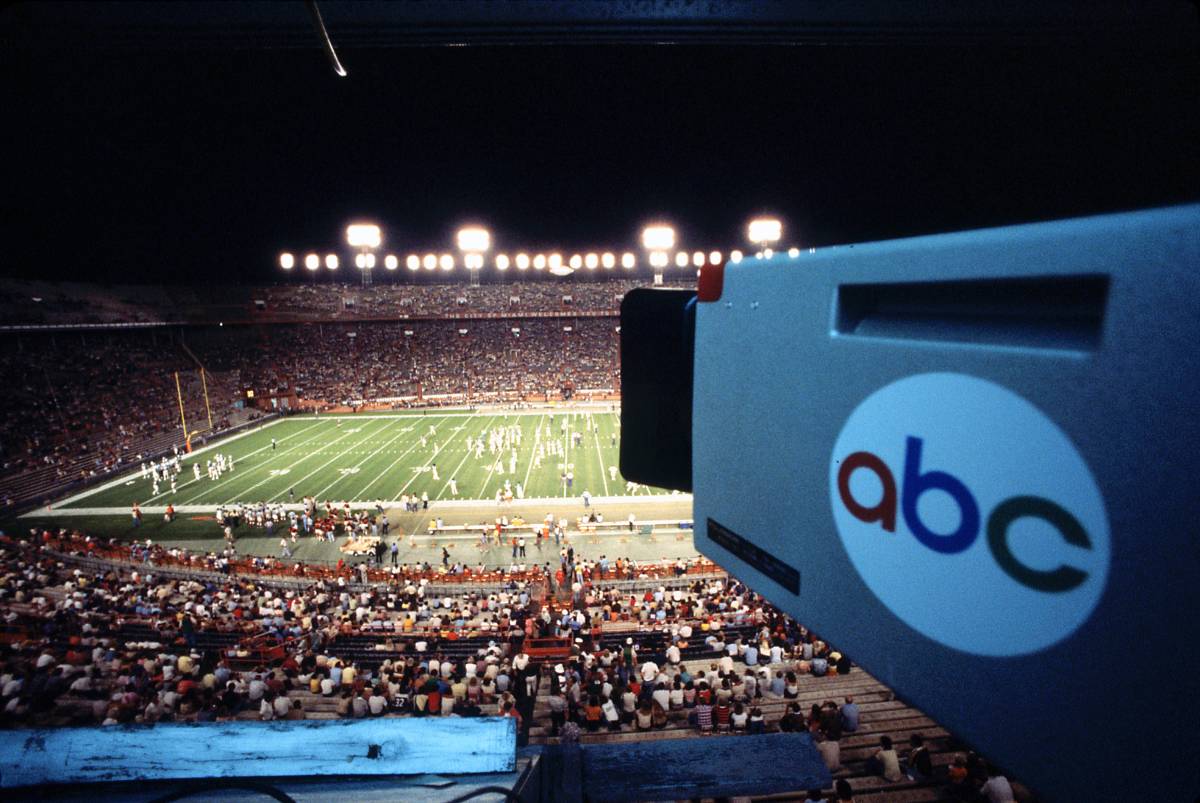 Vin Scully has often said that baseball broadcast pioneer Red Barber was like a father to him. When we spoke recently, he said “Red was determined to help me, as he would a son to do well. At times I’d get upset with what he sad or his criticism. Yet I knew he was trying to help me become a better broadcaster.”

I asked Vin about his relationship with Walter O’Malley who owned the Dodgers, beginning in October, 1950, at the end of Scully’s first season. O’Malley passed in 1979.

“Well, if Red was like a father, what’s that word, avuncular? Walter was like an uncle. We were playing in Boston one day. When the game ends, I run into Walter as I leave the booth. He asks me where I’m going. I tell him that I’m headed down to the clubhouse on my way out. He says, “come with me.” O’Malley had a big twinkle in his eye. So we get into a car and I see that the driver is headed for the airport. I’m thinking, are we going to pick someone up? Well, when we get to the airport, we get onto a plane and fly to Montreal where we had dinner with the owners of the Minor League team there. They were very French. Some hardly spoke English.

“O’Malley had a pixie kind of spirit. He asked the waiter to bring over a vase of flowers from a nearby table. He then pulls out one of the Gladiolus and peels off a couple petals. He then asks me to taste one. I’m thinking is he kidding. It turned out to be delicious.

“His business reputation was one side of the man. I found him absolutely charming.”

In a clubhouse interview on NBC after the Dodgers won the 1965 World Series over the Twins, Vin interviews O’Malley. Note that Scully references him as Mr. O’Malley. Walter was 24 years older than Vin who was just 22 at the time O’Malley took over the Dodgers. In the interview, O’Malley credits Scully and his Dodgers partner, Jerry Doggett.

Scully was asked by SI’s Tom Verducci to reflect on Ebbets Field: “In today’s ballparks, the crowds are like wallpaper. They make sounds but you’re not aware of the individuals. That’s the single biggest difference between the big stadia, modern day baseball and little Ebbets Field.”

Vin recently put up lots of his valuable sports collection for auction; memoirs, rings, memorabilia and even old sets of his golf clubs. Associated Press reported that the auction raised over $2 million. Scully and his wife, Sandra, plan to use some of the auction proceeds to help their five children, 16 grandchildren and three great-grandchildren with expenses that include parochial school tuition. The remaining moneys will be donated to UCLA for neuromuscular research. Sandra suffers from some form of amyotrophic lateral sclerosis.

Smart move by Vin, 92. He says he doesn’t want to have his heirs quibble over pieces of his memorabilia. We read about the children of the late Ernie Harwell who battled over the estate of the late Tigers’ broadcaster. It got ugly.

Truth be told, the greatest material Vin’s leaving is a gift in perpetuity. It’s available already and will be for generations to come. Budding broadcasters will be able to study his precious work, breaking down recordings of his years of unparalleled broadcasting.

The talented Bob Costas told me that when he’s in Washington calling a game, his booth position is so  high that’s it’s difficult to gauge a home run.

So Bob said that he picked up a nuanced tidbit from Vin on how he inflects his voice and pauses for a suspenseful second to buy time until he’s sure the ball’s gone. Bob points out that if you listen carefully to Scully’s classic call of Kirk Gibson’s home run, you’ll appreciate a little of this subtlety.

Vin’s calls are owned by Major League Baseball. He gets no royalties for the thousands of times his memorable radio descriptions or his signature television calls are replayed. Sportscasting isn’t the music business where artists are paid royalties. 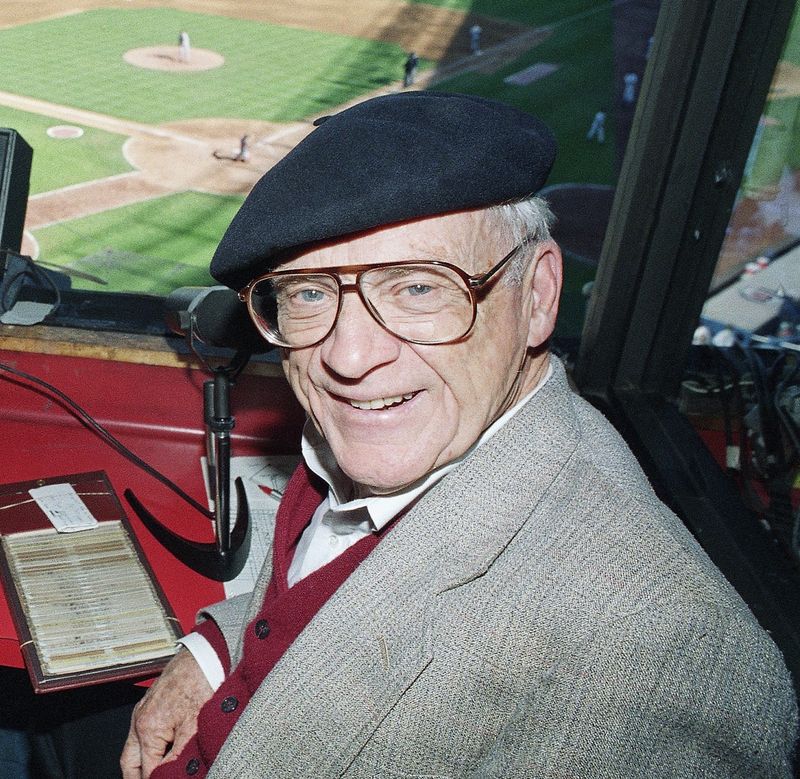 Talking of Harwell. He  was also a football voice, working Baltimore Colts games during the 1950s. After his arrival in Detroit, Harwell covered football for one more year (1963) as a voice of the Michigan State Spartans. Asked by Lynn Henning in 2002 if he felt his style was better suited to baseball than football, Harwell said, “I probably fit it [baseball] better than I did with football. There were some people in my early days who thought I was a better football than baseball broadcaster. I think, in football, it moves along, and if you have an authoritative voice, and don’t correct yourself and can call the play quickly, and beat the crowd noise, you can be a great football announcer. Nowadays they have a lot more advantages. They can look at videos, at replays. I enjoyed football, but baseball is a better game for radio than any other sport.”

Fiftieth anniversary of Monday Night Football, launched by ABC in 1970.

Jim Spence was a Senior Vice President of ABC Sports and longtime lieutenant to the legendary Roone Arledge. He wrote Up Close and Personal in 1988. It was considered at the time, a ‘tell-all’ of life inside the walls of network television.

The 50th anniversary of Monday Night Football was just a few days ago, September 21, 1970. Joe Namath and the Jets lost in Cleveland. Broadway Joe was intercepted three times that night. Keith Jackson was assigned to do play-by-play and he was teamed with Howard Cosell and Don Meredith. Jackson spent just one season as the announcer on MNF and was then replaced by Frank Gifford who Roone brought over from CBS. Frank had never done play-by-play.

Jackson also experienced other disappointments at ABC. He had been taken off baseball, although he downplays it. “I never had a real fancy for baseball,” he’s quoted as saying. According to Spence, Arledge, in an effort to keep Al Michaels from jumping to CBS, offered Al equal status on college football which Jackson had already dominated for ten years. Upset, Jackson thought retirement, according to Spence.

In time, Dennis Swanson succeeded the iconic Arledge. During that first meeting with Swanson, Keith said, “We talked for three hours. I had never met Dennis. We talked philosophies, we talked about a lot of things.”

Swanson coaxed Jackson out of retirement with offers of reinstatement as the network’s No. 1 play-by-play announcer on college football and a lifetime contract. Swanson, in turn, compensated Michaels by giving him Monday Night Football.

So everybody was happy, at least ostensibly.

As for the NFL, 70% of its income is produced by television money. With new television contracts likely to perhaps double in revenue, the NFL is in the best shape of any of leagues to survive the current stretch of empty or near empty stadiums.

Mack Brown, 69, coach of North Carolina football, spent time in the ESPN studio between gigs. I asked him whom he looked up to for advice when starting his broadcast work. He said, Dick Vermeil, Chris Fowler, Todd Blackledge, Bob Griese and Mike Gottfried.

Mark Vandermeer calls the Houston Texans games on radio. He told the Houston Chronicle that only a quarter of the NFL’s teams are traveling their radio broadcasters. The majority are calling road games remotely. This was obvious last weekend when Bob Papa who does the Giants broadcasts called a kickoff. There was a pause between the kick as described by Papa and the catch by the receiving team. Bob would normally say- ‘It’s an end over end kick or a spiral.’ Uncharacteristically, he said nothing because he relied on a monitor that didn’t follow the ball. All he saw on the monitor was the kick and the catch. This Sunday, Vandermeer will not accompany the team to Pittsburgh. He’s been the Voice of the Texans since day one, in 2002. It’s the first game he’ll miss live in the history of the franchise. Yet, he will call the game remotely from Houston.

What a great roundup! It’s interesting that Vin’s “father” and “uncle” didn’t get along, but I read a couple of interesting things. One is that Red wrote in his autobiography that O’Malley was very good to him on a financial issue and in another case gave a second chance to a man who had blown it all with alcohol and that he wouldn’t have done the same; I know he meant Connie Desmond, who missed most of the 1955 season, came back in 1956, and again had to leave. The other is that when Vin went to CBS in the… Read more »