Joe Buck (l) and Troy Aikman, Lots of shuffling. Will the two remain together remain next season on ESPN?

Mike Tirico hasn’t been a great match for NBC. Yet he’s a fine play-by-player and will never take you on a wrong turn. Tirico is also bright and a good guy. But he’s being asked to do way too much, and is paid tons, something like $10 million a year. Troy Aikman and soon Uncle Al Michaels will extend the pay scale limits further. Money is being thrown around like it was the Roaring 20’s. To the public, the makeup isn’t pretty.

Mike Tirico was built for ESPN where he excelled. He never developed a real specialty or an identity with any one sport. Think of the optics. At NBC it was down to Al Michaels or Mike Tirico. If two teams traded players with such indiscretion, there would be an impassioned protest of fans at team headquarters.

In Bristol, Mike moved happily from one event to the next, always sounding smooth and friendly. As long as he was calling a game or on SportsCenter, he couldn’t be happier. He fit in perfectly. ESPN’s abode was built for Mike Tirico. His perfect week is when his calendar is filled.

Mike wants the work but NBC doesn’t have the conventional night-to-night sports menu to fuel it. And remember that the NBC Sports Network shuttered completely, cutting programming even further. The Olympics aren’t Mike’s  cup of tea. As it is now, he’s somewhat handcuffed to grow his name.

In Bristol, ESPN’s unwritten mandate is to keep its talent running. Imagine, the Super Bowl on a Sunday evening and an NHL regular season game the next night. Mike would do it and do it well. But it wouldn’t distinguish him. For Michaels, it was perfect. At 77, doing  roughly just twenty games would keep him sharp. He doesn’t need more and doesn’t want more.

At NBC, Michaels and Bob Costas are gone, two super-stars, both of whom are sorely missed. Mike, who fit the ESPN pace of a Chris Berman or Sean McDonough and whose voracious appetite is for heavy assignments every night, would have been better staying put instead of jumping to NBC where he’s already taken grief.

There were rumors that Tirico went back to his ex-employers in Bristol and and asked for his MNF job, insisting that he also be assigned, 2 MLB, 2 NHL, 2 NBA, 2 college basketball games, SportsCenter and Australian Rugby every night. Word was also out that Jimmy Pitaro stopped him in mid-sentence and told him that there weren’t enough days in the week to fulfill his request. (Just a bad joke.)

Hey, by the way, whatever came of Hannah Storm and Andrea Kremer? In case you’re wondering, this duo did the independent Thursday Night games on Amazon Pay. Haven’t seen written about it at all. Just being thrown out the rear door.

By the way, it’s aisle seats in coach to first class. That’s for the stat crew. The ones who count fly private. Now all these guys are flying on private planes, labeled PBP#1.

No truth to the rumor that Kirk Herbstreit came in crying like a baby complaining and insisting on NFL work, ahead of Troy. I thought I heard him correctly. Didn’t he want to do the NFL? Guess he missed out!

Troy Aikman at  $18M a season, 20 or so games? Compare it to Stephen A. Smith who works long hours almost every day with passion, preparation and alacrity. He gets about $10 million. Any rhyme and reason there?

Hats off to Fox Sports bringing back Dave Lamont to host bowling this weekend on FS1, at 12 noon, Sunday. It’s the first event of the Guaranteed Rate PBA World Series of Bowling XIII at Bowlero Wauwatosa. Maria Taylor didn’t like something she thought she heard him say and ESPN stripped him of his college football schedule. Fox demonstrated American fairness, bringing Lamont in for the event.

Fox is reportedly after Sean Payton. He’ll be needed in a hurry once Aikman is off to ESPN.

Joe Buck’s contract is up at the end of next season.

Al Michaels could end up with Troy at ESPN or at Amazon with a whole new crew. I still think the ESPNers will tag Al. He doesn’t like three in the booth. And at 77, he should get at least another Super Bowl.

NBC should be locked down with Tirico and Collinsworth. Michele Tafoya’s successor has still to be determined. We’ll miss her.

At CBS, I wonder about the future of James Brown, 71. He wasn’t as visible this past season. There’s lots more of Nate Burleson on the air.

Dan Hoard spent two unforgettable football seasons in the radio booth this fall and winter – the two might as well have been compressed into one. The Bearcats advanced to the collegiate playoff semi-finals and the Bengals muscled their way into the Super Bowl. But before the Super Bowl, Hoard’s dad Larry, 85, passed. As an announcer in Cincy, Hoard’s name was in bright lights. Include him now in the quaint city’s group of all-time best announcers. He is up there with Marty Brennaman (Reds), Waite Hoyt (Reds), Ed Kennedy (Reds and NBA’s Royals), Al Michaels (Reds) and the Bengals’ original voice Phil Samp (Bengals). Uncle Al did the Reds from 1971-73. And how can we forget pioneer Reds’ voice, Red Barber. The Redhead left for Brooklyn  in 1939. 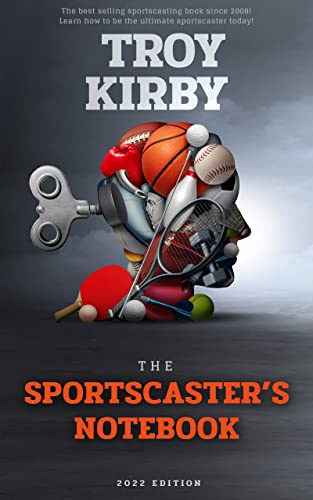 Sixty years ago in, 1962, the Mets were launched. National League baseball was back in New York following four years when the Big Apple was void of it. Old timers particularly, who had fond memories of those wonderful early rivalry years, couldn’t wait. There was even excitement about who the beer sponsor would be (Rheingold), which radio station would get the games (WABC, a powerhouse) and of course which announcers would be hired. The voices were Lindsey Nelson, Bob Murphy and Ralph Kiner. They were inseparable for the team’s first 17 season.

In a major step toward getting more digital radio receivers in cars, Toyota will include HD Radio as a standard feature across its entire next generation infotainment system in the U.S. “Going forward, nearly all new Toyota cars in the U.S. will have an HD Radio as a standard feature,” Xperi CEO Jon Kirchner said Wednesday. Meanwhile, 16 car companies are testing Xperi’s next-gen AutoStage hybrid radio receivers in Europe, North America, and Asia 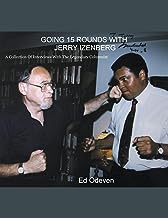 Going 15 Rounds with Jerry Izenberg, is a fun book to read a little here and a little there. Ed Odeven breaks down Izenberg’s illustrious columns. Jerry did lots, working television too with Bill Mazer. His best work was with on his typewriter and with his pen. Jerry painted beautiful word pictures. He says that the best basketball announcer he ever ever heard was Marty Glickman. Izenberg’s home base has been the Newark Star-Ledger forever. He’s 91 and as sharp as a tack.

Deaths In 1962, 60 years ago: Pioneer broadcaster Ted Husing on August 2nd at age 60 in Los Angeles and the outstanding race caller Clem McCarthy on June 4th at age 79. Clem did likely the highest rated sporting event ever, blow-by-blow of the 1938 Joe Louis vs. Max Schmeling. This is before TV. On radio, it did a 63 rating. Millions upon millions were listening to McCarthy from Yankee Stadium. Vin Scully told me that Dick Enberg reminded him of the Husing sound, perfect erudition and elocution.

Adolf Hitler, rooting for Schmeling, was listening to the fight on German radio and was crestfallen after the downfall of Schmeling. There was chaos around the ring after the Louis win. You can hear NBC announcer McCarthy elbow his way to the championship fighter, pleading with a cop to help him get to Louis. It’s worth a listen on YouTube. Talk about an event that intersects sports and politics.

First, Jerry Izenberg lives out my way, and while I haven’t met him, I have a friend who is close to him. He’s not only as sharp as ever, but as cranky as ever, bless him. As for the others … Tony Romo affected the pay scale, and Jim Nantz followed, I believe. The thing is, I don’t think Aikman is in Romo’s class as an attraction. People would watch football to listen to Cosell or Madden, and maybe some others. But Aikman? I don’t think so. The rumor that Buck might follow Aikman reminds me of something he alludes… Read more »