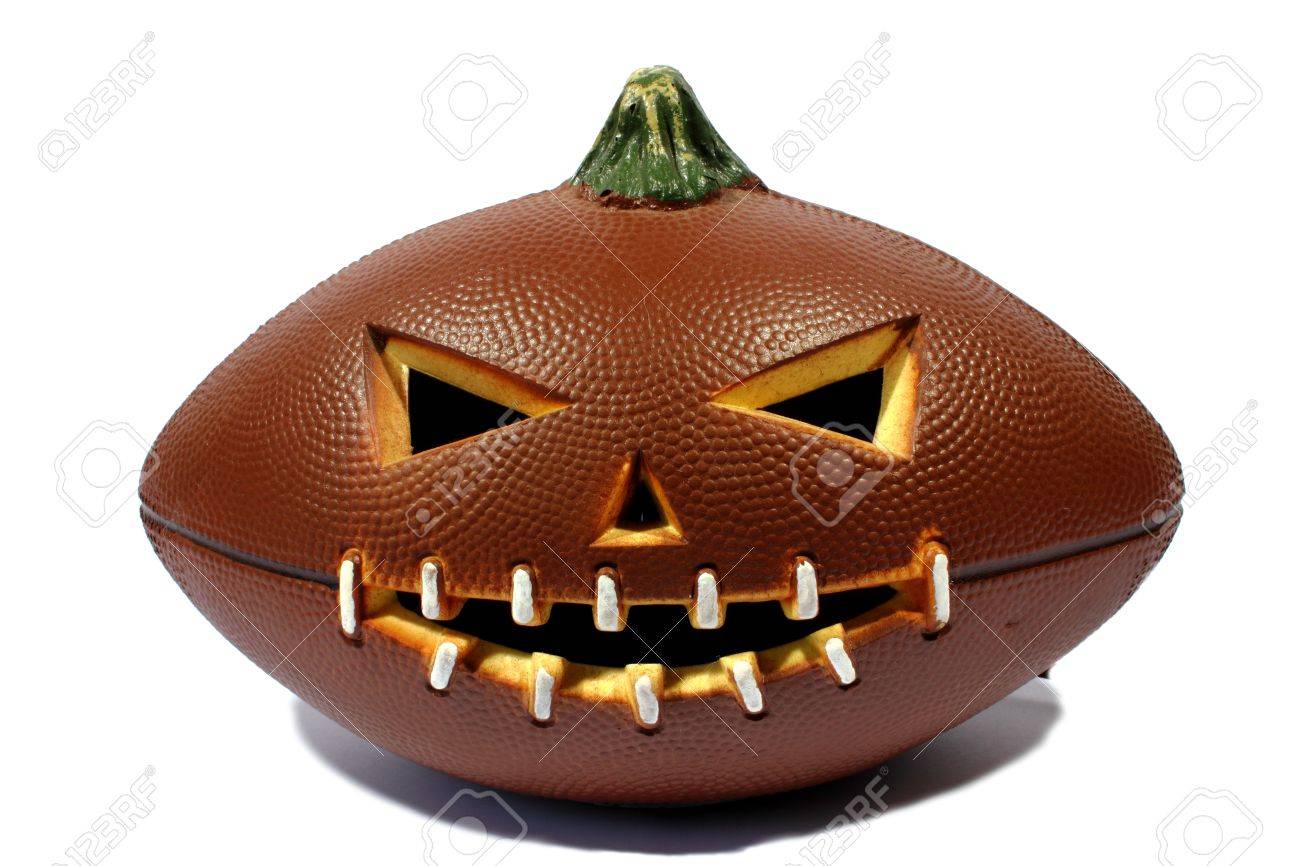 It’s Halloween, season of ghosts, goblins, chainsaw wielding murderers and rowdy teenagers. It’s a night when all hell can and probably will break loose. For ordinary people this can be a truly frightening evening.

If we were to create a Halloween scare for sportscasters it would probably include the eerie silence of a dead phone line, a broadcast position without a sightline to a scoreboard, or a broken-down bus in the middle of nowhere.

If you’ve been in the business long enough you’ve likely experienced your own list of broadcast horror stories.

Here are a few of the worst I’ve heard through almost three years of recording the SayTheDamnScore Podcast.

The most obvious one of all is the terribly timed pink eye or viral conjunctivitis in medical terms. I got it on the eve of the 2014 Sochi Olympics that I anchored for NBC. All of the ridiculous theories that bounced around the internet about how I got it are 100% wrong. I have no idea how I got it, but none of it is nearly as interesting as what people speculated. But in any case, I got it. It wasn’t my fault that I got it. I tried for five or six nights to do the best I could. I wore glasses to disguise it but you couldn’t really disguise it.

I’ve said this before in other places but look, we’ve all gone to work feeling less than our best, it’s what  professionals do. If I just felt lousy and had the stomach flu or something, you just soldier through it and no one has to know. If you had a broken leg and it’s in a cast and it’s under a desk, nobody has to know about it. But this was literally written on my face. So I felt an obligation to all the people who had worked so hard for a long time; not just the two and a half to three weeks of the Olympics themselves. They work for years to prepare; traveling the globe to put together features and develop extensive research manuals. Some of these people also put in 18-20 hour days during the Olympics. And the prime-time host is kind of carrying the ball for them. So I felt an obligation to them to hang on and do the best I could. No one else was prepared to do exactly the job I was doing.

The people who speculated wrongly that I just wanted to be there because the Olympics are just a big exposure deal don’t know anything about me or anything about how this works. By then I had done ten Olympics. If I’d have had my personal choice I certainly would rather have been out of sight and out of mind; looking and feeling the way I did. I did it because I thought it was the professional thing to do. I lasted for five or six days until my eyes became so light sensitive that I couldn’t be in the studio any longer, so I had to step aside for a while. It wasn’t fully cleared up until several weeks after the Olympics  but when it got back to the point where I could function I came back and did the last five or six nights of the Olympics. I did it out of a sense of professional obligation and for no other reason.

Fred Taylor is the father of Kelvin Taylor. Fred was an outstanding running back for the Jacksonville Jaguars and our crew did this amazing job of putting together side-by-side video of Kelvin and Fred, exercising the same motions on the field. In the second quarter, one of our cameramen, who was a local Jacksonville cameraman, said hey, “I found Fred Taylor, here he is (on camera).” I didn’t get a chance to meet Fred before the game so I didn’t know what he looked like or where he was. Yet, when our camera guy said he found him and our producer says “Alright, that’s Fred Taylor,” I felt comfortable about referencing him.

So we start talking about Fred Taylor, show his son and do this great video stuff. We’re still talking about Fred and showing him in middle of the third quarter. At that point, my phone starts to blow up and people are saying, “You idiots that’s not Fred Taylor, that’s somebody else. You guys are morons, I can’t believe you’re doing this.” It was like Oh my God, I hope we didn’t offend or upset anybody. We were just going by the recommendation of one of our camera people.”

Sure enough, when we found the actual Fred Taylor at the game, I just remember apologizing, ‘There’s Fred Taylor, we misidentified him earlier; second down and eight.’ And we just completely blew past it because it’s all we could do. We were so mortified. Now, years later we can look back at that moment and say that’s really funny, I can’t believe we misidentified somebody’s dad for two quarters and really rode it. We can laugh at it now but at the time I remember feeling like such an idiot!

Opening day in the minor leagues. It was my third and final year with Montgomery. we were in Pensacola opening the new ballpark there. It was a gorgeous day. We go into the press box four hours before the first pitch and the construction people are still busy working. They’re getting counters mounted to the wall while the clock is ticking to the start of the season. Most importantly, they still hadn’t installed the phone line in the visiting radio booth. And as you know, you need a phone line to do a radio broadcast. So we wound up doing the game on opening day, one that you wait for all off-season; doing so off a cell phone. A little creative ingenuity! Instead of holding the phone against our ears the whole game, we taped the phone to a Mountain Dew bottle to serve as a microphone stand. That’s how we did the long awaited game on opening day.

In 2014, when I called games in the Cal League, we had a week-long trip through two desert cities, Lancaster and High Desert. The wind howls there mightily. Papers blow off the broadcast counter and baseballs take flight in unpredictable directions, it was a difficult trip.

We were staying at a place in the middle of the Mojave Desert which was the worst hotel in the league by far. At 6AM on the last Saturday morning of the trip, I was awoken by someone pounding on my room door. Some shady characters would hang out in that hotel. I was half asleep and totally out of it, disoriented and slightly panicked. I thought if someone was pounding on my door at that hour, something must be wrong. Is the hotel on fire or is there an emergency? What is happening?

So I rushed to my door without even thinking to look in the peep hole. I just opened it up. There was this short guy, probably 5’5″ wearing a long white t-shirt, with a shifty look on his face. And I look to his side and he has this giant pit bull that was almost as big as he is with a big spiked collar around his neck. He looks me over, up and down, and says “Hey is Andre there…or Alex?” I said no. So he turns and he and the dog rush off. That was it. So I’m left at 6AM on a Saturday morning thinking 1) What just happened? 2) That was not what I needed after what was already a trip from hell. 3) Who are Andre and Alex and why does the guy with that pit bull think they should be in my room. Will somebody else come back later looking for Andre and Alex. What are Andre and Alex up to? I’m guessing it’s not anything good. That capped what was a very difficult road trip.

As we know, Howard wore a toupee. Leaning against a wall in the broadcast booth of an old and worn stadium on what might have even been Halloween night, his hairpiece got caught on a protruding nail and pulled it off his head. There he was, bald, just before having to go on-air.

In the summer of 2015, the Pacers radio man joined budding announcers calling games in the Cape Cod baseball League. Mark kept his eye on the field calling a game when a young little girl about 2 or 3 years old took a liking to Mark’s iPad and began to run away with it. When she was caught and told to put it back, she did and proceeded to take Mark’s chicken sandwich and head for the hills. This all goes on while Mark is on the air.

For seventeen glorious seasons, Lindsey called Mets games with Bob Murphy and Ralph Kiner. One spring, they’re playing the Yankees in their old training home, Ft. Lauderdale. Somehow a door slammed hard on a finger and and he actually ended up losing a piece of a finger. The incident occurred only hours before the game. Lindsey went to a local emergency room and was treated. While still in pain, he proceeded to the stadium and called the game. Now that’s a trooper.

I always loved Red Barber’s story of getting a bunch of cavities filled and then going to Ebbets Field with a headache. He did his pre-game prep, sat there uncomfortably, and then did the game. The next morning, he’s reading The Times’s account and they have the wrong guy playing third base for the Phillies. He thought the mistake was funny. Then he started thinking about it and, when he got to the park, he found out HE had the wrong guy at third. John Madden could create some problems. I think he managed to knock the headsets off of… Read more »