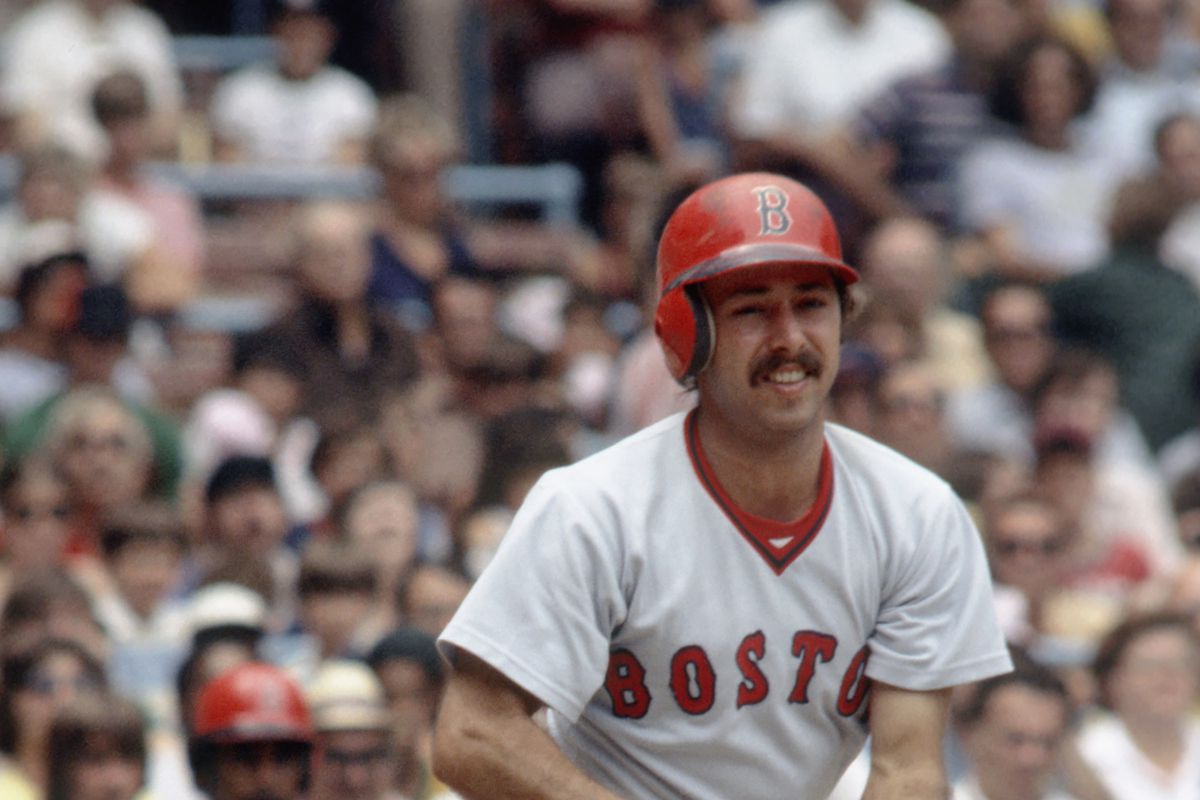 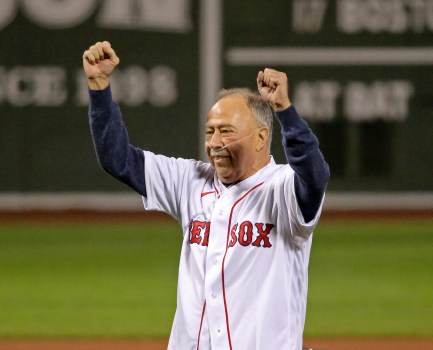 If the Red Sox are New England’s Team, Jerry Remy was the region’s local boy made good, first as a second baseman, then a beloved television announcer. His death this weekend at 68 of lung cancer may still Remy’s voice, but not bequest—notably, Jerry’s grasp of how baseball can thrive on the air.

“You can’t beat fun at the old ballpark,” said Harry Caray. Fun—not dissertation about a cutter, spitter, or fill-in-the-blank–seam curve. By contrast, today many mic men treat the pastime as a pitcher-catcher seminar, a panacea for insomnia. Remy knew better, sharing Vin Scully’s view that announcers mouthing a slew of vacant numbers rival “a drunk using a lamppost for support, not illumination.”

To Remy, radio/TV baseball should accent conversation. “Tell me about the guy sitting down at the end of the dugout,” Bob Costas once said. “Does he come from some tiny town in Arkansas? Is he a character?” Jerry knew that to be true. Tell  a story. Make ’em laugh. At a minimum, don’t make us turn the dial. For the last 34 years, Remy, a character himself a.k.a. “RemDawg,” helped the Sox remain required viewing.

Remy’s nickname evolved from 1990s Boston Voice Sean McDonough. “The Sox had a gritty team and Jerry was calling them ‘Dirt Dogs,’” he explained to Boston Globe columnist Dan Shaughnessy. “And, of course, Jerry had been that type of player. Scrappy. A hard worker.” One day Sean told Remy, “‘Well, you’re the RemDawg.’ And it stuck”—Jerry becoming,  wrote Dan,  “the name and face of Boston’s vaunted baseball franchise.”

Born in 1952 in Fall River, Massachusetts, Remy played locally in Little League, starred at nearby Somerset  High School, and revered the Red Sox “Impossible Dream” of 1967—forever the franchise’s most magical year. Drafted at 18, he was a 1975-77 Angels regular, joined the Olde Towne Team in a late 1977 trade, and the next year scored 87 runs, stole 30 bases, and made the All-Star team.

On July 20, 1978, the 62-28 Red Sox led the Yankees by 14 games. Said New York’s Reggie Jackson, “If the Sox keep playing like this, even [Triple Crown] Affirmed couldn’t catch them.” They didn’t. Remy cracked his wrist. Other injures brought the Townies back to earth. Boston fell three and a half games behind, then won its final eight: “Our last chance,” RemDawg mused, “not to have this over our heads for the rest of our life.”

Sans world title since 1918, the Sox lost the game. A New Haven bar owner  mourned, “They killed our fathers and now the sons of bitches are coming to get us.” Later Jerry led the AL in double plays, twice topped .300, but brooked one knee injury after another—10 by 2010—ending his career in 1984 with 208 steals, 1,226 hits, and a .275 average. In 2002, Bill James’ Historical Abstract called him the one hundredth best second baseman of all time.

Retiring in 1986, Jerry worked with minor leaguers before asking, “What the hell am I going to do [next]?” He felt guilty, his and wife Phoebe’s three children “coming in and saying, ‘Dad, what do you do?’” RemDawg: “I don’t know, I just sit here.” Kids: “Do you work?” Dad: “Actually, no.” Then, in 1988, he edged Dick Radatz and Jim Lonborg, among others, to become cable TV’s New England Sports Network analyst—to NESN head John Claiborne, “younger, more contemporary.” As an Angels rookie, Remy had swiped 34 bases. Said the freshman Voice: “Maybe this time will be OK again.”

Straightaway Jerry was asked if he would be a know-it-all, shy-away, or home announcer? “I want to be myself,” he said, at 35 running into luck. NESN’s ball and striker was former radio Voice Ned Martin, literate, even elegant. One inning he called Ted Williams “The Big Guy.” The next invoked Hamlet: “Good night, sweet prince, and flights of angels sing thee to thy rest.” In 1979, Ned moved to video. Preferring the wireless—“on TV, the play-by-play man’s role is diminished”—Martin selflessly mentored, helping Remy learn his craft.

Tutoring began in the tyro’s opener. “I didn’t know the score, or the count. I knew baseball, but I knew nothing about TV. I was totally lost,” said Jerry. Martin would write down Remy’s fluffs, then hand him the paper. “I’d think, ‘Uh-oh, what did I say now?’ I’m sure some of the things I said just pierced his ears.” By 1992, Martin, 69, hoped to work another year, “then go out with my head high.” Instead, he got a week’s notice, put Thoreau in a duffel bag, and “tried to hide his sadness,” said RemDawg. Ned “never saw it coming.”

The Red Sox, in effect, wrote Shaughnessy, blamed Martin for less interest given their “first last-place edition in sixty years.” NESN said Ned “resigned,” fooling few but fearing he “might say something on the air,” said Remy. “There was no chance of that. He went out with class,” retiring to rural Virginia and Martin’s large family, huge library, dogs and cat, Emily—apt, since to much of Red Sox Nation Ned was the cat’s meow.

Ned yielded to Bob Kurtz, later succeeded by Sean McDonough, Don Orsillo, and Dave O’Brien on NESN and/or free TV. By 2004, Remy ran the web site theremyreport.com, had opened a hot dog stand on then-Yawkey Way and three sports bars, written his first of eight books, including a “Hello, Wally!” series about Red Sox mascot Wally the Green Monster, and even took a Wally doll to parks on the road. Everywhere a loyal, even adoring, public chanted his name, wore TV-shirts and hats bearing it, and cheered the Sawx.

“This cult status he now enjoys,” said Sox historian Gordon Edes, “no one in the family saw coming.” In the Fens, a “just married” sign said, “Will Name First Child Remy.” Five men in straw hats and grass shirts held a banner in Montreal blaring “Straw Hat Guys Love Remy.” In New York, RemDawg inscribed a “NESN/Remy” sign. The Globe wrote that he even shaped TV coverage—“He sees everything before it happens, so the camera follows him,” said producer Patrick Cavanaugh—feting Jerry’s “more substance than style, a rational observer of a team about which Bostonians often get irrational.”

Where would it end? Better, how? In 2003, Remy had inked a four-year pact as Orsillo’s cable and McDonough’s free confrere. A year later—the Sox finally taking the Series—NESN coverage hit 125 games: to Don, “a throwback for me, working every day like the minors.” Jerry waved two Massachusetts ribbons: Sports Illustrated ’s “Favorite TV announcer” and National Association of Sportscasters and Sportswriters “Sportscaster of the Year.” A 2005 incident suggested why.

One day new Texas General Manager Jon Daniels, 28, guested on Sox TV. Orsillo intended to note “the great success youthful G.M.s have had.” Instead, he said, “Jon, in Boston we all know how much great sex young general managers can have.” Fearing “my old-time blooper,” Orsillo tried to feign that nothing was amiss. A few batters later Remy  couldn’t help himself: “Don, that was a great point you made about young general managers.” In 2006-07, coincidentally, Jerry was inducted into the Townies Hall of Fame and as honorary president of Red Sox Nation, respectively.

On June 24, 2008, NESN held “Jerry Remy Day” at Fenway for “20 years of service.” Thereafter, fate inverted the adage “always darkest before the dawn.” RemDawg was diagnosed with lung cancer, missing part of the season (2013’s and 2017’s, too). In November, the once-steady smoker had surgery to remove a “very small, low-grade cancerous area” from his lung. seemingly better till an April 2009 West Coast trip, when “I didn’t want to get out of bed. The first thing you thought when you woke up was ‘another lousy day is ahead of me.’”

Remy flew back to Boston, fighting depression and fatigue. Next week Orsillo read a statement about Jerry taking an indefinite leave of absence, later adding, “I think he realized he came back too early.” NESN got thousands of cards and e-mails. In his absence, pinch-Jerrys included local writers, Voices, and such former players as 1978-84 Sox pitcher Dennis Eckersley, whose “Eckspeak” dubbed a fastball “cheese.” That August, returning to the Fens, Remy visited the booth, a standing ovation greeting a scoreboard picture of Don, Eck, and him.

Boston.com columnist Chad Finn asked why Jerry’s “appeal relied so little on the fact he once played for the Red Sox?” The Internet was one cause, Remy’s heart of a lion­ another, and his outsized persona a third, RemDawg strumming an imaginary air guitar, carting Wally’s Adirondack chair to booths around the league, and greeting Spanish viewers with Buenas noches amigos. “You spend a season with him,” Edes had written, “he thinks you’re entitled to feel like you’re with him, home and away.

A viewer knew Remy liked pasta, playing tennis, The Sopranos, shorts and a TV shirt, Aruba, and family. “That’s why he’ll tell you a funny story about what happened on the team flight, or on the cab ride to the ballpark, or something in the clubhouse that strikes his fancy,” said Edes. “He wants you to feel like you’re sitting on the next stool beside him. One year the four-time Massachusetts Emmy honoree caught pneumonia, a remyreport asking: “Where Has RemDawg Been?” Seventy-five answered: “Miss your voice.” “Get well, fast.” “Watching the game on TV is just not the same.”

In 2009, noting the visiting Angels’ imminent cross-country flight, Remy and Orsillo began debating whether to pick up luggage at the airport. “Some people get it right away,” Don noted. Below, Kevin Youkilis eyed the mound. Jerry countered that others “go to the hotel and go to bed.” Orsillo conceded that “I have to have my stuff, know my stuff made it. I unpack everything.” Youk fouled away.

“I know that,” Remy dead-panned. “I could care less if my junk makes it. It’s only stuff.”

Luggage dispatched, he lugged on, challenging Orsillo “to a game of ping pong.” Youkilis took a ball. Don gaped, “Now? What are you talking about?” RemDawg: “Right now. I’ll take my paddle”—he waved a hairbrush—“and let’s see your paddle.” Orsillo: “A brush?” Remy: “I don’t think any man in the world has as big a brush as yours.”

Accusing his analyst of “hair-envy,” Don started to fence. At that point, Youkilis tripled to center field, match to be resumed. In 2018, Remy announced he was cancer-free, yet his condition worsened. On August 4, 2021, awaiting treatment, he left the booth for the final time. “As I’ve done before and will continue to do, I will battle this with everything in me,” said the Sox institution. No one doubted the man who as a Voice—it seemed strange to recall it now—above all, made baseball fun.

Remy died October 30, 2021. Twenty-five days earlier, in dire irony, he appeared a final time at Fenway Park to throw out the first pitch to ex-partner Eckersley before the Red Sox-Yankees wild card game. New York as nemesis, Remy’s plight, and Eck on the field, a sterling 20-5 in 1978—all evoked that October, Jerry’s first in Boston. Then and now, the crowd’s din threatened to tear the old joint down.

CURT SMITH is what USA Today calls the “Voice of authority on baseball broadcasting.” His newest book, Memories from the Microphone: A Century of Baseball Broadcasting, was released this fall. He is a former Speechwriter to President George H.W. Bush. Associated Press “Best in New York State” radio commentator, and Senior Lecturer of English at the University of Rochester. Mr. Smith writes twice monthly for Messenger-Post Newspapers.

What a lovely tribute. I remember him coming up as an Angels rookie, with the great trio of Dick Enberg, Don Drysdale, and Dave Niehaus describing his exploits. And it occurs to me: Remy ended up being second only to Joe Castiglione as the longest-tenured Red Sox announcers.