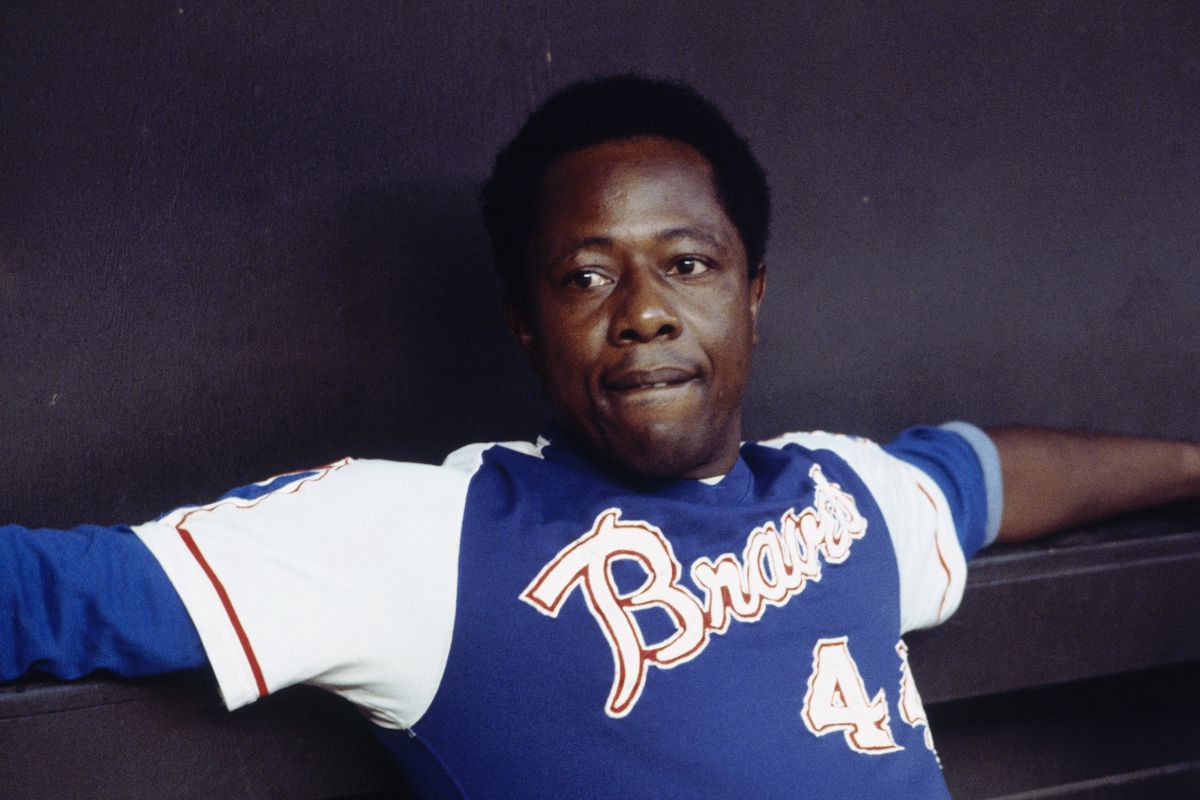 We lost Hank Aaron this week at age 86. Although the bare numbers don’t support it, many still consider him baseball’s all-time home run king. Hank finished his career with 755 ahead of Babe Ruth’s 714. But Barry Bonds had 762, many tainted, hit under a cloud of controversy during baseball’s steroid era.

Memorializing Aaron, Bonds said yesterday, “He is an icon, a legend and a true hero to so many who will forever be missed.”

Hank joined the then Milwaukee Braves in 1954 and hit his first home run off Vic Raschi of the Cardinals on April 23d of that season. In 1972, when Henry walloped his 649th to surpass Willie Mays, the baseball world knew it was just a matter of time.

On September 29, 1973, Aaron tagged number 713, the last of his 40 homers that season. In the months leading up to the 1974 season, baseball and its network television partner NBC knew that history would be made at some imminent point. So the network determined that it would follow Hank until he reached the historic moment.

Teammate Eddie Mathews once said, “I don’t know where Hank Aaron will break Ruth’s record but I can tell you one thing ten years from the day he hits it, three million people will say they were there.”

And so it goes. On April 4th in Cincinnati, Aaron tied Ruth’s record. Mary Brennaman was a rookie broadcaster with the Reds then. Brennaman retired just a couple years ago at the end of the 2019 campaign. Like Curt Gowdy, Milo Hamilton and Vin Scully, Brennaman is a Ford Frick winner, an award bestowed by the Baseball Hall of Fame. Here’s Marty’s home run call of Hank’s shot which tied the Bambino who whacked his 714th in 1935. What a way for Marty to break in!

Then, the big day, April 8th. Curt Gowdy broke into the Big Leagues in 1949 under Hall of Famer Mel Allen with the Yankees. He later became very popular as the Voice of the Red Sox. In the 60s and 70s, there was no network play-by-play voice busier than Gowdy who did Super Bowls, Final Fours and World Series. This is Curt’s call:

In his long career, Hamilton made no bigger a call than Aaron’s 715th. It was simple and to the point. He captured the drama. When I interviewed him decades later, I got the sense that he felt he was baseball’s second greatest announcer ever, behind Vin Scully. Here’s Milo’s call:

Now to what many, me included, consider the best call of Aaron’s record breaker.

In 1974, the Dodgers had a limited number of games on television. Scully was in Atlanta for Dodgers radio. His graphic call was brilliant and it transcended sports. Mind you, this was 47 years ago. Jim Crow laws were still in effect in the South. Aaron was getting death threats from racists. Columnists and beat reporters who tendentiously embraced Aaron’s chase also feared for their lives. Still, Scully opened his heart, joyously telling his audience what the home run meant to the world.

It struck me that the Dodgers also broadcast in Spanish, and I wonder if Jaime Jarrín called it, or it was his partner, Rudy Hoyos; Jerry Doggett did the 3rd and 7th with Vin, as Ernie Johnson did with Milo Hamilton on Braves radio. Which brings me to Milo requesting from management that he take over whenever Aaron came up because he felt that was his role as lead announcer. As it turned out, it was his inning anyway, but then I think of when Russ Hodges gave up his innings to Lon Simmons for his birthday when a Giant… Read more »