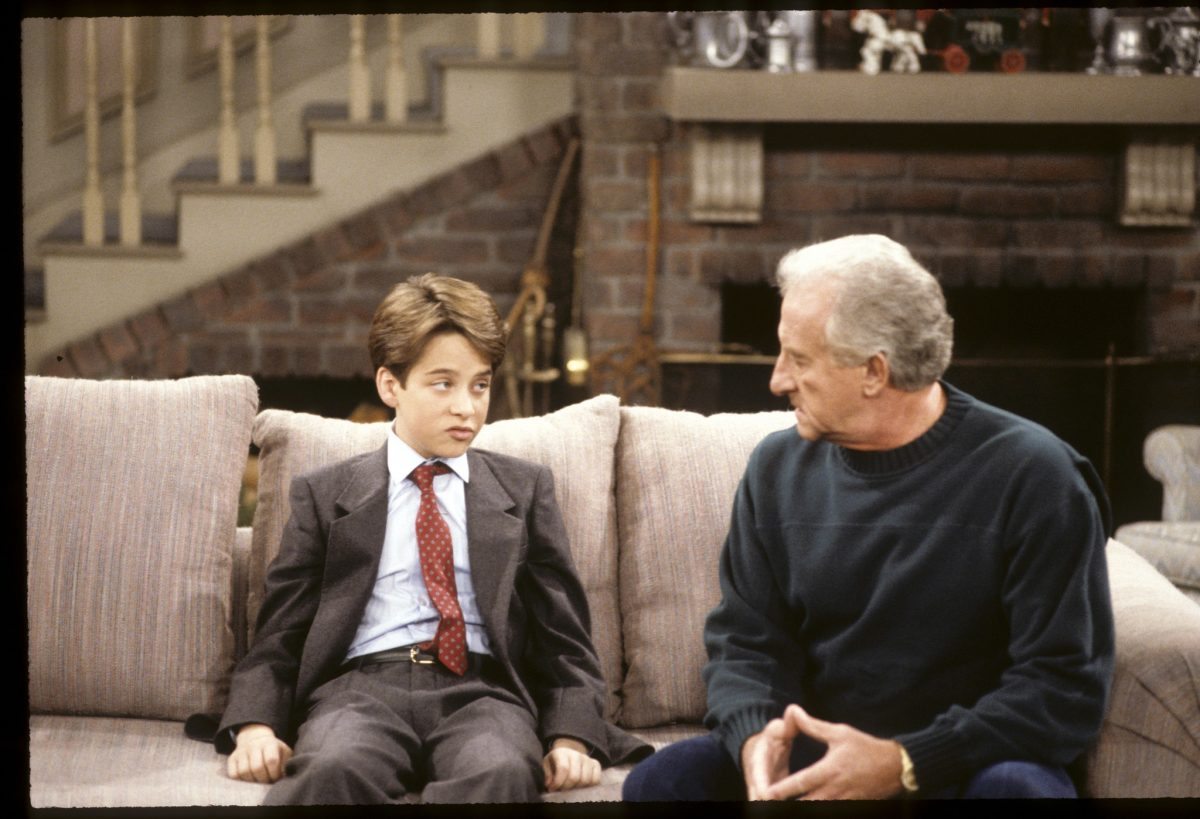 Broadcasting takes confidence and charisma, an individual with conversational and descriptive skills, one who has an ability to grab the attention of an audience and maintain it.

There are also the elements of emotion, storytelling and proper voice qualities.

Sportscaster and Hollywood veteran Ken Levine says that there’s an intersection of requirements that are needed for play-by-play and acting. The two disciplines have common denominators.

And no one would know better than Levine, a screenwriter and producer for many shows and series like the hit sitcoms Cheers and the comedy drama series M*A*S*H and Frasier. Levine has also done play-by-play at the highest of levels, calling baseball games for the Orioles, Mariners and Padres. He’s an Emmy winning writer, producer and director.

During the pandemic this past summer, before baseball found a way to start, Levine took one of the Cheers episodes that he wrote and had it performed by a group of sports announcers. Each announcer was assigned a character in the episode.

Teaming up with the TV voice of the Chicago White Sox and ESPN’s Jason Benetti, the two broadcasters reached out to their network of broadcast colleagues to create a cast for the reenactment. George Wendt, commonly known as Norm from Cheers, also joined in and reprised his part alongside a total of ten sportscasters.

“It was so successful and so much fun that we did a second episode,” said Levine. “I thought everyone in the cast was terrific.”

“I learned that I’m a terrible actor!” Chip Caray, Atlanta Braves television commentator, said. “But what I learned most from the Cheers episode was that it’s most important to have fun. Because if you as a reporter on the scene aren’t having fun, or are bored or want to go home, how can you possibly expect your audience to have fun?”

For Suzyn Waldman, former Broadway actress and New York Yankees radio commentator, she views acting and sportscasting as one in the same, simply on a different stage: “In my 15 years doing Broadway Musicals, I found that even if you don’t feel well, don’t feel like singing and dancing, it doesn’t matter.  You have to find a way to make it work, and make it honest. That’s being a professional.”

Although not everyone in the episode had a background in acting like Waldman, the sportscasters all came out of it with one shared similarity, the belief that developing acting skills is necessary for broadcasting. The Cheers segment showed participants how acting can enhance storytelling and make for a more dramatic narrative on air.

“What I learned most from Ken’s Cheers segment was that he’s not only a great writer but that I have some very talented friends in the business who can not only broadcast sports but can bring-it as character actors as well.” Steve Physioc of the Kansas City Royals said.

Here are our interviews with Levine and a number of the participants.

What was your thought process behind having a group of sportscasters reenact a full episode of Cheers?

I was on a Zoom chat earlier this year with Jason Benetti, who is a good friend and also the TV voice of the Chicago White Sox and ESPN. Just looking for something to do during the pandemic (and this was before baseball had decided to return). We came upon this idea of a Cheers table-reading using only sportscasters. Between the two of us, we had access to just about everybody. I also had access to George Wendt, who played Norm on Cheers, and he agreed to reprise his part. I chose one of our scripts that I felt would give everybody fun stuff to do and we set about casting the sportscasters who best approximated the real actors.  Happily, just about everybody we asked said yes. Then it was just a matter of finding a time everyone was available to record it. We rehearsed it once and then did the recording. Jason put it on YouTube. It was so successful and so much fun we did a second episode.  I thought everyone in the cast was terrific.

Would learning to act help sports announcers enhance their performances on air?  What would they pick up building their acting skills?

Absolutely. Acting helps develop a flair for the dramatic. Acting is storytelling, which is the primary function of a sportscaster. Acting also teaches you to listen, which is key when working with a partner or analyst.

Who are some of the better actors through the years who have done both play-by-play or other sportscasting?

Bob Uecker for one. President Ronald Reagan is another (He did play-by-play recreations early in his career). William Frawley, who played Fred Mertz on I Love Lucy did some sportscasting. He was once up for a job doing play-by-play for the Yankees. Joe Buck has done some acting and is quite good. Terry Bradshaw has appeared in some movies I believe. There are probably others I’m not thinking about. I don’t count sportscasters playing sportscaster.

We spoke with five of the participants about their experiences acting the different roles in the Cheers episode:

Taking an acting class per se can’t hurt, but doing something that is more improv would be a lot more helpful in my opinion, because we have to see and report things in real time, and not simply read off of a script. Yes, if acting or theater or improv or broadcasting opportunities exist take advantage of them! All of them. Don’t be afraid to be bad at first. Make Mistakes! It’s how you get better!

What I learned most from the Cheers episode was that it’s most important to have fun! Because if you as a reporter on the scene are not having fun and aren’t interested, or bored, or wanna go home…how can you possibly expect your audience to be?

No acting classes for me. What you saw on the Cheers Zoom was pure, natural talent. I think it’s a great idea.

While I didn’t take acting classes, I did plenty of goofy school projects that helped me experiment with voices, learned to put pride aside, and be bold about presentation. I still have a tape of a “broadcast” my brother and I did for an Ancient Art History class of mine at Stanford. We imagined what a sports broadcast of a Roman chariot race inside the Circus Maximus would have sounded like, complete with commercials. Despite that, NBC hasn’t called me about helping with the Kentucky Derby.

I learned not to act alongside a true professional like George Wendt! He makes it look easy which is actually a lesson in and of itself. Trying really hard on screen usually doesn’t work well. Gotta be cool.

I have never taken an acting class, but I did act in school plays and musicals in high school (I’m sure they’re still talking about my epic performance as Perchik in Fiddler on the Roof.). I do think it helped develop my broadcasting skills because there is a performance element in sportscasting. And if you get the jitters before going on the air there’s no better training than being on the stage in front of a live audience.

Acting classes can be helpful, but I think it’s even more beneficial to get on a stage as an actor, improv performer, or stand up comedian to get used to being in front of an audience.

I learned that Chip Caray is a great Sam Malone, Suzyn Waldman is an incredible Carla, and Ken Levine is the talented person that I know!

While at Kansas State in the mid-70s as a Radio and Television major, I minored in Speech and Theatre. I did because I thought it would benefit my future career as a play-by-play announcer. I figured anything I could do to get up in front of people and feel comfortable would be extremely valuable.

I participated in a few small plays while at KSU, including playing the part of the Beast in a Reader’s Theatre reading of The Beauty and the Beast. It was a blast and very beneficial.

Ken Levine is a dear friend so when he reached out to me I was thrilled to be part of his project. What I learned most from Ken’s Cheers segment was that he’s not only a great writer but that I have some very talented friends in the business who can not only broadcast sports but can bring it as character actors as well. We had fun. I think being part of a theatre group is extremely helpful for whatever profession one chooses. It’s all about talent, teamwork, and presenting a great story.

In my fifteen years doing Broadway musicals, I found that even if you don’t feel well, don’t feel like singing and dancing, it doesn’t matter. You have to find a way to make it work, and make it honest. That’s being a professional.

There are days in broadcasting when you don’t feel well and you don’t feel like being passionate and energetic. It doesn’t matter. People are depending on YOU to tell them about THEIR team. They want your passion and energy, and you’d better learn how to get that feeling, because that’s your job.  That’s being a professional.

It’s easier in theater, because you know where you are in the script.

But to me, acting and sportscasting? Same profession—different stage.

I regularly read Mr. Levine’s blog and have his book on his year with the Orioles so I’m a big fan–and not just of his TV episodes. One of his idols, and mine, is Vin Scully, and when I was eight I wrote to him asking how to become a broadcaster. He advised majoring in English in college and taking speech classes. So maybe a little drama, indeed!