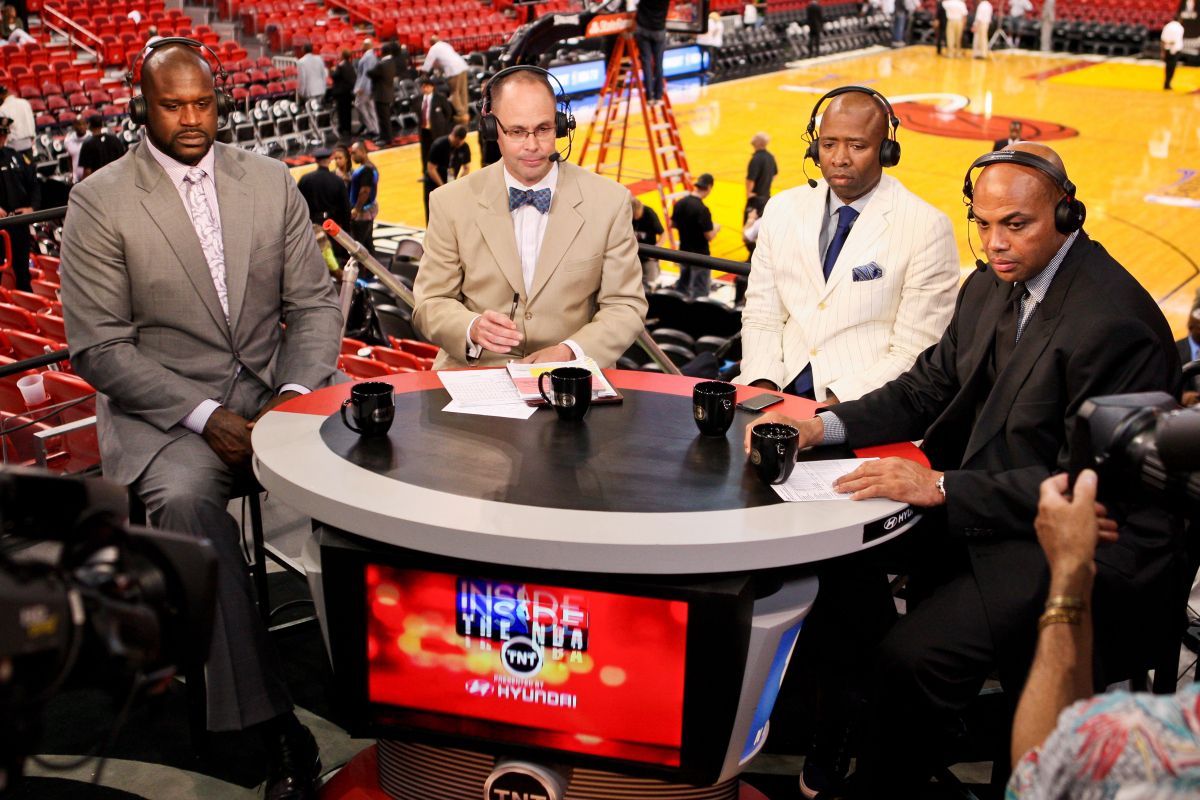 They've been around and they get around, Shaq, Ernie, Kenny and Chuck. Inside the NBA is being honored by the Naismith Hall of Fame

The Naismith Hall of Fame is apparently addressing the difficult challenge it’s faced for years, little inventory for awards and lots of candidates to consider.

Serving as custodians of basketball’s treasured history and as overseers of enshrinement and an assortment of honors, the Hall functions autonomously, independent of both the NBA and the NCAA.The folks who run the Hall are the guardians of a glittering trove of success, those men and women who sparkled as amateurs, collegians, pros and international players.

The Hall’s mandate is to preserve and celebrate basketball. It sets the rules of entry, structures the menu of annual awards and determines the requirements for admission. Management and unnamed committees are responsible for selecting the best of the best; be it players, coaches, contributors and accomplished media members.

After years of awarding two Gowdy Media Awards, the Hall’s management finally concluded that it needs more to celebrate the esteemed.

There are tens of sportscasters and sportswriters who merit consideration across the professional and collegiate landscape. Brent Musburger who did a combination of twelve NBA title series and Final Fours on network television is missing and uncomfortably so, from the roll of the winners! The Gowdy started in 1990.

Chairman Jerry Colangelo and President John Doleva, particularly the former, call many of the shots. They’ve also heard the complaints.

Recently, the largest industry group of broadcasters and sportswriters, The National Sports Media Association requested of the Hall that its selection process be fully transparent. In a written letter to both Colangelo and Doleva the NSMA, a sixty year organization made up of hundreds of sportswriters and sportscasters nationwide, expressed concern on behalf of its membership.

The Hall says that it has a committee that selects each year’s winners but it repeatedly has refused to name the members. Unlike baseball’s Hall, the criteria to qualify is not made public either.

Well, the Hall might be starting to see the light!

Just last week when it released the winners of the 2020 Gowdy Awards, Mike Breen for broadcasting and Michael Wilbon for sportswriting, it also announced two new honors, the Transformative Media Award and the Media Insight Award.

According to the Hall, “The transformative honors an individual or organization that has dramatically changed the format, presentation or enjoyment of the coverage of basketball through the use of traditional and emerging media.” The initial award went to TNT’s Inside the NBA featuring Ernie Johnson, Charles Barkley, Shaquille O’Neal and Kenny Smith.

Honoring the entire set in one swoop is smart. While each on-air member contributes greatly, Inside the NBA is about the whole not the parts. The show has won nine Emmys. The offbeat, eccentric and unorthodox humor are what make the show a fun watch. Like the games that precede or follow Inside the NBA, the show is unpredictable.

Inside the NBA members disparage and mock others equally, whether across their own set or through all of basketball. The Hall couldn’t have made a better first selection to inaugurate the award.

The Hall dubbed the second new award, the Media Insight Award which it says, “honors an individual or organization that has consistently probed into salient issues and brought a unique, provoking and non-traditional perspective to fans, participants and consumers of sporting news.”

The Hall’s definitions of the two awards are broad enough, making either one somewhat fungible. But it’s way too soon to project whether these two will in any way satisfy the clamoring for progress to recognize the best of the best of mainstream voices, those who call and analyze games on TV or radio season after season.

Still, it’s some movement, the first in thirty years! Broadcasters can only hope it’s the beginning of a more inclusive process.

While the news is encouraging, identifying Jim Gray as a model first-time winner is baffling. The HOF’s press release profiles Jim as one who, “has over 40 years of broadcasting experience, and is perhaps most renowned for his unique, probing style of interviews across many sports.”

True. But let’s take a quick look at what defines Jim Gray’s contribution to basketball broadcasting. Remember, the infamous Decision which he helped broker and then hosted on ESPN.

For those who might have forgotten, LeBron James became a free agent in 2010 leaving his hometown Cleveland Cavaliers’ fans dispirited. He then went through a prolonged and agonizing period of deliberation before announcing his plans in a pre-planned primetime show on ESPN. The whole production turned into a regrettable fiasco after which LeBron himself said, “If I had to go back on it, I probably would do it a little bit different.”

The show aired at 9 pm on July 8, 2010. Gray opened the ballyhooed program and presided for an eternity over what struck many as no more than an infomercial for LeBron’s resume. With millions watching, Gray painfully interacted with LeBron until 9:28, at which point he finally posed the big question to LeBron. James then famously answered, “I’m going to take my talents to South Beach and join the Miami Heat.”

In early 2010, my top-50 of all-time network television broadcasters appeared on Yahoo Sports. I included Gray at number #49. Jim’s not the most popular of broadcasters, either among his peers or viewers. He’s on network radio today in part because he brings a paid sponsor with him.

Still, in early 2010, he was one of the few sideliners who wasn’t afraid to pose bold questions. But The Decision demonstrated to many that he’s self-serving and that his own decisions are myopic and misguided.

Not to say that’s Gray is incapable of landing a headline interview. He is. But as an inaugural model, why would the revered Hall embrace him? It’s puzzling.

There are so many other candidates who meet the Hall’s qualification of, “has consistently probed into salient issues.” For starters, how about ESPN’s Outside the Lines? How about Jeremy Schaap, Bob Ley, Bryant Gumbel, Bill Rhoden or even Stephen A. Smith? I’m not suggesting either one. But Jim Gray?