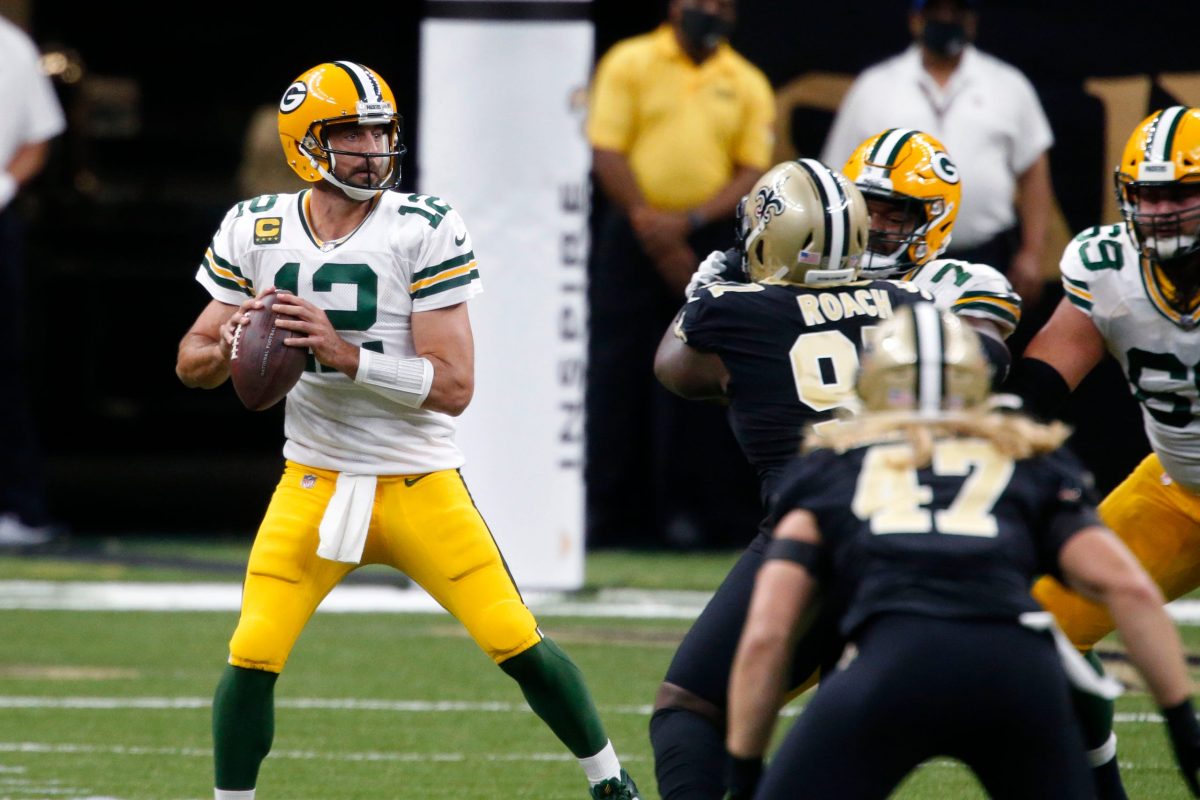 On Sunday, the capable Mike Tirico filled in for network icon Al Michaels on NBC’s coverage of Packers-Saints. Green Bay won in New Orleans 37-30. Al gets three more off-nights this season. Michaels will be back next Sunday and for the next eight until Thanksgiving. Tirico was joined by SNF staple Cris Colinsworth.

What I expected to hear

Collinsworth holds the hand of the casual viewer

From broadcast critic N. Donald Hale on Tirico and Collinsworth:

From our side of the curtain, Tirico shows an instant rapport to his broadcast partner. Good chemistry with Collinsworth, still among my favorite analysts for his unbending willingness to tell it like it is.

I’d like to hear him (Mike) tone down the excitability level just a little, but then again, I’m still living in the Way Back Machine: Ray Scott, Pat Summerall, even Curt Gowdy. They were able to convey game drama without being dramatic themselves. Economy of words, a lost art. Gowdy was the gabbiest of that trio, but today he’d be considered understated. Joe Buck is closest to the WayBacks.

Tirico boasts an ability to host from a studio and work in a play-by-play booth. Still lacks a definitive style, but that fits today’s homogenized lineup of sports announcers (except perhaps Kevin Harlan).

His voice also pierces through the din.