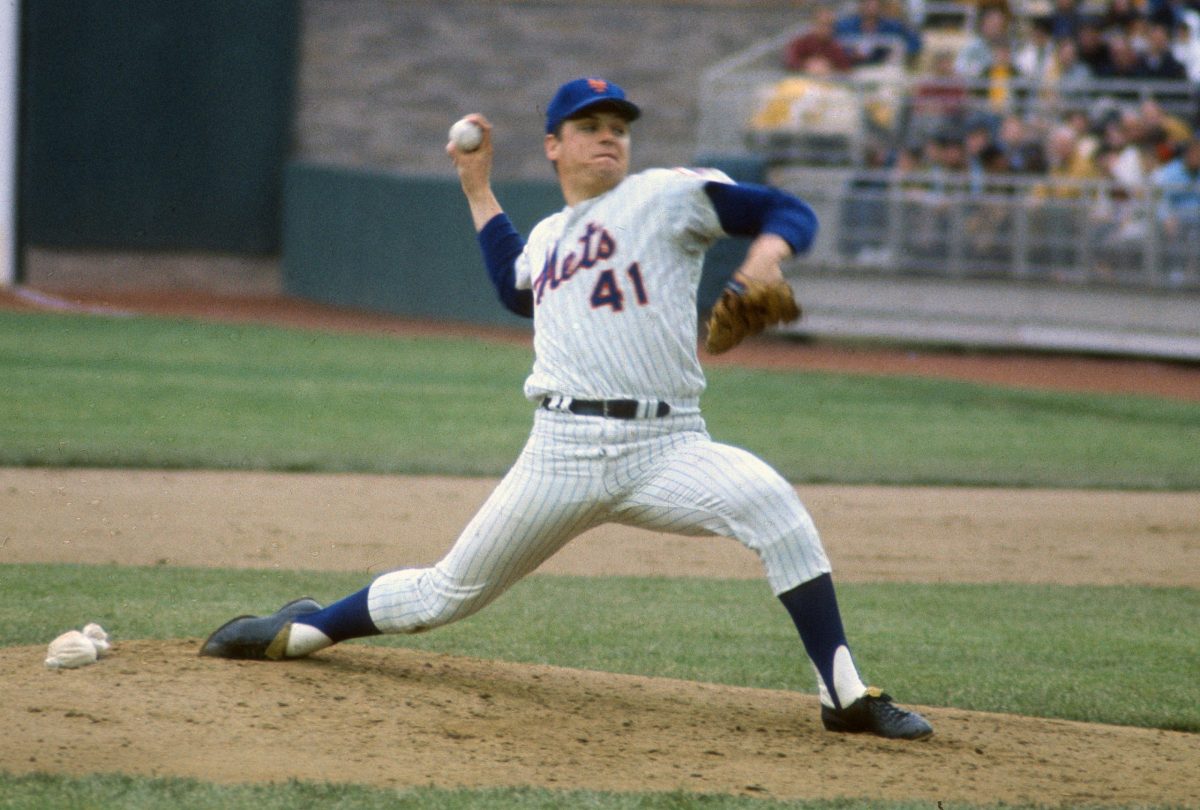 Last week, the sports world mourned the loss of Tom Seaver, one of the greatest pitchers in the history of Major League Baseball. Seaver is best remembered for his time with the New York Mets, where he played an instrumental role in the team’s 1969 World Series Victory.

While Seaver’s accomplishments on the field will always speak for themselves, members of the media commemorated the life of Tom Terrific by reminding fans that there was more to the 12-time All-Star than met the eye. It’s no secret that Seaver wasn’t the biggest fan of fame, but those that knew him best remember a loving, friendly, and dedicated man.

In a column published by WCBS Radio 880, Mets radio play-by-play announcer Howie Rose spoke of his admiration for Tom Seaver. Rose knows the history of the Mets as well as anyone.

“There was a way he went about his business on the mound that basically defined professionalism. Watching the way Seaver went about his business for a bad ball club when he came up in 1967 and never displaying any emotion, never betraying the trust or confidence of his teammates was something that, if you paid attention to, was impossible not to absorb and I felt that anybody who watched Tom perform would take things like that from him and just make them better at what they do, even as amateurs.”

Rose was also among many members of the media who painted a loving picture of Seaver.

“He was a rip to be around. He had a whimsical side to him that was always looking for the joke. He was always willing to remind you, quite playfully, that he was a Hall of Famer. I mean, God forbid you should pat him on the shoulder, he’d turn around and say, ‘Where does it say you get to touch the Hall of Famer?’ and you’d break into a big laugh because that was him.”

The longtime head of public relations for the Mets reflected on his friendship and time working with Seaver.

“The first time I met Tom Seaver, I ruined a brand new suit. It was Spring Training, 1983, and the scene was the Mets training room at the old Huggins-Stengel Field House in St. Petersburg, Florida. Tom was sitting in a hot tub.

“We had just reacquired him from the Reds, and I was trying to introduce myself. I was nervous to say the least. ‘Mr. Seaver,’ I remember saying. ‘I’m Jay Horwitz, the Mets P.R. person and I look forward to working with you.’

“Tom asked me to move closer to the hot tub, because he couldn’t hear me. He then proceeded to put the hose from the whirlpool down my suit pants. I literally got drenched as we had a five minute conversation. That was the start of a beautiful friendship.

“It was an honor for me to have known Tom. He had a devilish sense of humor, loved his family and was devoted to the Mets. I am proud to have been his friend.”

Members of the media also commemorated Seaver’s days as a broadcaster. Seaver called playoff games for NBC and ABC while he was still in the majors. He then went on to serve as the color commentator for both the Yankees (‘89-‘93) and Mets (‘99-‘05) after his retirement from baseball.

“He grew exponentially over time into a very good broadcaster. Tom applied the same dedication he had for baseball to broadcasting. He had a desire to learn and that served him well. He didn’t want to be second best at anything.”

Similar to Rose and Horwitz, Filippelli spoke about the side of Seaver than fans rarely got to see.

“Tom hated being famous, I saw him spend 20 minutes telling someone why he wouldn’t sign an autograph when he could have easily just signed in 20 seconds. That was just Tom. He felt he had to explain himself. Sometimes, Tom got a bad rap, but if you could crack that veneer you couldn’t find a better guy in life.”

In an emotional pregame tribute, Mets play-by-play announcer Gary Cohen recalled what it meant to him to watch Seaver as a young kid.

“He was a beacon, and I think that’s the most notable thing. I was nine years old when Tom Seaver joined the Mets in 1967, he took a franchise that was only known for losing and almost overnight and changed the equation, just through the force of his will, talent, preparation, and intelligence.

All I could think about was my childhood and the childhood of so many other Met fans for whom Tom Seaver represented the best of those years. Somebody that we could look to as a hero. There aren’t many heroes left in the world, Tom Seaver was a hero.”

The former Mets pitcher and current SNY color commentator also spoke on what Seaver’s leadership meant to him as a young player:

“When I first was called up to the Major Leagues, the biggest star that ever played for the Mets would ask me to play crossword puzzles, bridge, and asked me to dinner on the road and to his home. You don’t know what that meant to someone like me who’s an oldest kid, never had a big brother, it was just a fantastic feeling.”

“He had an unbelievable boyish charm, he was an unbelievable prankster also. My first thought yesterday when I heard the news was incredible sadness, tears, all of those things, then after that a lightness, a smile, because boy, talk about a life well-led. It doesn’t get any better.”

Vin Scully called him the greatest right-handed pitcher he has ever seen. I suspect Bob Gibson is ready to attack Vin over that one! But Vin also worked with Seaver on the 1989 Game of the Week and NLCS and All-Star Game (as well as working with Gibson on radio for the NLCS for a couple of years in the early 1970s).