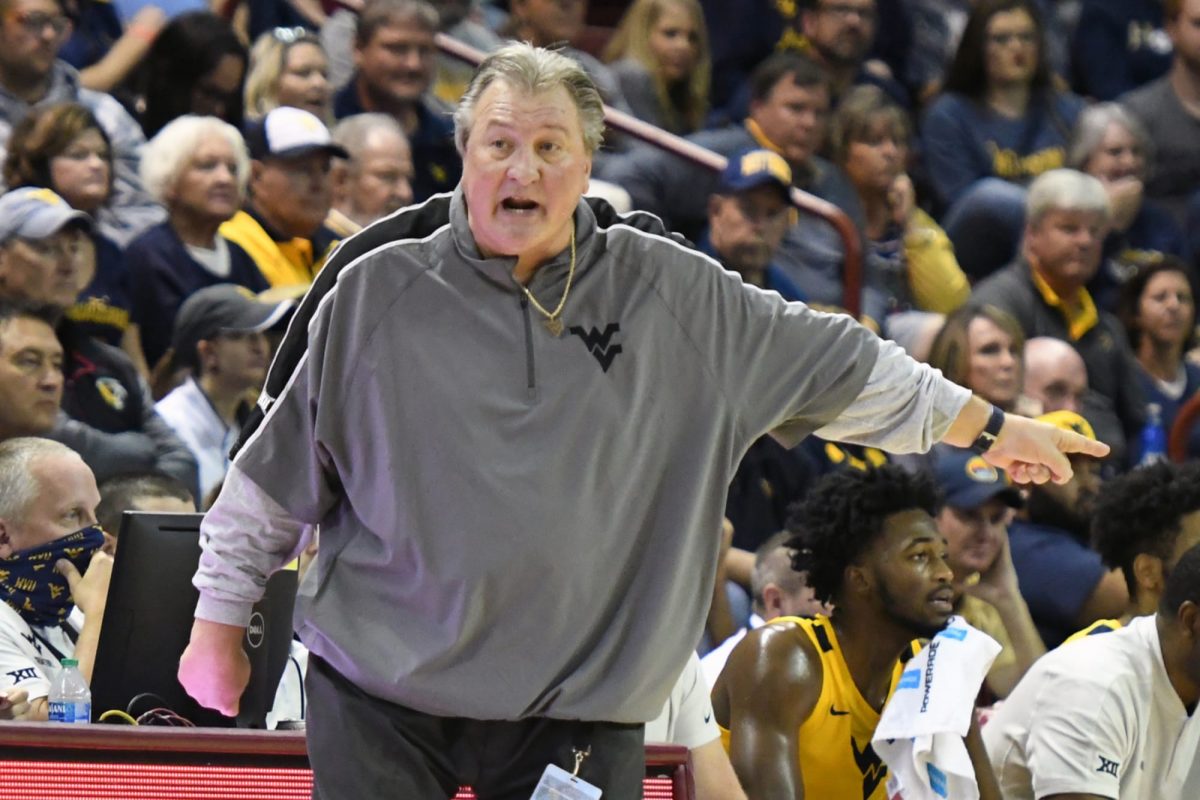 He was truly a bear on the sidelines.

And officials had to turn a deaf ear from his rants.

Yes, he is Bob Huggins who will be inducted into the Naismith Memorial Basketball Hall of Fame – on Friday. Jerry West and Rod Thorn will be presenting the class of 2022 which includes Huggins  West was enshrined 1980. Thorn was recognized in 2018. Jerry and Rod, like Huggins, are connected with UWV.

And it took Bill Koch to expose it in his recent book, aptly entitled, HUGGS. Koch, a Cincy native and a UC 1977 graduate covered athletics there for the now-defunct Cincinnati Post and The Cincinnati Enquirer. He was also a featured columnist for The Post.

The head basketball coach at West Virginia University since 2007, Huggins is one of only six coaches to earn more than 900 victories. He enters this season with 916; at Walsh, Akron, Cincinnati, Kansas State and with the Mountaineers. But it was Koch who talked to his former players, discussing what it was like to play for a man who became a Hall of Fame coach.

“After conducing the first few interviews for the book,” he said, “I had a decision to make; should I quote the actual language the players used in discussing their memories of Bob Huggins, including the language they remember hearing from him, or should I clean it up?”

Koch used the language, as it related to him. “I was the only honest way to present Huggins and his players,” he said.

The guard Nick Van Exel played 13 seasons with seven teams in the NBA, but the toughest practice he ever experienced during his first year playing for Huggins at Cincinnati occurred during the 1991-92 season. After starting the season with seven consecutive wins – Huggins’ third year at the university – the Bearcats faced one with number one ranked Michigan State in East Lansing. They led, 68-50 with 12:30 to play, but Michigan State came back to win, 90-89.

After the game, the same Bob Huggins who Van Exel thought “was a real cool, calm, collected kind of guy” during the recruiting process, wasn’t so calm and collected in the locker room.

The game was played December 21st, and in the post-game interview he told an Associated Press reporter: “I hope my guys have a miserable Christmas. Maybe then we’ll be able to play for 40 hard minutes instead of only 35.”

Van Exel said, “he went ape-sh—in the locker room. He broke his watch, hit the chalkboard with his watch, was spitting all over the place, started turning purple!”

Van Exel says that those next few weeks were really tough for him. “I had to earn my stripes. But he made me a better player. He wanted you to do things perfect.” One tings Van Exel – and other former players – said is they learned from Huggins was that he could go crazy on you between the lines, but anytime you went into his office you didn’t even talk about basketball. You didn’t talk about practice or how he yelled and screamed at you, unless he had a meeting with you about it. He was good at separating the two.

Perhaps the best image of Huggins was shown to a national television audience. The image of West Virginia senior forward Da’Sean Butler lying on the floor at Lucas Oil Stadium in Indianapolis on April 3, 2010 – pain etched on his face and his eyes filled with tears after a collision with Duke center Brian Zoubek in the Final Four. Huggins leaned over him, his right hand gently cupping Butler’s head as he consoled him. He then bent over to talk softly in his ear letting him know everything was going to be OK.

Butler had torn his ACL, and that basically ended the Mountaineers’ NCAA run. A different picture – thanks to Koch – of the screamer.

Bob Huggins has been to 24 total NCAA Tournaments, including 23 in the last 26 seasons. He has led his teams to nine Sweet Sixteen appearances, four Elite Eight appearances and two Final Four appearances (1992 with Cincinnati and 2010 with West Virginia).

He’s the second coach to win 300 games at two different schools. But the man who players and officials feared on the court – is truly nothing more than a Huggy Bear off it.

Bob Huggins, you’ve been exposed, thanks to Bill Koch.