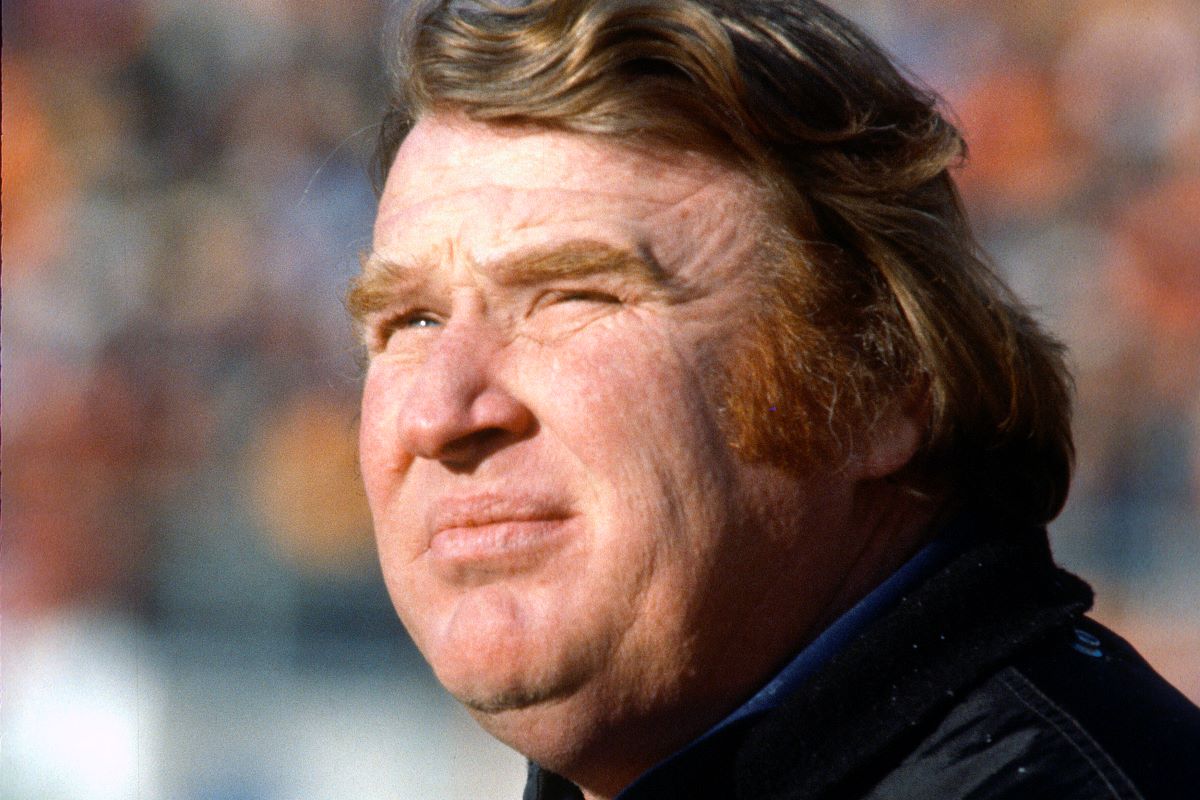 John Madden had a tremendous influence on pro football as a broadcaster, influencing the invention of the telestrator, Friday meetings with coaches and key players and even the yellow first-down line. But most of all, he made us all feel like he was in our living room talking directly to us.

I was one of the lucky ones who got to know John Madden before he was the megastar he would become. I was 30 trying to break into television and he was 40 and had already won a Super Bowl. I met him on a plane (of all places) on the way to Hawaii in February of 1977. I was working for an ABC Sports series called “The Superstars.”

The final show of the year featured the “Superteams” from the World Series and Super Bowl. The chartered flight left New York with Yankees like Lou Pinella and Thurman Munson. Next stop was Cincinnati where we picked up Johnny Bench and the Reds. After that it was the Minnesota Vikings and the last stop was Oakland where we picked up the Raiders. Madden and I sat across from each other on the first row. Halfway through the flight the Raiders’ madcap linebacker, Ted Hendricks, came over and said, “You know Rich, there are so many famous players on this plane, that if it ever went down it would take your mother a week before she’d ever know you were on it.” We all had a good laugh and when we got to Hawaii every night John and I would meet on the front porch of our hotel and talk football until midnight or later.

Later that year I joined CBS Sports as the writer for The NFL Today and CBS Sports Spectacular. Madden retired from coaching two years later and discovered he didn’t know what to do with himself on Sundays. The following year he accepted an offer from CBS and I was thrilled. We hung out together at places like Elmer’s Steakhouse  with Jimmy The Greek, and Runyon’s to watch Monday Night Football (see photo). 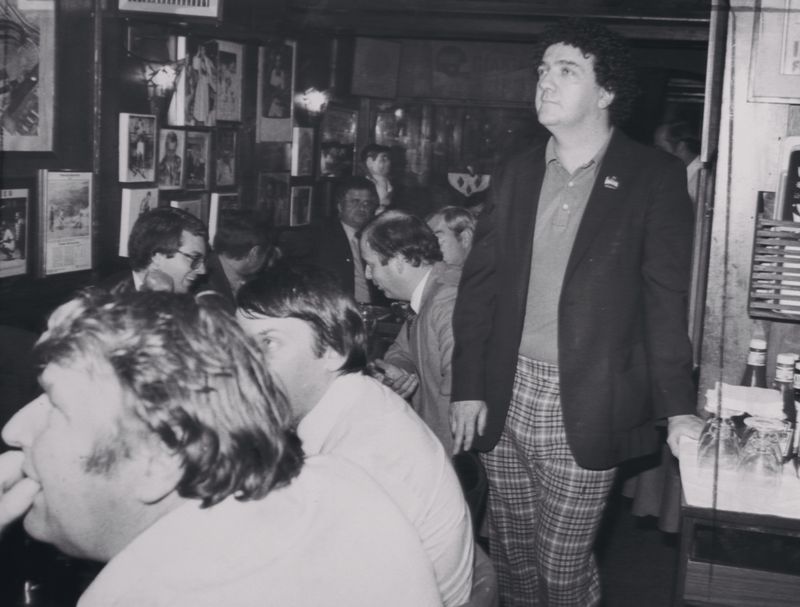 Runyon’s, December 8, 1980. Madden seated in the fore, Podolsky to his right and Joe Healey standing behind them.

I traveled with him to Tampa for a game, and at breakfast Sunday morning he spotted the officials for the game at a nearby table. Without a second thought, like a little kid, he started yelling, kiddingly at the refs, and then he took the yellow cloth napkins from our table, pretended they were penalty flags, and began throwing them at them.

John was striking a chord with the public and he improved so much from game to game that it was becoming obvious that he would have the “A” game the next year. The public could see how much John loved the game and he brought that joy into his broadcast, especially through the telestrator, which was invented at his request.

He was always his own man. During that first year the top executives at the NFL invited him to lunch. Afterward he came back to my office and closed the door. “They think they’re going to get me to be their puppet,” he said. “That will never happen.” Another time we were watching a game when the picture zoomed in on some crazies in the stands. “I’ll never comment,” he said, “when they show something like that that’s not pertaining to the game.”

He loved meeting people and always wanted to sit in the hotel lobby before a game meeting strangers and finding out what made America tick. And he was always inclusive.

In his first year at CBS I got him on the “Tomorrow” Show with Tom Snyder. I sat silently in the Green Room with Madeline Kahn while John jumped up imitating a referee. Snyder didn’t know what to make of him. Kahn broke our silence and asked me, “You’re with this crazy guy?” After the 5:30 p.m. taping he took me with him to a Miller Lite party at Tavern on the Green where Rodney Dangerfield and Bob Uecker made us laugh for hours.

Another time, during Super Bowl week in January of 1981 in L.A. he had me join him at Hernando’s Lounge in the Beverly Wilshire hotel where he was meeting his boyhood pal John Robinson. This was the room where Phyllis George first met John Y. Brown before Howard Cosell interrupted them. We had an empty seat at our table and for the next two hours celebrities kept popping over to meet him.

It was quite a ride knowing John Madden in his early broadcast days. I will always treasure that friendship.

Rich…like many I have read since John Madden’s passing, another great example and insight into what a great person he was. He certainly made watching football, especially on CBS not only insightful, entertaining but a must. One could say that the game Madden and Summerall covered was indeed the game of week and even bigger then MNF during their time together. On a side note…purchased your book a month ago and what a great read it is. Excellent job on the book. Learning about all the inside stuff that went on at CBS on the NFL Today was great. Watched… Read more »