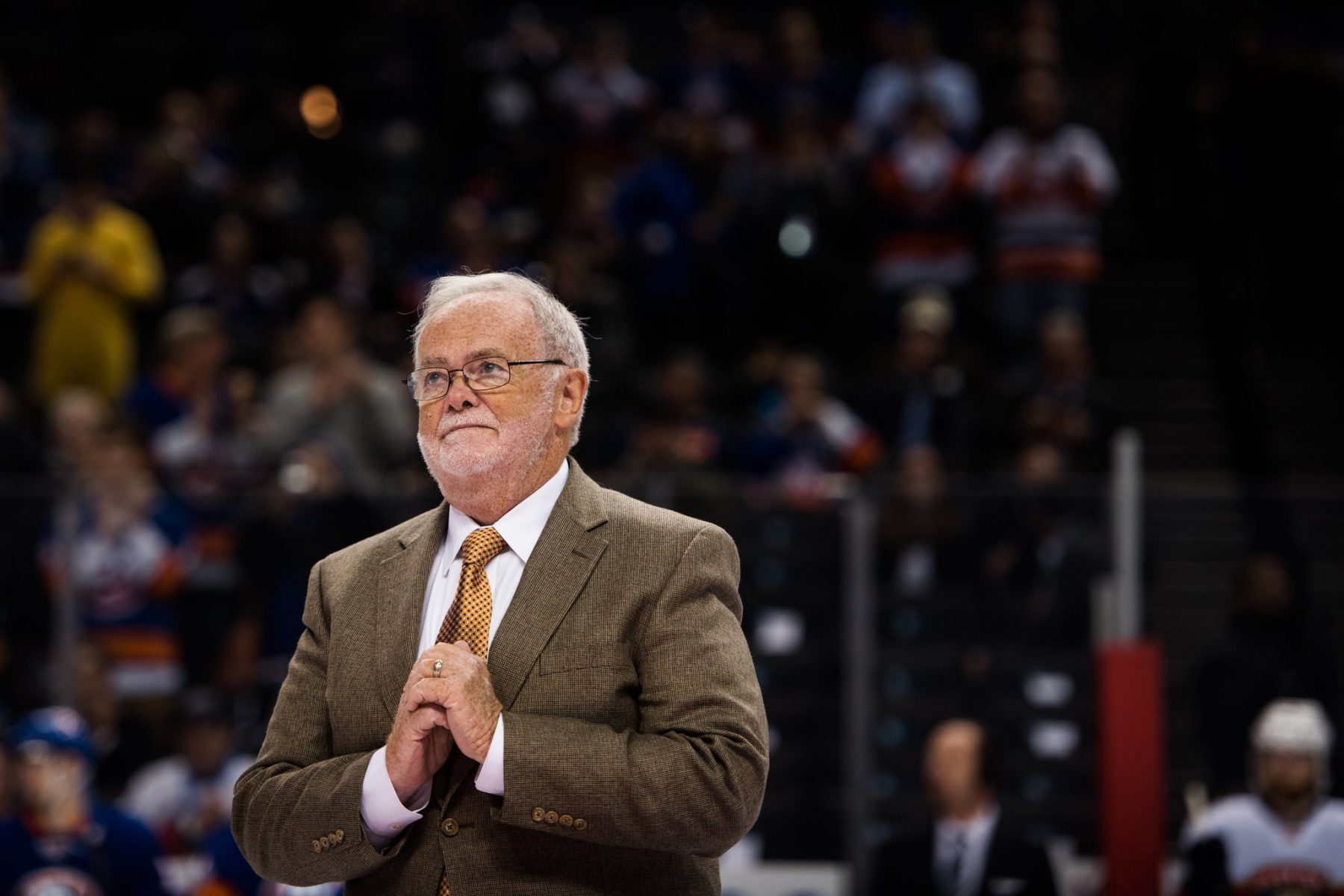 The National Hockey League moved from six members to twelve, in one blitzing season, 1967-68. That long-ago winter, Jigs McDonald began to grow up fast. Over the next 55 seasons, he put his fingerprints on lots of NHL territory; Isles, Kings, Flames, Toronto, Florida and non-linear TV networks.

There are now 32 NHL teams. The days of the Original Six are no more than thinning memories. Through the last 55 seasons, Jigs played roles in Los Angeles, Atlanta, the Islanders and Toronto. He did some national work too.

Under the ownership of Canadian Jack Kent Cooke, McDonald, an Ontarian, crossed borders to Southern California. The two men connected at the hips with what was the beginning of the NHL’s Western expansion.

The ‘Original Six’ turned into the modernized twelve that first season. The NHL now spanned coast to coast for the first time. In ’67 too, the Seals moved into the Bay Area. There, the mellifluous voiced Tim Ryan was given the reins. A year later in 1968, a gentleman named Dan Kelly arrived in St. Louis to call the NHL. You can include Dan, Jiggs and Tim on any top network hockey sports list today.

We caught up with McDonald. At 83, his throat is still in fine fettle, sounding good and hale.

You and Tim Ryan have something in common. You both worked for the Islanders. How did it eventuate from your perspective? 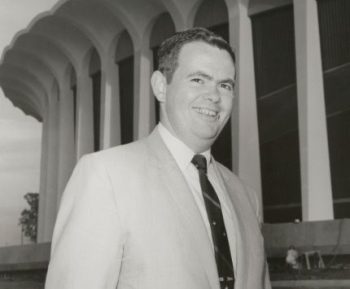 I applied only to the Kings – being familiar with Jack Kent Cooke’s track record in Canadian radio. I felt he’d be successful with NHL hockey. When he asked for another audition tape, the excitement started to grow…the possibilities etc. Then in prep for Feb in ’67 when we met in person at the Royal York (Hotel) in Toronto, he asked if I could incorporate a few things into the broadcast and get another tape to him. In March I was hired – – then, we needed the necessary U.S. Immigration papers that were required. We were up against a deadline.  As I recall- he had around 120 auditions that he had to process. I wasn’t cleared to work in the U.S. till late September (during our first training camp)

The NHL was new in LA in 1967 and you had a challenge out there. The league competed with the sunshine of LA. The ‘Original Six’ was a matter of history by point. Owner Jack Kent Cooke was considered  a cheapskate. What were those early years like?

Let’s just say … it was a major test.  He was a controlling owner… Ed Fitkin (onetime Canadian sportswriter) and I would meet in his office before every home game to determine how we could better sell the team and the game that evening. We only televised 15 to 20 road games (simulcasts)  I felt, and have often said, I was doing Missionary work for the NHL and the game of hockey. Mr. Cooke never had more than $5 in his pockets at any time. He said he’d never fly first class…too expensive – but would sit in the first row behind first. Telephone calls were too expensive … put a stamp on an envelope and mail it. All correspondence seemed to have several people copied on it too. (McDonald, in front of old Forum in LA, defined by columns above)

What role did Chick Hearn play in your early career in LA? Cooke owned both the Lakers and Kings?

Reportedly, Chick had a major role in deciding which of the audition tapes should be reviewed over and over. We were together in several meetings on how to best promote the Fabulous Forum … and Mr. Cooke asked that I develop key or personal phrases ala Chick… but, we never sat and discussed on our approaches to play-by-play.

You’ve had a marvelous career, half a century; Kings, Flames, Islanders, Leafs, Florida and some network assignments too. Which stretch did you enjoy most? That’s 55 years.

There’s nothing like being with a winner in the number one-market in the U.S.,  those Stanley Cup years with the Islanders and beyond, years that included 3 winter Olympics, SportsChannel America, etc. They were the most enjoyable times. From a cost of living or ease of lifestyle – the 8 years living in the Atlanta suburbs were very special for our young family.

You still work games occasionally. For a number of reasons, the way the game is televised and called has changed. There’s the score bug, the time of game remaining is available on the screen. Sometimes, three voices together. What does it do for a play-by-player like yourself?

The 3 person booth or telecast is something a play-by-play person has to adjust to. Is he or she, getting a flow going – then, to have it interrupted and then have to pick up the pace is a challenge. The addition of graphics showing, how much time left on a power play, speed of shot ..can be questioned…. can a viewer – especially, a casual viewer, read all that and watch the play too? Quite often the viewer has the game on, but is not glued to the screen..so how much of that info does the play-by-play person pass along. The best approach might be to just identify the player that has the puck or who was just knocked down etc.

Some announcers economize on their play-by-play. Others are talkative, like Mike Emrick. What are your thoughts?

I probably covered that with the above answer…  those of us who had to do simulcasts probably have difficulty backing off a full radio type call. Less is best… let it breath …   you don’t have to go wall-to-wall…

Who was your favorite voice growing up?

The man’s name was NORM MARSHALL at CHML in Hamilton, Ontario. His play-by-play of the Junior hockey team or the CFL Tiger Cats was superb. I tried to do it the way Norm would do it, when I got my first call opportunity in Canadian radio.

Who are your top three NHL announcers ever?

Who are the top three today?