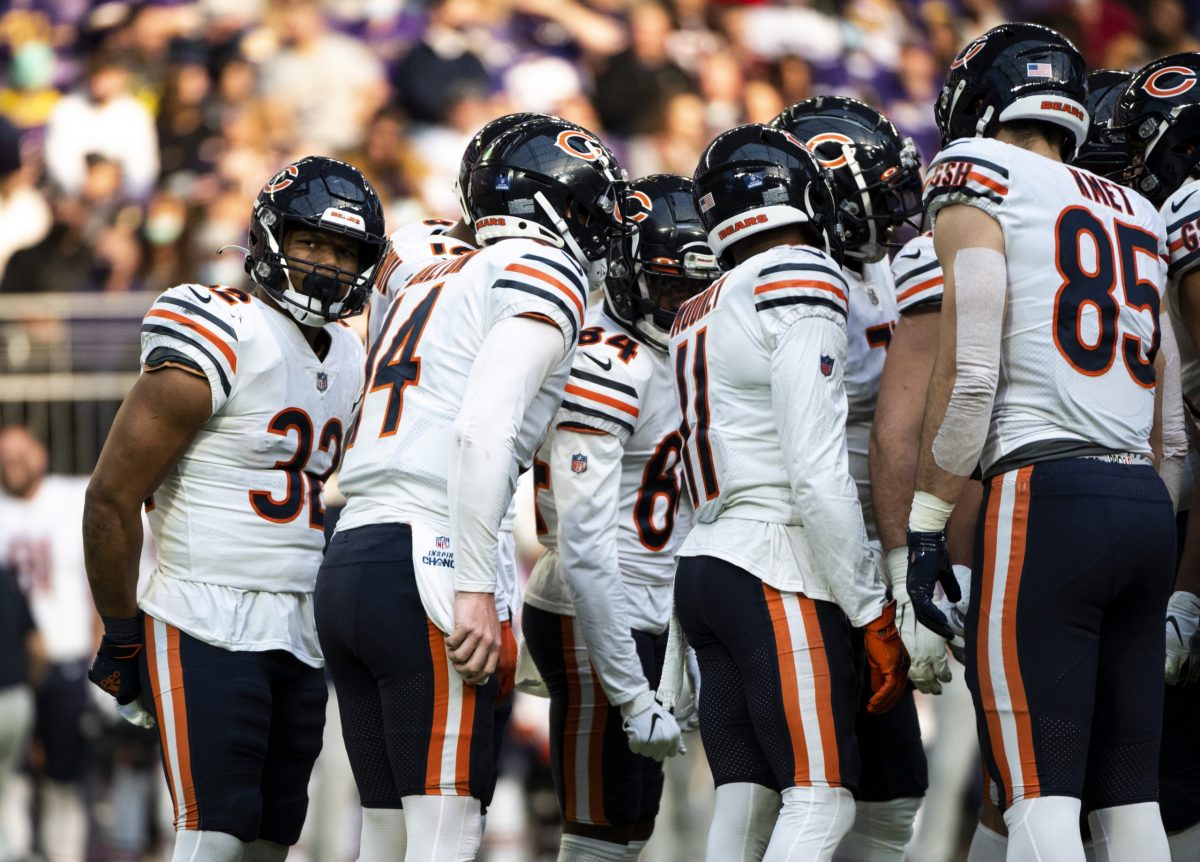 They have their shares of facilities: Chicago and Soldier Stadium, plus Wrigley Field and more. It’s a vibrant town and a magnificent skyline, a full city of stories, of history and a grand tradition.

Think of baseball broadcasting in Chicago. In the 1920s and 30s, the names, Hal Totten and Pat Flanagan, were big. Home games were live on radio and the ones on the road were recreated from the studios. Jack Brickhouse and Bob Elson became affiliated with the Cubs and Sox. Popular play-by-players like Vince Lloyd, Lou Boudreau, Burt Wilson, Harry Caray, Hawk Harrelson and Pat Hughes.

The late Brickhouse himself was very connected with the Bears for many years. Only Jeff Joniak is closer. Yes, it’s July and before you know it Jeff will be calling games. What we might have allowed to creep up on us is this is Jeff’s 22nd season. So let’s visit with him.

You’ve called Bears’ games on radio for 22 seasons. Only the legendary Jack Brickhouse did it longer, 24 years. How long is your bond with Bears?

I started working on the Bears broadcasts in 1997 as pregame host/reporter, and in 2001 started calling the games themselves. Fortunately, the Bears were an exciting 13-and-3 division winner that season before losing in the first round of the playoffs at old Soldier Field.  I am humbled by it all. It is an honor and a privilege to be in this position for more than two decades. Legendary announcers like Mr. Brickhouse connected with the city’s fans in a unique and impactful way and we all do it/have done it differently and uniquely. By virtue of Chicago being a Bears’ town, the visibility and attention that comes with it. There is no shortage of Bears’ related programs, speaking engagements, requests, and interactions to keep me being busy. 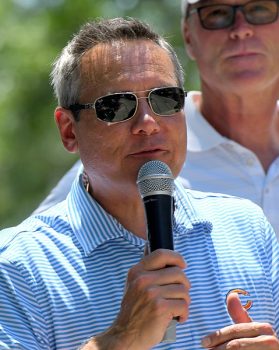 You do lots more than just play-play-by-play. There are other tentacles. Give us an idea of your other Bears’ responsibilities please?

Well, my day job is afternoon, sports anchor and Director of Sports Operations at WBBM Radio, the flagship of the Bears Radio Network. We do a three-hour pregame show and a three-hour postgame, of which I host the first hour of each. I am also one of the co-hosts of the two live, half-hour television shows on game-days, that require a feature interview, recorded during the week. There are also Bears’ related responsibilities for WBBM’s web and social media platforms and a separate one for the Bears web and social platforms. Throw in sponsor events, specials, talk show appearances, and charity events and it’s a full slate. (Jeff Joniak, left)

Did you ever do games elsewhere?

I did some analysis work for Loyola University basketball broadcasts. I began by by practicing, calling games into a tape recorder for many years, but definitely was inexperienced when the Bears and WBBM gave me the chance of a lifetime. Prior to working on the Bears broadcasts, I assisted on the Bulls broadcasts in the Jordan era – during those great championship runs, and that gave me some long-form announcing experience. I have also called a handful of Chicago Cubs games filling in for the great Pat Hughes, and that was a rush. I have the utmost respect for baseball play-by-play announcers. I have had the good fortune to work in sports city since 1984 and my experiences have been unforgettable. They’ll resonate forever.

You’ll likely answer his answer tendentiously. Which team in Chicago is most popular?

(Laughing) You will not get too many arguments on this one. The Bears!! It’s a football crazy town and I love it. The fans in this town are honestly passionate about the Cubs, Sox, Bulls, and Blackhawks, and when everyone’s winning or competitive, the town explodes. It’s a great place to be.

Are you a rhythm broadcaster like a Wayne Larrivee or conversational if not choppy one like Brent Musburger?

I am definitely not controversial. I worked with Wayne for two seasons before he left for Green Bay and I learned a lot from him. I am more a rhythm broadcaster and draw energy of other boothmates. I love when  the booth is spirited. When color analyst Tom Thayer is engaged, sharing valuable material with our audience. Our statistician Doug Colletti has been reliable for 36 years! Doug helps us brings unique perspectives. He knows the game very well, and. Growing up I always appreciated the play-by-play announcers who got my heart to race and the moment build. I ultimately hope to stir an emotional reaction of listeners, the same tuned in.

Who are the best play-by-players you’ve enjoyed in Chicago?

I can’t limit to just five (laughing). I admire so many. So many great ones in the past, and present. These guys have all resonated with me for a variety of reasons and in no particular order: Jack Brickhouse, Jim Durham. Pat Foley, Harry Carey. Wayne Larrivee. Pat Hughes. And from my Cleveland roots, Joe Tait.

Who were your mentors?

There are many in my career from radio executives to writers to fellow broadcasters, but in terms of play-by-play mentors, it would be working with Larrivee and former Bulls radio/tv announcer Neil Funk. I picked up a lot of insight working with them and talking to them about their craft and frankly, how they did their jobs. I have spoken many times with (retiring Hawks, Pat) Foley and Hughes over the years for tips. The late  Durham always gave me encouragement. I had one conversation back in 1983 with Ernie Harwell that I will never forget. He was a wonderful gentleman. Same is true about Brad Sham in Dallas, Merrill Reese in Philadelphia, White Sox announcer Len Kasper, and nationally, Kevin Harlan. They all have given me some important perspective and feedback when we talk about the craft. ?

Jordan and the pressure in Chicago?

Yes, one of my first assignments was at the end of Jordan’s rookie season. He was always the center of attention of course. He was hounded daily, and I felt he handled it like a pro. It was a great time to be a writer/broadcaster in Chicago during his time with the Bulls.