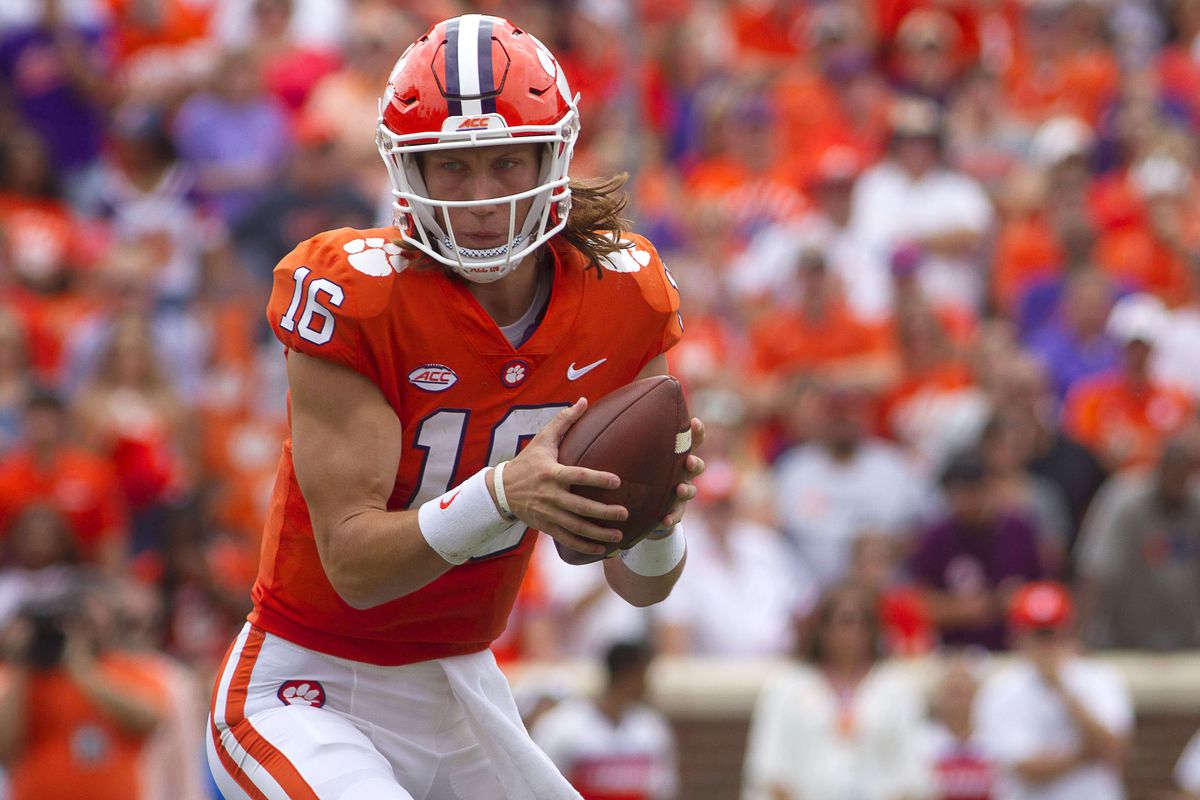 When it comes to memorable college football network announcers in my lifetime, there are really only two. For many years, if it was a big game, it was Keith Jackson on ABC. And if it wasn’t that big a game, Jackson gave it a big time feel by his mere presence. Similarly, especially in the last decade plus, when the SEC has been a juggernaut, Verne Lundquist’s hearty voice on CBS was interchangeable with fall Saturdays.

For those of a slightly younger generation, Brent Musburger was the voice that captioned big plays and big games on ABC and ESPN. But for my money (no pun intended, Brent), Musburger was always the guy in the CBS studio on NFL Today when the show was in its heyday.

In recent years, ESPN has turned to Chris Fowler and Kirk Herbstreit.  Have they lived up to expectations, particularly on prominent matchups like last night’s Clemson-Alabama national title game?

Herbstreit has had several years now to ply his trade and he’s become a solid analyst. Kirk’s certainly familiar with Fowler, having interacted with him through the years on ESPN’s outstanding production of GameDay. It has given the team an easier transition than most.

Here’s the thing.  Fowler is like a bowl of pasta and canned marinara sauce with meatballs, right out of the frozen section. You know what you’re getting; a basic 6:30 meal after work on a typical Wednesday.

Fowler does the job. He provides the viewer the storyline, down and distance and the basics that are expected. But sometimes it feels like a big fat meh. About what I’d expect on Wednesdays.

It’s not that booming voice, modulated perfectly to capture the emotion of the moment. It’s just not unique. It’s fine. (This said, Fowler’s voice sounded throaty and scratchy late.)  For example, the best Fowler offered as a scene-setter prior to the opening kickoff is, “Here we are in Santa Clara, a combined 5,000 miles from where these schools are located.”  It was said with an off-putting tone.

A two-time Emmy winner, Herbstreit saved him almost instantly, suggesting that no matter where these two schools kickoff, we can expect an excellent game. Herbstreit proved prescient (at least initially). Four minutes and 25 seconds into the game, the two gridiron powers scored a collective 21 points.

I need more. I want some zest to my telecast. The aforementioned trio, Jackson, Lundquist and Musburger all built a broadcast to a crescendo, like a fine conductor.

I never really feel it with Fowler, a longtime studio man. Perhaps the play-by-play booth is not a comfortable spot for him, even in his fifth year in the lead role.

For instance, in the second quarter, Clemson is essentially having its way with Alabama , marching up and down the field at will.  At some point you’d like to hear Fowler ask Herbstreit one of two questions; how Is Dabo Swinney out-coaching the great Nick Saban or at the very least, why is Clemson having such an easy time with this Alabama defense, littered with so many future NFLers.  Chris would serve the millions at home watching if he set up Herbie better. Too often, it’s redundant; play, analysis, play, analysis.  Some back and forth would help the flow of the game broadcast.  Deep into the third quarter, we still had no back and forth as to why Alabama seems severely out-manned, despite trailing by 21 at the time, 37-16.

Fowler did correctly snuff out Alabama’s third quarter, desperate fake field goal that had no chance.

Herbstreit has become more comfortable through the years.  Recently, he’s done a much better job of focusing on the moment instead of regressing to his vibe of, “It wasn’t too long ago that I played…” For example, in the second quarter when Alabama was at midfield and trailed 21-16, Kirk made an excellent point about star Tide quarterback, Tua Tagovailoa’s second interception of the game. He suggested that Tua “anticipated the coverage but didn’t read the coverage.”  He used a quick replay review to demonstrate his point.

Herbstreit would have been best off, late in the third, to essentially declare Alabama on the deep edge of insurmountable trouble.  Think Billy Packer telling Jim Nantz that the 2008 Final Four semifinal between UNC and Kansas was over; after just 13 minutes.  Kirk, it’s okay to call it as you see it. The audience knows; it’s 44-16 late in the third.

ESPN’s booth team is complemented very nicely by Maria Taylor and Tom Rinaldi on the sidelines. Taylor handled the tough task of interviewing an exasperated Saban as his team walked off the field down fifteen.  Rinaldi interviewed Swinney, trotting off with the lead; the coach being his typical excited self. Rinaldi was able to pinpoint exactly what would be of concern to Dabo, Alabama’s running game.

It’s a good broadcast team. Memorable?  Not necessarily. Getting the job done? Absolutely.

I confess that my interest in football did not compel me even to watch the game! That said, I’d like to make a comparison or two. One is that among the few times I have caught pro football this year, Tony Romo has been a breath of fresh air, and he has prompted Jim Nantz to up his game. Phil Simms was fine as an analyst, but the team of Nantz and Simms was essentially a pair of nice, earnest guys who knew their stuff and just talked about the game. All steak, no sizzle. Romo actually enjoys himself–I really… Read more »