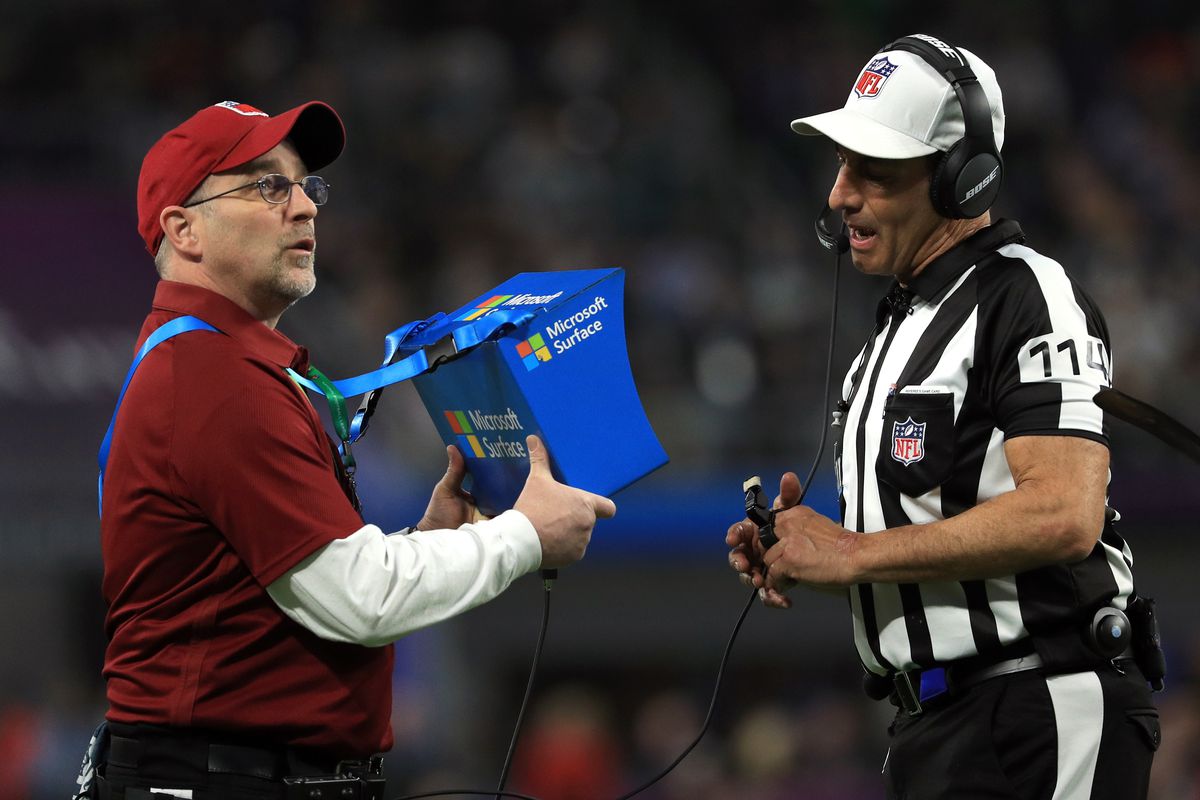 Technology changes faster than even teenagers can keep up with most times. Yet sports broadcasting is entirely reliant on an ever-fluid technology to keep its fan base in key youth demographics. As Sean McManus, CBS Sports’ CEO said on these pages recently, sports will continue to be eagerly consumed, but consumed differently depending on the demographic; from conventional television sets to Smartphones and to other evolving, innovative products.

We have seen the best and worst of sports broadcasting trying to keep up with the runaway train that is technology. The glow-puck in hockey is probably one of the worst-of-the-worst when it comes to incorporating technology into sports broadcasting. An innocent attempt to right one of the main problems that people had with watching hockey in low-quality video feeds ended up alienating a large portion of the existing NHL fan base. It was short-lived, as it should have been.

Meanwhile, great strides have been made into incorporating increased technology into sports broadcasting. Some of these are sport-specific, like the yellow first down line and blue line of scrimmage in football, but others, like the growing complexity of on-screen graphics and the introduction of instant replay in 1963, have created an environment of viewers feeling a sense of entitlement.

But all this technology raises some questions.

What’s the next big technology that will change sports broadcasting?

This may just be me, because I’m a statistics nerd. I think the ever-increasing data of on-demand statistical analysis will continue to grow and change the sports broadcasting world. The StatCast simulcast during the MLB playoffs (NL Wildcard game to be specific) did well ,had strong ratings and drew rave reviews from fans. It even won Sports Illustrated’s award for innovation.  ESPN2’s NL Wild Card Statcast Awarded Sports Illustrated’s “Best Broadcast Innovation.

ESPN did the stats-focused “Statcast” broadcast on ESPN2 with Jason Benetti, Mike Petriello and Eduardo Perez. The conventional broadcast was on mainstream ESPN with Matt Vasgersian, Alex Rodriguez, and Jessica Mendoza. An unscientific online survey indicated that 65% of viewers who watched the Statcast preferred it.

We’ve seen the use of advanced statistics during regular broadcasts as well. The NFL’s “Next Gen Stats” have made appearances during broadcasts. However, MLB did a far better job of incorporating it in broadcasts. The NFL throws a graphic up with the Next Gen Stats, but doesn’t call attention to it or talk about it in the commentary. The MLB and ESPN had a broadcast where it focused on stats without cramming them down viewers’ throats. It made it natural, and brought viewers back to what’s going on in the game, which can be hard to do for an entire nine inning baseball game.

This is paired with the prevalence of daily fantasy sports, where people are looking for the best available options. Advanced statistics not only give people more information (which can make them richer if used right), but also can tell them more about what’s going on in the game. After all, sports are unique in that many fans feel they’re experts in the subject matter.

Honorable mention: Virtual Reality, 5th Generation (5G) telecommunications. These two are paired together, because virtual reality’s full potential won’t be realized until it’s able to be used by most of the population, which means that cellular data speeds need to increase to sufficiently handle the load of a VR broadcast. Virtual reality in other sectors has also been slightly underwhelming, so the jury is still out on whether or not it will be a hit in sports.

How will 5G boost VR and AR?

How has technology affected non-television forms of sports broadcasting?

Sports radio was and still is a force to be reckoned with, so I think that major technological advances haven’t affected radio as much as people think. People still call in to voice their opinions and be heard on the radio, and if anything social media has given radio personalities a bigger reach to give their “hot takes” that make them popular. Technological advances in radio are harder to identify, but they’re there, and radio is still going strong. Television didn’t kill the (sports) radio star, as it turns out.

What’s the biggest invention for sports broadcasting up to this point (post-invention of live broadcasts)?

Instant replay has been the single biggest development for sports broadcasting since the advent of television. The first iteration was in 1962 when Emile Griffith knocked Benny Paret out unconscious. Paret died ten days later from the blows. A more advanced form of instant replay occurred in the 1963 Army-Navy game. Announcer Lindsey Nelson had to keep informing  the audience of what they were watching, whether it was live or replay. It was difficult to differentiate.

No questions about it. Instant replay has become so ingrained into sports broadcasting as we know it today that imagining life without it would paint a bleak picture for the industry. Fans love instant replay. There’s traditional instant replay, there’s slow-mo and even super slow-mo. It’s such a popular invention that it’s been added to each of the big four sports (MLB, NBA, NFL, NHL) as part of the game so that referees and umpires can check to make sure that the call is right.

It’s even added a third man in the booth. Gene Steratore is a bigger name through his rules-interpretation work for CBS than his years in a striped shirt on the field.

Instant replay added loads more analysis to the game as well. Some people have never lived through an era where instant replay wasn’t commonplace, yet most would agree that its invention, and subsequent derivatives built on it foundation, drastically changed the sports broadcasting landscape for the better. Some feel that instant replay can occasionally make mountains of molehills.

Of course, there’s been more, none of which though altered sports the way instant replay has. The strike zone in baseball, the arc of the ball, coaches ability to communicate through helmets with players on the field and the ability of referees to spew their calls to a television audience through their unobtrusive microphones.

The world is always changing. Economically, we’ve evolved from an agricultural to manufacturing, industrial and now technology society.

It was the advent of radio that brought sports’ first media change, done in large part to accommodate fans at home. College football developed referee hand signals for penalties so that announcers high above the field could report the development to their audiences. It wasn’t until almost fifty years later that the individuals guilty of penalties were identified in  addition to the team. At first for example, if there was a holding call, only the team was identified by hand signal. When microphones were part of the communication mix, the field officials added the players’ names.

Great piece! I’ll be snarky: could it be that 65% preferred statcast because it didn’t feature A-Rod?

The thought occurs: the networks are far more advanced in their NFL coverage than they were years ago, and NFL Films still must film the games? Are ALL of those shots available on replay questions?