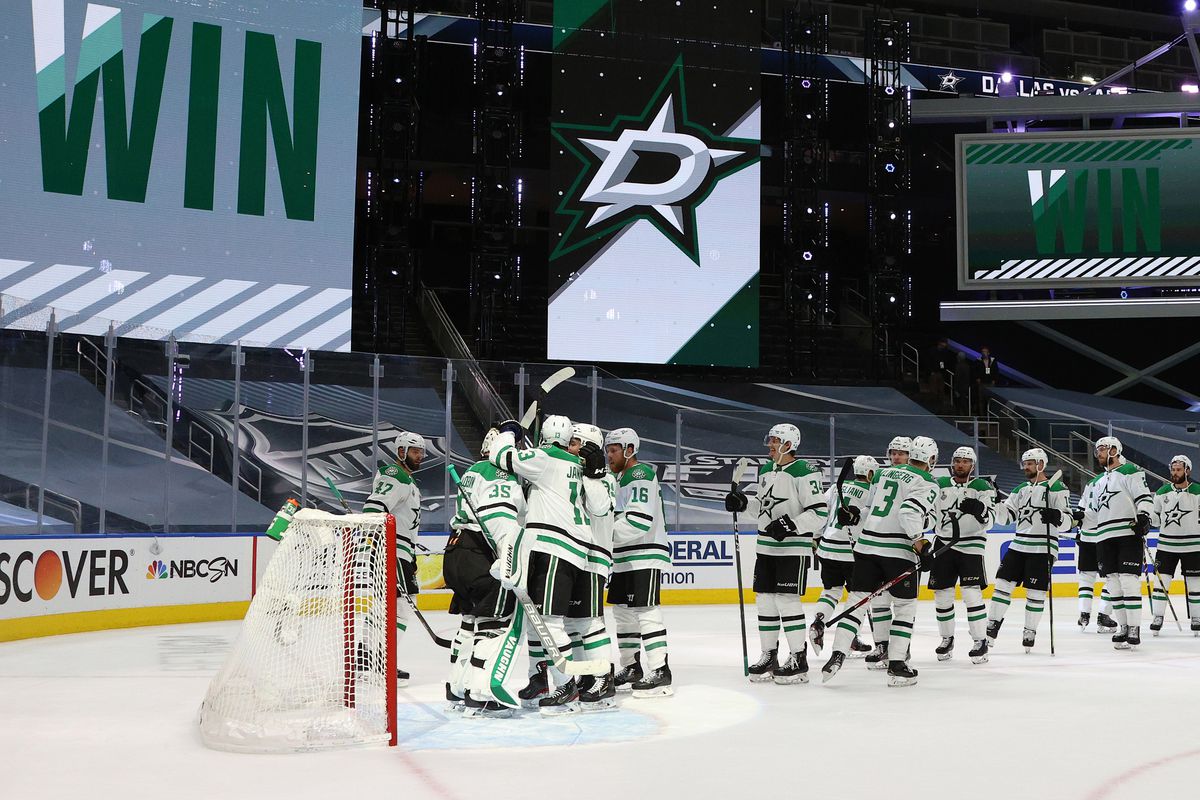 Hockey Night in Canada is an institution north of the border and has been for generations, beginning in 1931 with broadcasting pioneer Foster Hewitt calling Toronto Maple Leafs games on radio. CBC started a Saturday night television broadcast in the 1950s, and almost every single Stanley Cup Final game since has been televised under the HNIC banner. In 2014, Rogers Communications and its sports channel Sportsnet took over the Hockey Night brand and the exclusive national rights to the NHL in Canada, and although a few of their experiments did not work in the first years of their deal, their product during these pandemic playoffs has been enjoyable despite the obvious logistical limitations.

One constant of Hockey Night has been their top broadcast team of Foster Hewitt Award winner Jim Hughson and two-time Stanley Cup champion Craig Simpson. The two first worked together in the late 1990s, and were named the #1 team for the 2008–09 season. They were brought over from CBC to Sportsnet after the Rogers takeover, and are currently calling their 12th Stanley Cup Final together.

Although I am an American and a fan of NBC’s hockey broadcasts, I find myself gravitating more to the Canadian side when the playoffs roll around. The Canadian style of hockey announcing is less conversational than what you get in the US, and sticking to two announcers on broadcasts for marquee events instead of three means there are fewer interruptions and more strict play-by-play. I’m not saying the American way of doing things is bad, I’m just saying I find the broadcasts on Sportsnet and rival TSN to be more suited to how I want to listen to a hockey game.

I watched Game #2 of the Stanley Cup Final, a 3-2 Tampa Bay Lightning win over the Dallas Stars, and took some notes on the Hughson-Simpson pairing.

Even without fans in the stands, this announcer pairing is just as good now as they were a decade ago. They did their jobs without becoming the story of the game themselves. The voices have remarkable chemistry and Hughson helps weave Simpson in and out without missing a beat on his calls. Hughson is always on top of the action and Simpson, though not a button-pusher as an analyst, is good at identifying happenings off the puck that the viewer may not be able to see.

Most of the time, the broadcasters are at the mercy of the game, and it was a pretty good one, with the Stars coming back from a three-goal deficit to make it close at the end. I know what to expect out of Jim and Craig by this point, and it’s always an enjoyable listen.

I won’t give them a grade, but I recommend them to hardcore hockey fans who want to hear a different perspective from American coverage.