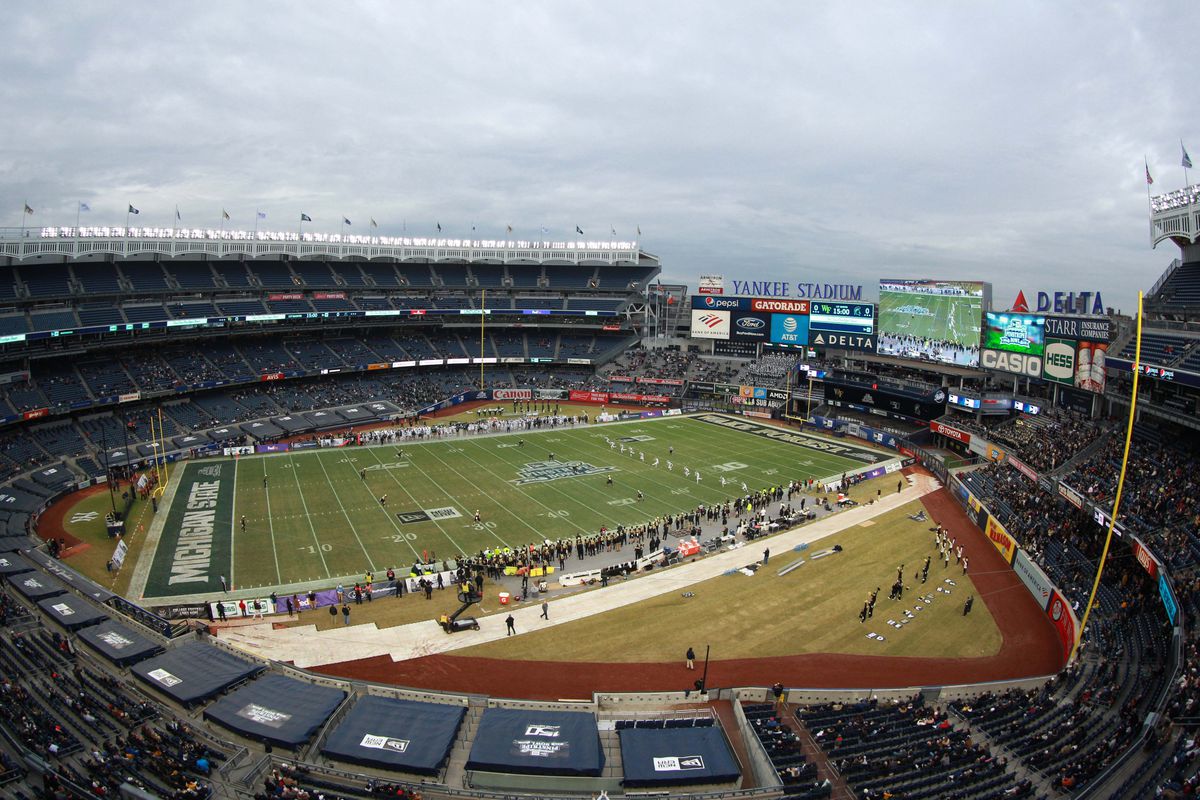 The college football bowl season usually has something for every football fan. Could be your alma mater be playing in it?

Perhaps it’s two teams playing in some random bowl and you just have the television on in the background during holiday season. Maybe you’re more of an NFL fan and have your eye on a prospect or two for the draft. Everybody has their reasons for tuning into one of the 43 games, most watch on the ESPN family of networks. Only three are not shown on Disney’s owned ESPN or ABC.

While last week’s snooze fest of national semi-finals thankfully brought us 2022 college football games on New Year’s Day they were markedly more exciting. It was the pre-cursor to those games that was generating sizeable buzz across America and certainly among those who follow sports media closely.

Kirk Herbstreit, ESPN’s long time and outspoken college analyst, was involved in a serious discussion on the Gameday set with colleagues Rece Davis, Desmond Howard and David Pollack. They were discussing the trend in today’s game where players opt out to concentrate on training for the NFL Draft and as such  eliminate potential injury from the equation. After all it’s perceived as a “meaningless game” with nothing on the line.  Herbstreit chimed in with his strong take that this “era of player doesn’t love football.” Howard followed that with today’s player doesn’t value today’s bowl games unless its part of the playoff system.  He further went on to say that “kids today have a sense of entitlement.” It got heated.

Pretty strong words from a duo that lives and breathes the game each week on a network that’s televising 93% of the bowl and playoff games. Millions more at home each week and on college campuses get revved up when the Gameday set becomes a part of their campus. It got me thinking immediately what the ramifications of such strong sentiments were and the reverberations that would be felt throughout the college football world.

Remember, this is not just about a strong take as some would lead you to believe. This is one’s reputation, this is big time networks advertisers.

Money is part of this conversation at all levels. This is core to your beliefs and walking it back, no matter how hard you or colleagues try, it is always going to be an uphill climb.

I posed a simple question to other prominent broadcasters in the game. The question was your thoughts on the state of the college game, the bowl system in its current form, thoughts on opt-outs and the future of the game as we know it.

We went to these veteran broadcasters, not vice versa.

I was not (initially) aware but read Kirk’s comments and really don’t have any comment regarding his take. But now that you’ve reached out about it, my opinion on the ‘state of college football, the bowl system , opt outs , impact on future …. etc.’ I feel these are complicated issues that should not be grouped together and deserve well thought out multiple discussions.

Regarding the specific, “opt out topic,” I’ve been very public about my support for the players having control of their careers.

Short sound bites or packaged “takes” never do justice to these topics.

My general philosophy on these “sports controversies,” or for that matter all controversies, is for everyone to take a pause, don’t get personal, and discuss with the goal of learning what others think, (in the hope that) trusting that the more we listen, the better chance we have to make things better.

I don’t ever enter these public discussions but I do try to respect journalistic inquiries. We should all understand though that there are no easy solutions

I read reports that Rece Davis is unhappy with “media colleagues” over criticism of Kirk’s take, and |
his clarification. I applaud Rece’s effort to help his partner, but context is important. I’ve been where they are on a set, discussing issues. Especially when you’re stretching a conversation and you’re tired from overnight travel. It happens.

Self awareness is critical when making sweeping comments. Kirk failed to realize the company he works for basically owns the Bowl business, therefore these “meaningless games” are his network’s idea. As for his clarification, we all sit in on conversations without consequences with Head Coaches and their coordinators. Trust in these meetings is paramount. Kirk decided to share quotes from various Coaches that all of us hear. “This guy gets it, he’s a gamer” or “man, he’s a gym rat, an old school guy”, translation in Kirk’s mind, most of the others aren’t engaged. That’s what’s implied.

Listen, most play by play guys and analysts visit with Coaches first, and players, only if schools make them available. Some do, most don’t. In those cases it’s important that we balance storytelling so that we get players’ views from sources other than the players themselves!

Players opting out have their reasons, and if more games mattered, more would play.

Coaches and TV personalities have fared extremely well off the labors of the players, and if they choose to opt out to protect their athletic futures, good for them.

I know what I saw and heard and I share Kirk’s passion, but we must have more than just coach-speak to shape our opinions. I called the Fiesta Bowl between Notre Dame and Ohio State at the end of the 2015 season. In the opening of the telecast, we talked about how the matchup featured two potential/likely top-5 NFL draft picks in Joey Bosa and Jaylon Smith.

Smith had just won the Butkus Award as the best linebacker in the country. Early in the game, Jaylon suffered a gruesome and obviously devastating knee injury. It was heartbreaking to watch as we wondered if he would even have a pro career. He wound up being drafted in the second round by Dallas and there were many who thought that was way too high given the severity of the knee injury.

In my opinion, he has never been close to the pro player he would have been without the injury. It likely cost him tens of millions of dollars. So, after watching that, I have no problem when an NFL prospect opts out of the last game of his career with an eye toward his future. And those feelings came back to me this past weekend when I watched Ole Miss QB Matt Corral get injured in the Sugar Bowl.

Having said all that, I certainly appreciate when a player wants to finish the season with his team as Corral did. But I don’t think we should be critical of a prospect who chooses not to.