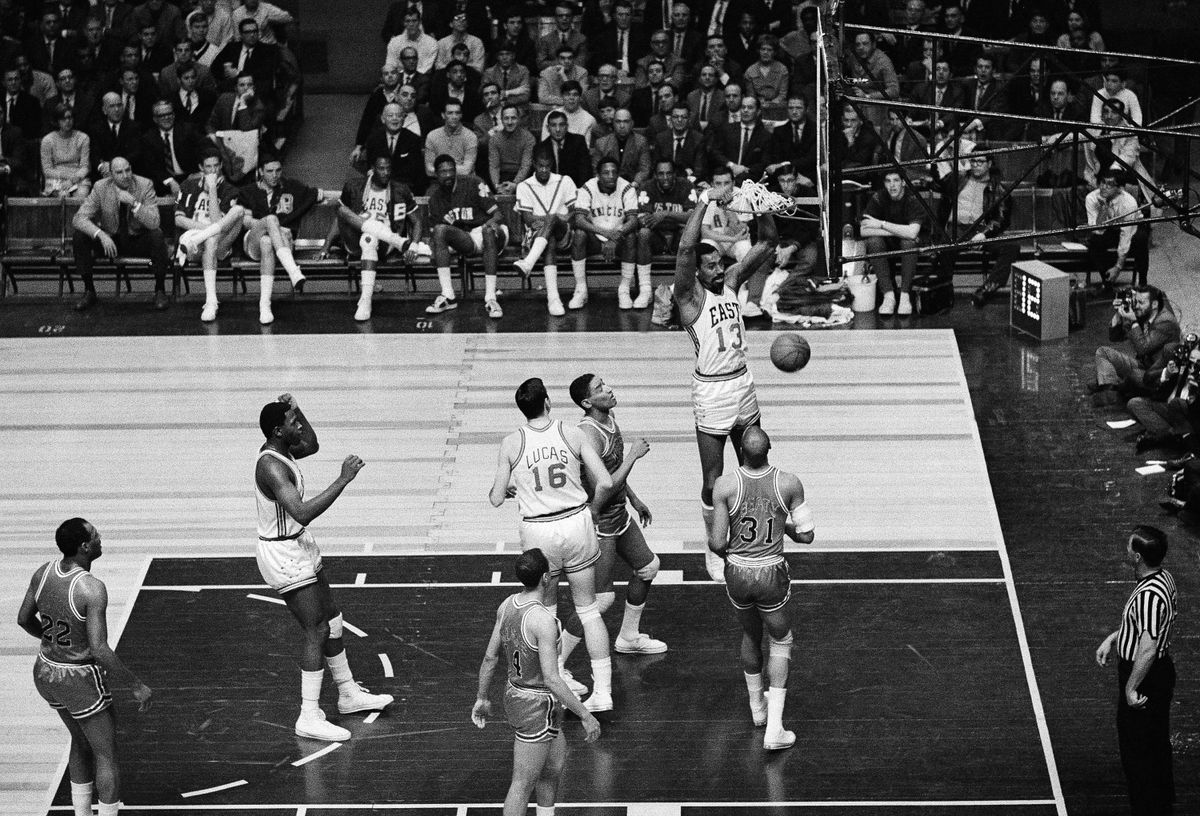 Based on reports, it’s quite possible that this Sunday could be Marv Albert’s final play-by-play assignment covering the NBA All-Star Game on national television. Word is that Albert, 77, will be succeeded next season by a new lead voice on Turner’s NBA coverage.

Marv tells me he’ll be working his 24th mid-season classic of the league’s glittering stars. It’s his 19th straight on television, a streak that started in 2001 when NBC still had the NBA package. Albert also did several on radio before his first on television in 1995.

It’s been 51 years since Marv did his first ASG in 1968. The Vietnam War was raging, military personnel were coming back in body bags, there were riots in U.S. cities  and two assassinations rocked the American landscape, that of Dr. Martin Luther King Jr. and Senator Robert F. Kennedy. Albert was a precocious 26 then, well ahead of his years behind the microphone, when he did the NBA All Star Game on the Armed Forces Radio Network which serves military personnel stationed all over the world.

The NBA had hoped that the ’68 game would showcase a brand new Madison Square Garden built over the tracks at Penn Station near Herald Square. Until then, the old Garden, as it’s still fondly called by those who remember it, was at Eighth Avenue and 50th Street. But due to construction delays the new Garden didn’t open until February, about three weeks after the game was scheduled. As such, the ASG 51 years ago was one of the last events ever held at the old Garden.

In 2015, Albert told writer Jeff Eisenband that he remembers Greer taking jump shots in that All Star Game from the foul line while shooting free throws  Albert also said, “Of note in that game was Dick Barnett, who did not make many All-Star Games. It was a big deal for New York fans and Barnett.”

The all-star idea was the brainchild of Haskell Cohen, the league’s first public relations director. He suggested to the NBA’s first commissioner Maurice Podoloff that the league replicate the model of Major League Baseball’s ASG which was initiated in 1933. The NBA was born in 1946 as the BAA (Basketball Association of America). In 1949, the fledgling league merged with the NBL (National Basketball League) and therein the merged NBA.

In an economized stretch of less than a month in ’68, Albert did the ASG on January 23d, welcomed the birth of his first child Kenny on February 2nd and the Knicks played their first ever game in the new Garden on February 14th.  The new Garden is an arena with which the Albert name will always be linked. New York beat the San Diego Rockets on opening night, 114-102.

What occurred in that game was a harbinger of what was to come, a championship Knicks team. Willis Reed had 23 points and 14 rebounds. Rookie Walt Frazier had 22 points and 10 assists. Meanwhile the Rockets had a player named Pat Riley who told me years later that the building might have been brand new that night but the visitors locker-room didn’t have hot water. The Knicks won their only two titles ever in 1970 and ’73. (An oddity, Marv didn’t do the first Knicks game in the new building. In those years, when the game was on television, it wasn’t generally on radio too. The late Jim Gordon did it on Channel 9 in New York. Marv didn’t move to Knicks TV until the 1970s. He did only radio.)

While he covered football and hockey, Marv’s first love was always basketball. In the 1950s, he was a ball boy for the Knicks where he met the game’s pioneering play-by-play announcer Marty Glickman. The generous Glickman saw something special in Albert, took the youngster under his wings, coached him and helped him find work early in his career.

Glickman himself did the first All-Star Game. It was played on March 2, 1951 at the Boston Garden during Red Auerbach’s first season as the Celtics’ head coach.

Television sets were hardly rampant in 1951. A year earlier in 1950, only 9% of American homes had television. By 1960, the number swelled to 90%. Radio was still the prime immediate source for electronic mass communication.

Mutual Radio carried the first all-star matchup and hired Glickman and Fort Wayne Pistons announcer Hilliard Gates to call it. Years later, Glickman told me that when he arrived in Boston, he was surprised to learn from Mutual’s producers that he would be splitting the game with Gates. Yet, Marty told me Gates was “quite good.” Glickman did the first four all-star games on radio and the 1964 game on syndicated television.

Early network coverage of the NBA was spotty at best. The league’s first overall television package in 1954 was on the short lived Dumont Network. Only two games of the championship series were carried. Marty Glickman and Lindsey Nelson were the announcers. When the series moved to NBC the following year, the broadcasters remained the same, but again only two games of the title series were telecast.

The next year, 1956, Glickman was dropped by NBC and the NBA. Marty never forgot it. He told me that Podoloff said to him that the telecasts looked, “too New York.” In other words, as Marty took it, “too Jewish.” NBC then teamed Nelson and Curt Gowdy. Interestingly, Podoloff himself was a Russian born Jewish immigrant.

Until the league took off under the helmsmanship of Commissioner David Stern, television coverage was spotty, particularly the ASG. While the first ASG on national television was on NBC in 1959 with Gowdy, it wasn’t until 1968 that the game was aired consistently every year on an over-the-air or a major cable television network.

The list of NBA ASG broadcasters through the years on either national radio or television could be confused for a who’s who of baseball’s Hall of Fame Ford Frick winners; Harry Caray, Jack Buck, Bob Wolff, Dick Enberg, Bob Costas and Gowdy. (Caray, basketball? Holy Cow!)

During the past couple years, Albert has been the subject of criticism on social media for making increasingly more on-air mistakes. Albert always tackled a heavy schedule of assignments and his voice too has weakened considerably in recent years.

When I spoke with Stern about a month ago, I raised Marv’s name and he said, “When I walk into an event and hear Marv’s voice in the background doing a game, it makes me feel good.”

Memories! Hal Greer always took jump shots on his free throws, one of the only players who did that. The announcers usually said that Greer “practices his jump shot when he takes his free throws and vice versa.” Dave Bing, who appears in one of the accompanying pictures, starred at Syracuse University and became an NBA Hall of Famer, mostly playing for the Detroit Pistons. Later on he was elected Mayor of the city of Detroit. In the first picture, highlighted by a dunk by Wilt Chamberlain, Jerry Lucas is standing in front of Willis Reed and coincidentally a few… Read more »