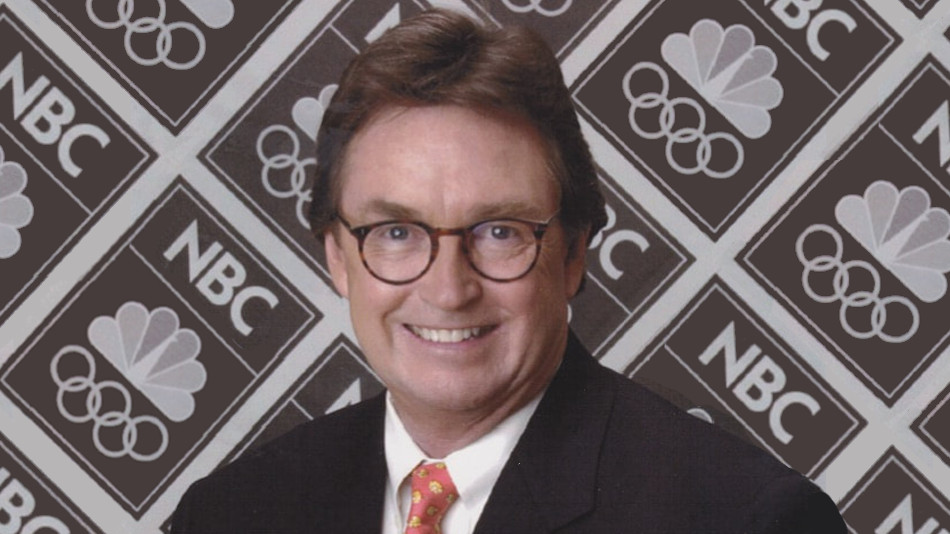 Andrew Solomon wrote, “Travel is both a window and a mirror.”  It’s tough to disagree. Spending time abroad, we learn more about ourselves while increasing our tolerance for other cultures.

Former network sportscaster Tim Ryan knows. Through a span of almost fifty years, the Canadian native covered 30 sports in 20 countries. He did every sport imaginable and did so prominently on the broadest of American stages, network television. Tim’s versatility and the diverse events he covered are rivaled only by icons like Jim McKay and Jack Whitaker. 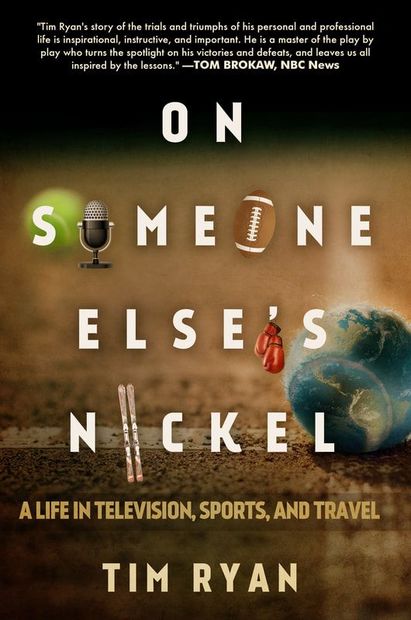 He shares a wealth of his assorted stories and countless experiences in his title, On Someone Else’s Nickel. The text is filled with entertaining anecdotes; spanning continents and people worlds apart. For decades, he’s interacted with multinational athletes, broadcast executives, agents and team administrators.

Hockey was his ticket to the United States when he joined the California Seals, one of six expansion franchises which in 1967 doubled the size of the NHL’s original six. He moved to New York a couple years later as a news anchor for WPIX-TV before serving as the Rangers’ and later Islanders’ television announcer. His soothing voice, unflustered pace, pleasant delivery and embedded knowledge of hockey eventually earned Ryan a network gig as NBC’s lead NHL voice in the 1970s.

In time, his network role broadened and he moved seamlessly from venue to venue. Viewers never knew where they would find him next, covering hard-hitting boxing or well-mannered tennis, at events dotted by occasional boorishness or ones frequented by royalty. He did the mainstream, of course, basketball and football. Yet the ancillary, like skiing, equestrian events and rowing, set him apart from the pack.

On Someone Else’s Nickel tells the story of life’s roller-coaster; from Tim’s lows to highs, from worrying about paying bills to making it big on network television; from commuting on crammed trains in New York to flying first class overseas.

Tim had lots of stops on life’s unpredictable journey, some planned, like riveting safaris, and some unplanned, like having to care for his first wife suffering inexorably from Alzheimer’s.

After reading the text, I can assure you that if more people had a fraction of Tim’s lust for life, the world would be a better place to live.

Has there been a network sportscaster through the years with such a broad an versatile resume as yours?

Not that I can think of, and as a matter of fact, baseball was in my “workload” ! I did two seasons of the former Triple-A Toronto Maple Leafs home games on CFTO-TV where I started my career in 196. We also did some  of their road games from a local radio station by reading a play-by-play ticker tape and using sound effects!  (Crack of the bat—-“line drive into left…” ) Also did a couple of on-field reporting gigs during MLB playoffs in my NBC days in the early ’70’s. Somebody counted up 30 different sports covered, although a few were “one-offs” — like a skate board event in Carson, California,  a polo match in  Greenwich, Ct. and an outdoor speed skating race in Tromso, Norway

You started in the NHL in 1967. You did many games on local and network television. The sport’s fluid, played at a high speed and not every player is always immediately identifiable to viewers. What’s the right mix of descriptiveness for television play-by-play announcers so that they’re not disruptive; where they’re captioning, not painting a picture?

I think hockey fans watching on TV, want to know which players are on the ice at a given time, so announcing the line changes is fundamental. Then the job is to help the viewers know where the puck is, and more important, where it’s going. They don’t have the view of people in the arena, they are dependent on the camera view. Each pass does not have to be called —-but anticipating scoring opportunities is vital and having the right words to call shots on goal and defensive plays. Mainly, time your play-by-play to allow your “expert” a chance to get comments in without creating announcer-babble wall-to-wall.

First-class, international airline travel taught you a thing or two about highly visible people, the public doesn’t often see in such settings. Talk about your fleeting but memorable experience with former Secretary of State, Henry Kissinger.

In my book, ”On Someone Else’s Nickel,” I have a chapter titled “Encounters Good and Bad.” One of those was on an overnight flight to Europe on which my seat-mate in First Class was former Secretary of State Henry Kissinger. No words were exchanged save for a couple of grunts from Henry, which was okay by me. He hogged all the space on the armrests with his voluminous notebooks. Let’s just say my “encounter” with actor Bill Murray was way more fun.

Tom Brokaw is someone special. You say he gave you “good counsel.” What was it?

I was struggling with how best to include in my book the 12 years of our family struggling with watching their mother fade away from us with Alzheimer’s. I asked my friend Tom, an experienced author, for some advice, and he was very sensitive and helpful, and suggested weaving that traumatic story through the more lighthearted sections.

You are opposed to three-person TV booths. It didn’t work for you at Fox. There are two though that come to mind that were glitteringly successful. Frank Gifford, Don Meredith and Howard Cosell on Monday Night Football and Dick Enberg, Al McGuire and Billy Packer on college basketball. There have been fewer three-person booths recently. Why does it occasionally work and more often than not it doesn’t?

It doesn’t work unless all three personalities are different from each other and their roles are defined by the producers and accepted by the announcers. Monday Night Football in those ABC days was an entertainment show, not always a very well-called football game. Enberg, Packer and McGuire were much better —Dick did a fine job of giving his partners space even in the fast pace of basketball. I like to think my three-person work with John McEnroe and Mary Carillo on CBS coverage of U.S. Open tennis was successful, but basically, yes, I am opposed to it.

In preparing for all the sports you’ve done, which one requires the greatest time commitment.

Football—no question. Ninety players in the lineups to memorize, strategies to study, human interest stories to dig-up. Most of us would start on Monday after a Sunday game for the next one. Watch video of both teams from their games, maybe listen to yourself on the previous one. Tuesday – read coverage of their games, compile stats, create your “spotting boards” (Now it’s all computerized—mine were hand-drawn on manila file folders!) Wednesday talk by phone to each PR guy re injuries etc. Thursday memorize numbers, watch more video. Friday fly to game-site, meet with home team coaches and players, Saturday meet with visiting team at their hotel.

Some broadcasters today are paid mountains of money. Among network announcers though, the disparity is great. Some make tons, others work on a per-diem for each event. Are too many broadcasters overpaid today and does the disparity bother you?

I would never say some of my “brothers” are overpaid! But this is show-business and the “rules of the road” don’t always apply. As elsewhere, “Q” ratings and good agents often win the day. And the “face-time” studio hosts draw the most attention and the most money. That’s show-biz.

Does getting too close to athletes compromise an announcer’s objectivity, particularly in some of the individual sports you covered like tennis, boxing and skiing?

It can, and sometimes does, but it shouldn’t. I don’t think it’s rampant.

You did news on WPIX TV in New York for a couple years early in your career. What did it teach you?

I was a journalism major in college and worked summers as a news reporter at the Toronto Star. I am still a news junkie. And I believe that writing skills are still the most important attributes of good broadcasters, be they news or sports reporters—even though writing for the ear is different from writing for the eye. And, an articulate command of the language should be the hallmark of play-by-play announcers.

You worked basketball with Al McGuire, an entertaining, yet complicated man. If you had one sentence to describe him, what would it be?

One of the most beautiful people I have ever known, sharp, sweet, kind and often otherworldly—most of all, fun.

You did some radio too including hockey and boxing? How would you compare radio and television?

There is too much talk on both, but good radio guys paint great pictures of what’s going on – on the field. Good TV guys leave more paint in the pot. Like good auctioneers, you have to know your audience.