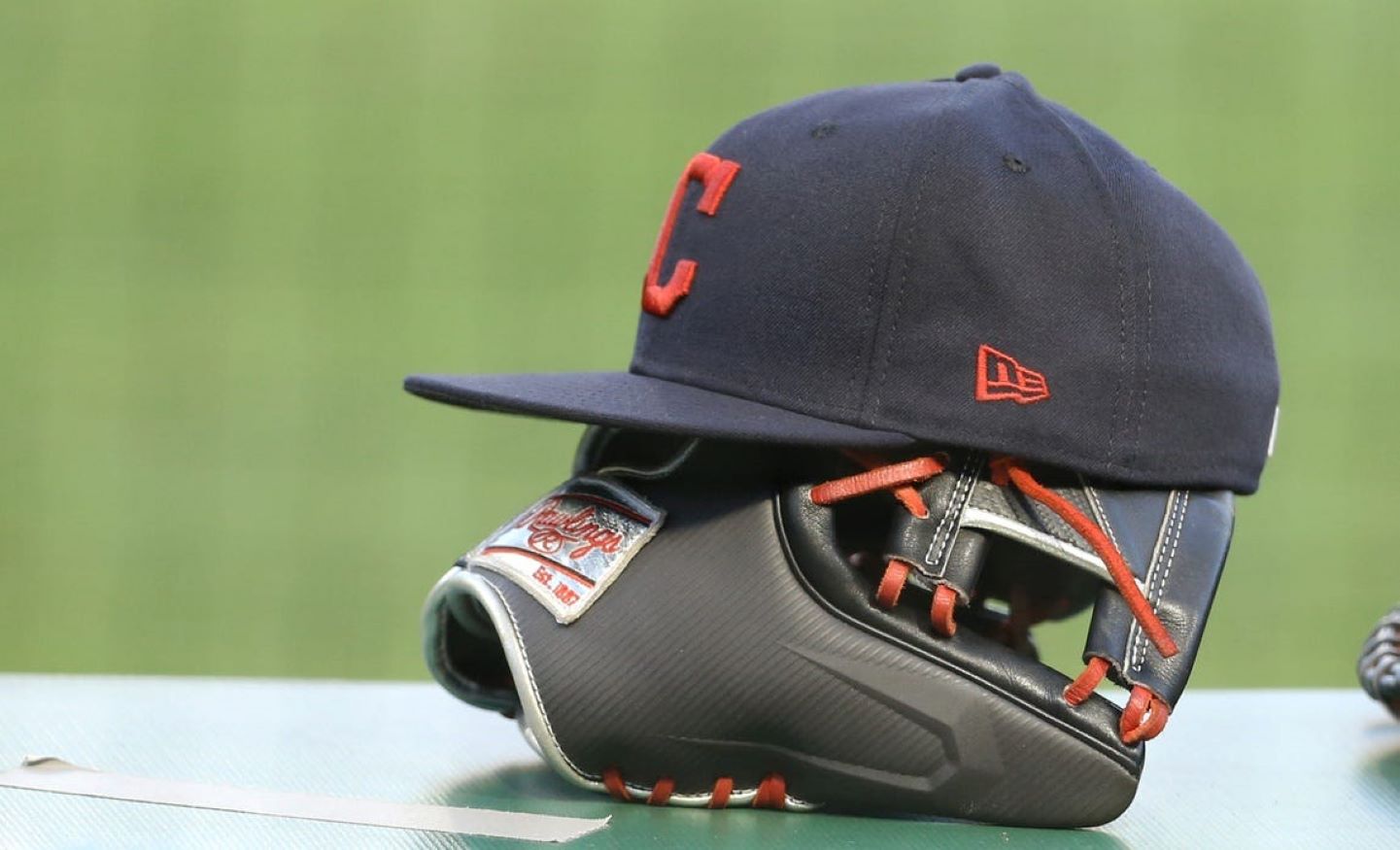 Recall Dizzy Dean’s “sludding into third,” catcher Joe Garagiola, doing play-by-play in the bullpen prior to vaulting to the booth, or Bob Uecker, to Johnny Carson “Mr. Baseball.” Then, picture today’s broadcasting without such players-become-mic men. You can’t. For that, credit Jack Graney, the pastime’s first athlete-turned-announcer.

Yesterday, the 1932-44 and 1946-53 Cleveland Indians radio paradigm was named the 2022 recipient of the National Baseball Hall of Fame and Museum’s Ford C. Frick Award for “broadcast excellence”. He will posthumously be honored next July in Cooperstown—the 46th annual recipient since the award begin in 1978.

Graney was chosen by the Hall’s 16-member Frick Award committee—the second Cleveland franchise Voice to be selected, after Indians 1948-67 announcer Jimmy Dudley in 1997. Dudley was poetic, soft-voiced, a sublime story-teller. Graney was picked in this year’s Broadcasting Beginnings category, a pioneer on and above the field, as 1987 Frick honoree Jack Buck said.

“I’d hear Graham McNamee on day network ball,” Jack Buck said of the 1930s and ’40s, “but what I loved was lying in bed at night, listening to Graney and other local-team Voices.” Graney described Hal Trosky, Earl Averill, Bob Feller, Lou Boudreau, and Satchel Paige, among others. To the young Clevelander, they seemed as magical as Timbuktu.

“I didn’t want to be a policeman or fireman,” said Buck, the 1987 Frick honoree. “Jack made me want to make a living calling ball.” Graney became a pathfinder: a Canadian in America’s game; player-turned-ball and striker; rough voice in a velvet craft. “I didn’t dislike being in the minority,” said Jack, who loved breaking the mold.

As a 14-year Indians outfielder, Graney had 1,178 hits and a .354 on-base percentage, was the first big-leaguer to bat against Babe Ruth (1914), and set more precedent by batting with a number on his uniform (1916). Later Jack became “the best play-by-play man the Indians ever had … short on ego and long on talent,” wrote Cleveland Plain Dealer columnist Bob Dolgan. His legacy are former players who now populate the air.

Nap Lajoie entered the cage as Graney began to throw: “so wild,” said the Indians player/manager, “that each batter stood over the plate for five minutes before he got in the vicinity.” Pining to impress, Jack threw “the fastest ball I had ever pitched. I thought it would strike [Nap] out.” Instead, it knocked him out. That evening the lefty found Lajoie with an ice bag on his head.

“Anyone as wild as you belongs in the Wild West,” Nap said. “You’re going to [Pacific Coast League] Portland.” In 1910, Graney returned to Cleveland. New League Park tied the American League’s smallest size (21,000), nearest fence to the plate (290 feet), and farthest turf away (505). Gentling, Lajoie gave Jack a bull terrier he named Larry. “Not everyone liked me,” Glad said, “but they all liked Larry.”

At night, Larry relieved himself, “found his way to the stairs or elevator, and came to the right room.” Often he and Graney crossed Lake Erie to Ontario. Jack put him on a trolley by himself, Larry riding to St. Thomas, then racing to the Graney home. In 1913, visiting the White House, Jack left him with a doorman. “Where’s Larry?” said Woodrow Wilson. “I’ve got to meet that remarkable dog.” Six times Wilson’s first pitch opened the season. Meanwhile, Graney was second in the 1916 A. L. in doubles and led in walks in 1917 and 1919.

In 1919, Tris Speaker became player/manager. A year later he rapped  a record 11 straight hits. That August, Yankees pitcher Carl Mays beaned Ray Chapman, breaking the Cleveland shortstop’s neck and fracturing his skull. In the clubhouse, Jack tried to revive his roommate. “Give him a pencil, something to hold on to.” Dropping it, Ray died 12 hours later: baseball’s first fatality from a thrown or batted ball. (Graney, Left)

In October 1920 the Indians won their first World Series. In 1921, Graney hit a career-high .299. Next year he retired and later bought a Ford agency, hoping “to make some money.” At the time there was a lot to make. By 1929, the average of common prices on the New York Stock Exchange had leapt 123 percent in three years. On October 29, 16,410,030 shares were traded: thousands of speculators threw holdings in the put.

Depression knocked “the legs out from under me,” Jack said. For a while, he sold used cars. For escape, he bought a radio. In 1931, 32 million homes owned a wireless. “It was cheap,” mused Buck, “the one medium Depression hadn’t crushed.” That fall, the Indians left WTAM for WHK. General manager Billy Evans’ square peg fit Graney’s round hole. “I was broke, and he needed an announcer,” said Glad. “Before my first game, I was so nervous I almost changed my mind and ran out of the booth.” At League Park, the Indians ran out of room.

In 1932, vast Municipal Stadium became a holiday and weekend home. Jack preferred League. Girders cloaked the right-field wall. Hitting one, a ball stayed in play. “Away I’d re-create,” he recalled, often working in an auto showroom, people gawking behind glass. Invariably Jack held a lit, but unsmoked, cigarette: “It’d burn my hands, but I couldn’t puff and talk.” At night he often awoke in a lather. Had Graney botched a name, put a man on the wrong base, reversed two Indians scoring? “I’d get letters: ‘It’s Trosky, then Averill, not the other way around!’”

Throughout, Jack’s past career enabled him : “Having played, I knew each park,” he said. Even so, Kenesaw Mountain Landis, choosing 1934 CBS World Series Voices, jilted him as “too partial. He played in the American League.” Miffed, Jack wrote baseball’s commissioner a letter: “I am now a sportscaster, and should be regarded as such.” Next season he set another precedent: Landis naming him the first ex-jock to cover the Series and All-Star Game. “I just follow the ball, leave knocks to others,” Glad said. What Jack didn’t leave was Cleveland.

On August 23, 1936, Feller, 16, fanned 15 Browns in his first big-league start. He won 266 games, led the A.L. seven times in Ks, and had a record 12 one-hitters. Glad called each. Feller opened 1940 at Chicago. “Grannie Mack is on the ground with one knee, scrapes it up with his glove hand, flips it over to Trosky at first,” Graney bayed. “A close decision—and he’s out! Bob Feller has his first no-hit game! Boy, listen to that crowd!”

In 1941, Joe DiMaggio’s single launched a 56-game hit streak. On July 17, baseball’s then-largest night crowd, 67,648, packed Municipal. In the eighth, DiMag lashed Jim Bagby’s 1-1 pitch. “On the ground to shortstop. Boudreau has it. Throw to second, on to first! Double play! The streak may be over!” Players soon streaked to war. “Look out [he told one partner]!” Jack said, striking the desk to denote a foul. “Whew!” That was a close one.” The hitter took a pitch. “Strike through the center.” Next: “A hot smash! It’s a h-i-g-h throw!”

Graney’s was a high, distinctive voice, in rhythm with his game. By the 1940s the Indians hadn’t won a pennant since the Battle at Verdun. Said Glad: “I’m tired of having the patience of Job.” Few were tired of him. Only 1945’s network pre-emption of local coverage kept Jack from continuous 22-year Indians play-by-play. “There was almost no television or air conditioning,” Bob Baucher wrote of the era, “so people sat on porches and cooled off listening to the game.” Graney developed a huge following in northeast Ohio.

In 1948-53, Graney (r) and Dudley (l) teamed on flagship WJW, then WERE, which tripled the club’s network. Hearing each Hall of Famer was as good as baseball gets. In 1953, Jack retired, honored at the Indians’ lakefront bowl: Feller and Tris Speaker spoke. Graney did TV, moved with wife Pauline near their daughter in Missouri, and scored baseball on the air. “They don’t give a complete description. Tell about the ball as it takes a roll through the infield!”

Years earlier Jack Buck had fallen asleep to Graney. Glad now heard him daily over St. Louis’ KMOX Radio. In 1977, the Graneys feted their 61st anniversary. “I guarantee there are no perils with Pauline,” Buck quipped, “or it wouldn’t have lasted this long.” Glad, 91, lasted till the next April. “There and Two Jack” had run out the string: full count, full life.

This year, I could not think of a way for the committee to make a bad decision, and it made what I think was the best decision, and the one I hoped for. Graney was truly a pioneer. Jimmy Dudley credited Graney with helping him succeed, and how blessed Cleveland fans were to have the two of them, together or separately, for 35 years.