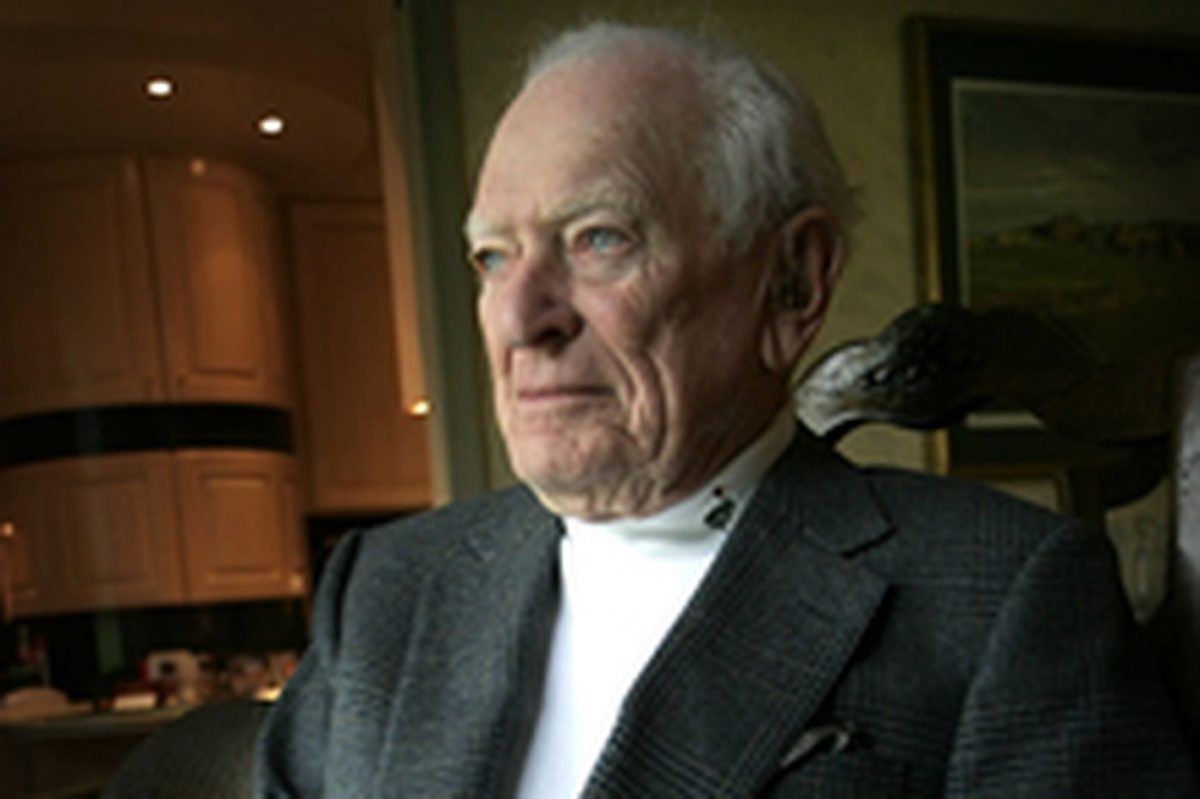 Jack Whitaker: A Man Who Cared About Words

Born in 1924, John Francis “Jack” Whitaker grew up in the East Germantown section of Philadelphia, attended Northeast Catholic High School and had begun his college education at St. Joseph’s College when he heard from Uncle Sam. Before he knew it, his dreams of working in radio were on the back burner. He landed on the beaches of Normandy on June 10, 1944 and survived being wounded twice.

He finished college and got a job at a 500-watt station outside Philly, in nearby Pottsville. It led to a slightly better position at a 1,000-watt station in Allentown. There he read the news and interviewed the local mayor and pastor on a regular basis.

One day in June of 1950, he heard coverage of Ben Hogan’s U.S. Open, coming from the newsroom. Only it wasn’t on radio but on the new medium, television. His immediate thought was, “That’s what I should be doing.” So he quit his radio job and returned to Philly looking for a job in TV.

He interviewed at WCAU-TV where they asked him if he knew anything about sports because the station’s sportscaster had just given his notice. “I said yes,” Whitaker replied. “That’s when I realized I didn’t.”

Nine months earlier, Ed McMahon had joined the station. He too was fresh from the service where he had conducted flight training in the Air Force. McMahon and Whitaker became fast friends and in the early days of TV they reveled in doing any job at the station. They even acted in ‘CAU’s daytime soap opera, a Western called Action in the Afternoon.

Whitaker and McMahon were featured nightly on the 11 o’clock newscast, led by John Facenda, the future voice of NFL Films. Whitaker did the sports and McMahon did a commentary each night at the end of the broadcast. With their newscast #1 in the ratings book, things seemed to be going great, until CBS bought the station in 1957.

The network executives had other ideas. They cut the newscast back to 15 minutes and got rid of sports and the commentaries altogether. They made Whitaker the weatherman. Can you believe it?

Thinking their careers at ‘CAU were just about over, McMahon and Whitaker began taking the train every weekday morning to New York, looking for work at the ad agencies that controlled network television. They’d make their rounds and then take the train back to Philly in time for the 11 o’clock news.

Whitaker landed work with the CBS Network doing color on weekend NFL games, and McMahon landed a job as the announcer for a new game show called Who Do You Trust. The host of that show was a comedian from the Midwest, Johnny Carson. When NBC hired Carson for the Tonight Show, he took McMahon with him.

Whitaker excelled doing color and later play-by-play. By 1960, the network had hired him to do golf and horse racing too.

He hosted CBS Sports Spectacular and was the first host of The NFL Today. During his twenty years there, he became the face of  CBS along with Walter Cronkite. There was no one like Jack Whitaker who could put a major event into perspective. Whether it was Secretariat’s incredible Triple Crown or Ruffian’s horrible death, you had to marvel how Whitaker could tell the story so graciously.

He was truly a man who cared about words. Jack Whitaker passed on Sunday, August 18th.

I hope Mr. Podolsky will share more memories of his time with Jack Whitaker, who was indeed a man who cared about words, and used them beautifully.