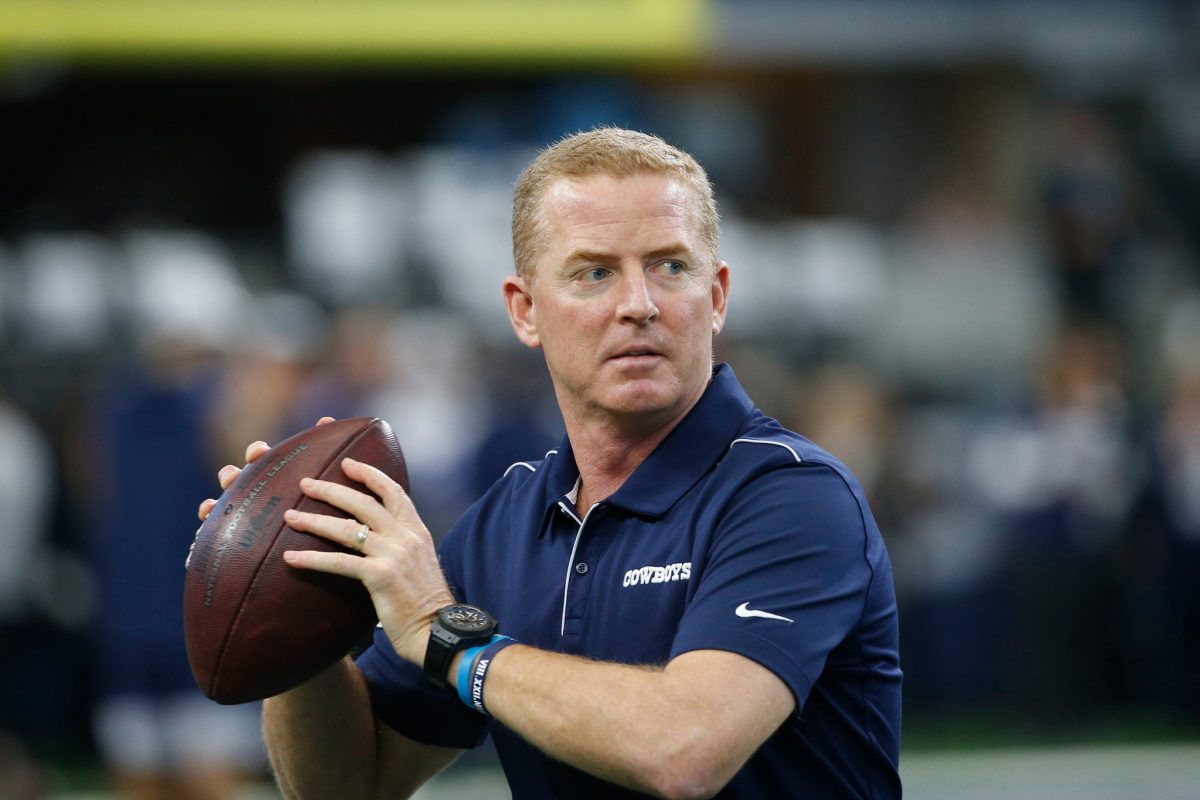 During the first half of 2022, the sports world was devoured by  off the field activities, lots focusing on broadcasters shuffling from one network to the next to streamers. CBS’ NFL coverage will pretty much retain its steady lineup. NBC, ESPN and Fox have made lots of moves. The last big announcement was made by the Peacock, bringing in Jason Garrett for Sunday night peripheral NFL programming.

Garrett failed to take the Cowboys to Jerry Jones’ promised land and was let go after pressure mounted and the 2000 season ended. In 2021, he was the Giants’ Offensive Coordinator but the offensive side of the ball wasn’t very offensive so Garrett was dismissed just before the end of the  season.

Still, the peripatetic sideliner always impressed me as honest and cogent. A former Princeton quarterback, he’s obviously no dummy. In 1989, Garrett earned a degree in history from the Ivy League school. Jason did his senior thesis on “The Revolt of the Black Athlete as Initiated by Harry Edwards.” But he hit rock bottom after fired by the Giants’ quick failure. He’ll do well in the TV studio because he strikes me as a natural teacher.

The move to sign Garrett could turn out into a real good move by NBC after it misguidedly hired Maria Taylor who’ll likely continue to spew inanities while keeping her eyes on the desk of the Today Show. She’s a bull in a china shop with limited football material to share.

We’ll see how NBC takes advantage of Garrett’s knowledge and experience. The network’s head production man, Sam Flood:  “Jason was always a great listen at our NFL production meetings with the Cowboys. His insight and intellect are a winning combination. We are excited to add him to the FNIA (Football Night in America) team. In his brief time as an analyst on our USFL broadcasts, he already breaks down plays in a welcoming style that gives unique insights about the ‘why’ of a play — Why did it work? Why did it fail?”

Ex-German marine and trumpeter Bert Kaempfert  turned into an American band leader after the war. Did you know that he produced Hava Nagila? 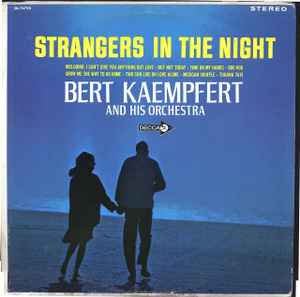 Sorry to steer off track for a moment.

German born Bert Kaempfert was a big name in America in the 60s and 70s. He passed in 1980, somewhat suddenly, a young man at age 56. In the late 1960s, I loved taking the subway down to the NBC studios at Rockefeller Plaza and watching the daily Match Game being recorded. (No, I didn’t do it everyday but I grew a love for it.) Gene Rayburn (1917-99) was the host. Gene’s roots were radio, doing mornings on WNEW in New York.

Guests attending the recording would have to be seated about an hour or so before the show started. Johnny Olson, a stentorian, who could make the mic quake, would do commercials and introduce Gene. Ten minutes or so before the show, Johnny would greet the guests in the studio and extemporize through the rules on how to behave.

Johnny might have seen me there a bit too often. One day he wondered why high school kids (essentially, just me) were at NBC and not in the classroom. I felt a bit embarrassed. When it was time for Johnny’s intro of Gene, his thunderous voice energized the guests. For me, the experience was uplifting, other than the nefarious eye I suffered got for not being in school.

The Match Game’s theme music was Kaempfert’s ‘A Swingin’ Safari.’ Bert was a prolific producer of music and well known at the time. His instrument was the trumpet.

I tell this story because I learned something about Bert while searching for something else. Few knew this. There were those who knew he served in the German Navy during the war and also led a German musical band. But I have never been able to find much detail. What activities he did or didn’t engage in during those hideous years, is unclear. But we know that he pumped out tons of musical hits.

From what I can gather, star horn-men like Al Hirt and Herb Alpert were also fans of Bert once he began spending time in America. His music had a Klezmer sound to it. Today, the PC world might explode in protest. We now live in a more restrictive world. Today, Kaempfert could have been driven off stage. Again there’s no evidence from what I looked through that Kaempfert ever committed any war crimes.

Born in October, 1923, he was 16 when Hitler attacked Poland and uprooted the world. A couple years later, FDR addressed Congress after the bombing of Pearl Harbor by the Japanese, labeling it as, “A day which will live in infamy,” the president told the nation.

Last week, while looking for something else, I came across this of all things. A man who served in the German military during World War II, later played the Israeli folk song, Hava Nagila:

What a great story about Bert Kaempfert! There’s a story about Johnny Olsen, that just as they were about to film, he’d tell the most ribald joke he could get away with to get a roar from the audience, so the show began with the audience all excited. I wonder how many who watch The Price is Right realize he’s the one who started saying, “Come on down!” As for NBC’s Sunday Night Football, I’m reminded of when Eric Sevareid was asked about how his CBS commentaries didn’t often take a clear, easily defined position, and he said that in… Read more »