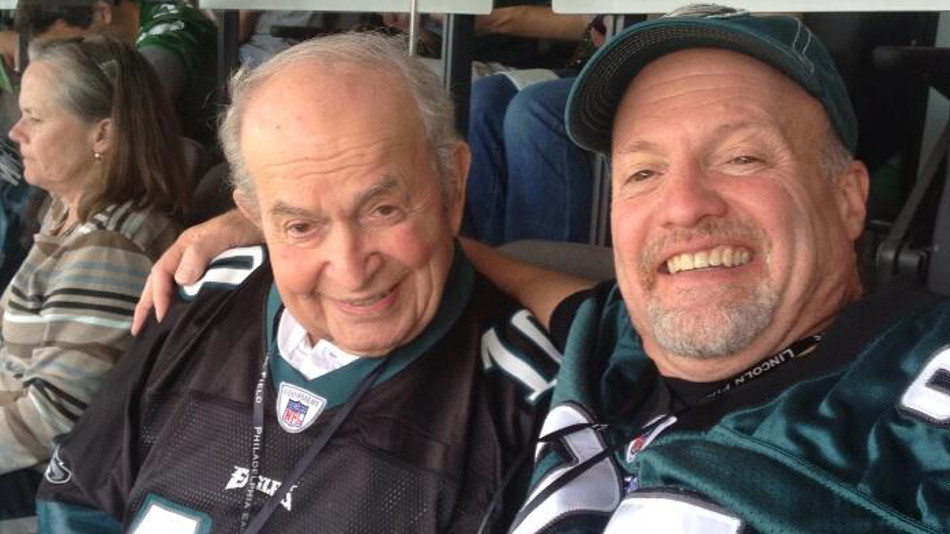 There’s a street performer here in Boulder, Colorado who for many years has been a fixture on the Pearl Street Mall. He’s known simply as the Zip Code Man. He challenges the many out-of-towners frequenting the mall to give him their hometown zip-codes.  He’ll then immediately  identify exactly where they live. There are some 43,000 zip-codes in the country. No easy feat!

Give Jim Cramer a stock symbol and he’ll do more than give you the name of the company the symbol represents. He’ll give you a complete lowdown on its business, its value and his assessment of its future. The New York Stock Exchange by itself has some 2,800 listed companies.

You’ve likely seen Cramer on CNBC and have watched him in action. He’s not only brilliant, his energy is irrepressible. What you might not have known is that he also breaks down sports with equal zeal; with the same lightning quick, thumbnail appraisal that he evaluates stocks.

Cramer grew up a huge sports fan in Philadelphia . He loved listening to the local and national sports announcers. Before becoming a wealthy hedge fund manager, Cramer tried his hand in sports reporting so he undoubtedly has a passion for broadcast sports.

While waiting impatiently for Sunday’s game, Jim took time to talk sportscasting. He didn’t hold back. You’ll enjoy our exchange of questions and answers.

I understand that you watch Eagles’ games with the audio down, tuned to the radio broadcast of Merrill Reese and Mike Quick. You were quoted; “Whenever Merrill raises an eyebrow – and he does it through the radio – I get loud and upset.” What makes Reese’s play-by-play special to you?

You must listen to these two men. And Merrill isn’t just the voice of the Eagles. He is the voice of all sports. He’s a titan. He’s the kid in all of us. But when he and Mike get critical you know that something ‘s very wrong and they can be very critical in their own circumspect way. Sometimes when I am feeling down I watch some fabulous plays on YouTube with Merrill –the great punt runback by Desean (Jackson) against the Giants, the amazing touchdown pass by Randall (Cunningham) against the Bills, any hit by (Brian) Dawkins. They make me want to cry with happiness. I take a selfie of me and him every year at training camp. We always listen to him (Reese) when we are in the Eagles’ box. He’s in my head right now. He can make a two-yard run into a heavenly gallop…

Sports are in your blood. One of your early jobs was a vendor at the old Veterans Stadium in your hometown of Philadelphia. The town had and has great voices; By Saam, Harry Kalas, Bill Campbell, Andy Musser and Reese among others.  Who were your favorite sports announcers growing up, both locally and nationally?

First of all, Harry Kalas is the new guy. I know, he’s now long past but he will forever be the new guy with the fabulous voice. I loved Bill Campbell’s deep tenor. How about when By (Saam) said “it’s Philadelphia Phillies baseball time.” But it was Whitey (Richie Ashburn) whom I loved. Whitey would call the game as my friend. He liked me and he knew what I wanted to hear. His voice wasn’t great. He had no majesty. He was the regular guy which is why we were pals. Except I never met the guy. I was in (Pennsylvania governor and Philadelphia mayor) Ed Rendell’s office the day he died and I wept. Whitey was never afraid to say that the Phillies were bad and they had some bad years and if he said they were bad they were bad. He’s calling the games somewhere. MLB.com should give us replays.

If you had to buy stock of one of these play-by-play announcers who would it be, Al Michaels, Jim Nantz, Joe Buck or Sean McDonough?

Al Michaels is a total pro. If he is calling an Eagles game then he is right down the middle, not pro or anti. You can keep him on and have Merrill on a delay and it is fine. My wife thinks I am nuts to have both on but Al favors no one and that’s all you can ask. What a terrific voice. I would like him to call me watching the Eagles!

How about Tony Romo, Troy Aikman or Cris Collinsworth?

Cris is creative and his son (Jac) is fabulous, too. He just seems like a real good guy and he is tremendous with Al.. reminds me of the MNF games of yore. Sorry. Troy’s a Cowboy. But Romo?  He is insanely good .. he’s scary good.

He seems to know every play. He’s a rascal, too. When he saw me at the Vanity Fair party two years ago after the White House correspondents’ dinner he said that he would make me a Cowboy fan. I told him NEVER gonna happen. My wife, Lisa, happened to be down the hall from me. When she came up to me Romo, came over and said “Lisa, you are as beautiful as you are smart. I can’ t believe you are with this Eagle fan. Honestly you are way too good for that. You are so special.”  Lisa turned to me and said “You’re a cowboy fan now or else!”

Did you yourself ever want to be a sports announcer?

OMG yes. I covered sports at college –worked my way up to editor in chief from the sports side writing “crème de la cramer” about sports. I covered some FSU and FAMU football games. Sometimes I narrate the football games now. Drives my wife crazy. I am more of a color man. Sometimes I just want to be Adam Schefter’s assistant answering his fourth phone. I play fantasy and I narrate all of the games my guys are in. “The give is to Kamara, he scampers left, cuts right, there’s white space, he breaks one tackle, two tackles, and it’s a touchdown , it’s a touchdown it’s a touchdown!’

Credit to Merrill (Reese) of course.

If the Eagles win, will you recommend to your audience that it buys stocks? Any empirics suggest that the market does better when the NFC team wins the Super Bowl?

If the Eagles win, sorry, I don’t care about the stock market for at least 24 hours.