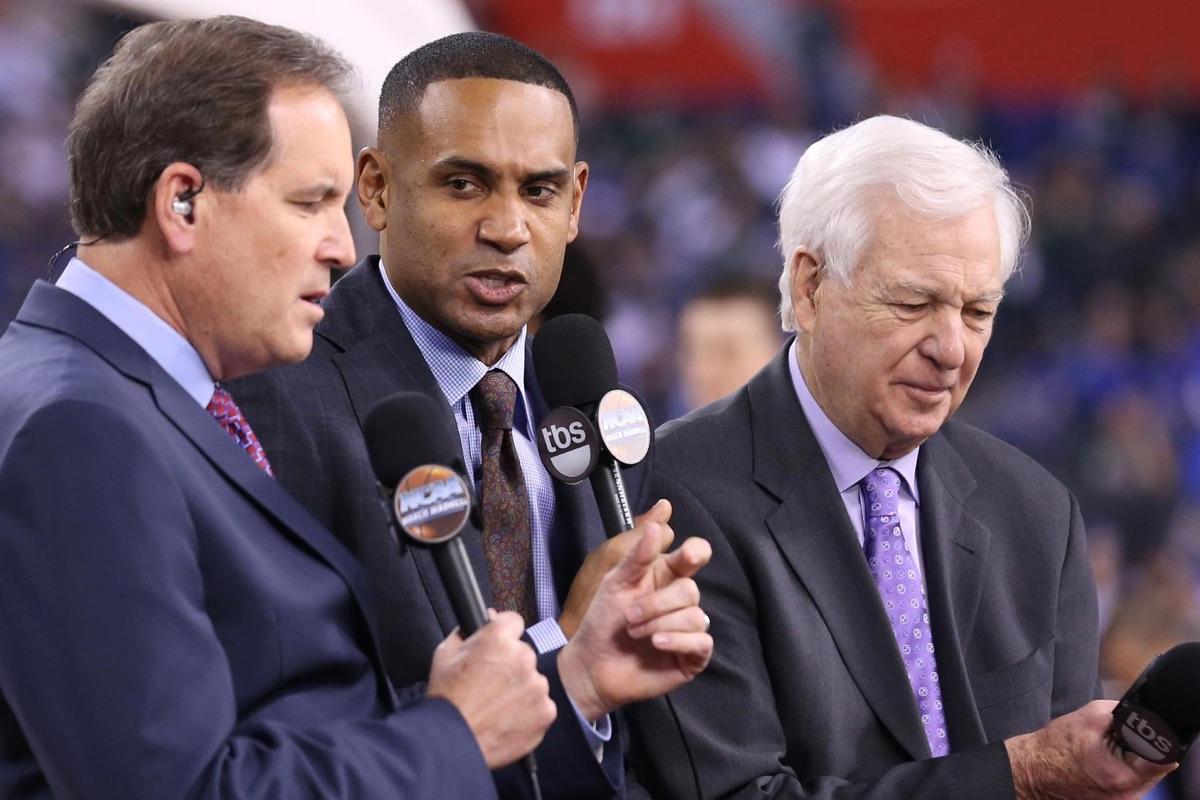 There’s a reason that Jim Nantz is at the very top rung of CBS Sports broadcasters. He’s adept at playing the hand he’s dealt. If he’s asked to work with an analyst who has an edge like Billy Packer, he’ll set him up perfectly and carefully. He did so for 18 years.

If he’s asked to work with two analysts, one with a strong presence and another whose assessments are not quite as insightful, he’ll generally turn it over to the lead personality Bill Raftery, and let him engage Grant Hill. Nantz will also know the questions that he can pose to Hill directly. He’s not one to play bookkeeper, yet has a good sense of how to tailor his own comments to effectively engage his on-air partners.

Jim keeps the broadcasts moving fluidly even at the expense of having to economize on his own commentary.

In many ways, Nantz is a minimalist. He’s a cross between Ray Scott, the father of succinct TV captioning, and his idol Jack Whitaker who presided with oratorical brilliance. The 34 year CBS vet lets the picture tell much of the story and his commentators elaborate on why. He doesn’t get in anyone’s way, doesn’t shout and never over-talks. After big play or small, he’ll share something with viewers that they might not know. He does so with excellent timing.

A basket and a foul might warrant him to do no more than provide the number of points the player has scored and maybe his school year, his hometown and perhaps a quick personal trait or story. He’ll then shut up and let the other two fellows underscore something else of significance. Nantz rarely if ever raises his voice. Top rung network broadcasters rarely if ever do; not Al Michaels and not Joe Buck.

Nantz does most everything with dignity and with a smile. Working in an easy-going manner, viewers feel comfortable. To some he might sound corny, yet to most Americans he’s warm, fuzzy and welcoming. Liked by his bosses, he’s always cognizant of where his bread is buttered. His demeanor reflects the CBS image on camera and off.

The New Jersey raised broadcaster moves seamlessly from football to basketball to golf. He’s living a dream and this is his favorite week. From Minneapolis, Nantz, who turns 60 next month, heads to Augusta.

He presides with an air of confidence and conviction that come across the airwaves with reassuring class.

This was the first article of yours that I’ve read…but it certainly won’t be the last! Completely agree with you on Nantz…well said!