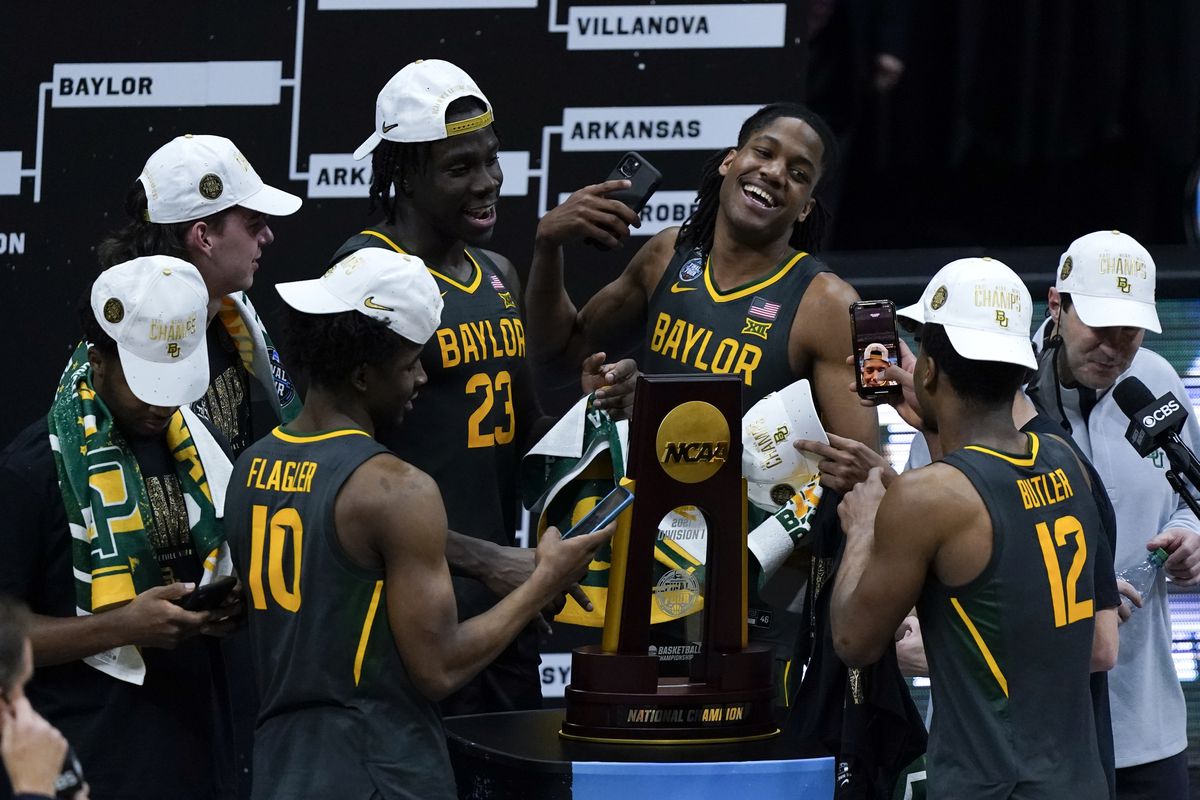 CBS hosted the NCAA national championship game on Monday night and this is how I saw the work of the voices in general and broadcasters Jim Nantz, Bill Raftery and Grant Hill individually.

In a tournament full off upsets, it’s interesting to note that the top two teams in the country were matched up in the finals. We all know that Gonzaga came into the title game on an unparalleled wave of confidence, following Saturday’s near-miracle shot by freshman standout, Jalen Suggs, in a thrilling, last-second win over UCLA.

The NCAA Finals on CBS: Grant Hill was assertive, taking a lead role at times; Nantz and Raftery solid

At the top of the broadcast, Hill said he wants to see how the Bulldogs start the game. Will they play with strong and untiring determination or will they still be in a bit of a fog after the Saturday celebration? Hill referenced his own experience at Duke when the Blue Devils clobbered an undefeated UNLV team in the 1991 national semi-finals. Hill said Duke came out flat for the title game against Kansas but eventually turned it on and won the national championship.

After Gonzaga fell behind early, Grant questioned whether the Zags had the fortitude to bounce back resiliently. The Bulldogs took almost four minutes to score their first point.

Baylor’s biggest strength is its guard play. Davion Mitchell, Macio Teague, and Jared Butler. All three excel in isolation, specifically with their dribble penetration and 3-point shooting. The guards were able to get to the rim all night or create enough room for open looks from deep.

Offensively, Baylor plays lots of high screen-n-roll. Gonzaga responds by switching defensively which often gives offensive players advantages. The Zags would put their big man on a Baylor guard at the top of the key, giving the guard plenty of room to abuse the mismatch in isolation.

Raftery said this was one of the most important defensive adjustments Gonzaga had to make in the second half. He said the Bulldogs should go underneath the screen instead of over the top. Going under the pick n’ roll gives the ball hander a sliver of an opening to slither to the rim or to shoot. In the NBA, doing so defensively can be deadly, given the great shooting and driving talent of offensive players.

I wondered why Raftery made the suggestion given the risks mentioned. But he never got into it in depth. Raf has a tendency to bellow arcane technical terms without taking viewers into the weeds. Maybe he’s leaving the details for Lilly of AT&T.

Grant Hill added that with four shooters on the floor it spaced out the court sufficiently, giving Baylor guards a wide-open lane to drive down.

Baylor jumped on Gonzaga early, and one of the ways it did so was with irrepressible offensive rebounding. The Bears out offensive rebounded the Bulldogs 16-5. Mark Vital was a huge part of this tenacity. He was able to create space and boxout with his size. Vital is 6’5” and bulky at 250 pounds.

Raftery said Vital reminds him of Charles Barkley with his size and rebounding ability. Nantz quickly interjected how Vital considers Charles Barkley an idol. Jim added that when Barkley heard this he gave Vital a call who was thrilled.

Gonzaga came into the game with the highest scoring offense in college basketball. The Zags are generally unselfish and cut to the basket very well. The Bulldogs like to play through their star big-man Drew Timme. Baylor knew this and made it its top priority, attempting to prevent Timme from getting touches. Raftery pointed out how the Bears would send a help defender anytime the 6’10” big man posted up. It discouraged Gonzaga from passing the ball down in the post to him.

Hill pointed out another reason for the success of Baylor’s defense in this game was its unrelenting hustle. The Bears pressed the Bulldogs and were in their faces all night. The Baylor defenders sprinted from one player to another, so even if the Zags got an open look, they had to shoot immediately or a Baylor defender would be right there to harass them.

Baylor was able to get into passing lanes forcing turnovers from a team that generally plays tidy offensive basketball. Raftery said Baylor’s suffocating defense was preventing the Bulldogs from getting into their normal ball movement and forcing them to stagnate and to take difficult shots.

Three is usually too many in the booth, and that was the case for some of the night. In the first half, I didn’t hear much of Hill. It seemed like Hill was almost extraneous, which is easy because Raftery’s glib and can dominate basketball conversations of any sort.

When there are two analysts, I prefer back-and-forth. On NBA broadcasts, a good example is the interaction between ESPN’s Mark Jackson and Jeff Van Gundy.

Hill was particularly vocal, observant and opinionated in the second half, getting himself more involved in the broadcast.

Nantz did a wonderful job as usual. He was able to provide timely numbers but nothing too complex. The numbers or factoids  generally supported what Raftery and Hill just said. Jim’s also real good at getting out of the way and giving his mates time to talk.

Funny, Nantz rarely asks his analysts questions but truth be told, Raf and Hill opined all night without solicitation.

The broadcasters overall did a real good job, perhaps a bit better in the second half when the gap opened up. I give them an A.