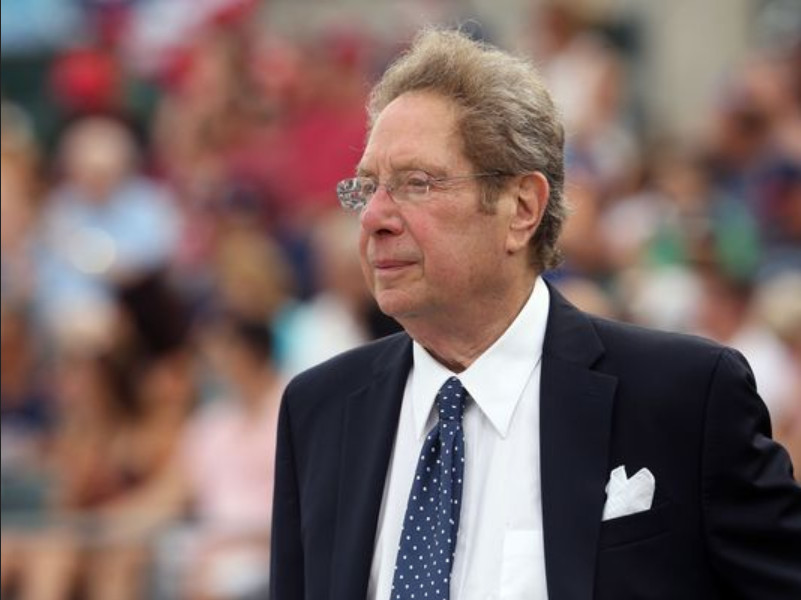 John Sterling - 30 years in the Bronx

John Sterling’s first foray into New York radio was somewhat successful. He certainly left his imprint; hosting a pioneering and provocative talk show from 1972-78. John also embarked upon his first voyage calling games regularly; New York Raiders of the WHA, New York Stars of the WFL and later the Islanders and Nets. ( Sterling – Part One – The Early Years  )

Sterling though was out of work after the 1979-80 Nets season but didn’t crawl through darkness very long. His unemployment didn’t weaken his resolve to land on his feet. He’s not one to question himself and doesn’t lack for self-confidence.

There are new companies that have novel conceptual frameworks, but they’re formed too early to withstand the crucibles of the marketplace. One was Enterprise Radio, 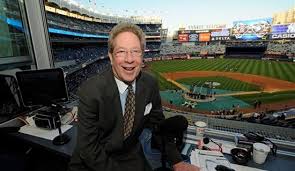 the first fulltime 24/7 national sports-talk radio network. It launched in January,1981, a creation of Scott Rasmussen, son of Bill, founder of ESPN. The devil is in the detail. Doomed from the start and underfinanced, Enterprise was out of business by September. John Sterling hosted a show there. He was gone, including future network stars Kevin Harlan and Sean McDonough, young interns at the bankrupt company. At some point, Sterling also auditioned for work in Pittsburgh.

Soon after, John landed on his feet in Atlanta, hosting a talk show at powerful WSB. College football is always a Saturday religion in the South, especially when Herschel Walker is building his Heisman credentials and leading the beloved Georgia Bulldogs to a national title. Sterling though had little interest in college football and made it fairly clear to his listeners. Sparks started to fly right at the outset.

John cultivated his way back onto the play-by-play airwaves, first doing the Hawks and later the Braves. He worked both TV and radio. Neither of the gigs sailed without a hitch. John dominated the basketball mic. His color commentator at one point, Walt Frazier, complained that he wasn’t being given sufficient runway by John to contribute.

After Sterling started with the Braves, viewer complaints flooded the desks of team owner and TBS heads, Ted Turner and Bob Wussler, respectively. John later said he went up to see Ted who told him not to worry about it. “You’re new,” Ted said to him. (Did Ted mean new to baseball or new to the telecasts? Both were accurate.)

The complaints didn’t subside quickly. For that matter, a fan named Joanne Todd, initiated a public fan protest, asking those viewers who didn’t like John to send $1 to the American Cancer Society. She said John was too wordy and wouldn’t give the audience time to breathe.

It was then that radio rightsholder WABC brought Sterling back to New York to do Yankee broadcasts. He’s been there since. This is his 30th season. From the moment John set down his mic in the Bronx, he’s been the subject of ongoing beratement.

His body of baseball work is made up of stream of consciousness commentary, tendentious judgments and knee-jerk reactions. It is redolent of a broadcaster whose roots are in talk, not one who is a melodically trained to do everyday play-by-play .

For example, when the Yankees played in Toronto’s Skydome for the first time, he tried to paint a picture of the hotel that overlooks the field. He gave up in middle of his attempted description, “You’ll get a chance to see it,” he finally said.

From my perspective, there are welcoming qualities John brings to the mic.

There are buts; my own and those heard from John’s colleagues through the years:

Sterling has survived a hail of protest.  And by his own admission, he’s impervious to the unending cacophony of disparagement. There were reports that over one hundred websites lambaste his work regularly. But John could be unaware. He never embraced new technology and doesn’t know the internet from a passed ball.

Past partners Michael Kay, Joe Angel and Charley Steiner struggled working with him in the booth. He and Suzyn Waldman have developed chemistry. They’ve been around so long that many fans find them a comfortable listen.

Fans would say “How can George Steinbrenner hire him?” One reliable inside source said that The Boss wasn’t happy that fans questioned his judgment. So he told his people, “They can’t tell me who I can hire.” Thus he kept him. Whether or not Steinbrenner told Sterling that he has a job for life, which Sterling claims he did, we’ll never know. Steinbrenner died in in 2010.

The critics for the most part haven’t relented. An assortment of deriding comments through the years; Phil Mushnick in the New York Post; “Sterling puts self promotion over accuracy.” Bob Raissman in the Daily News, “Sterling puts himself ahead of the game.” And the New York Times, Richard Sandomir jotted, “He’s so unlistenable.”

I got an update from Sandomir this spring on whether he’s changed his thinking about John: “Sterling is most definitely an acquired taste — with his home run calls, nicknames and missed calls. If I’ve changed my mind at all it is that I recognize his popularity with some Yankee fans and that some of his calls are amusing.”

The flagship station is WFAN and its own morning team took one of Sterling’s badly botched calls to task. Boomer Esiason and Craig Carton replayed and dissected it on air several times in one segment, all in an effort to figure out what actually happened on the play under question. It was a cringing if not indicting investigation of Sterling’s failure to cover the basics.

Sterling’s general response is “All play-by-play announcers make mistakes.” Or in a humble moment, he’ll say, “I can be faster.”

At least three announcers have complained about Sterling, saying that he reached out to stations and teams, promising them better ratings or higher attendance if he’s hired. Two involved basketball gigs that he was hoping to get in baseball’s off season. Chasing jobs that are already filled is viewed as unprofessional or even diabolical by fellow announcers.

After all these years that Sterling said influential columnist Peter Vecsey drove him out of New York in 1980  (for  broadcasting Nets games inadequately and in a self serving manner), I asked Peter this spring what if anything about Sterling has changed: “You mean, besides inserting himself into every other sentence, the inane self-serving drivel and seeing a game that no one else does, because it’s not the one going on at the moment, or perhaps ever? Nothing.”

Sterling does every inning by himself. For an 80 year old man that can be risky. Consider the travel, the doubleheaders and few off days for 7 months. There are times he is on-air for 7 or 8 hours straight.  Vin Scully in his heyday, as a younger man, had Jerry Doggett who called two innings a game.

Heck, the listener needs a break and change of pace too.

Had Sterling stayed on track, hosting talk shows, who knows? He could have been a late-night television personality like a Dan Patrick, Chris Russo, Jim Rome, Mike Francesa, Colin Cowherd or even a version of Stephen A. Smith.

John is a lightning rod. In some ways, entertainingly so!

(Coming Monday: Play-by-play pairs – a baker’s dozen list of the all-time best – across the country!)

Well, if John truly “doesn’t know the internet from a passed ball” it is unlikely he will be reading this article about him.